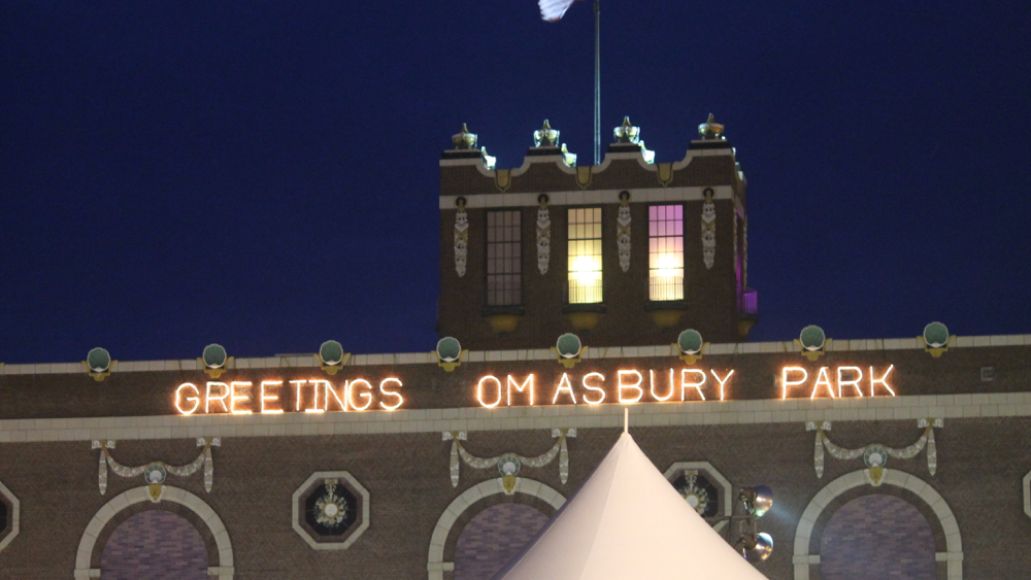 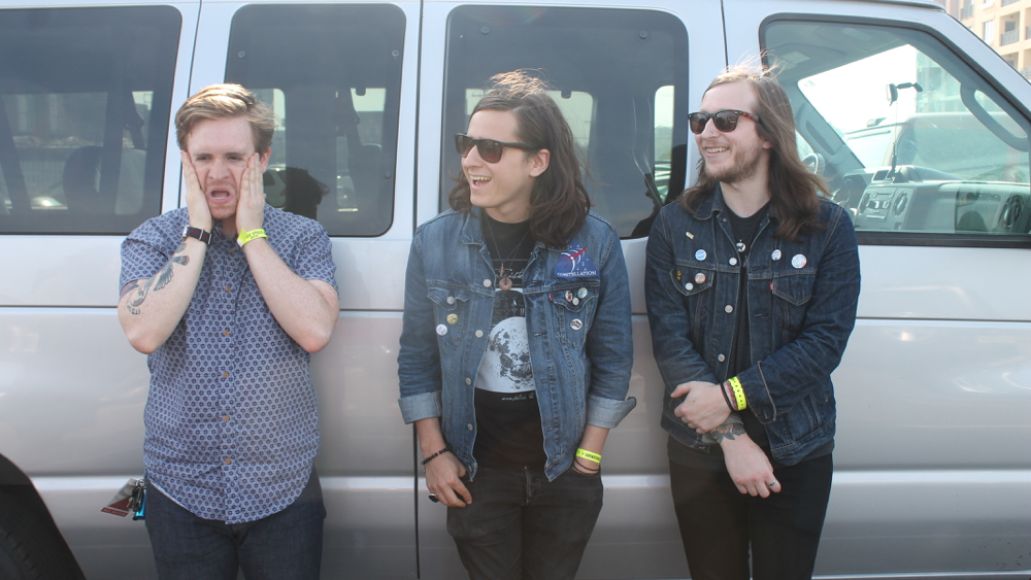 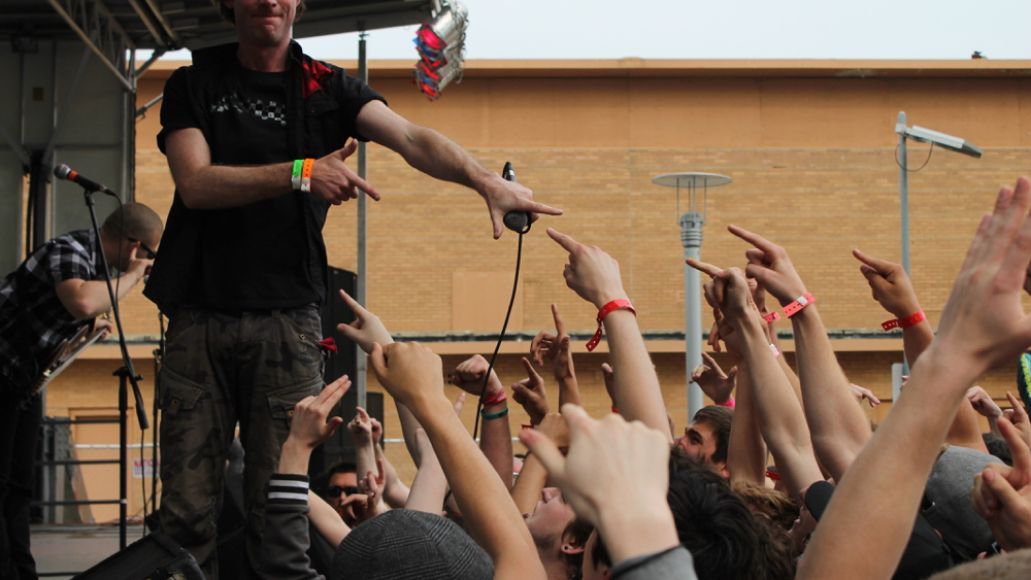 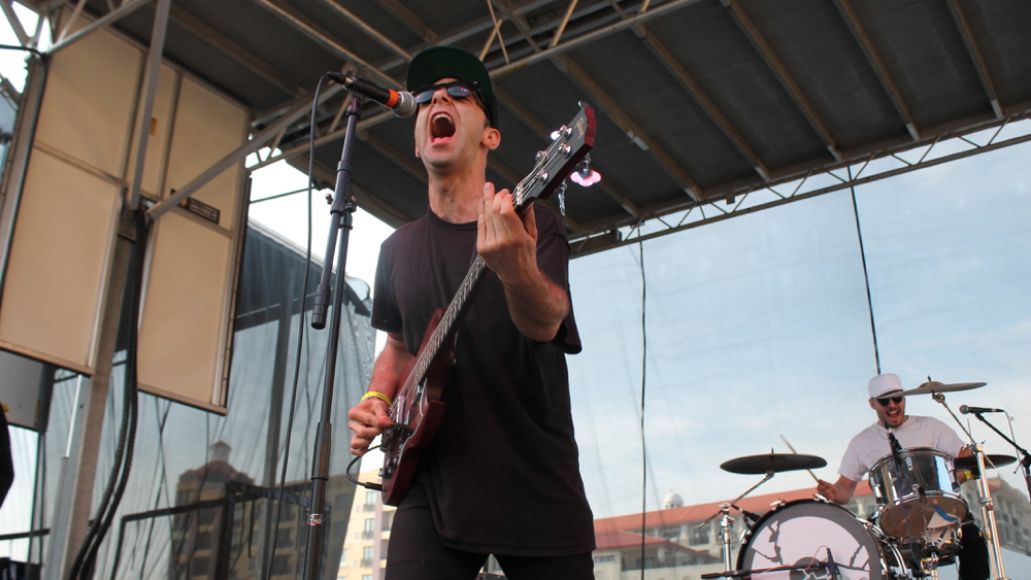 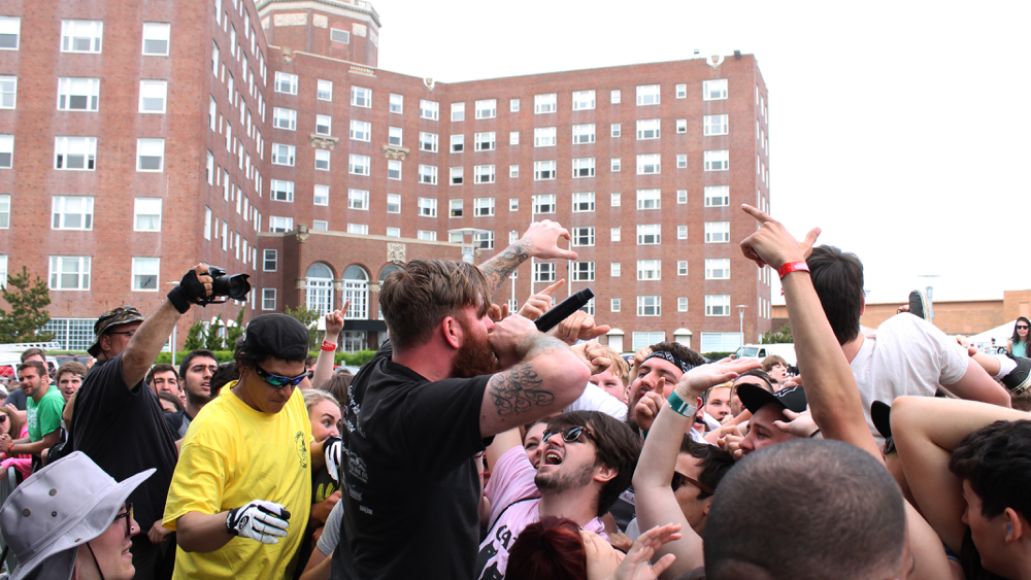 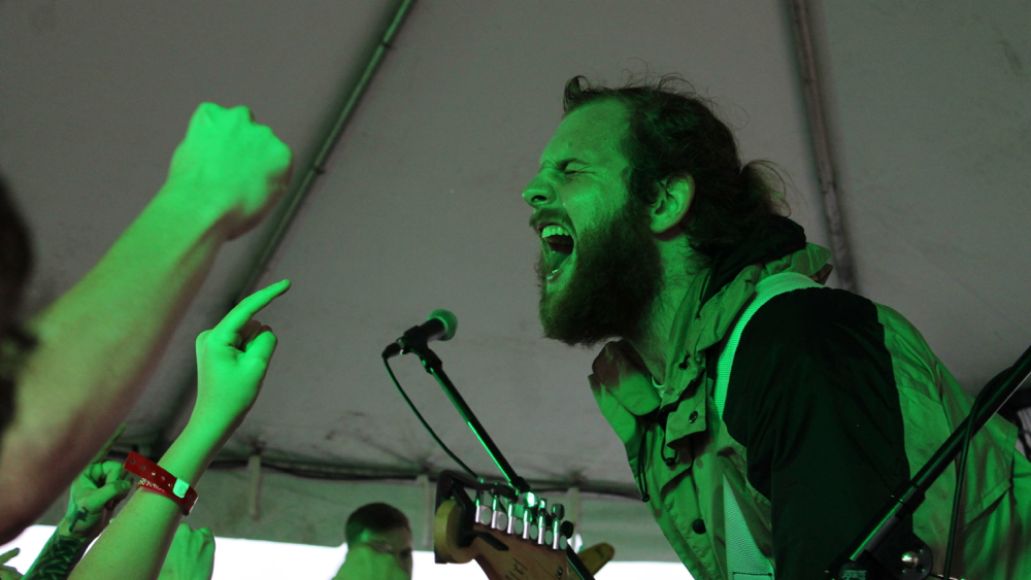 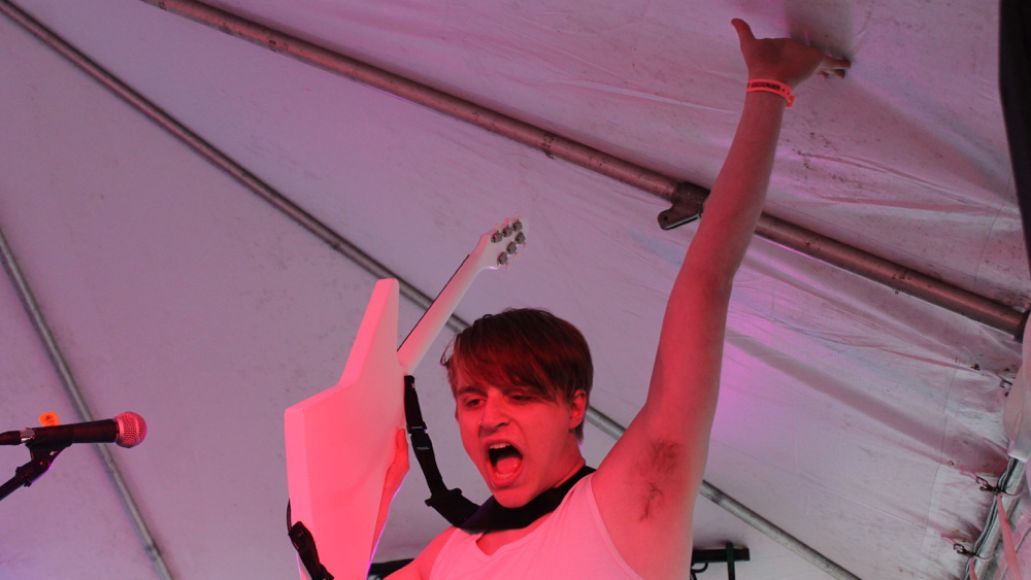 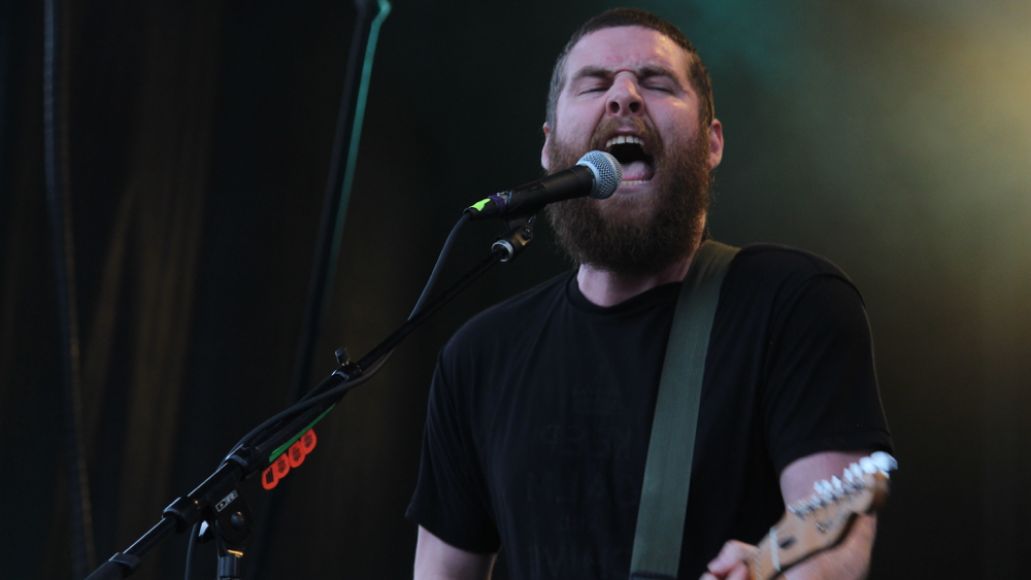 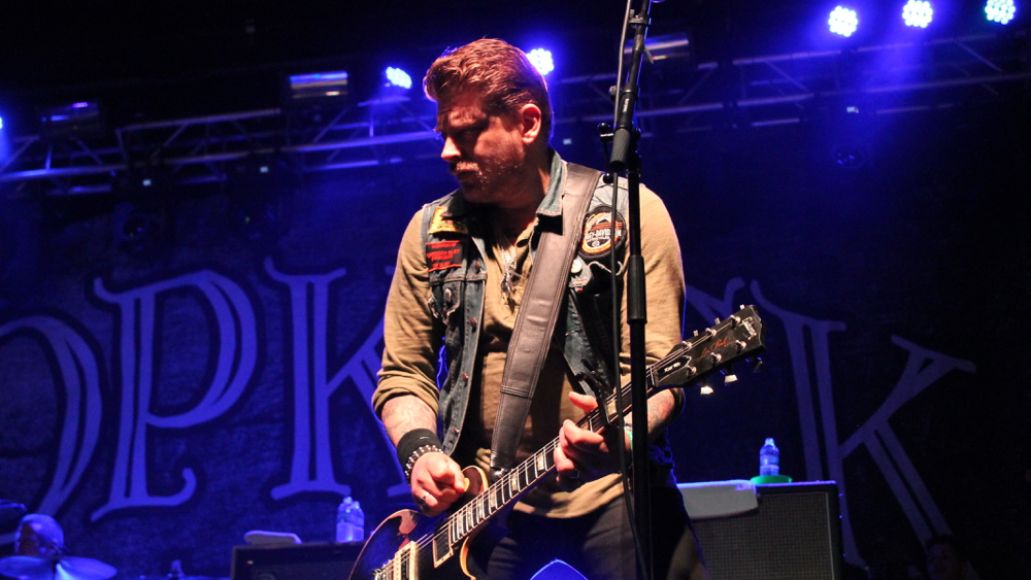 Dropkick Murphys opened their headlining set on Saturday with “The Boys Are Back” from their most recent album, Signed and Sealed in Blood. After saying that they would be performing their first album next weekend in Las Vegas, Dropkick Murphys frontman Al Barr explained the band would be digging into the archives for their Skate and Surf set in preparation – a refreshah – for a set chock full of great throwbacks, like Do or Die’s “Finnegan’s Wake” and “Barroom Hero”.

A little ways into the set, the stormy skies overhead that threatened all day opened up and a light drizzle turned into a downpour. “Where ya goin’,” Barr bellowed from the stage at fans heading toward the exits. “They must be emo fans, goddamit!”

The band finished strong with a medley of three covers (Bachman-Turner Overdrive’s “Taking Care of Business”, Grand Funk Railroad’s “We’re an American Band” and the Ramones’ “Blitzkrieg Bop”). But Dropkick Murphys saved the best for last with an expectedly rousing rendition of “I’m Shipping Up to Boston” as the soggy crowd got a second wind and belted out the words. 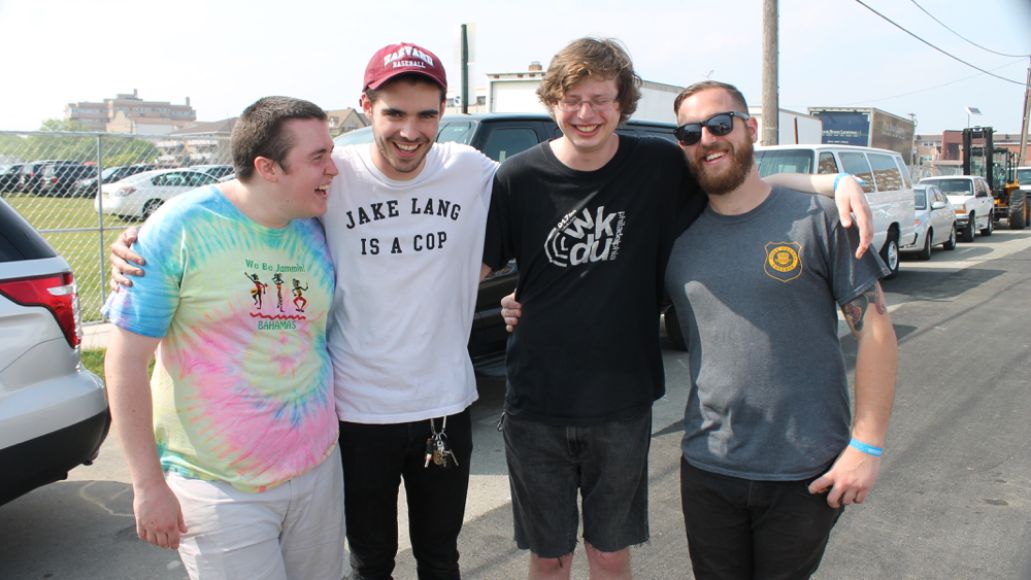 Fans assembled early and en masse for Modern Baseball’s Sunday set, which kicked the day off at the GameLoud Stage. (In a bit of irony, The Gaslight Anthem would later close out the festival on the very same stage, and Modern Baseball’s “The Old Gospel Choir” is a direct reference to the line in Gaslight’s “The ’59 Sound.”)

“What up fam?” guitarist Jake Ewald jokingly asked the large crowd before the band launched into “Fine, Great”. Modern Baseball kept things loose and lighthearted, like playing the riff from Black Sabbath’s “Iron Man” before transitioning into “Rock Bottom” and singing a bit of Sublime’s “Santeria” during the outro to “The Weekend”. 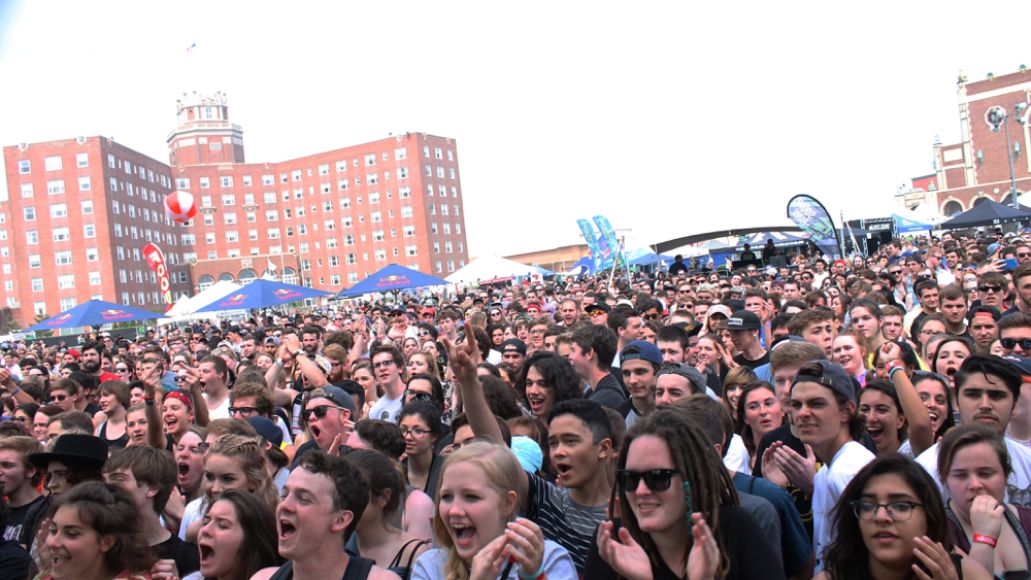 For their second-to-last song, the band covered the Killers’ “When You Were Young”, which received an enthusiastic singalong from the fans. They closed their set with “Your Graduation”, with drummer Sean Huber leaving his kit to provide lead vocals. As he leapt off stage and stood on the security barrier to finish the song, an incoming crowd-surfer completely took him down. The short, 35-minute set just wasn’t enough to satisfy the eager fans.

“It was just nice, too because – secret – we didn’t practice. We just all have been really busy with school and this and that,” vocalist/guitarist Brendan Lukens explained. “So we honestly did not have time to practice. We did 200 shows, we’ll be great. After the first song, it was like, ‘Thank god!’”