Like most streaming services, TIDAL has taken a lot of flak lately. After downloads of the app plummeted and fellow artists questioned its business model, Jay Z was recently forced to come out in defense of his high-fidelity streaming service. Now, though, an unnamed indie record label has provided the best evidence of all in support of TIDAL: its earnings report.

Posted on Digital Music News, the data makes it clear that TIDAL averages almost double the royalty payout to Spotify. Spotify claims to pay an average of .72 cents (that’s $0.0072) per stream to rights owners; based on the numbers presented here, TIDAL’s average payout to the label was about 1.2 cents ($0.012). This number comes from taking the average Label Share Net and dividing it by the average Unit Price (bottom of the chart). Note that TIDAL seems to earn an average of $0.014 per stream, but that’s before the company takes their cut.

Speaking of cuts, the numbers here say the company keeps 30%, which is the industry standard that most streaming services follow. However, Jay himself said the company pays 75% to royalty owners, meaning they should only be keeping 25%. The discrepancy could be explained by the fact that this earnings report is for March, and TIDAL didn’t actually relaunch under its new direction until late March. Perhaps a more accurate look at the service’s payouts will come when April reports are available.

Also complicating matters is the fluctuating Unit Price, which exists due to the differentiating hi and low fidelity subscription rates. If more streams of a given song come from one rate versus the other, the earnings would obviously shift as well. The average Unit Price isn’t weighted, so we’re not seeing the purist of mathematical accuracies here, but it’s pretty close. 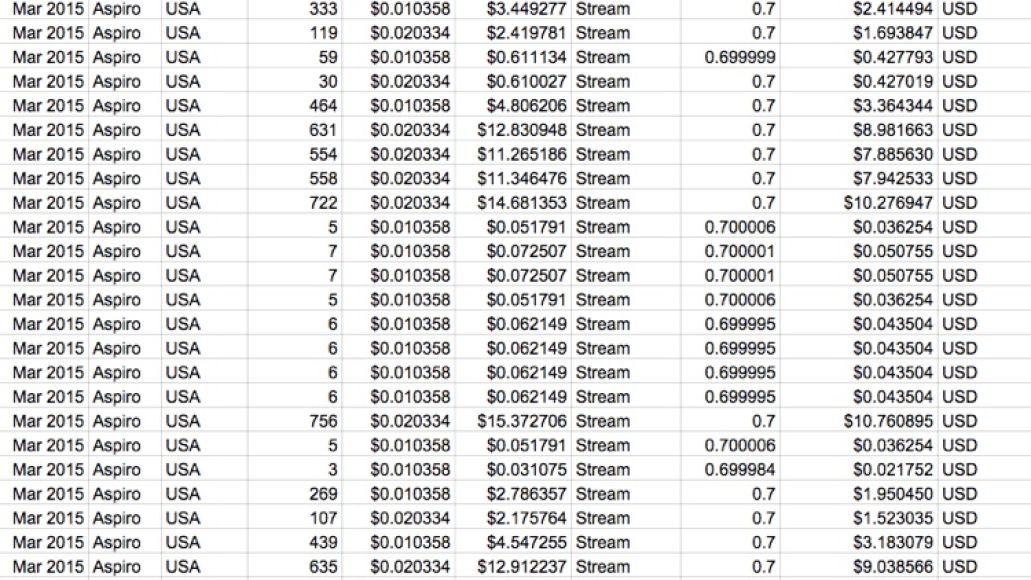