Leave it to The Roots to find common ground between two genres that don’t seem all that alike. Twenty-two years ago, their debut, Organix, and then its follow-up, Do You Want More?!!!??!, snaked around what the band does best: fusing the unrelenting force of hip-hop to the complex draping of jazz. They’ve always sounded like a group who knew they hit on something special right away, with listeners struggling to find anything else on hip-hop’s outer fringes to compare it to.

Given The Roots’ malleability and role as the house band on The Tonight Show Starring Jimmy Fallon, it came as no surprise eight years ago when they announced the first annual Roots Picnic at the Festival Pier in Philadelphia. “We grew it from the ground up, and we always understood that it had super potential,” says Black Thought, born Tariq Trotter, on the phone between a movie audition and rehearsal.

The Roots are what you might call loyal polymaths. Its members don’t fall into the comfort of salvaging projects that originally made them famous — Questlove’s Twitter bio ends with the line “oh I do have 15 actual jobs,” and Black Thought’s cites music, family, footwear, and fashion.

Maybe it’s their multifaceted approach to genres, industries, and projects that makes The Roots’ upcoming music festival on May 30th so potent. With three stages and nearly 20 acts, they pay homage to music veterans, find potential in new artists, and celebrate that diversified ethic they’ve forever fostered.

Black Thought recently chatted with Consequence of Sound about how The Roots laid the foundations for the neo-soul movement, the process of choosing their festival’s artists, and the next Roots album (spoiler: it’s on its way). 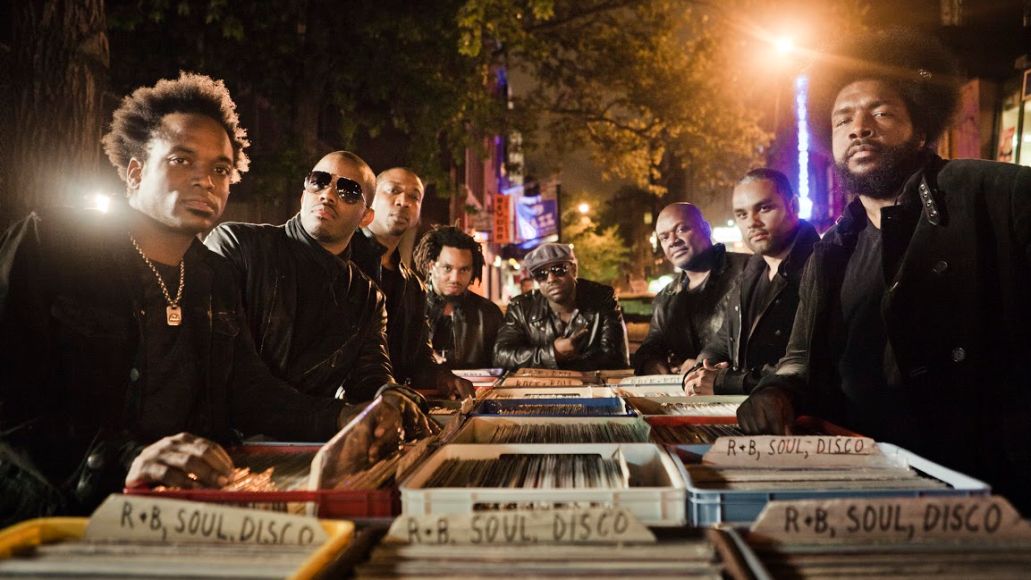 Are you in the recording studio right now?

Yeah, I’ve just come back from a film audition to work at my regular job at NBC. Never a dull moment.

You don’t need much sleep, do you?

Definitely not, but it’s not that I don’t need it. I don’t want it.

With all these industries you’re involved in, you seem to always be in this cyclone of good fortune.

How long do you figure The Roots can stay together?

I don’t foresee us breaking up anytime soon. As long as it’s possible for us to do what we do, we’re going to do it, ’cause it’s what gives us the will to carry on. I don’t know what I would do without music in some capacity. Well, I know what I would do, but I wouldn’t be that happy.

What would you do?

I would be trying to challenge myself artistically. Focus more on fashion and go full steam ahead on theater and movies. But without the music, there would definitely be a void.

Speaking of voids, what was missing from the music world when you debuted The Roots?

What was missing was live instrumentation and musicality. We came along when sampling was just getting really, really popular, and you know what was missing? A band or rap group that was able to execute that same level of musicality that was being sampled.

But even when you got together 28 years ago, it was never really just about hip-hop. Today, the eclectic mix of artists you have on the bill for the upcoming Roots Picnic is not that surprising.

Absolutely, but it wasn’t something that worked right out the box. We do a lot of trial and error to figure it out and become more efficient and effective. 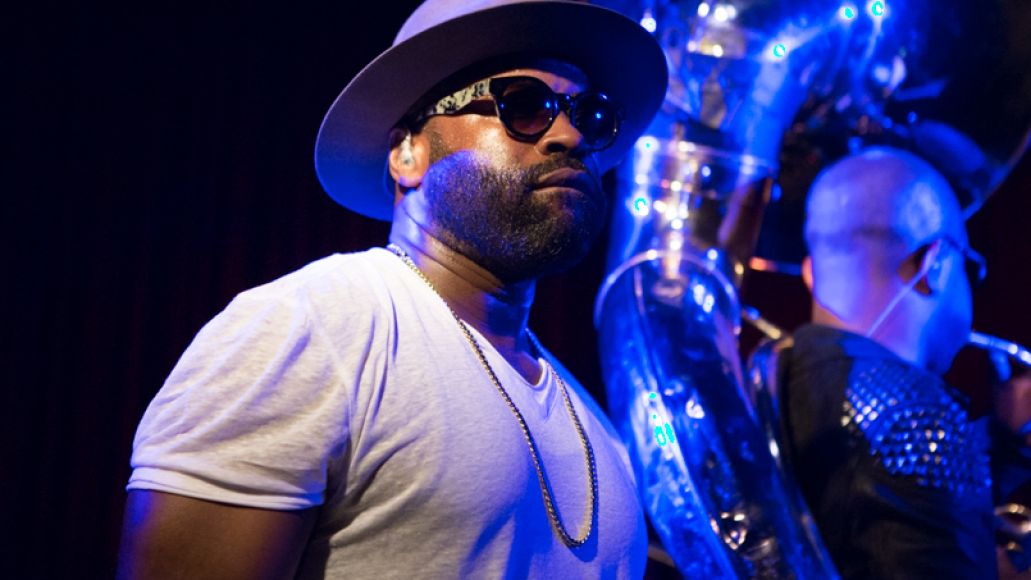 Other than growing up there, what is it about Philly that gets you to keep going back to the Festival Pier at Penn’s Landing?

The Roots Picnic is the ultimate homecoming for us. It’s an amazing and sentimental feeling. We’re Philadelphians first and foremost, and we’re ambassadors of the arts, so with that said, the Ben Franklin Bridge in Philadelphia is as iconic as the Brooklyn Bridge. It’s an iconic historic landmark and the perfect backdrop for us during that homecoming.

Is it like when the local sports team plays on your home turf?

The Roots Picnic is on its eighth year now, and it feels like it’s just getting bigger. Has it strayed from what you initially envisioned it to be?

Not at all. The blessing is that it’s exactly what we always envisioned it as. We originally tried to go through the proper channels — through the city council, local sponsors — and that proved frustrating. We wanted the festival to begin within a specific time frame, so we decided to just do it ourselves and start small. It has the potential to be on par with Lollapalooza, Bonnaroo, and all these other festivals that have grown. We grew it from the ground up, and we always understood that it had potential.

It seems that every project you get involved in, even Fallon’s house band, has some hidden potential that you unravel over time.

Absolutely. We don’t get involved in anything unless it has the potential to become more than what it is.

It’s a good way to be, especially creatively. You really never know which route things can go. Tell me about the process of building The Roots Picnic lineup. What are your criteria?

The way we figure it all out is a process of elimination. It obviously has to do with who we can afford. But we also want there to be a certain level of “discovery acts” — we want to catch artists ahead of the curve so we can be the first to give them a chance to present themselves. We also want to pay homage to other artists, so there’s a bunch of aspects. It’s a painstaking process, but it’s becoming slightly easier each year.

What is it about this list of artists that you feel best reflects music in 2015?

I look at this as, if this festival had to be put into a time capsule, would it be representative of where we are as Philadelphians, musicians, and artists in this point in time?

Yeah, we’ll be playing backup with Erykah, too. It’s a really good mix.

She was on one of my favorite albums of yours for the Grammy-winning Things Fall Apart track “You Got Me”. Is there anyone making music now that reminds you of what you were doing with Erykah?

I feel like what we did with Erykah in the late ‘90s was a moment in time, but it paved the way for other artists. There’s lots going on now. I might say “derivative” for lack of a better term, but I wouldn’t want that to be misconstrued. I feel like the groundwork we laid was the foundation for what became neo-soul. It was a movement. I feel like that has come and gone and what remains in its wake is just the best parts of it.

Is there anyone not in your lineup that’s moved you musically?

I like Kendrick Lamar’s new album and anything that Jim James is doing. I listen to all sorts [of music], and it all influences me.

It’s nice to hear that you’re fueled by a range of things creatively, not just what’s in your wheelhouse.

I want to be fueled, but it’s a delicate balance. I don’t want to be so influenced by something that it shows. You know what I mean? I want to maintain my own authenticity.

Judging by your Twitter feed, it seems you’re getting your real voice out there, too.

I’m trying to. It’s your opportunity to connect with an audience because the reward for your art is that communication.

You’ve addressed political issues for years in your music, and now you’re taking the same tack on Twitter. You’ve likened the police force to the Wild West, the “shoot first, ask questions never” mentality of the police in America. Some artists shy away from those topics. Is there anything you won’t discuss?

I don’t know, but that’s obviously a concern of mine from being on television. I work in a corporate situation. There’s a delicate balance. I don’t want anyone to take offense, so the only way around that is to own it all. I try to disassociate myself, even from the rest of The Roots. I’ll be honest, though: Nothing I’ve ever said in a song, a tweet, or in real life was something I didn’t believe in.

Do you feel like you need to take a break from the corporate life to record your new album? Or could you start writing songs for it now?

Yeah, we could do it, like, right now. We’re doing it as we speak. That’s the multitasking thing I was talking about. The busyness keeps us all going.

I’ve always loved the way you number tracks. Your last album counts to 181. So when do we get to hear 182?

I don’t know, but relatively soon. I feel like it’s time. I feel like we are embarking on a new chapter in our lives and in our careers, so it’s time to either make more music or to stop making music, and we’re not going to stop. Music is on the horizon.