Morrissey played a show at Madison Square Garden on Saturday evening. The concert itself wasn’t the most remarkable of feats, but the fact that the vehement vegan reportedly got MSG to go meat-free for the performance was. Well, as it happens, that wasn’t quite the case.

While Moz was performing The Smiths’ “Meat Is Murder”, violent images of slaughterhouses were displayed on the screen behind him and people in front of him were munching vegan nuggets and veggie burgers. That’s all that was being sold at the food stands that remained open around the venue. Meanwhile, up in the corporate seats, the high-rollers were chowing down on meatball sliders, chicken fingers, and sushi.

A woman named Jessica Pearson (presumably not the character from Suits) sent Gothamist images of the protein-rich chow being served up in the boxes. She included a note, which you can read here:

“This weekend I attended the Morrissey show at Madison Square Garden. Moz proudly announced that it was a historic day as Madison Square Garden went fully Vegan. Turns out it was vegan everywhere BUT the corporate suites. MSG offered up House Made Meatball Sliders, Hill Country Brisket Sandwiches, Cereal-Crusted Chicken Fingers, and Fresh Sushi Platters. Friends on the main floor ate vegan hot dogs. Thought you would find it amusing — though I’m sure Mr. Morrissey will not.”

Admittedly, the brisket looks pretty tasty, but somehow I don’t think Moz will appreciate people chewing on cow while he was belting out “The Bullfighter Dies”. Gothamist has reached out to both the venue and the artist, but neither has responded at this time. Stay tuned for what is sure to be an fiery takedown in 5… 4… 3…

Update: In a statement, Madison Square Garden said, “We changed the menu in the public areas for the show on Saturday night and didn’t make the same changes in the private areas. This was an oversight and will be fixed the next time.”

Find pictures of the offending foodstuffs below. 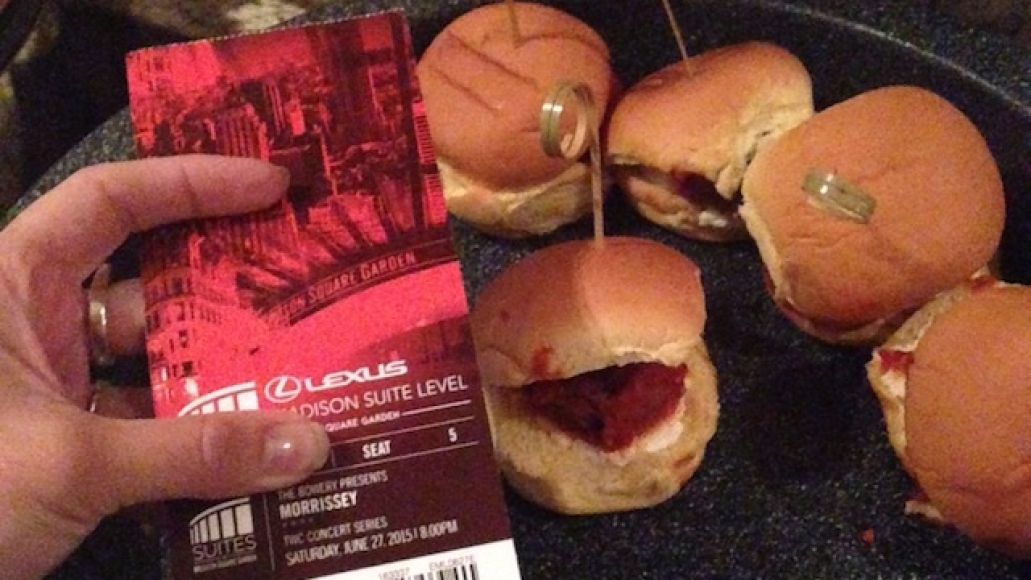 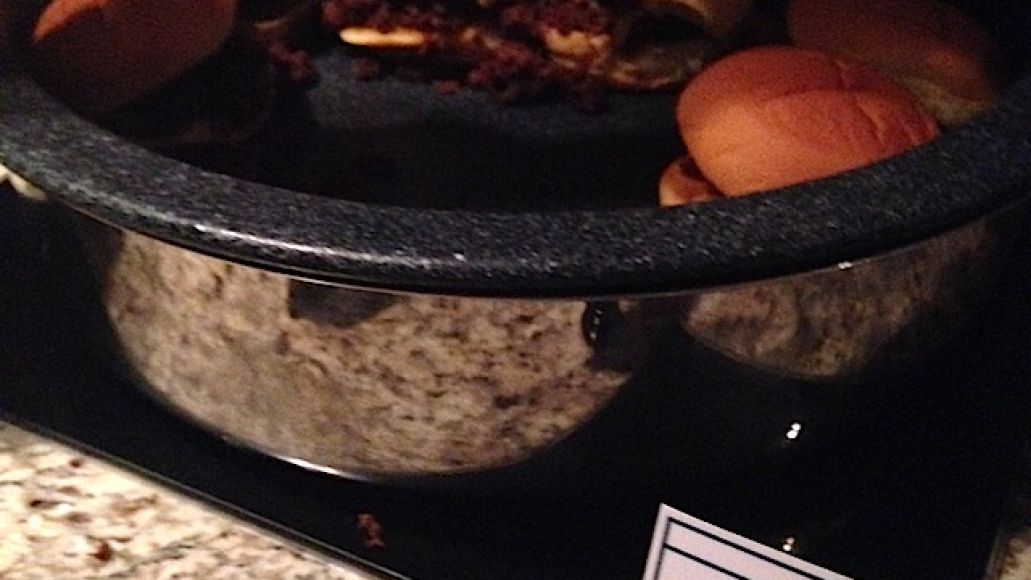 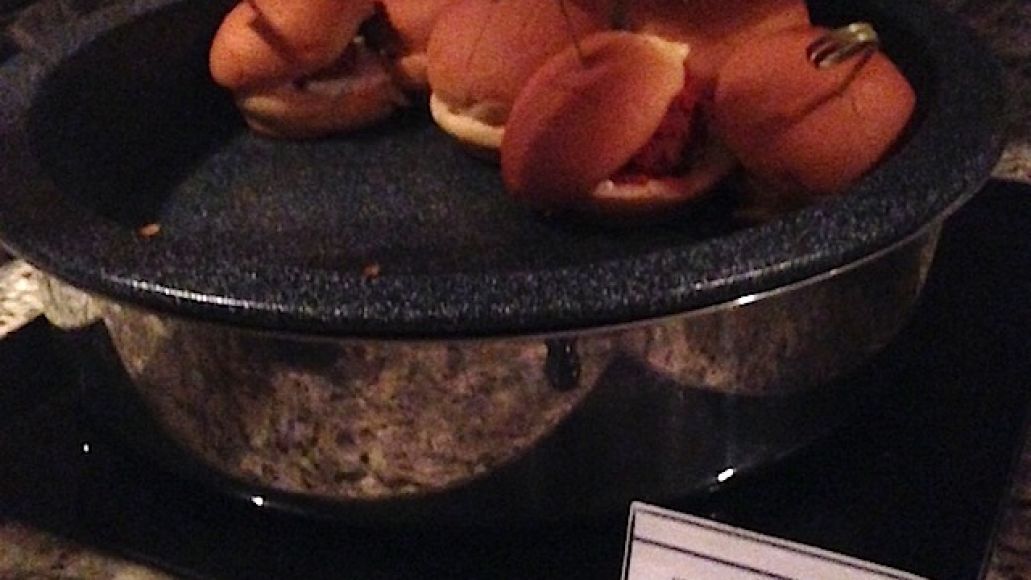 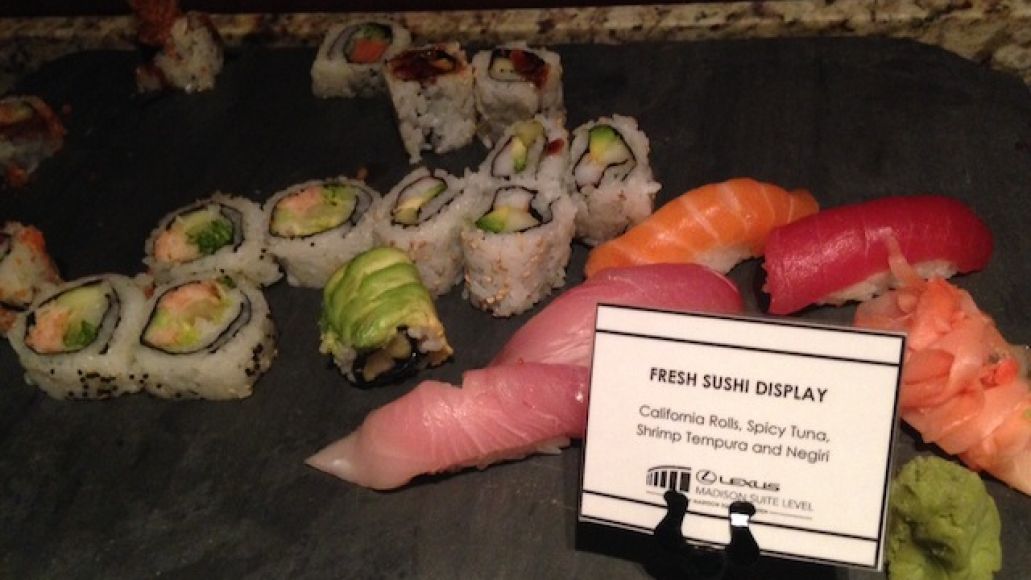 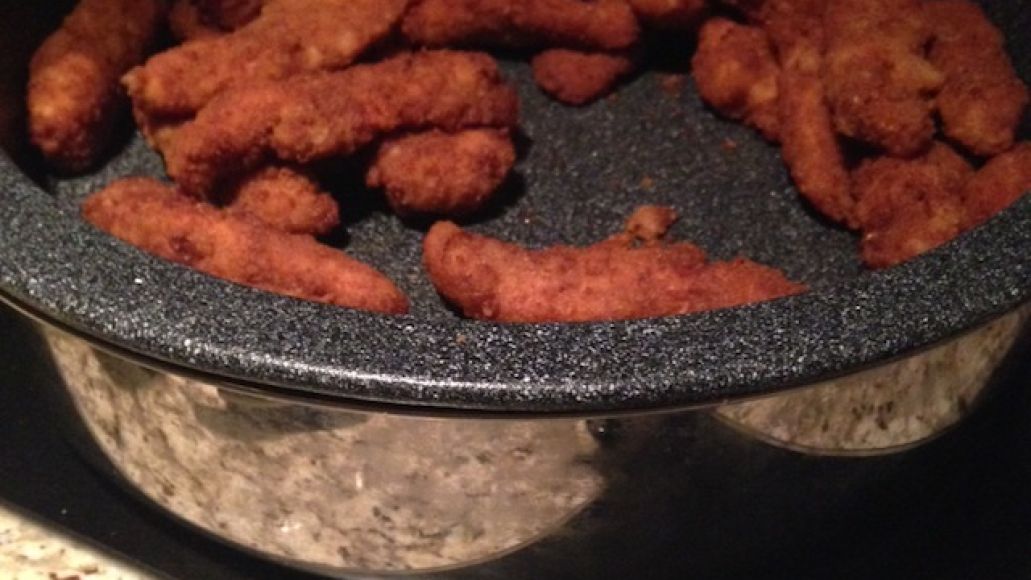