“That’s what you always say!”

Is there a more memetic Hollywood actor than Arnold Schwarzenegger? Think about it: His characters and his persona have endured the test of time as quotable punchlines, for certain. Arnold will always be back. He’ll always want to know who your daddy is. He’ll always be the king of cool puns. And he’ll always have the best one-liners after decimating baddies.

With the release of Terminator: Mis-spelled Second Word, or just Terminator 5 for ease, Consequence decided, like the T-800 himself, that it was prime time to revisit the past. We’re looking at and listing off all the roles that Arnie conquered. Our mission: to rank the 10 most memorable Arnold Schwarzenegger performances and protect Arnold’s legacy (from what it sounds like, the new movie isn’t doing the Austrian muscle star any favors).

Whether or not Arnold’s been a quality actor in his movies is entirely up for debate; however, there’s no denying that he’s developed a ridiculously memorable body of work. His size, his pronunciation, his humor, and his distinct penchant for high-concept action have made Arnold Schwarzenegger a staple that we’re still not tired of talking about. Everybody has a favorite Arnold flick. What’s yours? So let’s do it! Let’s kill this list! Now!

And like Arnold always says, I’ll be back. Later. In this list. To talk about his more memorable roles, remember?

I’m about to get terminated, aren’t I? 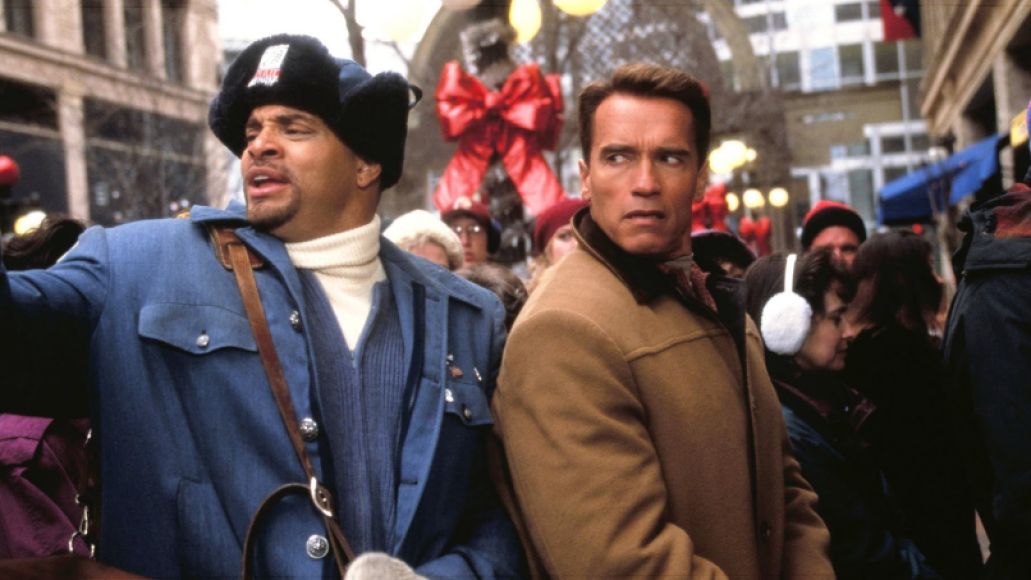 Let’s specify again, in case you skipped ahead of the intro: this list is for the most memorable performances, not necessarily the best. Jingle All the Way is a film from a very different time, a time when Sinbad’s face was on movie posters that weren’t in one of 30 Rock’s hallways or something and nobody in Arnold Schwarzenegger’s life was bothering to tell him that his performances in the Kindergarten Cop mode were unwise to continue. Here you get the Arnold that late-night comedians have been impersonating since time immemorial, the bug-eyed one hollering what’s ostensibly English in a series of strange inflections that suggest something otherworldly.

As Schwarzenegger and Sinbad (god, what a Demolition Man matchup this could’ve made) repeatedly attempt to murder one another over a Turbo Man doll that Howard’s son wants more than anything, all while Phil Hartman is playing Mr. Steal Yo Girl with Howard’s wife, Jingle All the Way allows for an actor nearing the declining days of his powers to go absolutely apeshit for 90 minutes. But seriously, this is may be the darkest Christmas movie ever made, if you really stop to think about it. – Dominick Suzanne-Mayer