Dave Grohl apparently broke his leg after falling off stage during Foo Fighters’ concert in Gothenburg, Sweden on Friday night. But like the true rock titan that he is, Grohl managed to finish the concert — albeit sitting down.

Grohl reportedly fell during the band’s performance of “Monkey Wrench” and remained on the ground for several minutes before being taken backstage. “Hey, ladies and gentlemen. I love you, but I think I just broke my leg. I really broke my leg,” he told the audience.

While Grohl was tended to backstage, the rest of Foo Fighters played a set of covers sung by drummer Taylor Hawkins. Ultimately, Grohl returned to the stage with his leg wrapped and finished the concert sitting in a chair. “I may not be able to walk or run but I can still play guitar and scream,” he proclaimed.

Thank you Gothenburg. That was amazing. pic.twitter.com/BXvuxIfVEv

Below, watch video of the moment Grohl sustained the injury, along with post-injury footage and a few more photos (via Reddit). You can also find more videos via this Swedish live stream. 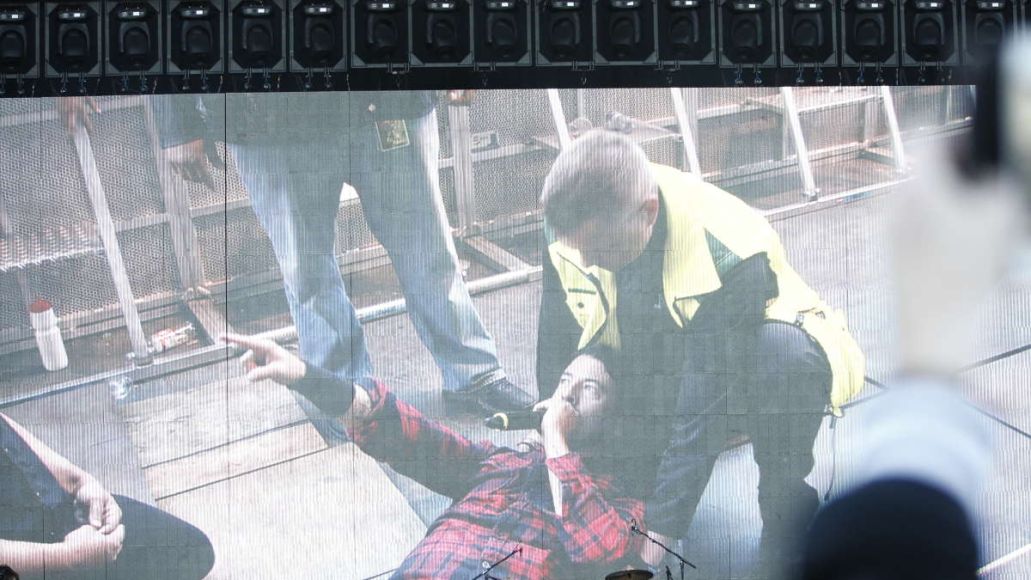 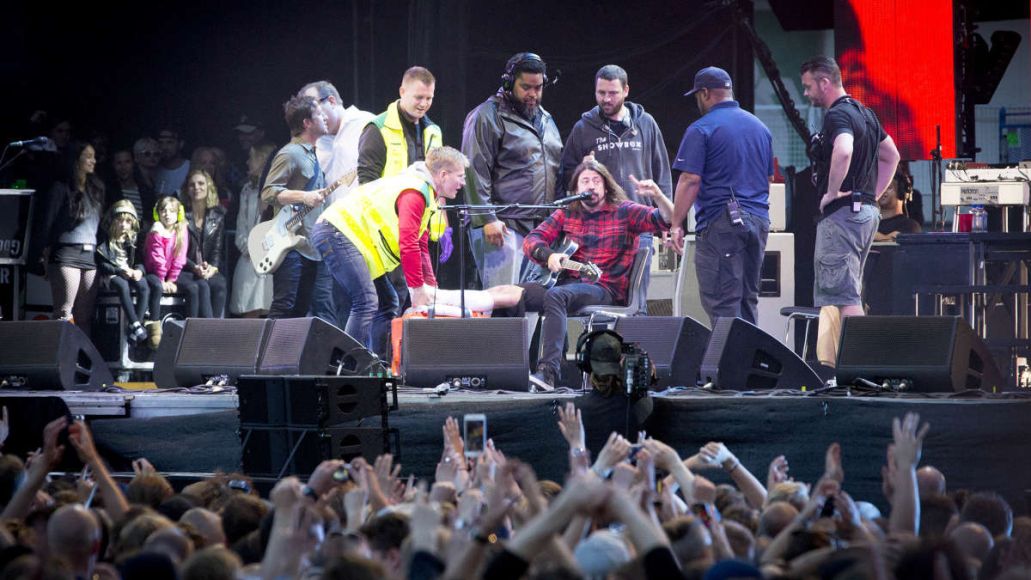 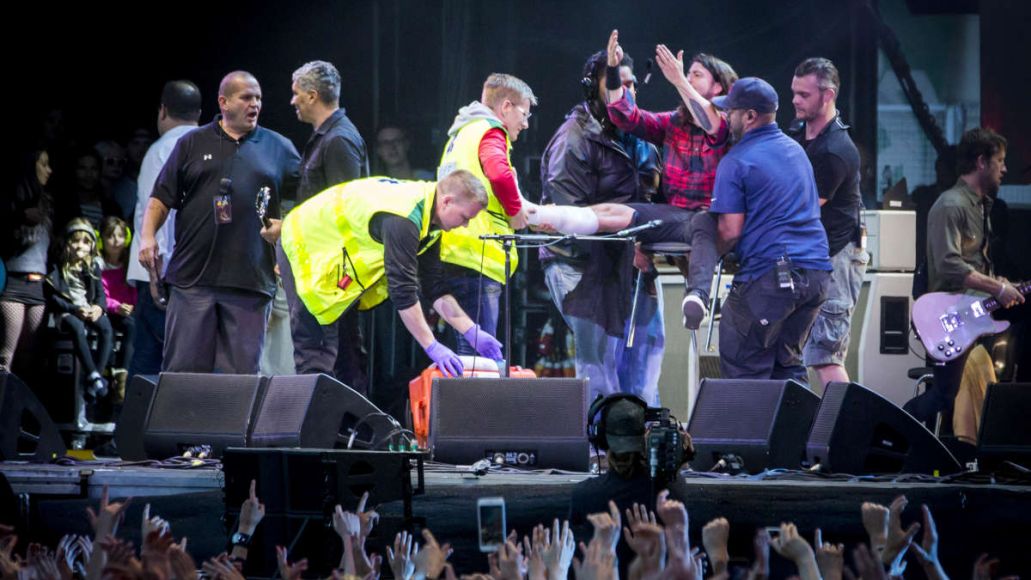