With only three weeks to go before Glastonbury returns to Pilton, UK for its 2015 installment, organizers have revealed the rest of this year’s lineup.

These new additions join a lineup that includes Kanye West, Foo Fighters, and The Who as headliners, along with Florence and the Machine, Pharrell Williams, Alt-J, Lionel Richie, Motorhead, Patti Smith, The Chemical Brothers, Belle and Sebastian, Death Cab For Cutie, Spiritualized, Ryan Adams, and Death From Above 1979. Stephen Hawking and the Dali Lama are also expected to appear. You can find the full lineup at Festival Outlook and the official poster below. 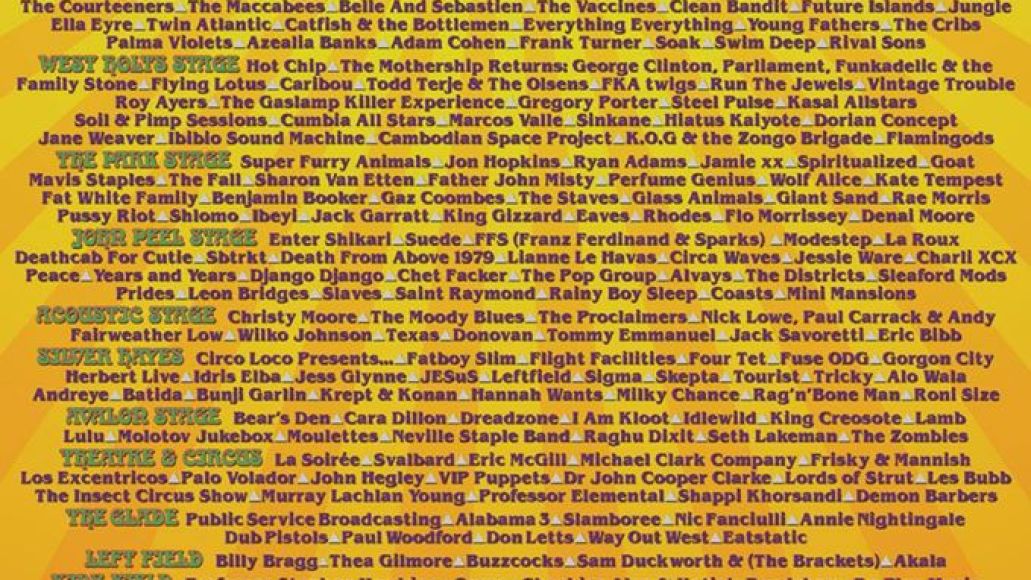