It’s got to be hard coming off a title like Festival of the Year. There has to be at least some pressure for a follow up, like an Oscar winner picking their next project. And while, no, Consequence of Sound isn’t exactly analogous to the Academy of Motion Picture Arts and Sciences, and Governors Ball Music Festival doesn’t really line up with Alejandro González Iñárritu, there’s still that feeling of rooting for a repeat performance.

Unfortunately, things could have gone a bit better for Governors Ball’s big return to Randall’s Island. The weekend tipped off to an ominous start as the fluctuating rain predictions were burst by a constant drizzle for the first few hours of the event. Those who were around for #Mudageddon2013 were having mild anxiety attacks as the threat of another drenched and sloppy weekend loomed. 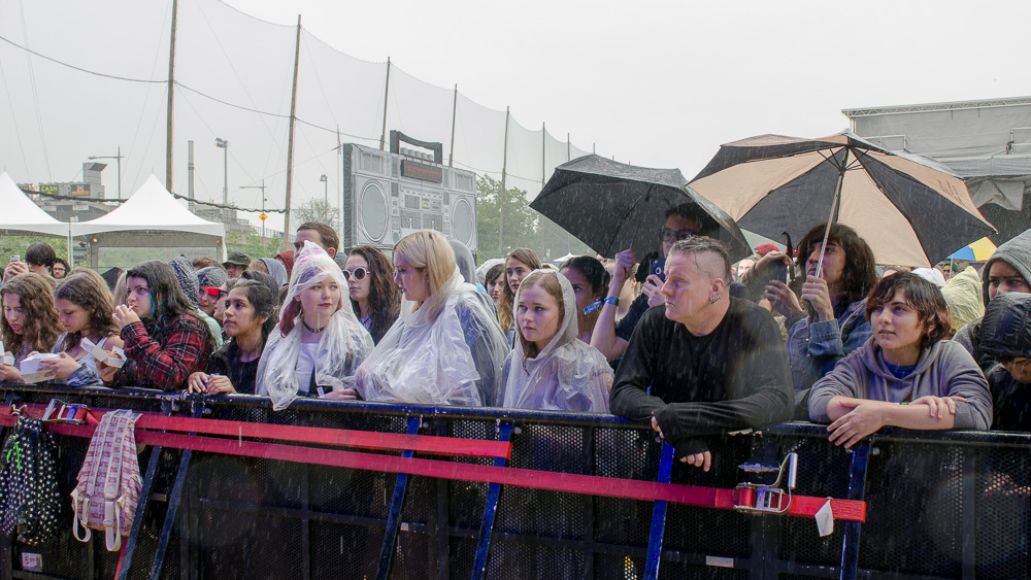 Thankfully, it never got that bad, and the festival had learned enough to prepare for the just-in-case scenarios. The Gotham Tent, which had literally floated away two years ago, was lined with hard rubber pads, as were various “trouble spots” throughout the festival. A hard mat walkway along the hill to the festival grounds’ left — which lovingly became known as The Yellow Brick Road — provided an easy escape route around the dampened center grounds. (Though, why a similar path wasn’t provided for the right side of the festival is a mystery.) Still, even the uncovered sections never got unbearably mud-tastic, and I only saw one pair of lost shoes the entire time. Fresh sod also helped keep the drama to a minimum, and hopefully the guys at Founders won’t get in any trouble this time around for damage to the grounds. They really did an admirable job on the preparation front.

Where they may have slipped were ticket sales. Though the increase to around 55,000 wasn’t any bigger of an uptick than it was from when they jumped from 45,000 in 2013 to 50,000 in 2014, it might have been the tipping point. Friday felt especially jampacked, and lines throughout the festival were harsh. If you kept aware and were able to dip off at the right times, you could get in and out of any food service or restroom area quickly. While I was definitely able to get by without standing for much longer than 10 or 15 minutes, I saw thousands of people waiting through entire sets just to grab a Bareburger or take a leak. There were also some wildly crammed sets, most notably Florence + The Machine and Lana Del Rey, which both caused human traffic jams of frightening levels. 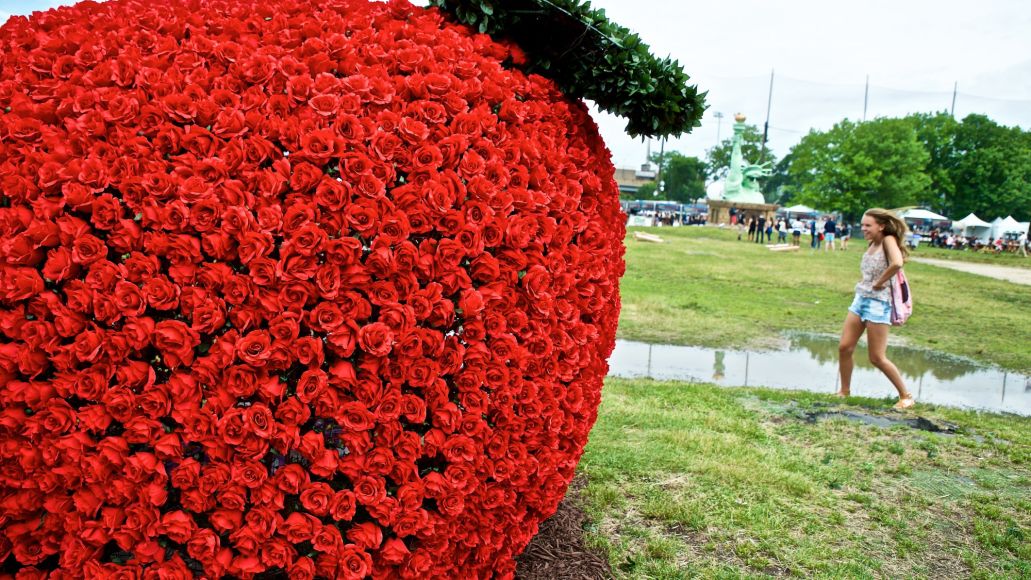 Adding to the pains of the sheer number of people on site were the demographics. By no fault of the festival, aside from its location, Governors Ball attracts a young crowd. And when you have that many teenagers in New York City at an all-day music festival, things are bound to get sloppy. It was too easy for underaged individuals to get their hands on alcohol, and despite rigorous pat-downs and bag checks, countless youths were abusing substances they didn’t fully understand, and far too early in the day, at that.

Before even 1:00 p.m. on Sunday, I witnessed two girls pull open a porta-potty door to find their male friend covered in puke and hunched over unresponsive. When I asked if they wanted me to get a medic, they told me to wait, assuring me he was fine. They even accused him of “making a scene.” As I tried to convince them that medics wouldn’t get them in trouble for whatever he was on, another bystander ran to get help. It all led to what I overheard were incidence numbers that outstripped the capacity of the medical tents. 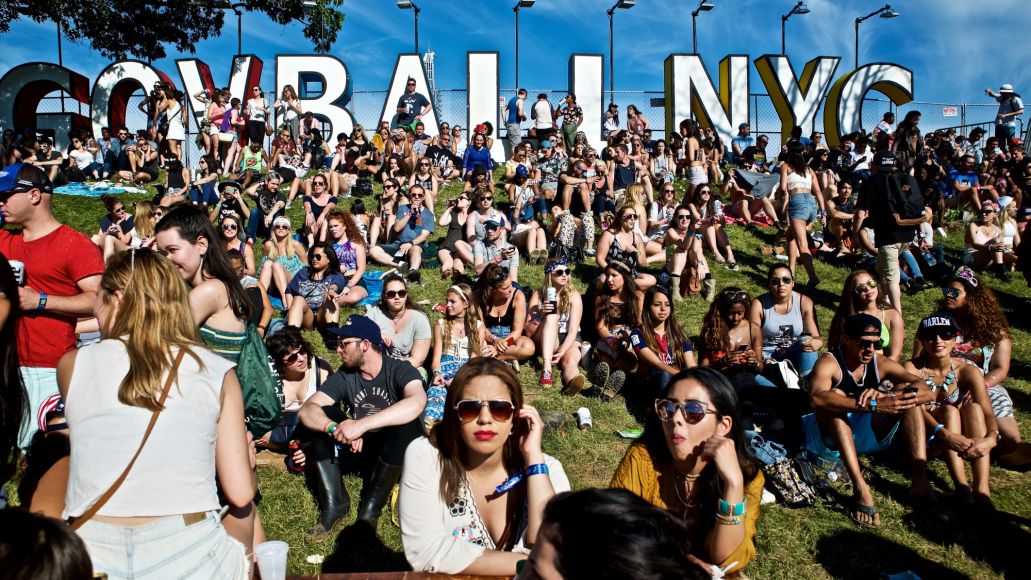 Again, the fact that there were so many ill-prepared youngins is in no way the fault of the festival. It actually looked like their medical staff was largely on top of the problems, with teams roaming around and free water tossed out constantly to crowds waiting at the stages. However, even the best prepared hospitals can be overrun by an epidemic — though, perhaps this “epidemic” is a larger problem of festivals in general. In the end, Governors Ball could probably benefit from a safety standpoint by cutting back the numbers a bit.

(Update: A festival representative reached out to CoS regarding this review, and provided some more information. According to them, capacity actually remained steady between this year and last, meaning there were about 45,000 tickets sold plus press, guests, industry tickets, etc. They also stated that whatever second-hand information I heard regarding medical incidences was entirely misleading, as they experience the fewest incident reports since becoming a three-day event. Finally, they assured me that they employ “roaming teams of security” to prevent underaged drinking and instruct all concession staff to card anyone who looks too young, regardless of if they have a drinking wristband.)

As for the music itself, no one was safe from sound issues. Everyone from punk rockers White Lung, to country artists Sturgill Simpson, to headlining EDM powerhouse deadmau5 dealt with them in one form or another. Ryan Adams complained of bleed from the main stage all the way on the other side of the festival. There were even rumors of back-of-house issues confusing bands and their teams. 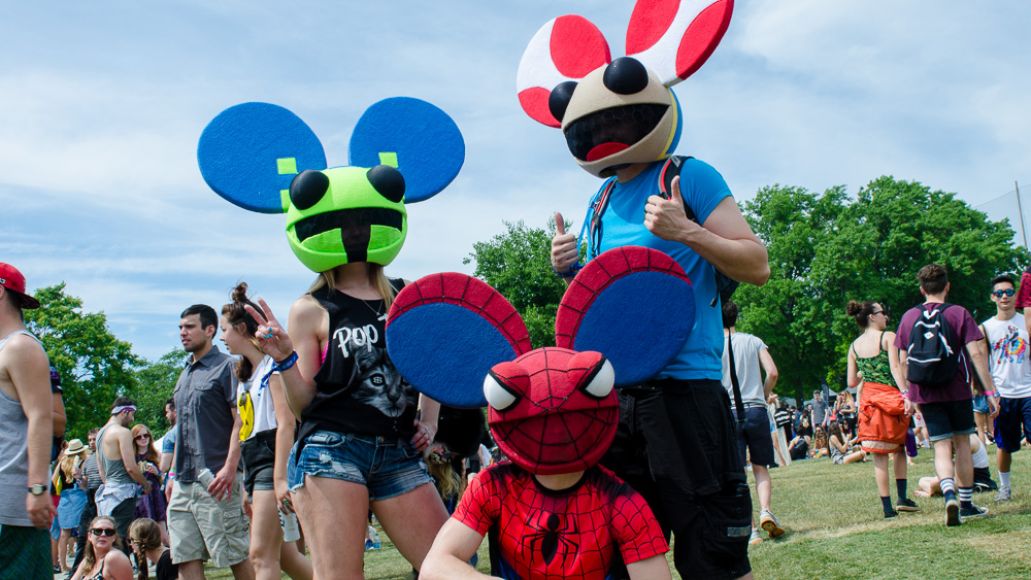 But for all the negatives — the sound slips, the crowds, the rain — Governors Ball didn’t fail by any stretch of the imagination. The lineup was still spectacular, with quite literally something for everyone, from Simpson’s country, to Björk’s baroque pop, to all types of mainstream and sub-stream rap and dance. Each genre had a space on the schedule, and for a festival designed to only ever host two competing sets, that provides some stellar offerings at almost every point during the day.

Also, to be fair, getting from one side of the grounds to the other, even with the mud and crowds, was at most a 15-minute trek for the determined (admittedly much longer during certain main stage sets, or for those with shorter legs than my own). And while food may have been hard to get at all times, the variety was solid, and often represented some of the best eats one could hope for at a festival. Plus, if you were willing to explore, you could likely find a bathroom with shorter lines elsewhere. 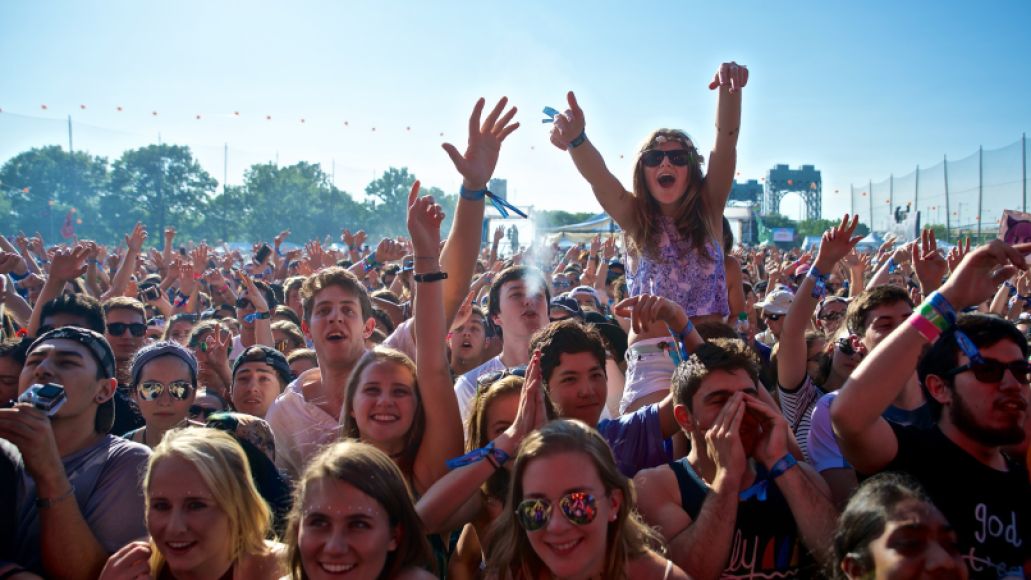 The groundwork is clearly there, and so is the booking. Governors Ball is a great festival overall, but it’s also one that’s grown very quickly into a landmark destination event. It’s only five years old, yet already an established musical experience. Any business or event is going to experience growing pains, and perhaps that’s what this year was. Wipe the mud off those shoes, shrug off the faults, and there’s still plenty to be proud of from 2015’s edition.

Here’s what our team will remember most.