Miami’s III Points Music Festival has revealed the lineup for its 2015 edition. Now in its third year, III Points returns to Mana Wynwood this October 9th-11th with four stages filled with incredible acts.

To mark the anniversary, Nicolas Jaar will deliver a three-hour headlining DJ set. Run the Jewels and Panda Bear also serve as headliners, as do Ghostface Killah and MF Doom, who are putting on a special collaborative performance previewing their forthcoming DOOMSTARKS project.

As a press release explains,, the show will see Ghostface and Doom “transported Star Trek-style directly on the III Points Festival stage” to offer “a one-of-a-kind, interactive performance, where DOOM will appear from the other side of time, on a live screen.”

In addition, the festival will feature a range of “large-scale art and technology installations” throughout the grounds and the Wynwood community. Film screenings, panel discussions, gallery showcases, tech talks, and BBQs will also be held during the day.

Tickets are on-sale today via the festival’s website, with three-day passes going for $88. Find the full lineup below and on III Point’s Festival Outlook page. 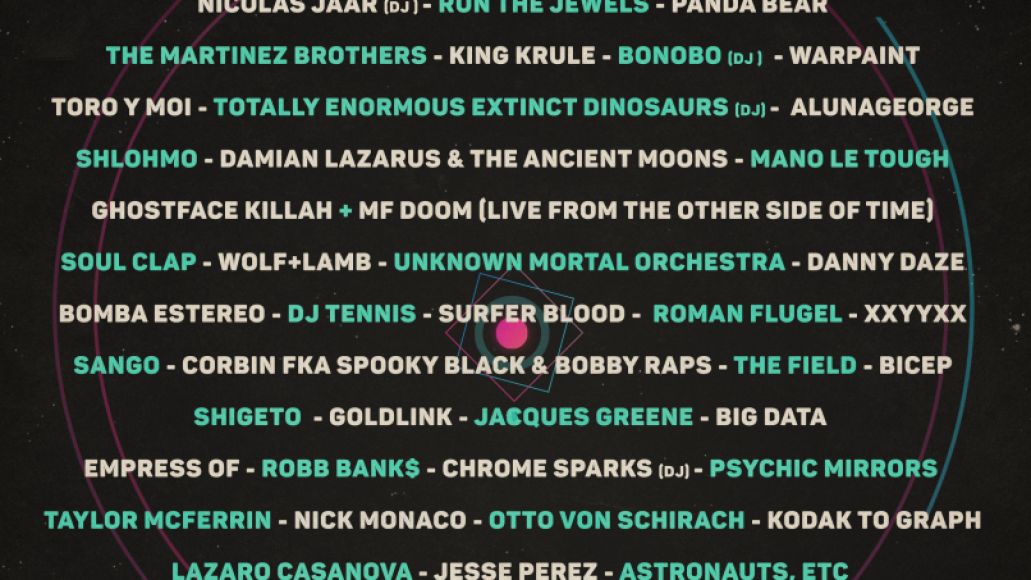