Dogs and cats lived together near Chicago’s Soldier Field last Saturday afternoon as part of Animal Planet’s Woofstock: Road to Puppy Bowl. Sadly, Rover Hendrix didn’t trot out to play “The Star-Spangled Banner”, but there was still plenty of hip music, thanks to a short, eclectic bill that included indie rock headliners Clap Your Hands Say Yeah, local funk heroes JC Brooks and the Uptown Sound, and Texas soul rockers The Suffers.

What’s more, comedian Eugene Mirman played host to the day’s festivities, delivering a short, self-aware set and adding audacious commentary to the various proceedings. He wasn’t the only star on the scene, though, as many of the network’s own faces joined in on the fun and games, specifically personalities from My Cat From Hell, Pit Bulls and Parolees, and Treetop Cat Rescue. Internet sensations Lil BUB and Manny the Frenchie also made appearances. 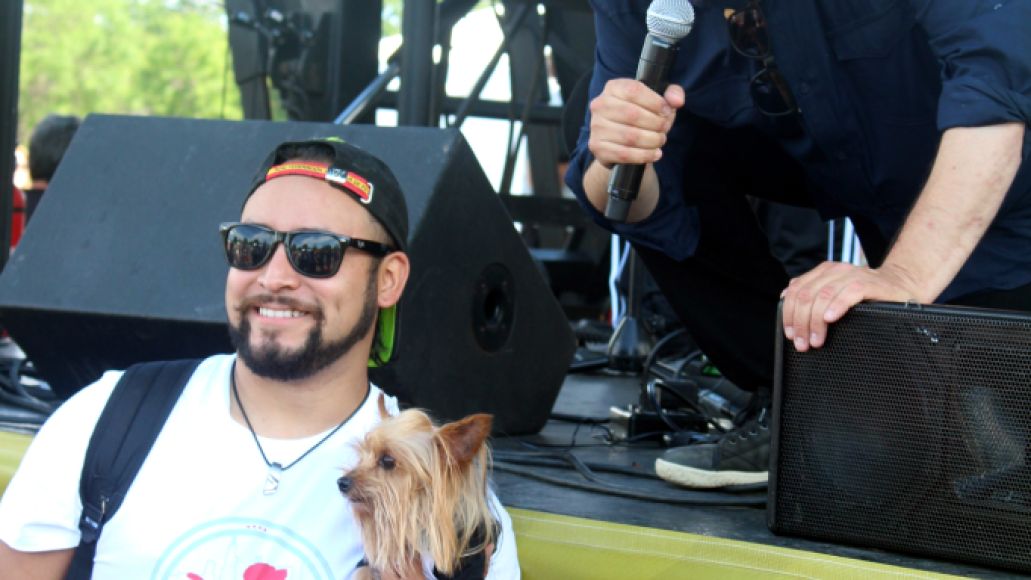 Despite the talent, however, the true spotlight was on everyone’s beloved four-legged friends — and they were everywhere! For five hours, dogs of all breeds and sizes enjoyed licking tasty ice cream out of little cups, running through tricky obstacle courses, or posing for funny photo-ops with their owners or new friends. Some even camped out near the stage to catch their favorite acts; one Shiba Inu went nuts over the dog bones that Clap Your Hands vocalist Alec Ounsworth tossed out.

Needless to say, it was one dog day afternoon.

But there was a purpose to Woofstock beyond just a celebration. It was a chance to give a special life to special pooches and kitties. After all, the festival was a cap-off to a very successful 17-city tour that went from Baltimore to San Francisco and found homes for more than one thousand animals. The Windy City was no stranger to the process as dozens of Chicagoans adopted over 50 pets on site that day from PAWS Chicago. 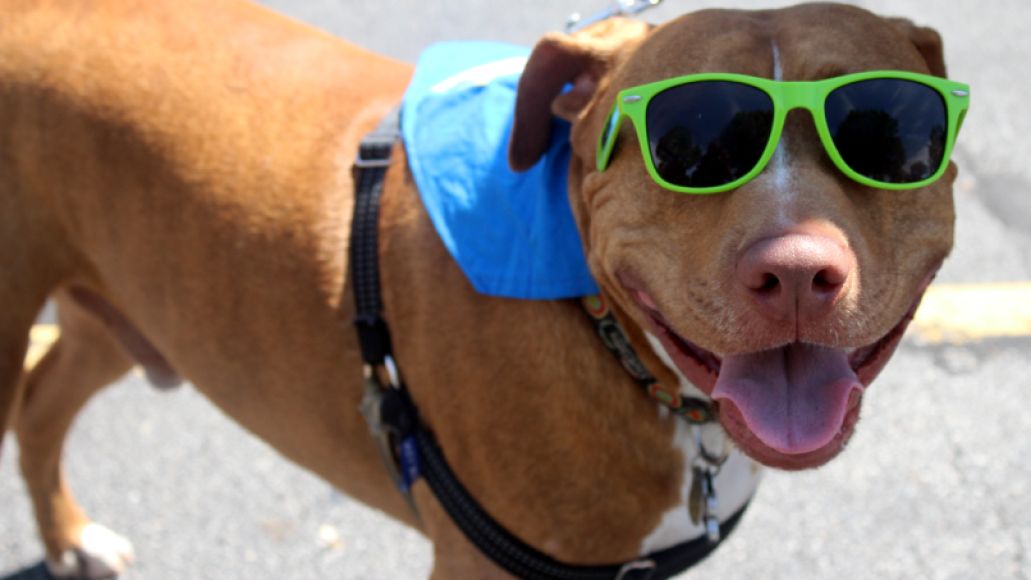 Admittedly, there were a couple of issues at hand, namely the festival’s hard-to-find, sequestered location (essentially hidden behind Soldier Field’s surrounding trails) and the helplessly dwindling crowds (Clap Your Hands are good sports), but it’s hard to growl at such trivialities when there were just so many tails wagging around. So, with that in mind, here’s hoping we can all sit, stay, and be good boys and girls together again next year. 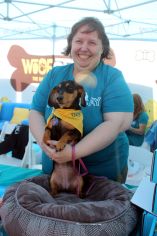 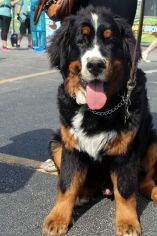 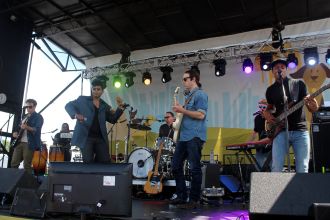 JC Brooks and the Uptown Sound // Photo by Heather Kaplan 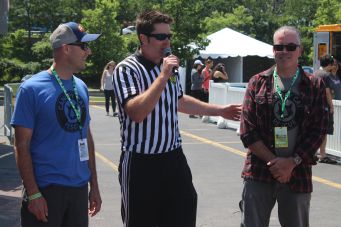 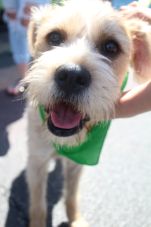 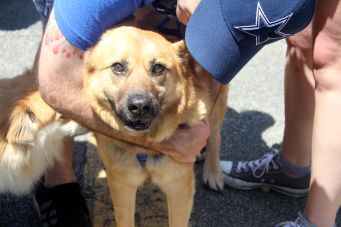 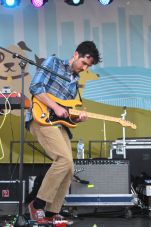 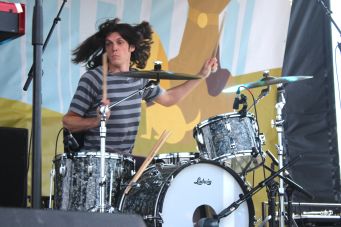 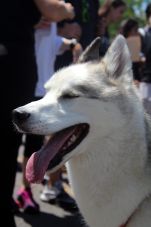 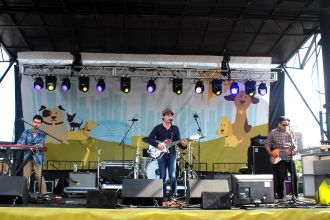 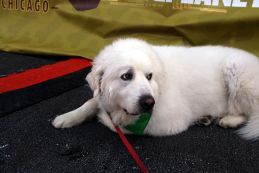 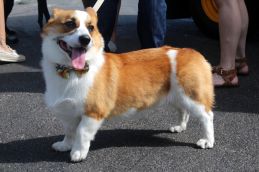 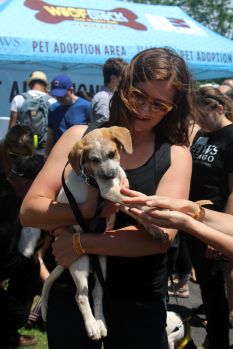 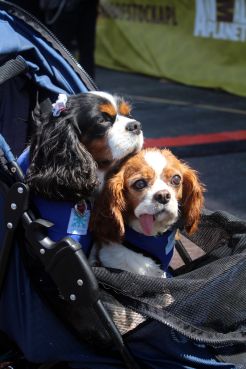 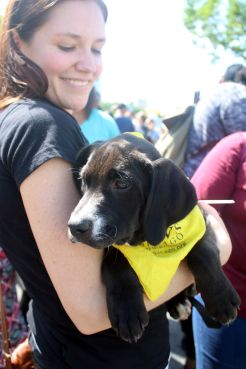 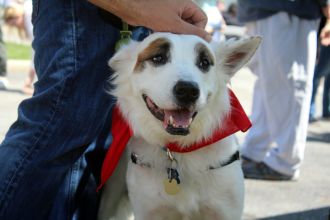 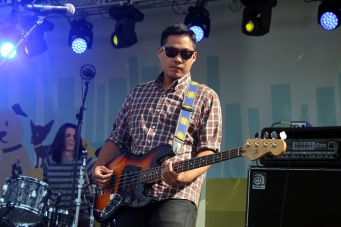 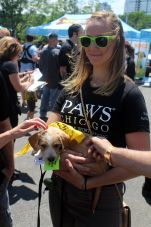 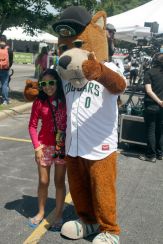 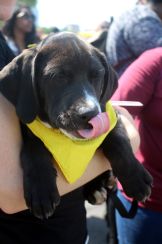 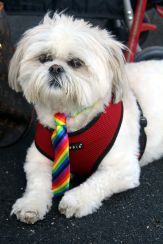