Iron Maiden will return in September with their first new album in five years. Entitled The Book of Souls, it’ll arrive on September 4th through Parlophone Records.

The band’s first-ever double album, The Book of Souls spans 11 tracks stretching 92 minutes in length. Included are two tracks written solely by frontman Bruce Dickinson, marking the first time he’s done so since 1984’s Powerslave. One of those tracks is also the longest song Maiden has ever recorded with an 18:01 runtime.

The album was recorded in Paris late last year, but its release was delayed so that Dickinson would have time to recuperate from a cancer diagnosis. While doctors have since declared Dickinson cancer-free, Iron Main have pushed back their supporting world tour until 2016 “giving time for [Dickinson] to make a full physical recovery to be ready for the rigours of Maiden live performances.”

The Book of Souls Artwork: 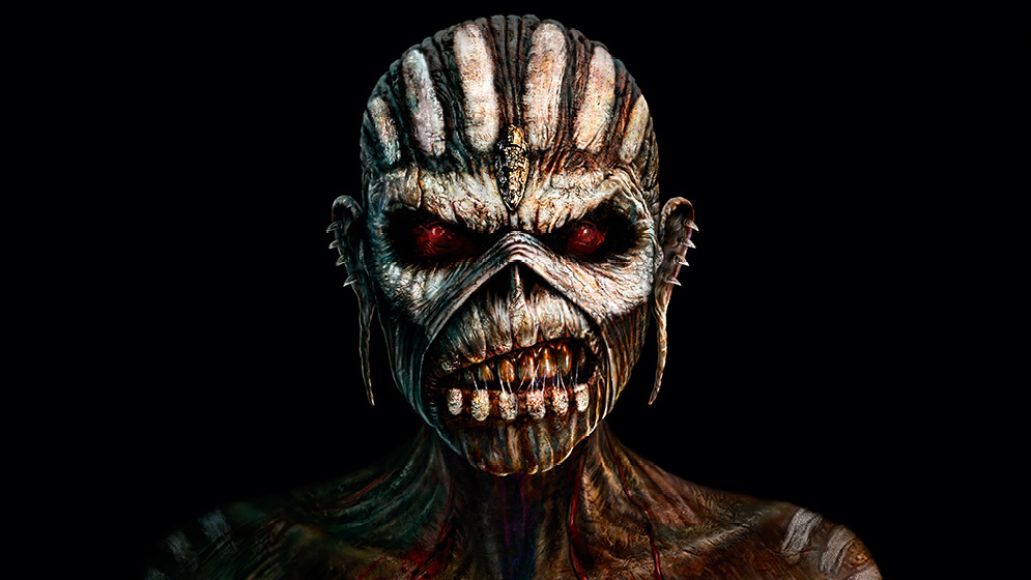 The Book of Souls Tracklist: