Who knows why people do the things they do. The husband who wakes up at age 45 and suddenly wants to buy lumber. The grandmother decades removed from college who insists on learning Latin. The single mother who feels compelled to travel to Europe while reading the complete works of James Joyce. These are typically moments of pride, often preceded by feelings of grief, or boredom, or mortality, and it’s by accomplishing these self-proclaimed feats that one connects to something inherently larger. It could be a renewed sense of optimism, it could be the notion of success, or it could be strictly passion. The latter truth likely explains why actor Michael Shannon keeps returning to the Chicagoland area to perform music. Yet he’s not playing his own music (i.e. Corporal); he’s revisiting icons. Back in January, he and bassist Jason Narducy performed Lou Reed at Metro Chicago, and last night, he returned with more friends to tackle The Smiths and their third studio album, The Queen is Dead. 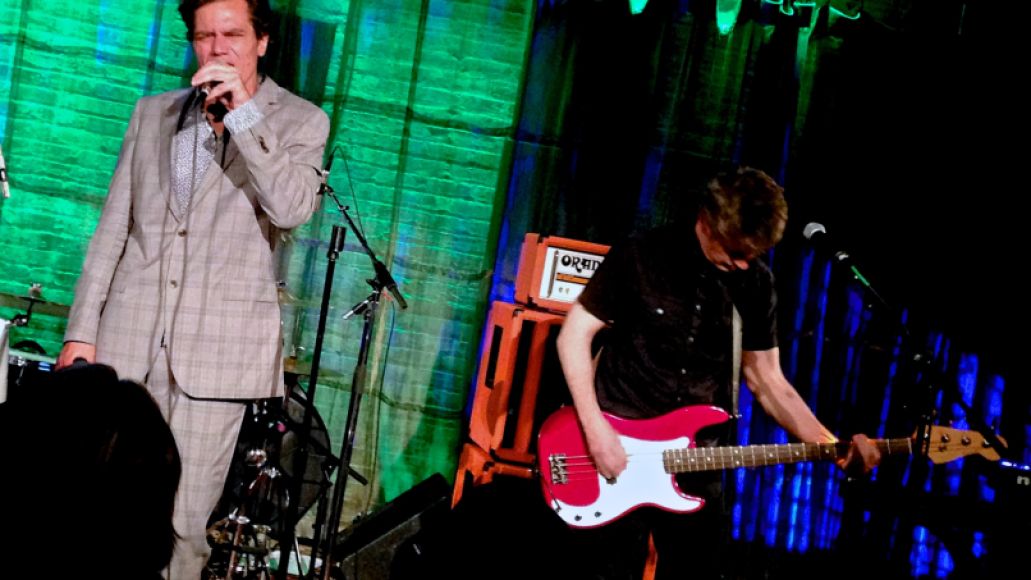 “I used to live around here,” Shannon told the sold-out crowd at Evanston’s Space. He explained how he once worked at the nearby pet store, Thee Fish Bowl, and how his apartment was only an alley removed from a halfway house, whose crazy inhabitants would inspire his own furious brand of Oscar-nominated acting. These little anecdotes weren’t exactly awash in nostalgia, but told almost in jest, as if he were painting a portrait not with profound oils but with pleasant watercolors. He wore a checkered, grey suit, twirled a twig around poetically, and kept his head down between songs. It’s unclear whether or not this was a character by design, but these quirks certainly helped capture the spirit of The Smiths. Well, that and his supporting cast, which included Narducy on bass, Poi Dog Pondering’s Dag Juhlin and Tributosaurus’ Curt Morrison on guitars, Frisbie’s Gerald Dowd on drums, and Cara Ingleman (sp?) on keys. They had only practiced once with Shannon yet sounded ready to tour. 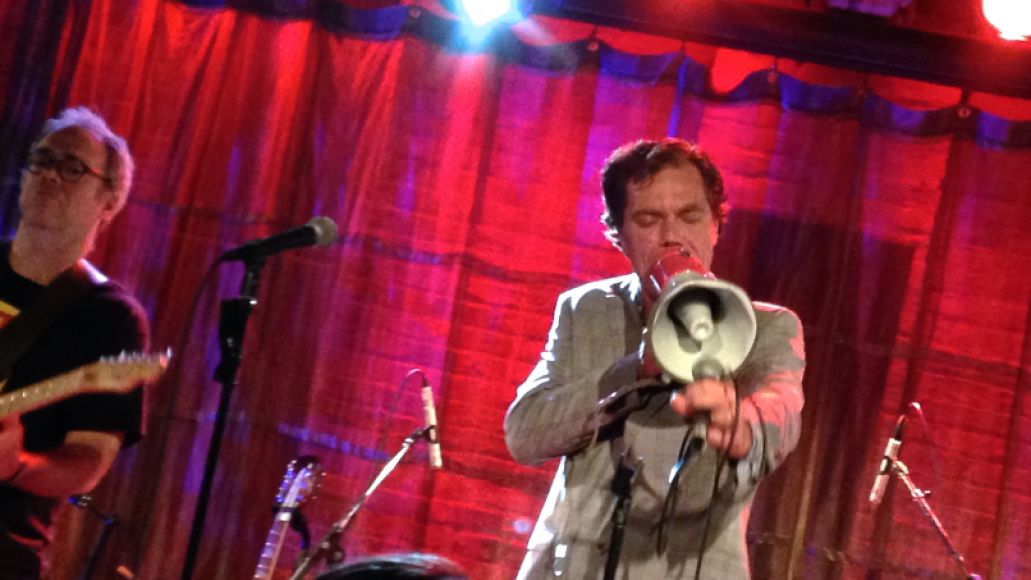 No kidding: For close to two hours, Shannon and Friends lived in the shoes of Morrissey, Johnny Marr, Mike Joyce, and Andy Rourke. Stage right, Juhlin and Morrison handled Marr’s guitar parts with grace, replicating both the style and the effects to the point that one might have wondered if they were listening to studio tracks. While over on stage left, Dowd and Narducy were equally proficient in conjuring up the band’s eclectic rhythm section, from the timely tip offs to the complicated change ups. Nearby, Ingleman added all the necessary flavor on the keys to bring the Manchester sound even further back to life. (Her work on the Meat is Murder classic “How Soon Is Now?” proved more than essential.) The real highlight, unsurprisingly, was watching a star like Shannon bleed into Morrissey’s balladry with humor, vitriol, pain, and drama. Rather effortlessly, he shuffled between two microphones, a megaphone, and a tambourine with body language that could rival Future Islands’ Samuel T. Herring. 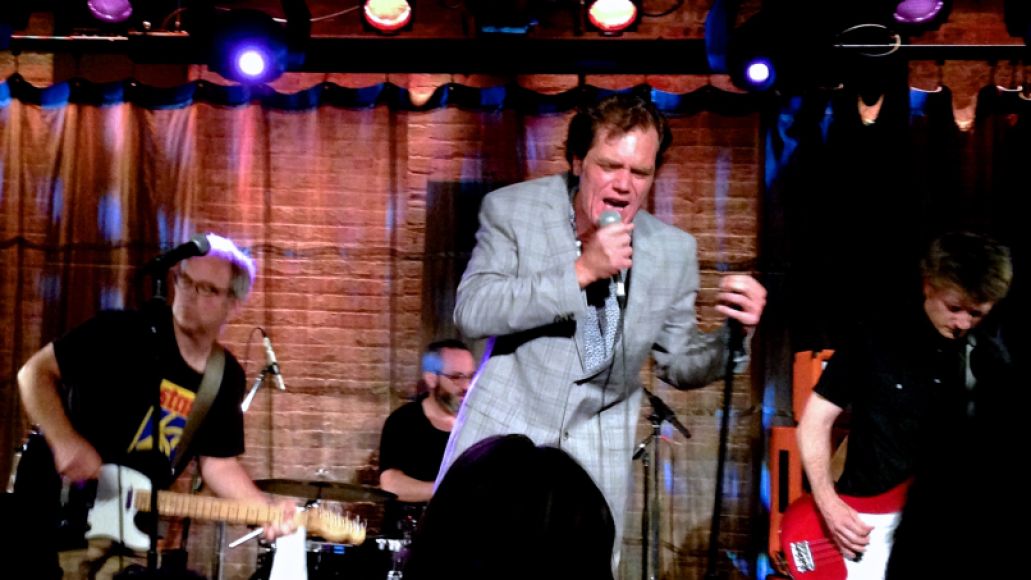 But mostly, Shannon was a laugh riot. During “Cemetry Gates”, a song “about how much fun you can have in a cemetery,” he mimicked a grave digger during the processionals, tossing back invisible dirt. A couple songs after, he dedicated “Vicar in a Tutu” to the incorrigible Dennis Hastert and offered up “There Is a Light That Never Goes Out” to ComEd, adding: “We’ve been doing a lot of work with them.” Earlier on, he joked that they were gonna do some “Van Morrissey”, to which Juhlin started playing the opening notes to “Brown Eyed Girl”. Every one of these quips were delivered with a lackadaisical candor that made the moments all the more humorous, especially when he ruminated on “How Soon Is Now?”, a song he apparently used to hear during Bulls games. “I wonder what B.J. Armstrong is doing right now,” Shannon said. Before the encore, he said that he needed to catch the “deli train in the back,” referring to a particular sandwich he had left uneaten. Don’t forget, this guy was once Zod. 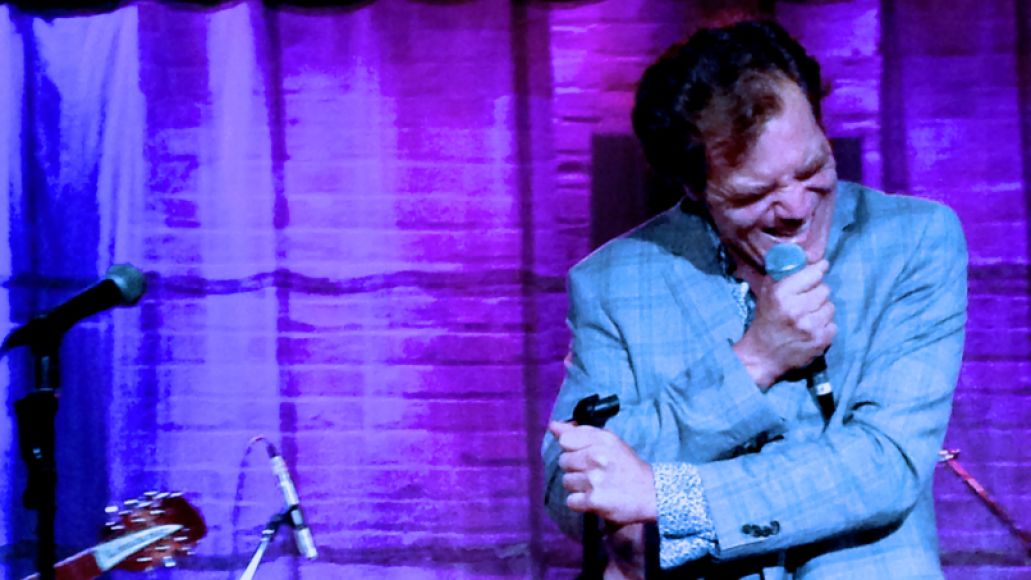 Upon their return, Shannon and Friends surprised everyone with Chicago-based drummer Matt Walker, whose ties to Morrissey (among other names) made him the unspoken judge of their entire production. He seemed to approve, though: “Matt did give me one pointer,” Shannon announced. “He said I’m gradually supposed to take my clothes off.” Shannon didn’t oblige and instead beat his chest through three more songs, two of which saw Walker behind the kit (“Shoplifters of the World Unite”, “Hand in Glove”) and the last being quite special. “You’re probably wondering what my favorite Smiths song is,” he said, “and we’re gonna play it for you. It requires a brass band.” Seconds later, a reinvigorated Dowd rolled them into “That Joke Isn’t Funny Anymore”, which finally closed out the night. “I’ve seen this happen in other people’s lives,” Shannon roared, “and now it’s happening in mine.” That last line echoed throughout the night, carrying whatever truths Shannon wanted to find. Odds are he found it.

Setlist:
The Queen Is Dead
Frankly, Mr. Shankly
I Know It’s Over
Never Had No One Ever
Cemetry Gates
Bigmouth Strikes Again
The Boy with the Thorn in His Side
Vicar in a Tutu
There Is a Light That Never Goes Out
Some Girls Are Bigger Than Others
Handsome Devil
How Soon Is Now?
Still Ill
Encore:
Shoplifters of the World Unite
Hand in Glove
That Joke Isn’t Funny Anymore