Wrigleyville was alive and well on Wednesday night. As the Chicago Blackhawks sweated on the ice for what would be a heroic, third-period win against the Tampa Bay Lightning, dozens of bars rattled with oohs and aahs from locals stressing out over chicken wings and chilly brew. Further down Clark Street, the as-yet-to-be-reconstructed home of the Cubbies loomed in the evening darkness, enjoying the warm glow of its next door neighbor, McDonald’s, whose special is currently what must be the grossest smoothie of all time: Sour Apple. But just a little past that, a thousand Chicagoans tucked away inside the musty confines of the Metro pumped their fists, swung their beers, and banged their backwards caps down and up to the catchy hard rock of Worthing, England’s Royal Blood.

“Where the fuck did you all come from?” vocalist Mike Kerr quipped, his boyish smile lurking amidst the shadows. “Jeeeeeeez.” He was only three songs in, and he had the crowd eating chummy leftovers out of his oh-so-talented hands. To be fair, it didn’t take much to win over this rowdy, male-centric bunch, which despite being an all-ages show averaged out to around 28 at the youngest. Once Kerr and drummer Ben Thatcher hit the stage — to the bombastic sound of Pharoahe Monch’s “Simon Says”, no less — they could have played two notes for 25 minutes and everyone would have gone apeshit. They didn’t; they did their thing, instead. That thing involves a dense brand of hard rock that cleverly eschews the complexities of metal and cheekily grooves a few miles faster than stoner rock. All in all, it’s an acceptable middle ground. 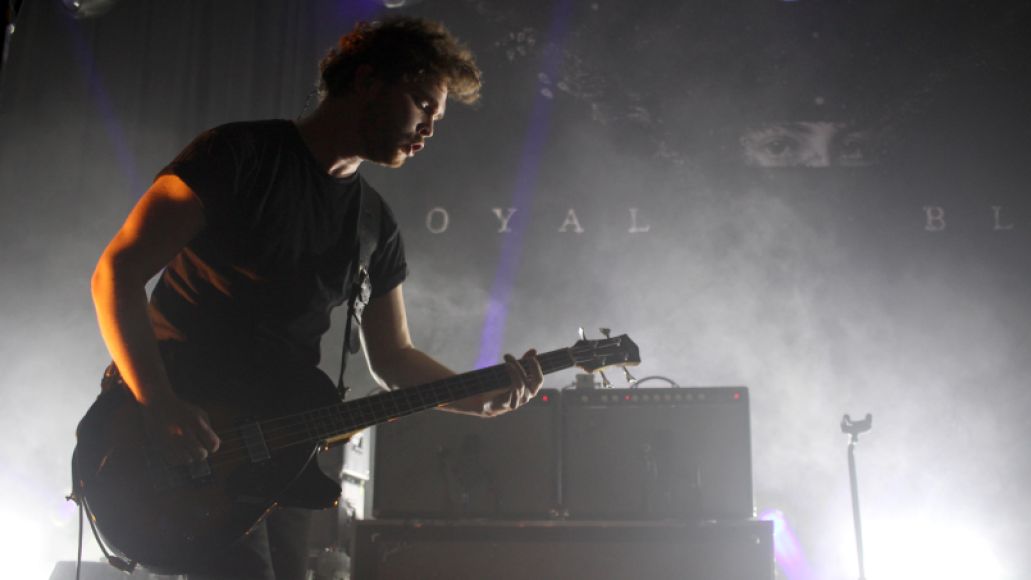 What’s unfortunate for any rock ‘n’ roll duo is that their outward limitations often set unenviable precedents and hurdles to overcome. In other words, they better be either achingly loud (Death from Above 1979) or lyrically smart (Simon & Garfunkel) or unnaturally melodic (The Everly Brothers) or eerily visceral (Suicide) or supremely adroit (The Bots) or addictingly catchy (The Black Keys) or all of the above (The White Stripes). Given Kerr’s blasé lyricism that at times reeks with a post-grunge stench, Royal Blood’s boxed-up power glove is their grip on hooks and melody. Bourbon and weed-glazed rockers like “Figure It Out”, “Ten Tonne Skeleton”, and “Loose Change” aren’t memorable for their vocal wisdom but their ability to slice through the cynicism and strangle with a melodic ecstasy that hooks you like sugar-coated heroin sticks.

When they unpack these sounds on stage, Kerr and Thatcher treat every distorted bass lick and each resounding drumbeat with the respective authority of a studio musician hell bent on being both perfect and soulful. There’s a clarity to their work that might ruffle the feathers of those who prefer their rock ‘n’ roll unadulterated and unfiltered, but few can argue with their mastery, which is likely why they’re going to spend this year with the Foo Fighters. They also, like Dave Grohl & co., know how to work a crowd, though they could have been giving Chicago preferential treatment. “I used to come here as a kid,” Kerr gushed, looking around at the Metro walls. “This place means a lot to me. This puts the cherry on top of the tour.” To add emphasis, Thatcher was sporting a Joakim Noah jersey and a Bulls hat — if only he had picked up an Antoine Vermette jersey. 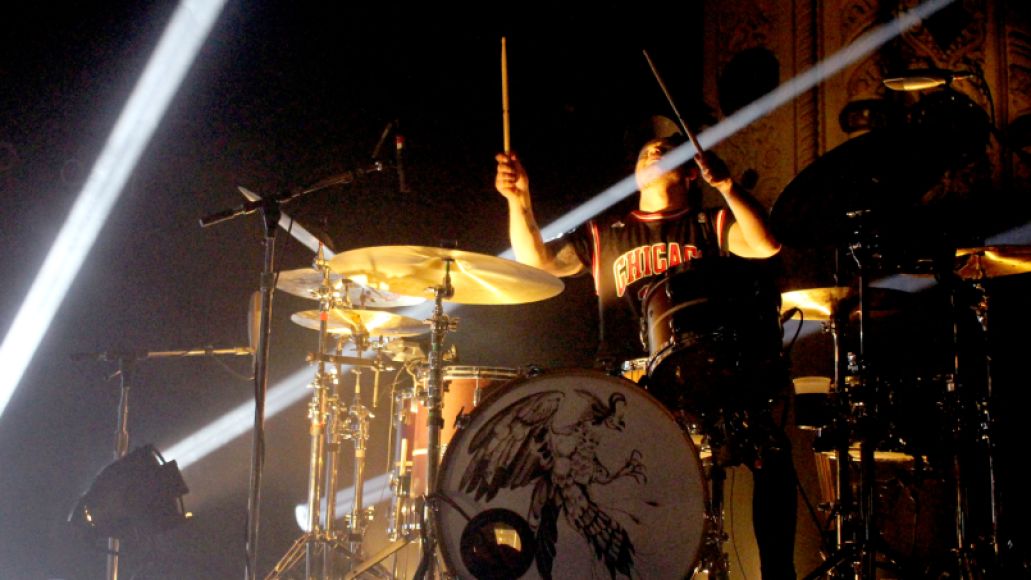 Nevertheless, the chummy crowd was quick to catch Thatcher when he hurled himself off stage during the closing ruckus of “Out of the Black”. In what was an obvious rock show move, Kerr kept the amps loud and frantic, needling his bass with manic precision, as his partner-in-crime made the rounds atop their wild devotees. People were screaming, beer was spilt, and smiles were aplenty. And you know what, who gives a shit if the trick’s been done countless times before; they earned the moment. Their breakneck, hour-long set was a jubilation in what should be a powerful year for the two twentysomethings. Now, where they go beyond 2015 depends on whether or not they can jump a few more of those aforementioned hurdles. Given the talent at hand, you gotta believe they’re up for the challenges.

It was a good night for the Second City. 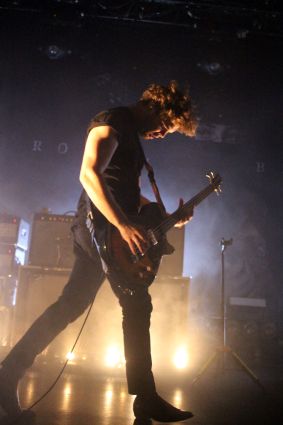 Setlist:
Come On Over
You Can Be So Cruel
Figure It Out
Better Strangers
Little Monster
Blood Hands
One Trick Pony
Careless
Ten Tonne Skeleton
Loose Change
Out of the Black