For the third time in 14 years, Hollywood has found its Spider-Man. For the first time ever, Marvel Studios had a hand (a very large hand) in selecting the actor to fill the webs. After months of rumors and screen tests — both secret and well-reported — the young man stepping into the role was revealed: Tom Holland.

If you recall, the first webhead was Tobey Maguire, someone who’d established himself as a lead actor in Pleasantville and The Cider House Rules. Next was Andrew Garfield, who had just come off a well-received lead performance in Never Let Go, plus applaudable supporting roles in The Social Network and The Imaginarium of Doctor Parnassus. Comparatively, this Holland kid is a nobody. 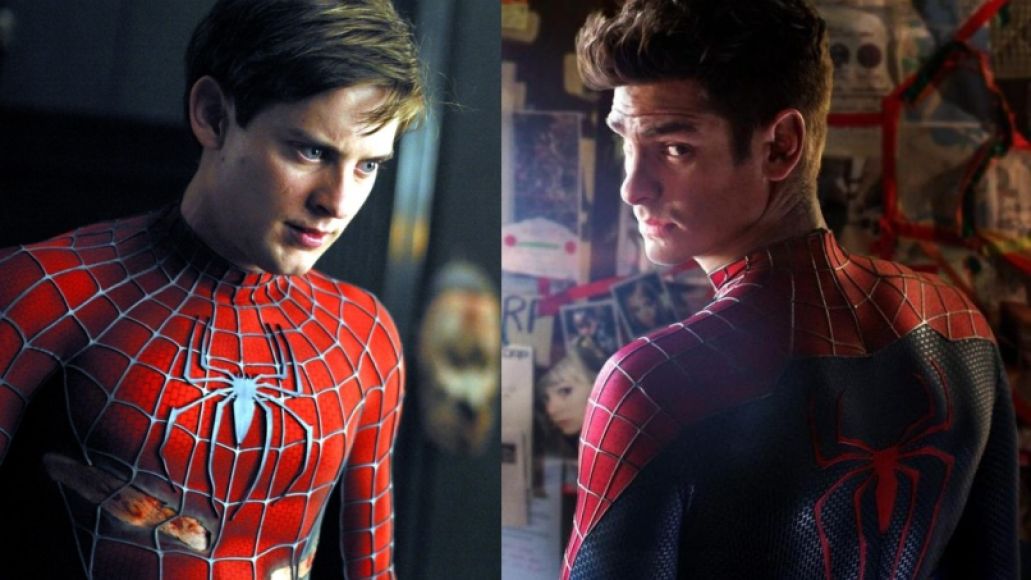 Much of the young actor’s career has actually been on the British West End stage as Billy Elliot, a part he won after being discovered at a dance school. The 19-year-old’s biggest film credit to date is The Impossible with Naomi Watts and Ewan McGregor, for which he garnered solid praise. (He was 13 at the time of that shoot.) He’s been building up cred since that movie’s release, with his next appearance coming in Ron Howard’s In the Heart of the Sea alongside Thor himself, Chris Hemsworth. (And if we want to get silly with it, Scarecrow himself, Cillian Murphy.)

As for me, the only thing I’ve “seen” him in is Locke, where he plays a voice on a phone. Critics have been talking up Holland’s The Impossible performance for awhile, calling his turn as a child caught in the devastating Thailand tsunami of 2004 a breakout. Howard recently praised everything from Holland’s work ethic to agility, saying, “He’ll bring humanity and heart and humor and energy to his version of Peter Parker.” But the fact remains that most folks don’t even know who he is.


A poll launched on Comic Book Resources soon after Holland was announced as Spider-Man asking, “What Do You Think of Tom Holland as the Marvel Cinematic Universe Spider-Man?” A massive 65.7% of respondents have said, “I’ll have to wait and see…” while nearly equal portions clicked on “Amazing! Tom Holland IS Peter Parker!” or “I don’t like it” (16.8% and 17.5%, respectively). Polls like that usually lean heavily into the “great” or “terrible” categories, but because of Holland’s relative obscurity, no one really knows what to think.

And if the guy playing Peter Parker lacks recognizability, the guy directing him is a flat-out nonentity. Jon Watts has been picked to helm Sony’s solo Spidey film coming in 2017, which Marvel is producing. Watts’ first feature was the Eli Roth-produced Clown about a clown costume that turns the wearer into a murdering psycho. His big-screen US debut is coming August 7th with the Kevin Bacon film Cop Car, a thriller following two youths who go for a joyride in a corrupt sheriff’s, well, cop car. The film got solid buzz coming out of Sundance, but unless you were there, you haven’t seen it yet. Before his movie work, he directed episodes for The Onion’s failed forays into TV and a Funny or Die short called Jewish Santa Is Coming. 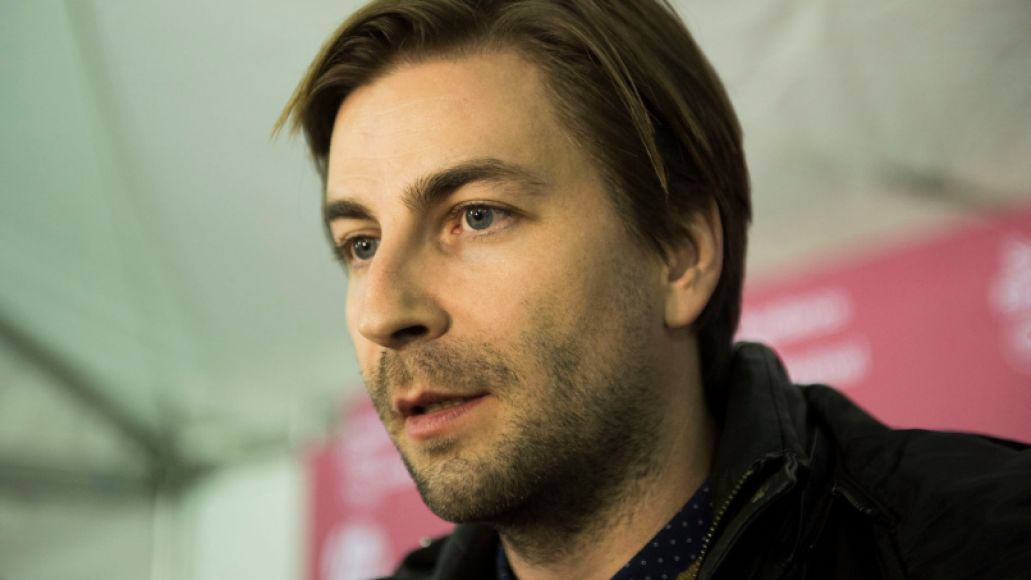 There have only been a few days for the Internet to react to the announcements, but the response has largely been ¯\_(ツ)_/¯ with a healthy dose of exactly what CBR’s poll represents. Marvel has earned credit in the trust department, so fans are willing to let it ride a bit. Still, considering how major the webbed-one is to Marvel and its fans, and how unprecedented this joint venture between Sony and Marvel is, it’s worth examining.

To begin with, yes, Marvel has proven themselves trustworthy. They’ve turned comedy TV directors into the most exciting superhero helmers around in the Russo Brothers. They’ve also hired someone with minimal indie credits in disparate genres and got the best sci-fi opera in decades with James Gunn. Essentially, Watts is both of those things: a TV comedy director whose only indie features are a horror film and a thriller.

The fact that Marvel wants the new Spider-Man to feature “John Hughes humor and emotion” means it’s logical that they’d go for someone with experience in funny. As for making the blockbuster jump, that discussion was essentially stomped out when Colin Trevorrow followed up Safety Not Guaranteed with a film that reached $1 billion worldwide box office faster than anything before it. Plus, Watts has shown he can manage directing young actors like Holland, as Cop Car stars a pair of sixth graders. 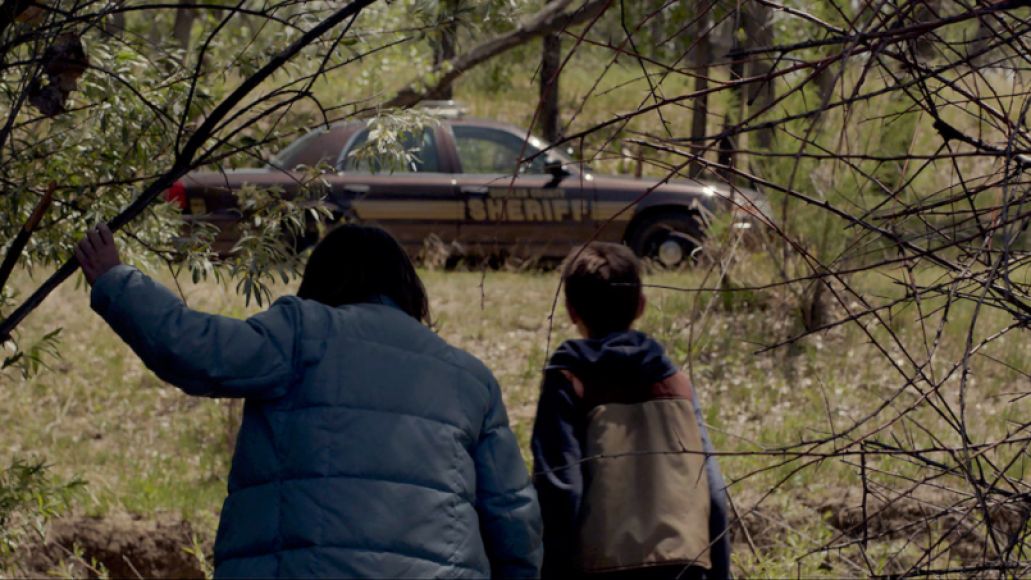 Furthermore, it’s not like the decision to bring on another dark horse director was made lightly. Marvel Studios head Kevin Feige reportedly selected Watts himself from a list of vying filmmakers, taken with the young (he just turned 34) director’s view on Peter Parker. Whatever that view is, it’s extremely important, because we’ve already seen this character done five times in under two decades. What’s delivered next has to be unique, or audiences will get frustrated quicker than they did with the Amazing take. It also has to fit within the context of the established Marvel Cinematic Universe. That’s a tall order — something we haven’t seen before that’s going to sit well next to what we have seen before — and you can bet Watts had to really sell it for Feige to get that excited about picking him.

Casting Holland ensures something new, as well. Marvel wants to keep Parker in high school for at least three films, and they had to cast young to accomplish that. Freshly 19, Holland will actually be a teenager when he films his first scenes as Spider-Man (largely speculated and nearly confirmed in a recent The Hollywood Reporter interview to be happening for the forthcoming Captain America: Civil War). That’s a solid contrast to the twentysomethings who’ve played the role before. (Yes, you could’ve cast even younger, but then you run into child labor law issues that trip up production schedules.)

While the comic book Parker has long since graduated high school (he even taught it for awhile), there’s something classic about seeing the character dealing with typical teenaged drama. It’s part of what made him so endearing for so long and what helped make the Ultimate comic series such a huge success. Past interpretations haven’t spent much time there, and it’ll be fun to really experience that on screen for more than one-and-a-quarter movies. 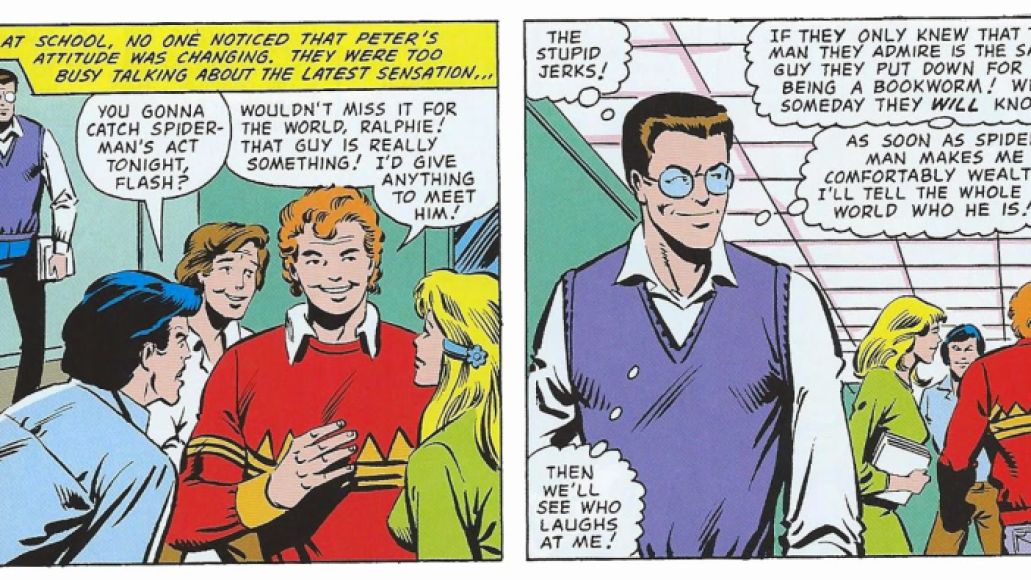 Besides never seeing a teenage Spider-Man, we’ve also never seen a teen MCU hero. After 11 films and one Netflix series, we’ve got a late-40s guy in a metal suit, a post-law school blind man, and a soldier who’s technically well into his 90s. Shaking things up with some youth smartly brings a fresh dynamic to both Spidey and the general MCU mix. Seeing a whip-smart high schooler go toe-to-toe with the sardonic Tony Stark has its appeal, as well.

There’s also something to be said for changing the tried-and-true game plan by casting a relative unknown. While Guardians of the Galaxy helped make Chris Pratt a megastar, he wasn’t a complete mystery before then. With the exception of perhaps Hemsworth, whose major pre-Thor credit was an Australian TV series, none of the actors Marvel has put into super suits have really been unfamiliar names. Now they’ve gone and filled their most famous suit of all with a face few could pick out in a lineup. The perk is that it gives Holland a chance to embody Parker without past roles clouding the illusion and the simple fact that going against the grain returns some novelty to the MCU again.

The downside is we haven’t really seen Holland do comedy or action, so it’s hard to say how he’ll carry the part. The fact that he’s had such a range of acting experience, however, hints that he’s at least got the skill to try different things. Plus, his dad, Dominic Holland, makes a living as a comedian, so he’s bound to have some sort of funny bone. However, another part of his history bodes well in an unexpected way: dance.

Hopefully we won’t get a scene like either of the dreadful things from Spider-Man 3 (yeah, that movie had two awful dance breaks), but there’s value in that kind of training. Spider-Man’s movements — from web swinging to fight scenes, even his trademark poses on building ledges — require speed, grace, and strength. It’s something the awkward Maguire never really had a handle on and something largely CGI-ed for Garfield. For weeks, Holland has been posting clips of himself effortlessly performing flips, rolls, and twists because he was bored. Imagine what this practiced body artist will be able to pull off under the webs when he’s really trying? We could be in for our most convincing Spidey yet.

Straying from the type of characters seen in the MCU before is a smart movie, as is varying the level of actors in those roles. It’s just whether or not they’ve picked the right person. For those unconvinced by Marvel or casting director Sarah Finn’s (who has cast every Marvel film since Iron Man) past credentials, consider that they looked at 1,500 different guys for Peter Parker/Spider-Man. And it wasn’t easy competition, with the likes of Asa Butterfield and Charlie Rowe all on the shortlist. Both of those actors have more credits and esteem than Holland, but something made him special. Apparently, that thing was how he stood next to the rest of the MCU.

Six actors screen tested next to Robert Downey Jr., but only Holland tested alongside Chris Evans. Clearly, Feige and Sony’s Amy Pascal saw that this young British star played well next to Iron Man and Captain America, a beyond-crucial part of the decision considering Spidey’s role in the MCU and particularly (read: reportedly) Civil War. Sony and Marvel’s deal stipulates that the characters can jump between films, meaning Thor could show up in a Spider-Man solo film, and Spidey could swing into Avengers: Infinity War (and, let’s be honest, probably will). Casting a bunch of adult, established actors for an ensemble is one thing, but finding a teenager to fit in with that lineup is another. Whatever Holland delivered while he was standing beside Evans was enough to convince the studio personnel that they didn’t even need to see what anyone else could do; this was their guy. 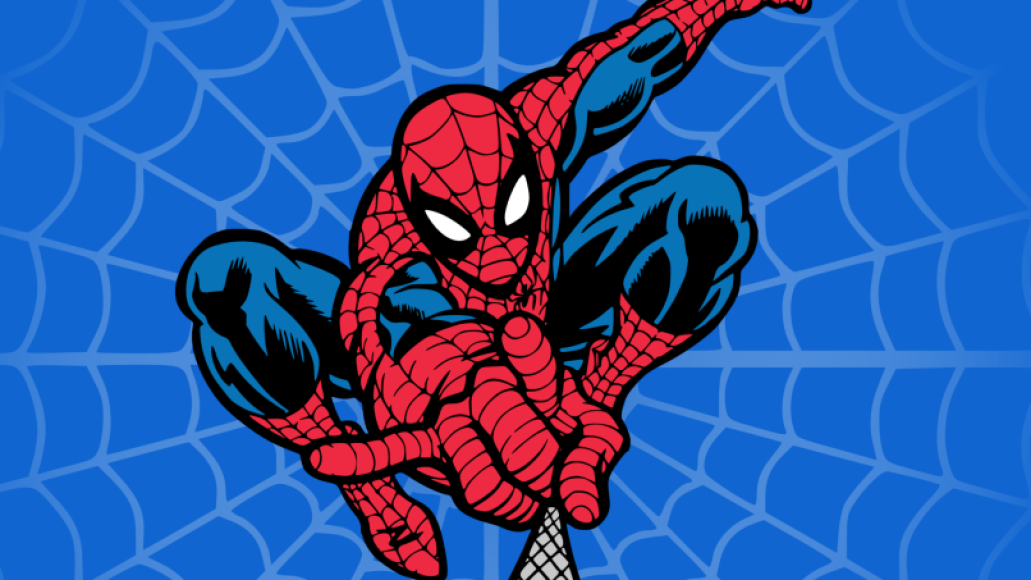 As an actor, Holland is just the right age (and height) to portray a teenage Peter Parker for years in a way we haven’t seen before. He also has unique athletic skills that make him perhaps the most capable Spider-Man yet. He’s shown he has talent and range, though we’re crossing our fingers he can nail the trademark Spidey wit. Thankfully, as a director, Watts has plenty of practice in humor. He’s also got the type of indie cred that has made past Marvel movie masterminds attractive.

Since neither Holland nor Watts has enough public work on which to base more than a gut opinion, the ol’ “True Believer” spirit came out; both star and director impressed Marvel (i.e. Feige), and for many that’s good enough. Of course, that has every possibility of completely blowing up in everyone’s faces if they end up being terrible. A careful look at the evidence, however, and that faith doesn’t seem so blind.

Marvel and Sony's Spider-Man: Who the hell are these guys?