Trent Reznor unearthed outtakes from Nine Inch Nails’ The Fragile and With Teeth; Dr. Dre offered up his classic LP The Chronic; Taylor Swift finally made her much-coveted 1989 available to stream; and AC/DC let loose its entire catalog. Another artist who helped kick off Apple’s festivities? Pharrell Williams.

Zane Lowe debuted Pharrell’s brand new single “Freedom” during the first hour of Beats 1, Apple Music’s 24/7 radio station. The track — which Lowe called “one record that means more to us than any other” — musically reads like something of a sequel to “Happy”, but with a slightly more serious tone. Pharrell, backed by ominous piano and a chorus of singers, sounds like a pastor rallying his congregation from a pulpit, yelling “Freedom!” with a gospel ferocity.

Listen in over at Apple Music and/or stream it below via BBC Music 1. As MissInfo points out, the equally powerful video is also available to watch for Apple Music users. Update – Wednesday, July 22nd: Watch the video below.

Pharrell initially debuted the song at Glastonbury last weekend. Watch footage of the performance below. 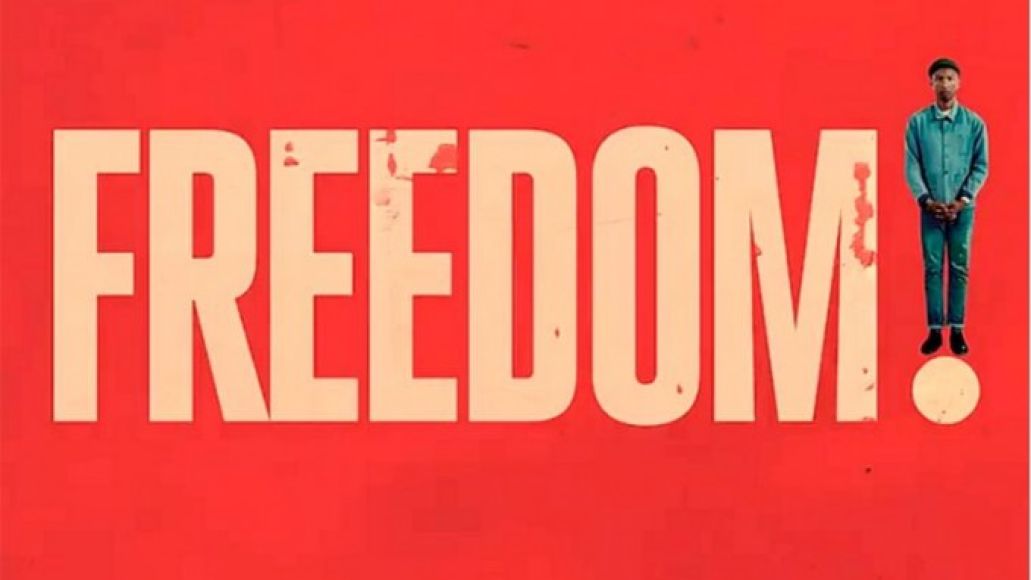