Forget Taylor Swift and the value of that Apple Music letter. Forget that ridiculous “underdog” article. Forget everything about who is a hypocrite and who is not, so we can hone in one concept: what’s fair.

In some ways, it feels funny to even bring that up. By now, Taylor Swift is a global brand that brings in millions. Not only for herself, but for everyone else that lives off her (e.g. manager, agents, label, employees, etc). She was never an indie artist, so we can’t hit her with the rules of the ’80s; she started in the “sell-out” pile. It’s been big business all the way, and “fair” doesn’t usually hang with that crowd.

That’s fine. Everyone has a station.

But this week, post-Apple letter, a photographer by the name of Jason Sheldon raised a point that’s worth our time: her contracts.

For Sheldon, and many concert photographers, the rising rate of mainstream and mid-tier indie acts (we see you, The National) asking for a little too much is getting out of hand. While each contract is different, they usually exploit you in the same ways. Here are some of the usual suspects:

By law, anything you shoot belongs to you, but a lot of acts try to tell you how you can use your pics. Usually this means nothing can go in your portfolio, just the site or publication you shoot for. Some artists even stipulate that they can use your work in whatever way they see fit, no payment required, for as long as they want.

Some concert photographers actually do get paid for their work (I know, it’s shocking). These contracts put a stop to that print revenue real quick. Depending on the artist, contracts can say anything from “only us” to “no one is selling anything.”

Swift’s “1989” contract is no different, and includes plenty of things photographers find offensive. For instance, the only way Sheldon could use his photos in a way that wasn’t a one-time, publication-only use, would be to ask her management. He owns the copyright, but sign that line and all control gets vaporized. What’s the point of a copyright if you get no say?

Swift’s team also required the perpetual use of these photographs for non-commercial publicity/promotion ops on her sites and social media accounts. No payment or no discussion of when they could use them and for how long like normal people do business — nothing.

And if he broke the contract, they could sue him – because for some laughable reason this could cause “irreparable harm” to Taylor Swift. In an updated contract that emerged after his letter came out, we learn that her team can also confiscate and destroy infringing equipment. That means memory cards and cell phones, and since it isn’t limited to these items, your camera too. I’d imagine your computer as well if the images made it that far.

And so I ask you… Is this fair?

When the richest company in the world just said they weren’t going to pay artists during a free trial, people were pissed. Swift sure was and wrote a letter asking for the fair treatment for artists of all sizes.

Do you honestly believe anyone can take a great concert photo? Because in my experience, and I’ve been doing this for six years now, that photo requires more than just luck. It arrives via experience, practice, and insanely expensive gear that is hard for most people to gather up.

I’ll give you an example… 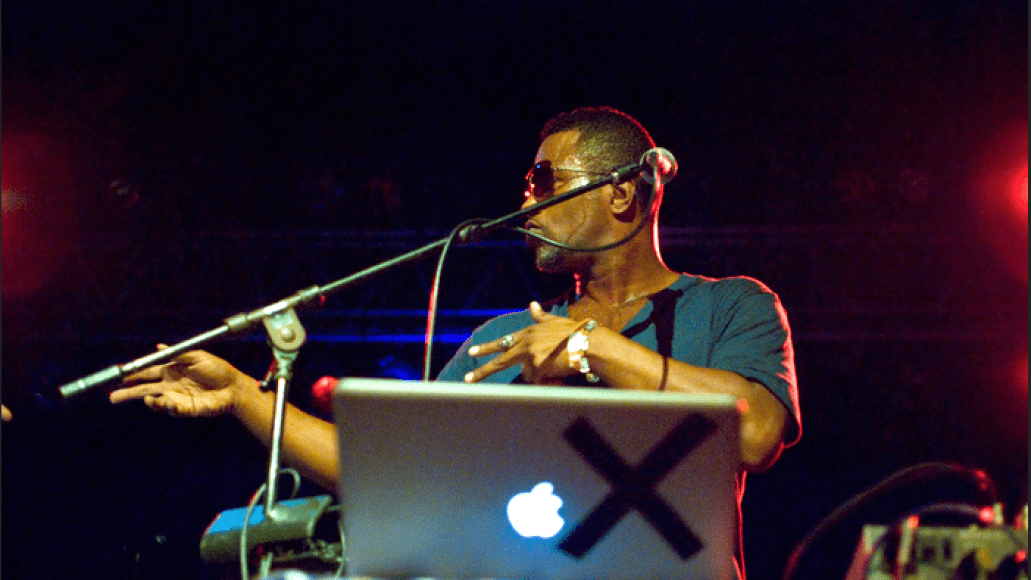 This was taken when I first started out. My gear was mediocre, my lens was too, and I still hadn’t developed any sort of skills around composition or editing. 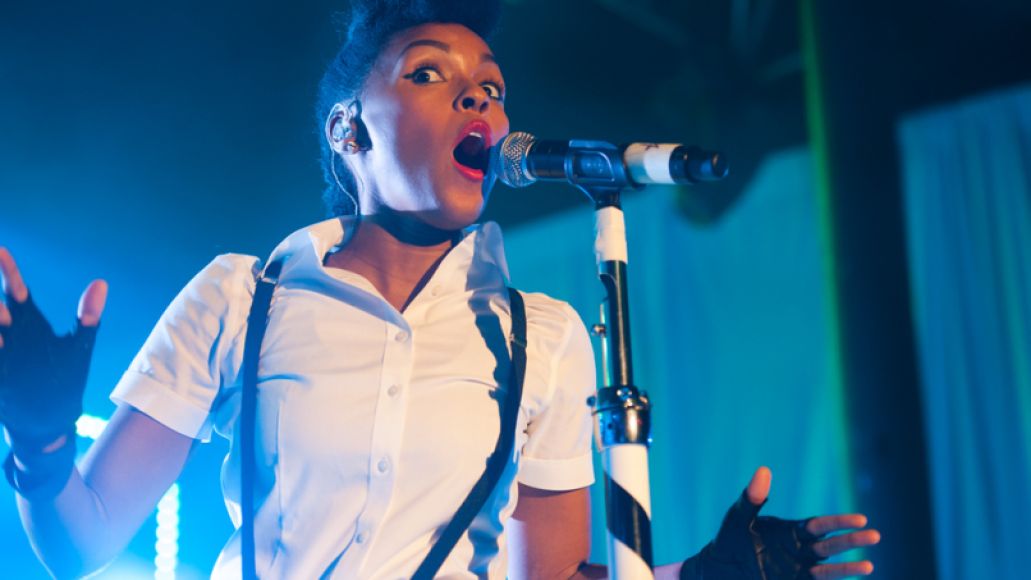 This was taken about a year and a half ago. Gear is now professional-grade, I’ve spent countless hours learning to compose, deal with ever-changing lighting conditions, and can edit like a champ, always with an eye on creating my own personal style. See the difference?

If the only thing acts saw were images like that first one, I might get the lack of respect. But usually, when you get to the level of the Taylor Swifts, you’ve passed some tests. Rinky-dink sites aren’t getting into arena shows, so what you are left with is a mix of professional and pro-level photographers, who are good enough to not only get the shot, but work with big media companies while they are doing it. More and more though, this skill set only seems to come with compromises.

“The real issue here for photographers is walking away from an unfair contract and having your outlet punish you for coming home with no pictures.”

That’s Ryan Muir, a professional photographer who has shot for Stereogum, Fader, SPIN, Rolling Stone, you name it. Like me, he’s also been to shows where you get handed a contract by surprise. Thankfully this isn’t the norm, as this part of the process is discussed with PR or the label ahead of time, but without the might of an organization behind you, most photographers are left in a comprising situation.

David Greenwald, The Oregonian’s Music Editor and photographer, has a bit more sway. “I don’t sign the contracts because I work at a major newspaper and we’re able not to. Our policy is to tell them we use photos for editorial use only and we won’t sign anything that limits our rights. For my own personal blog, though, I’m sure I would have a harder time getting them to drop the waiver.” 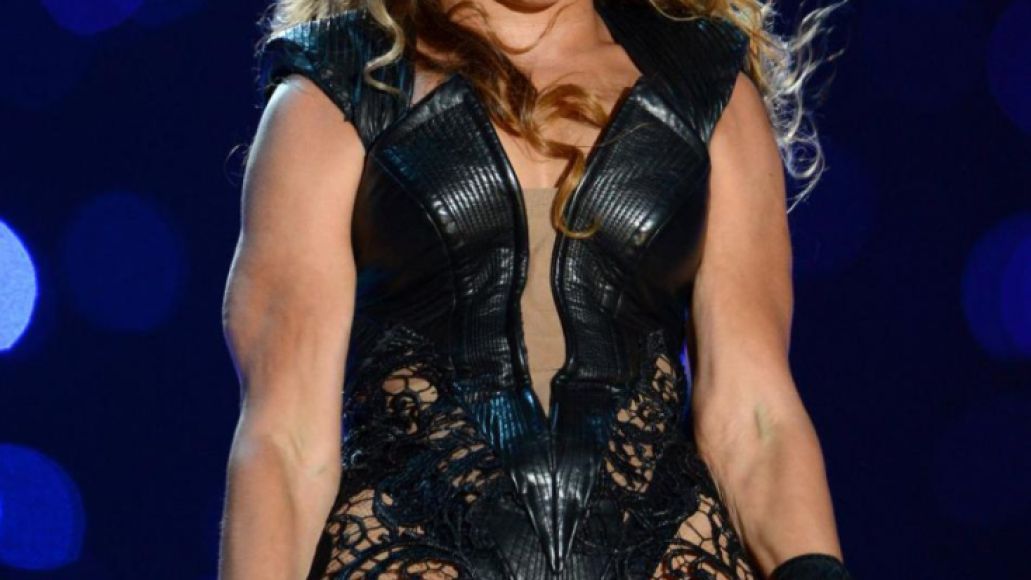 It’s true. Big artists have a power that most photographers don’t have, and an inclination to use it in ways that just might prevent Beyoncé Super Bowl Fail No. 2. Which actually underscores a big point for me: These organizations get the power of a photo, they just don’t want anyone else to have power over it. Greenwald said it best, “If they want that level of control, they should hire a tour photographer and release handout photos.”

Exactly. It wouldn’t be fun, but it would be a reasonable way for an artist to exert influence over their image. But that’s not what’s going on here; Swift’s, and contracts like it, are rights grabs that only benefit one party, without a work-for-hire order that would benefit the other side too.

Muir had a sobering take: “In my opinion, and this will be potentially controversial, photographers should not have an expectation that they are morally entitled to indefinitely leverage the likeness of an artist without the cooperation and or willingness of the subject. If artists, managers, publicists, etc. want to create this barrier to the unchecked proliferation of images that’s entirely their prerogative… I really dislike this business model and try to avoid structuring my business in this way as much as possible. In this case I feel what is legally permissible is not always in line with what is morally correct.”

A good point that I’m tired of resigning myself to. It sucks, because while realistic, it is another instance of a creative on the losing end of a power differential.

Can we get to “fair”? It’s a loaded word, to be sure. Most musicians, who we’re now comparing ourselves to, don’t get a fair shake. And it’s definitely not fair that most people stream their music instead of paying for it (covered that before). Fair treatment is not a right and, in general, it’s not our norm. To get it, we have to argue values like I am now. Not only values that I hope we all share, but values that people like Taylor Swift say they care about.

And if that is the case, then there is one thing in this story that I keep coming back to: you can’t say you fight for artists and then only go to war for your team.

Musicians aren’t the only creatives out there, and being a creative is hard. Businesses exploit you, underpay you (if they pay at all), and sometimes even steal your work. Capitalism rewards a few at the top, but most just toil and hope that their passion carries them to a place that feels good.

As a business, Swift gets to choose how she deals with creatives, and being a creative puts her in a unique place to empathize with others like her.

All I’m asking is to treat us with respect, and maybe tell your friends. Your voice obviously carries weight.

And if this contract thing is news to you, look to Michael Franti. He went through the same thing and made a change that works for everyone. That’s better than any corpo-PR statement, and accomplishes everything you told us is important.