This weekend, the festival-going masses will converge upon the tiny town of New York City, ballooning its population by something like .001% for the annual Governors Ball Music Festival. Will the fair hamlet be able to handle such demands upon its infrastructure? Only time will tell.

Held on Randall’s Island, pinned between Manhattan, Queens, and the Bronx in the East River, Gov Ball is one of the smaller, newer festivals on the circuit, having only been around since 2011. But that hasn’t stopped them from snagging some amazing big name acts like Drake, Florence and the Machine, My Morning Jacket, and Bjork. Originally just a single-day festival on Governors Island, Gov Ball has expanded to a full three-day celebration of music, and they’ve filled out those two additional days with some fantastic smaller bands. The fonts on the poster may all be the same size, but here are some of the best of those bands that fill the bottom half. 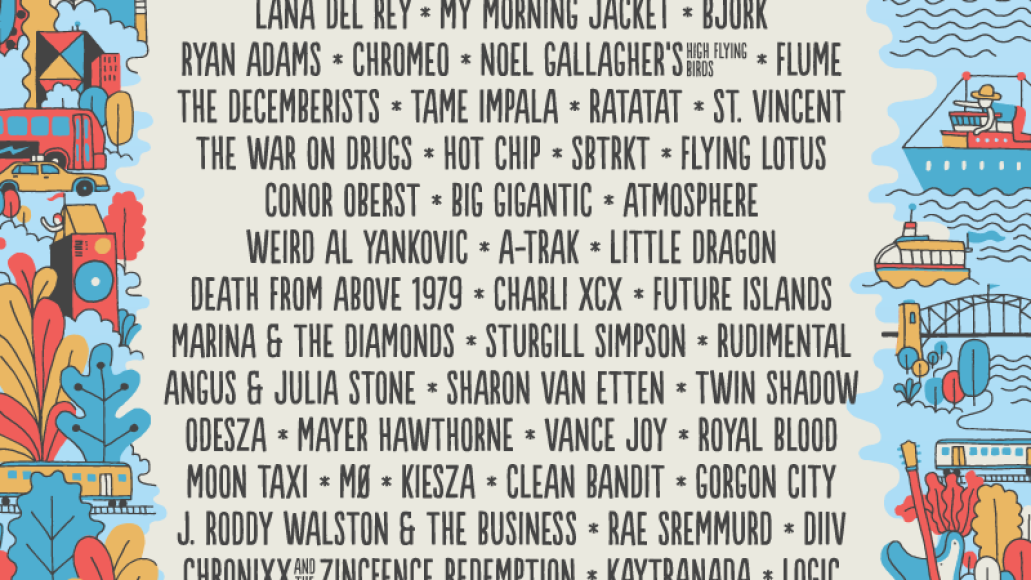 The Best of the Tiny Fonts in Governors Ball's 2015 Lineup