During one of Tokyo Police Club‘s more recent tours, frontman Dave Monks got into the habit of closing each show with a sparse version of the band’s Elephant Shell track “Tessellate”. Little did he know at the time, but those instances of stripping down musically would later inform Monks’ solo career, which he’s officially debuting with his upcoming All Signs Point To Yes EP.

“​We always kinda liked the original acoustic version, so at the end of the concert we decided to do that with just me onstage; no mics, no PA, a quiet room,” he notes in a press release. “It was this really cool, intimate, conversational moment with the crowd. I think playing that gave me confidence as a communicator. I can just say the words I want to say, people will understand them, and people will appreciate that.”

That raw honesty shines throughout his six-track effort, which finds Monks in his most natural state, heart cracked wide open and songs as bare as can be. Other influences on his new material include a new love, a new home in Brooklyn, and a whole lot of listening to Paul Simon, aka “an epic study in the power of acoustic minimalism.” He praises the legendary musician, saying, “The way Simon tells stories, it’s like how they tell it in a conversation on Seinfeld but set to music. It’s so awesome he can do that and doesn’t have anything else going on in it — less with more.”

While Monks isn’t quite on par with Simon just yet, his ability to be a vulnerable yet believable songwriter is admirable. In an effort to dig deep, artists often fall victim to schmaltzy ballads; Monks steers clear of that, such as on new song “The Rules”. Here, over gentle piano, Monks croons (or mourns, really) for his friends (Michelle and Michael) who’ve suffered loss and betrayal. “I’m also kinda singing to Michelle from the Beatles’ song, after Paul breaks her heart,” Monks explains of the track, adding, “The whole song came out in like ten minutes, and then I added strings for the record. Which I haven’t done before.”

Listen to “The Rules” below.

All Signs Point To Yes arrives on June 16th through Dine Alone Records. Pre-orders can be made here. 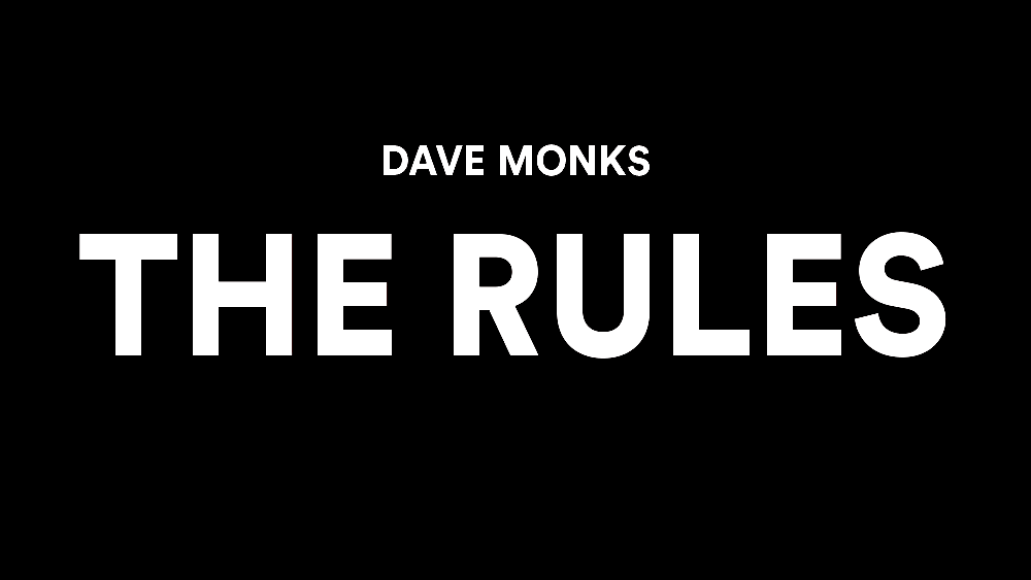