Wavves and Cloud Nothings’ collaborative album No Life For Me is now available on iTunes and Bandcamp. It’s also streaming in full below.

All but one track appearing on No Life For Me was co-written in collaboration by Wavves’ Nathan Williams and Cloud Nothings’ Dylan Baldi. Williams wrote the track titled “Such a Drag” by himself.

No Life For Me Artwork: 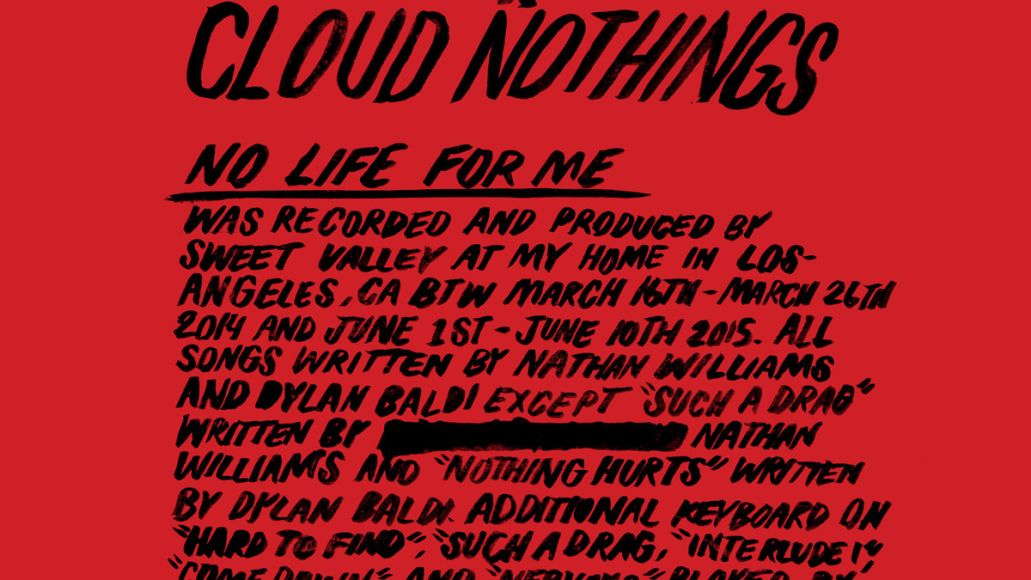 Wavves and Cloud Nothings release collaborative album No Life For Me