This week sees the release of Insidious: Chapter 3, the latest installment in just one of current mainstream horror’s ongoing franchises. Sequels have become as perennial in the summer moviegoing season as cities being destroyed or Adam Sandler taking vacations, so this should come as no shock. Even the novelty of seeing a horror film released during the school-free months has diminished over time, and should only continue to do so; to give just one example, the breakout success of The Conjuring two years ago validated the notion that summer can be yet another boom period for the darker sides of genre filmmaking. (That film’s sequel will drop next summer, with the unsubtle subtitle The Enfield Poltergeist.) It’s a great time to be in the business of bloodshed.

What’s curious about the proliferation of horror sequels right now, in particular, isn’t that they exist. They’ve been a key part of the economic model almost as long as film has existed. The history of the horror sequel in full is more appropriate for a book than for the relatively limited space of this essay, but recall that even Universal, whose horror films formed the backbone of so much of the American populace’s fears from the Roaring Twenties onward, was pushing out sequels to Frankenstein. Our horrors have often been sequential, but it’s arguably more pronounced now than ever before.

To be sure, sequels have become part of the economic model of Hollywood from top to bottom. Most movies aren’t getting greenlit without a director of a certain reputation being at the helm, because standalone movies simply don’t offer what ready-made introductory properties do. Which is sexier to a studio: a movie that either hits or flops, or a guaranteed hit that can spawn several others? With horror, you have to further assess it on the curve, since the budgets are dramatically smaller, and the break-even point beyond which a film can be called a “hit” suddenly gets a lot lower. To return to The Conjuring, that film cost director James Wan a reported $20 million to make and made $318 million worldwide for its troubles. Even if you go down the ladder to the surprise hit The Purge earlier that same summer, you’ll find that Universal made nearly $90 million on a budget of just $3 million. Its sequel, for that matter, broke into the nine-figure range on an increased budget of only $9 million last year.

Horror sequels are one of Hollywood’s most lucrative cottage industries, because there’s a guaranteed audience. That might be a problem in some respects (we’ll return to that in a second), but it’s undeniably smart from a studio perspective to invest in movies that cost nothing and can beget untold millions if sold the right way. Think about the past few years alone. The eminently forgettable The Woman in Black got a sequel early this year, and if the straight-to-OnDemand market has taught us anything, it’s that any property can continue on ad infinitum, if not in theaters then certainly elsewhere. Paranormal Activity yielded three sequels and a (surprisingly engaging) Latino-centric spinoff. Sinister is getting another installment before 2015 is out. Eventually that Amityville 3D reboot will see the light of day. 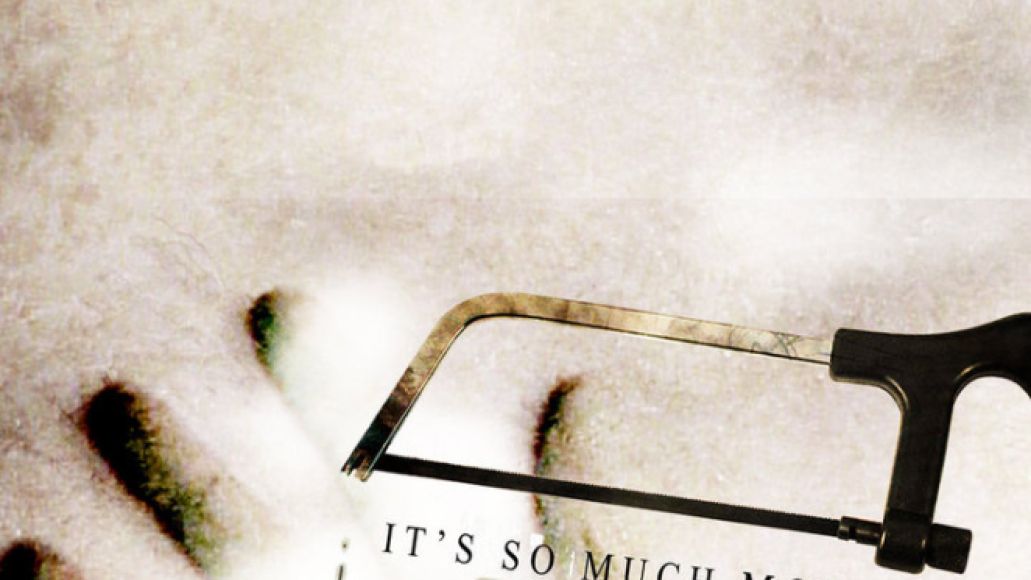 In fact, it might be faster to just ask which horror movies don’t get sequels in the franchise era. Where they were common before, they’ve now become part of an industry model. Saw begat seven installments, and every installment between the second and sixth precipitously lost money. (The seventh and for now final entry in the series, Saw 3D, got a light bump from being the alleged last film, but still failed to outgross even the original.) Anaconda, that zeitgeist-capturing Jon Voight vehicle, got a hastily assembled 2005 sequel. Piranha 3D led to Piranha 3DD, a film offensive both for its total failings as a film and its inability to at least meet the Russ Meyer camp appeal of its title. Insidious was an even bigger hit the second time around, and this third installment is being treated as the grandest to date.

Any horror film that offers even the vaguest glimmers of hope for a continuation usually gets one now, and sometimes even that isn’t a requirement. Paranormal Activity director Oren Peli was advised to change his brutal, definitive original ending to one more open-ended so that others might follow. The Conjuring more or less wraps up its central mystery, and look how that’s turning out. Hell, let’s go back a few more years and recall when The Blair Witch Project left literally nobody behind for a follow-up and still got a sequel that’s basically the musical genre of nu-metal circa 1999 made manifest on celluloid.

Simply put, the franchise model is doing more harm to the horror genre than it is good. When there’s a certain kind of anything that works in Hollywood, for one, it will then be repeated ad nauseam until such time as the earth around it must be burnt and salted. With horror, there’s even more of a glut, because there’s a tendency to only make one kind of horror movie at a time. Before found footage was torture porn, before and during that there were remakes and ripoffs of Asian horror films aplenty, before that was meta-horror, and so on. Every horror film getting a sequel becomes a far bigger issue when there’s already a homogeneity of ideas in the genre (again, we’re talking at the mainstream level here), and those sequels only help to expedite the destruction of a once-fertile storytelling landscape before the best filmmakers even get the chance to play around within it.

At the same time, you can only indict studios to a certain extent for going where the safest, most assured money is. That’s on the audience, and the audience doesn’t seem to mind. And why? Many of these films aren’t good; a few minutes spent on Metacritic or Rotten Tomatoes will illustrate, with precious few exceptions, a general drop in critical approval between entries in a series. The same is true for audiences, albeit less easily gauged; based on the Cinemascore exit polls, admittedly a speculative science that almost always reads kinder than reviews, there’s still a marked depreciation from film to film, usually growing sharper as time goes on. So how are all these horror sequels still packing houses?

Simply put, it’s because the modern mainstream marketplace doesn’t encourage people to seek out a horror film as a film any more than it asks viewers to have a basic understanding of geological science before stepping into San Andreas. Horror films are sold as spectacle rooted in raw sensation; this is nothing new. But now it’s that spectacle that people appear to be paying for. The Dissolve’s Tasha Robinson illustrated well last year how horror sequels rarely work because of the lack of surprise inherent in them after a first go-around, but there’s also something to be said about that same familiarity being appealing to viewers inasmuch as it tells them, “Hey, this is something that previously scared you, it probably will again.”

Plus, now that torture porn has mercifully fallen out of fashion, there’s a distinct kind of horror that gets made at the studio level: heavy on jump scares, light on plot and casting, creepy dolls and children abounding. Modern horror, though there are certainly exceptions, tends to hew toward the ephemeral, the disposable, the forgettable. It’s the Michael Bay mode of filmmaking: makes you feel good as you’re taking it in, disappears within a few days, and returns a couple years down the line to repeat the process until enough people catch on to the vapidity of it all. (In this scenario, the next step would be to start shamelessly aiming horror movies at Chinese audiences, I guess.) Horror isn’t getting sold on its individuality, on its distinct new approaches to an increasingly overwrought genre. It’s being sold with the nondescript, Wal-Mart brand labeled “HORROR!” on every poster and trailer, for audiences who just want that thing because of past enjoyable experiences they’ve had with it. The business is reproduction, and business is booming.

Why So Sequel? The Endless Nightmare of Horror Franchises