On August 28th, Yo La Tengo will return with a new album called Stuff Like That There through Matador Records. The LP serves as the proper follow-up to 2013’s Fade, but it’s modeled more on 1990’s Fakebook, which featured a handful of covers and original tracks. Staying true to that record’s original lineup, YLT’s Ira Kaplan, Georgia Hubley and James McNew reunited with former member Dave Schramm for this release.

The 14-track effort includes covers of The Cure, Hank Williams, The Parliaments, Sun Ra, The Lovin’ Spoonful, and Darlene McCrea, among others. It also features three updated versions of Yo La Tengo originals (“All Your Secrets”, “The Ballad of Red Buckets”, and “Deeper Into Movies”), as well as two all-new songs (“Rickety” and “Awhileaway”).

As a preview, the veteran indie rockers have revealed their rendition of Special Pillow’s “Automatic Doom” and a lovely new take on I Can Hear the Heart Beating as One track “Deeper Into Movies”. Check out both below. 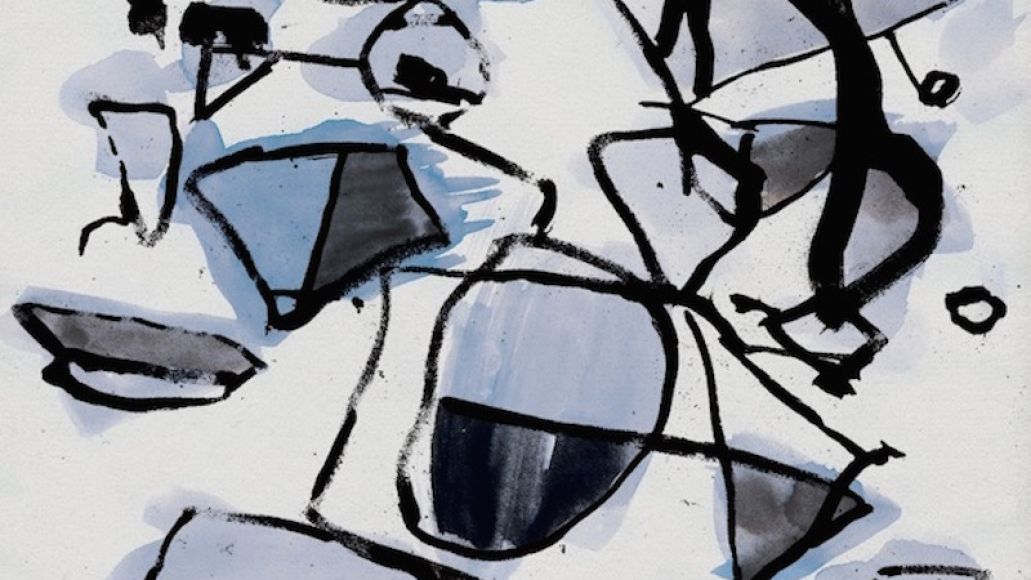 Stuff Like That There Tracklist:
01. My Heart’s Not in It (Darlene McCrea)
02. Rickety
03. I’m So Lonesome I Could Cry (Hank Williams)
04. All Your Secrets (remake of track from Popular Songs)
05. The Ballad of Red Buckets (remake of track from Electr-o-pura)
06. Friday I’m in Love (The Cure)
07. Before We Stopped to Think (Great Plains)
08. Butchie’s Tune (The Lovin’ Spoonful)
09. Automatic Doom (Special Pillow)
10. Awhileaway
11. I Can Feel the Ice Melting (The Parliaments)
12. Naples (Antietam)
13. Deeper Into Movies (remake of track from I Can Hear the Heart Beating as One)
14. Somebody’s in Love (The Cosmic Rays with Le Sun Ra and Arkestra)

Along with the LP news, the band’s mapped out a world tour featuring dates across the US and Europe.

Read a new biography on Yo La Tengo penned by Lambchop’s Kurt Wagner:

It seems like almost every other spring one of the robins in our front yard builds a nest on our front porch. It’s always in the same spot above a column in a corner. This is one of those years. A nest appeared as it always has and in time three baby robins poked their heads above the lip of the nest with their beaks pointed to the sky, open wide and requiring. I took to calling those chicks Georgia, Ira, and James. They are in my eyes.

Like the nest, the arrival of a new Yo La Tengo record is a wonder of nature indeed. Constructing in their own fashion a nest for the making of recordings in a comfortable, familiar setting. Assembled from a variety of materials both natural and synthetic, their nest is a strong one. Yet unlike the bird’s nest held together by poop, theirs is a nest that rarely needs such an adhesive to some relief. With occasion, the splendid nature of both endeavors requires the new and its relations.

Between us I honestly wondered if either would in fact return at all following Fade and a tough winter. But I’m a dumbass. The robins showed up again this year and the trio has returned to a concept from which in nineteen ninety they made another F-word-titled record: Fakebook. It was the first record by them I ever heard.

That was nineteen ninety three or four.

Time has an unfunny way of moving pretty fast as we move with it. As artists we benefit from the accumulation of experience. A professor once told me “most artists only have maybe two or three ideas through the course of their lives. Try as they might they are doomed to repeat and refine those ideas. Sometimes they turn out to be good ideas.” That guy was full of beans but the notion of it gives me pause from time to time. What if he’s right?

Stuff Like That There may well be a 25th anniversary sequel to the idea of Fakebook but to my ears it makes a case for simply returning to what moved Yo La Tengo to make things in the first place: embracing the people who they still hold close and making a spirited noise about it.

Does it not sound like fun to work with old friends like guitarist Dave Schramm and engineer Gene Holder? It also seems like a good way to try something “McNew,” like James McNew on upright bass, an elemental contribution whose significance cannot be overstated. With Fakebook as template, Stuff Like That There is a record with ties to the past which contribute to the sound they make furthered by an affinity for the sounds they love. Somehow they compose the already composed by return. It’s clear-eyed. It’s clever and concealed.

Rare is the band that can cover themselves. Rarer is the band that would even think of it and rarer still is a band that would return to the conception and re-imagine its first breakthrough record. Someone may have read recently that old quote about how “in not knowing history one is doomed to repeat it.” There’s not another band that I know that is less doomed than Yo La Tengo.

I thought it would be a good idea to listen to this record while writing the bio for it. It’s not. It is distracting. I drift away from the virtual page and fall deep into the virtual sound. Suddenly all sounds are amplified all around me, my dogs are barking and I’m in love all over again. “All Your Secrets” is playing and I hallucinate that the intro is from one of my old songs. I searched “Automatic Doom” to see what “cover” it was and it appears to be a song by either @mistersparrow or Special Pillow. My money is on the pillow though both are in the same key.

“Awhileaway” has got to be an original, I wrote one recently with the same title. Lucky for me I abandoned it. “I Can Feel The Ice Melting” turns out to be a Parliaments song. And “Naples” seems pretty dang original to me and it was originally by Antietam. “Somebody’s in Love” is a Sun Ra song. Darlene McCrea’s “My Heart’s Not In It” kicks things off and The Lovin’ Spoonful gets a nod with “Butchie’s Tune” (I still wonder who Butchie was). For me, my favorite track on the record is “Before We Stop To Think,” a cover of the great Great Plains. In a way it is the one that sums up their approach at its best.

One thing I’ve noticed is that once you learn who these songs are by originally it some how makes you seem much smarter when you can reveal its origin to another listener. Imagine yourself saying, “yes, it’s a great song and it’s by Great Plains!”It makes you the wiser. Yo La Tengo choose sources that make you enriched if not empowered. There’s a word I swore I’d never use.

Power up, people, this is stuff like that there.

Yo La Tengo announces new album Stuff Like That There