Apple Music launched this week with much fan fare thanks largely to massive exclusives from Nine Inch Nails and Pharrell along with the premiere of the star-studded Beats 1 Radio. However, not everyone seems to be happy with Apple’s foray into streaming music, especially since its come at the cost of their own personal iTunes libraries.

According to Apple Insiders, users have experienced numerous issues upon activating iCloud Music Library. The feature is intended to provide offline caching and remote streaming of an uploaded iTunes library. However, as Apple Insiders notes, “syncing changes can potentially wipe out [song files] and playlists across devices”; “bad metadata and artwork, creating duplicates, or restoring music that was previously deleted from iTunes Match”; and “if [iCloud Music Library] matches an uploaded file with one on Apple’s servers, trying to download the file again will yield a copy-protected version rather than the one that was originally uploaded.”

Mashable writer Ronaldo Chavez documented his own troubles. In the photo below, you can see album artwork from Crystal Castles, but the album is identified as Arcade Fire’s Reflektor. There are also tracks attributed to The Beatles, Outkast and other artists. Meanwhile, the Vine clip shows Chavez attempting to play a Beatles song only to hear Arctic Monkeys. 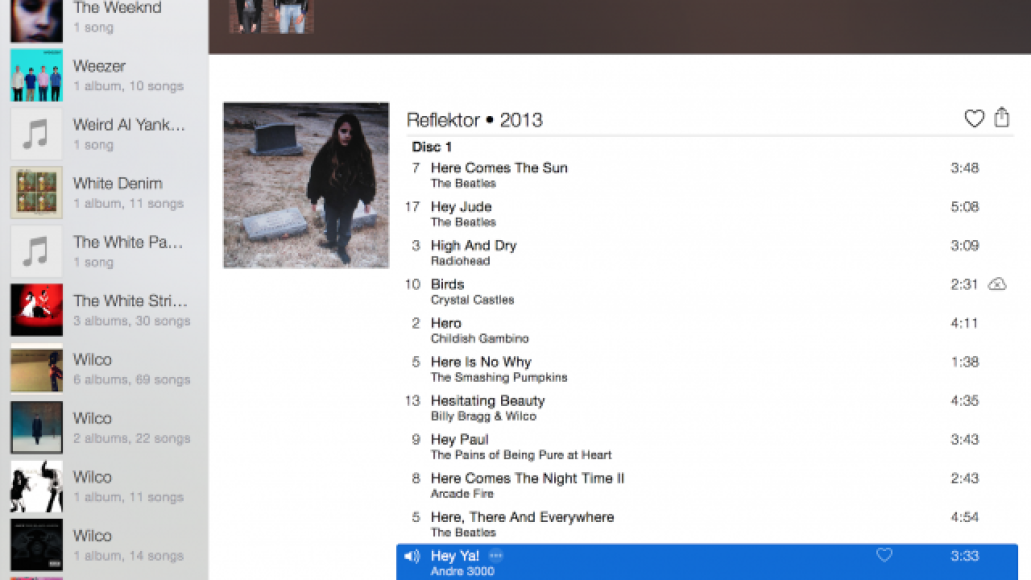 For users who encounter such issues, Apple advises this solution:

Below, watch the latest episode of Rock it Out! Blog for a discussion on Apple Music’s Beats 1 Radio.