After discontinuing the iPod Classic line back in September, many assumed it was the beginning of the end for Apple’s revolutionary portable music devices. After all, doesn’t everyone just have a smartphone nowadays? Well, it looks like Apple believes there’s still a mark for music and video players that can’t make calls, as they’ve today announced the first upgrades to their iPod Touch, Nano, and Shuffle in almost three years.

Though the nano and shuffle really haven’t changed all that much, the touch has been brought closer in line with the iPhone 6. With a 4-inch retina touch screen, the devices displays images at 1136×640. There’s an 8 megapixel iSight camera on the back, and a front-facing FaceTime HD camera for all your selfie needs. (And, ya know, FaceTiming.) The big pick-up is internally, where it’s running an A8 chip that purportedly brings performance speed up 10 times over the last iPod touch model. They’ve also included the M8 motion coprocessor that helps measure physical movement for use with fitness apps. 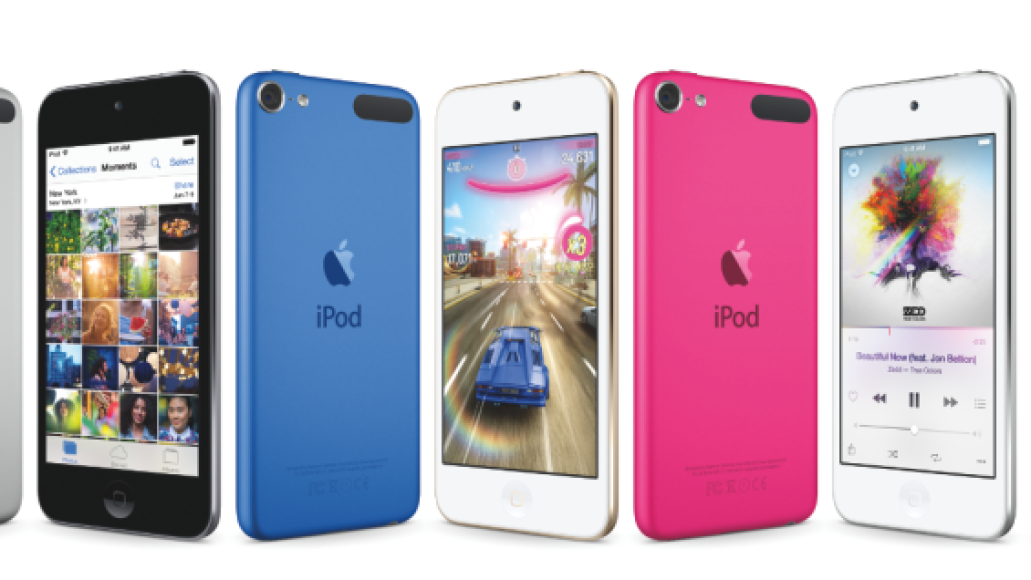 And yes, they come loaded with the most up-to-date version of iTunes and iOS, so you’ve got Apple Music right out of the box.

Apple's iPod Touch is back with first upgrade in three years