Standing on a rainbow-painted crosswalk and eating a slice of pizza, I watch Meatbodies pummel through a set of sweaty and heavy garage rock epics. Their faces are smeared with makeup, and the members wear a range of short-shorts and capes. Looming about a block behind the stage, outside of the festival grounds, is a condominium. Two silhouettes stand on the roof smoking cigarettes, quite literally looking down on all of us. This brief moment encapsulates the dichotomy of Seattle’s Capitol Hill neighborhood.

I went into this year’s Capitol Hill Block Party with a little chip on my shoulder, which is not entirely fair to the festival. The neighborhood has long stood as an oasis for Seattle’s artists and LGBTQ community. However, in recent years, Seattle has succumbed to gentrification. It’s not a story unique to the Emerald City, but it’s a cautionary tale all the same. Sentiment from locals has started to reach critical mass, especially when earlier this year a bizarre Amazon recruitment video surfaced that paints Capitol Hill (among others) as a novelty to be exploited – plus, it’s warmer here than New Jersey!

Walking down Pine Street during Capitol Hill, the changes to the community were apparent. Most notably, The Comet Tavern, which was once a dive bar and venue that housed local bands every night, is now a trendy bar. Outside the Comet and at the Cha Cha Lounge across the street are signs decrying homophobia, racism, sexism, transphobia, and general hatefulness. It’s a great sentiment, but it’s bizarre that such signs would even be needed in a progressive city like Seattle. 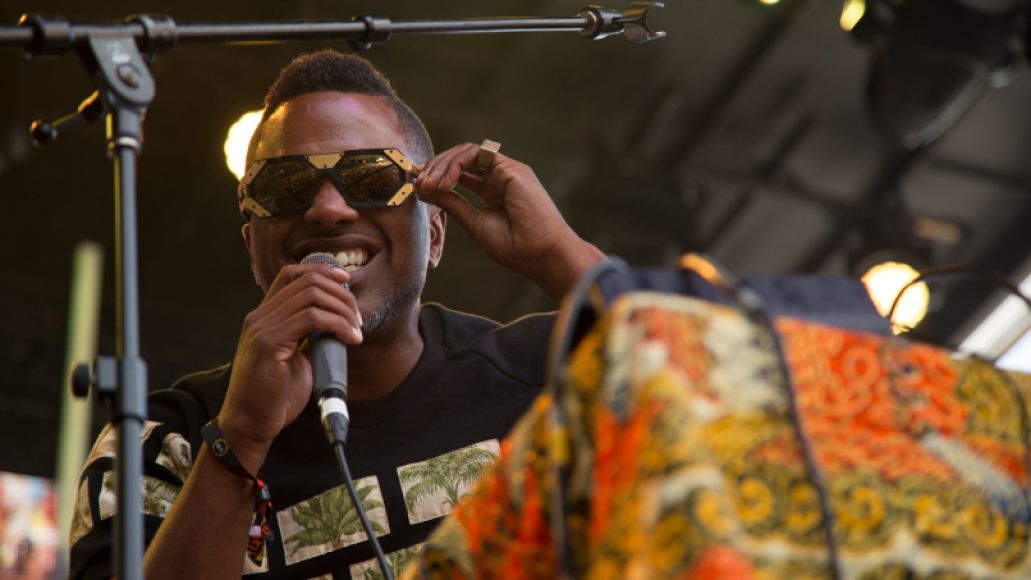 Each year that Block Party returns to Seattle, the neighborhood feels a bit different. Yet, the festival has continued to rally against the change. Starting things off on Friday afternoon with local hip-hop duo and self-proclaimed black weirdos Shabazz Palaces felt most in step with the old format of the neighborhood. Ishmael Butler and Tendai Maraire’s eclectic beats and off-kilter synthesizers don’t exactly fit a sunny midday set, but the two managed to acclimate their sound to the party aesthetic.

“We can’t get no love at home?” Maraire prodded and joked mid-set. Whether they’re doing synchronized arm dances or dropping subtle wordplay between songs, the chemistry between the two MCs is palpable. While their success has already taken them well beyond Seattle, seeing them still hold down for their city made for a meaningful way to start the weekend.

Wandering downstairs to the basement venue Barboza, local dreampop act Ephrata wooed the crowd with lovely droning and four-part harmonies. There’s an imminent sadness to their music, which was a bit of an anomaly on an otherwise lively and upbeat lineup. The layers of fuzz and heavenly vocals fit the dank darkness of the basement – ideal for drinking a beer and getting lost in your own head. 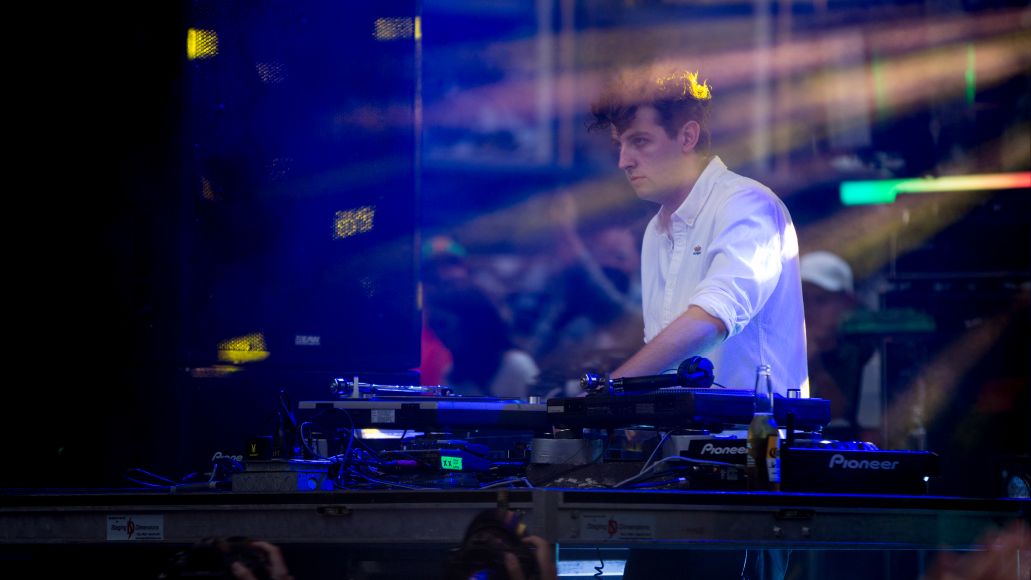 The thing to remember with Capitol Hill Block Party is that the key word is “party.” While there is often great music, it’s all framed in the context of celebration. Any excuse to turn things up and rage is taken. Braving the crowd for Jamie XX, this was especially apparent – and the UK producer handled it masterfully. His tone was clear and immediate, opening with his Young Thug-featuring banger “I Know There’s Gonna Be (Good Times)”. But before he let Thugga’s vocals jump in to ignite the crowd, he played the sampled “Good Times” by The Persuasions in full. It was a brilliant way to ease into a guaranteed crowd-pleaser, letting the audience sit with the beautiful harmonies and understand that there’s more going on in the production than just a summer jam. Jamie XX’s set touched upon all corners of his career, transitioning between older material and In Colour favorites fluidly while heightening the emotion. The turn between his Gil Scott-Heron collaboration “I’ll Take Care of U” and “The Rest Is Noise” was positively beautiful, letting the massive piano chord of the latter wash over the crowd.

Saturday saw things get even livelier. Once again, a local hip-hop act started the day. A bit more straightforward than Shabazz, The Physics are often a go-to act to round out a hip-hop bill with some local flavor. There was a sense of community in their performance as they referenced being products of their neighborhood. They drew a smaller crowd, but most people there seemed to be fans who hung on every word they spat. 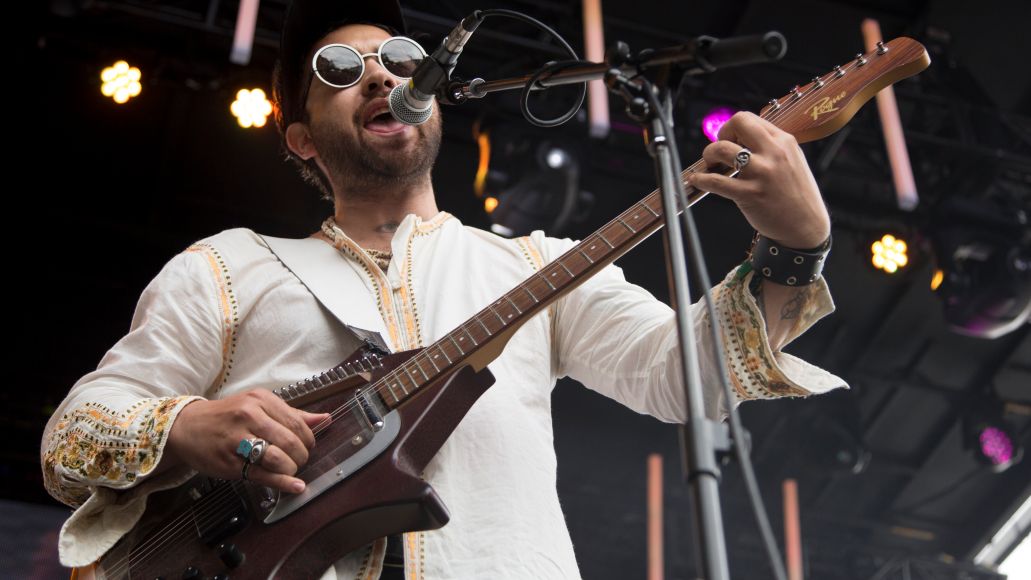 Soon after, Unknown Mortal Orchestra came out to carry on the excited vibes with their endlessly catchy material. Now Portlanders themselves, the group has fully embraced the Northwest ethos. Frontman Ruban Nielson’s flowing shirt and sunglasses exuded the granola subculture that comes with the wooded territory. The band’s Multi-Love tracks garnered massive enthusiasm from the audience, with people screaming with joy as they played the title track. Later that night, Toro Y Moi built off the indie rock dance vibes that UMO had begun, and people started dance circles packed the entire block between 10th and Broadway.

Gray skies hung over the city all day Sunday. It made things feel even more like home. DIIV’s early set at the main stage helped as well. It’s easy or almost lazy to point out frontman Zachary Cole Smith’s affinity with Nirvana’s Kurt Cobain, yet it was hard not to notice. Wearing an over-sized plaid shirt and a skirt, he led the band through a set of primarily new material. The newer tracks felt similar to Oshin, with just a hint more aggression and darkness. They flowed well enough between the older songs, creating a dreamy vibe that held the crowd captivated. In between songs, Smith repeatedly mispronounced the band’s name as “div” and said that they were from Newport. It was classic Cobain-style deadpan, but the music kept far enough away from their grunge idols that the set stood on its own and became an early Sunday highlight.

Soon it began to rain with only a couple flashes of lightning. Braving the weather, Lower Dens delivered a short but lively set at one of the side stages. People were blissfully soaked in their shorts and t-shirts as Jana Hunter danced and belted vocals from the edge of the stage. Soon after they finished, the weather let up. Still, the urgency of it all seemed to fuel the band for one of the most lively and emotive performances of the weekend. 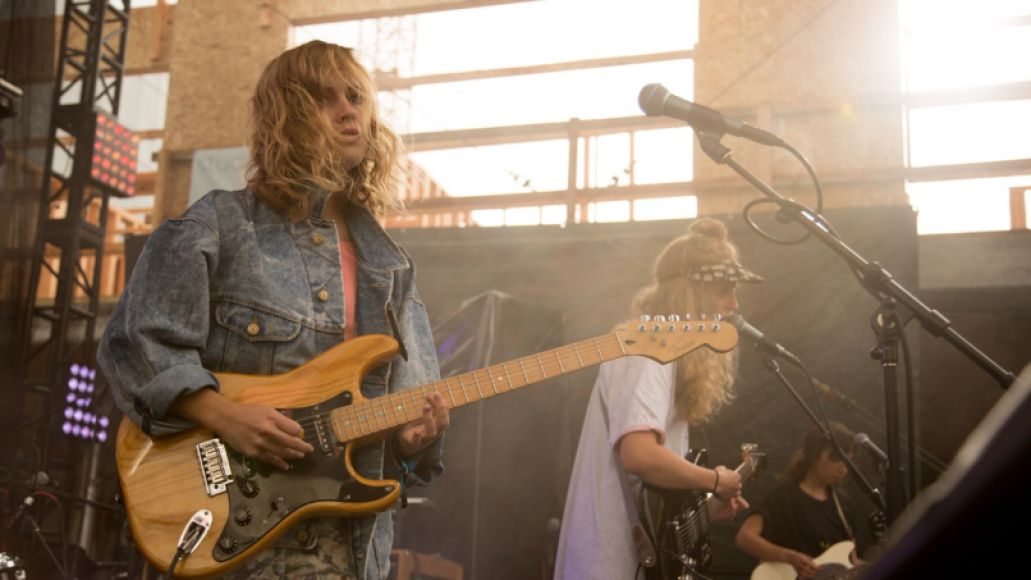 Chastity Belt’s set was Seattle in its purest form. The sarcastic punks blared through their Time to Go Home material with over-the-top solos and lots of sneer. Frontwoman Julia Shapiro even wore a Sleepless in Seattle shirt to mark the occasion. It’s near impossible to live in Seattle and not see Chastity Belt at least once; it feels like the group is playing somewhere in town every week. Yet there’s a reason why they still draw a large crowd. Their stage presence is fun, and their lyrics are poignant. One lyric on the track “IDC” had me rapt: “Is it cool not to care?” It’s a loaded question. Obviously, it’s not very cool to care too much about what people think about you. Yet, it can also be rude and distant to not show affection or at least interest in others. That’s so Seattle. But it also made me think about that aforementioned “chip on my shoulder” about Block Party. Is it right to come to this festival with a blasé attitude and roll my eyes? Is that cool, or am I just being an asshole? “IDC” might as well have been a thesis statement for the whole weekend, waiting to be proven or disproven.

Leave it to Father John Misty to take these ideas a step further. Josh Tillman is a Block Party veteran, drumming on the main stage with Fleet Foxes in 2008 and playing as Father John Misty in 2012. He no longer lives in the city, but he still seems to have a firm grasp on things. 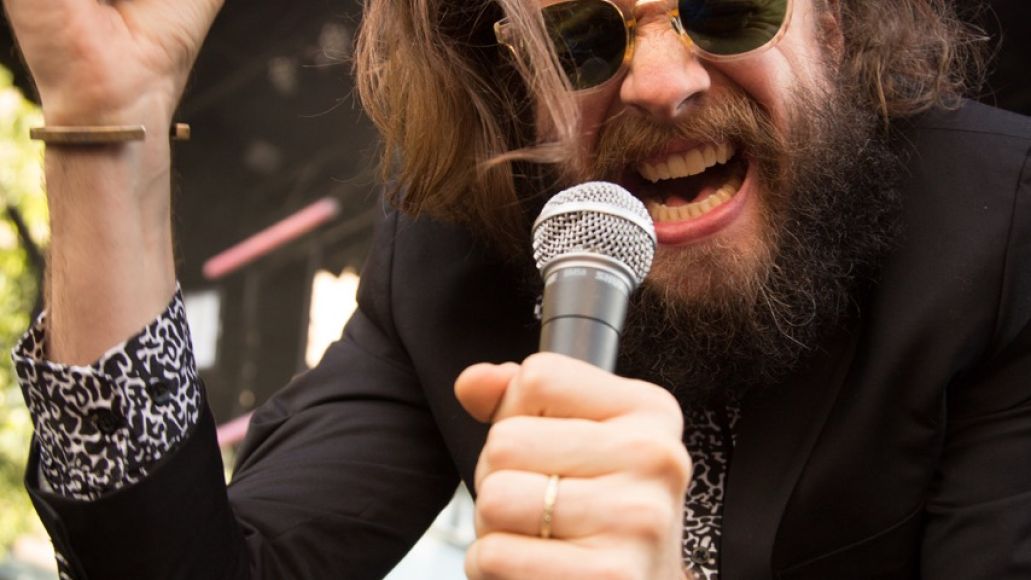 “This is one fucked-up neighborhood,” he chided, mockingly referring to Block Party as a “neighborhood gathering.” His assessment wasn’t too far off as one man sitting in a windowsill above the crowd attached a piece of pizza to a fishing line. Tillman then would point to areas of the street and say, “I used to puke there, and there, and there.” He then would go on to sashay across the stage, argue with crowd members on their cellphones, and tear through I Love You, Honeybear material.

As I was entranced by the rampaging guitars and surrealistic visuals of weekend closer Ratatat, my thoughts kept turning back to Jamie XX and his opening track. The phrase “I know there’s gonna be good times” stuck in my head. I looked around and saw so many people happy and having fun. I remembered the sign outside The Comet condemning racism and homophobia and realized I had witnessed none of that over the weekend. I had come into the weekend as close-minded as those I was pre-condemning. Is it cool not to care? I still don’t know, and I can’t really expect a block party to give that answer. But what was clear was that people wanted good times, and good times were had. That doesn’t dismiss the larger issues at hand, but it was good enough to set them aside for three days. Three days where Capitol Hill could harbor both the old community and the new. 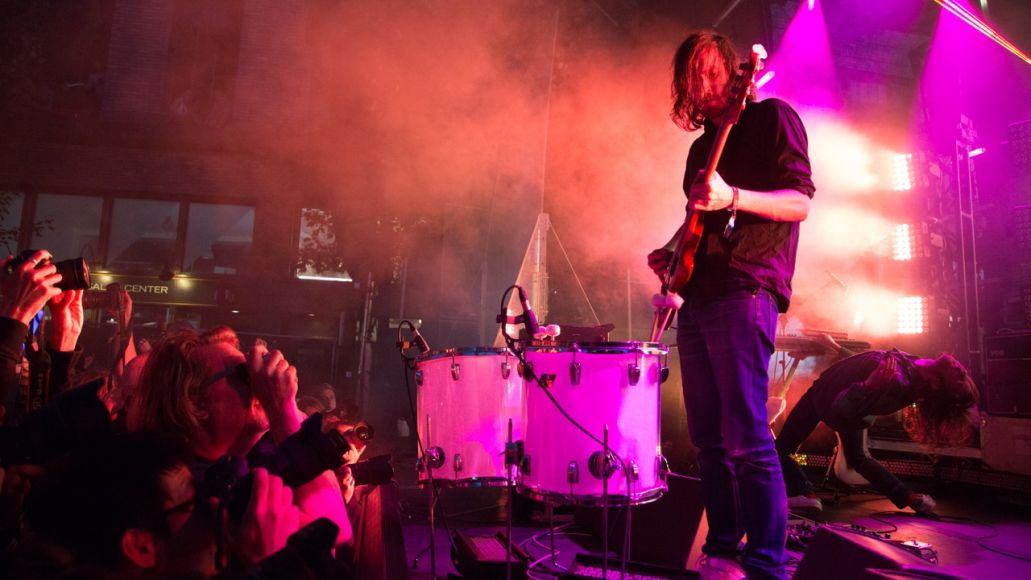 Click ahead to see an exclusive photo gallery by Pete Vandenbelt.