Three shaking heads sit in front of me at Converse Rubber Tracks studio in Williamsburg. I’ve just asked Wet if they consider themselves a part of the indie R&B sound they’re often associated with. Since releasing their sweet, spare, self-titled EP back in late 2013, the trio’s name has been mentioned in similar syntaxes as SZA or Dev Hynes. But ask Wet if this is their “scene,” and they’ll respond as band member Joe Valle does: “Not necessarily.”

“We don’t say R&B,” explains singer/songwriter Kelly Zutrau. “We say that we’re influenced by a lot of R&B music, but we try to stay away from saying much more than it’s pop. Pop is the word we’ve been using.” In fact, the only reference to genre on their Facebook page is an old post shouting out Australian outfit The Harpoons, their compatriots in what they’d jokingly dubbed sweatshirtwave — a bit of self-mockery centered on their press photos consistently featuring crewneck sweatshirts. (“I recently counted, and I’m at 15,” Zutrau admits. “Six of them are gray, and then I have like three white ones, four black ones, a green one…”)

All told, the band seems largely content letting their story be crafted partly by outside forces. After moving to Western Massachusetts to work on Don’t You, their full-length debut for Columbia Records, they became the band “formerly from Brooklyn,” then “Western Massachusetts’ Wet,” and now, as Zutrau and Marty Sulkow say in unison, “Massachusetts by way of Brooklyn.” Valle jokes that they should just be “International darlings, Wet.”

They’ll even sit back and let the studio decide when to release the LP. Zutrau notes there’s still some work to be done, but after that, it’s about “seeing when the label wants to put it out. We’ve sort of given up a little bit of control over that, and we’re trusting people that have done this a million times.” It helps that they sincerely believe in the Columbia folks, whom Sulkow says are “consistently among the most intelligent and capable people that we’ve met.”

Relinquishing control is easy because they genuinely seem concerned with only one thing: their music. It’s why they moved away from the hustle of New York City back to their home state. “We were feeling overwhelmed by all of [these social things],” says Zutrau. “Going to industry things, going to shows all the time. And just feeling like we were doing stuff surrounding music, but the actual making of music wasn’t happening fast enough.” Being in Western Mass allowed them to remain close to the NYC industry while developing “a daily practice,” as Valle puts it. Recording in Brooklyn meant strict studio schedules and time pressures, “whereas out there, you can wake up and kind of just come and go and work your own schedule. Which for me is a lot more conducive to getting the best work done.”

The result of all that breathing room has had an inverse reaction within the music. Wet’s four tracks were full of aching spaces and gentle tones. Don’t You, on the other hand, contains “a much wider sonic palette.” Our first sip came with “Deadwater”, a song that feels like a perfect gateway between their EP and the sound they’re describing now. It’s as succulent as ever thanks to watery electronics and subtly fierce percussion, but there’s much more there: the fluttering piano, the profuseness of the vocal layering. Zutrau says most of the songs have this richness to them, and at least half feature full strings. 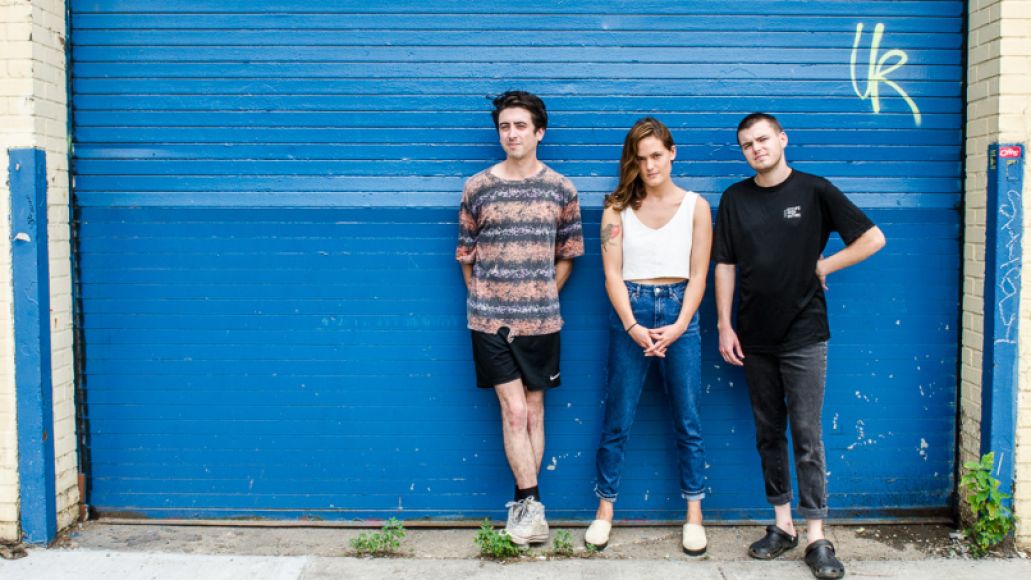 Before I can even ask, she offers that the LP won’t be another collection of breakup songs. Wet was highlighted by minimalist heartbreakers like “Don’t Want to Be Your Girl” and “No Lie”, and though Don’t You touches on similar themes (even featuring a reworking of the former track), they’re not the focus. “Loss is still a really big theme lyrically, but I think we went into different kinds of lost and just more general feelings … being alone, too, and loneliness. Sort of touching on a lot of different things within one song and bouncing around.” You hear this on “Deadwater” as she sings, “If my legs were long/ They might carry us farther/ But we waited too long/ And so the task just got harder.” That’s failure, sure, but romantic? Emotional? Aspirational? It could be any and all of these things at once.

“I don’t think that people who liked the EP will not find things musically to like on this album,” Valle adds. “But it’s definitely a little bit different, and I think it creates a bit more of a denser and more developed sonic world than the EP.”

“Which is partly because we just spent a lot more time on these songs,” Zutrau picks up. “And I think you can really hear the time and the pressure we put on ourselves. It felt very important to us to feel good about these songs and not finish until they were perfect.”

The pressure isn’t just internal, what with publications like FADER calling them “the most promising group in music” and international tours with CHVRCHES and London Grammar. Partially due to their relocation and partially to their innately even-keeled nature, they’ve become incredibly adept at muting the noise and focusing on making good work. “We feel confident in our music, which is good,” explains Sulkow. “I think a lot of the anxiety comes from more of the prosaic side of the industry, like when can we get people the music and that kind of stuff.”

Touring with such experienced acts edified the young musicians. Zutrau recalls wondering early on why their live show wasn’t briskly improving, but slowly realized that it’s all about increments. “I feel like we come away from those [supporting tours] and our show has progressed a lot, even if it’s over a couple of weeks, just from learning, watching the bands that we’re opening for.” That includes everything from performance tips to technical aspects. They’re plotting a tour around Don’t You that will unveil a whole new stage version of Wet, complete with lights and new designs.

But as with most things, the band is most excited about the music. “[The new songs] are so fun to play,” Valle says of debuting some of Don’t You live at recent gigs. “And getting feedback from people on them is just a little taste of like whether or not a song will be popular, and it’s really exciting to see what people are reacting to.”

There are repeated mentions of wanting to see how people respond to the new tracks. At the same time, however, they’ve learned patience. It’s in their music, it’s in the development of their live show, and it’s even in the way they talk. So while there’s an emotional desire to get the new record out ASAP, there’s a steady willingness to wait until the moment is right. When that sweet spot comes sometime soon, Wet will be ready for it.

“It’s kinda crazy to make all these plans and rehearse and work really hard and invest everything into this project when you don’t really know what people are going to think about the music,” Zutrau says. “But you have to put some faith into it.”