It’s hard to know what to expect from a brand new music festival, but when the curators happen to be two of the biggest names in indie rock—Justin Vernon and Aaron Dessner—chances are it’s going to be an experience. Those who ventured to Eau Claire, Wisconsin this past weekend found a festival off the beaten path in both the phrase’s literal and figurative meaning. Located away from the city proper, Eaux Claires Festival took place along the banks of Chippewa River, which provided a unique space for creativity in all forms.

Although the festival boasted a strong indie rock presence, it wasn’t constrained by a genre-only approach. Instead, the festival became a celebration for collaboration across musical acts. The lineup featured musicians whom Vernon and Dessner creatively worked with in the past, but also extended to include performances from artists who Vernon especially admired. As a result, most shows involved guest appearances from other performers at the festival, which inevitably led to some “wow” factor level. Songs became something new with the addition of, say, a new harmony here or the punctuation of a brass band there. 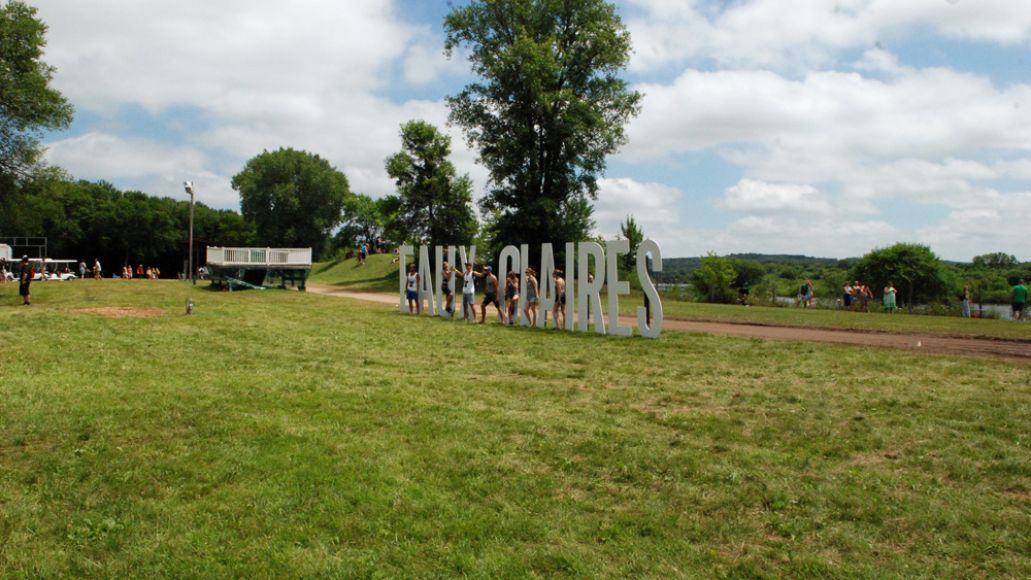 The result was a music fan’s approach to a festival, and that excitement about music, about creativity, about collaboration infused the crowd with a community feel despite the 22,000 plus attendees. By the end of the fest, when nearly everyone was a guest on Bon Iver’s stage, the artists felt more like friends having seen them perform, heard their stories, and shared in the heat with one another. There was potential for the musical-friend-fest to turn self-congratulatory, but it didn’t, rather than feeling like an outsider, visitors were treated like guests at the table of a very exclusive dinner party.

Not just a music festival, though, the event boasted performance artists like Ragnar Kjartansson and Grandma Sparrow, along with art installations by Eric Rieger, whose piece decorating the festival’s entrance was specifically commissioned for the festival. Seemingly spontaneous performances and activities occurred throughout each day. No BS! Brass Band showed up often in the breaks between bands, popping up throughout the festival grounds. The Eaux Claires App was actually effective in communicating surprise performances to ensure no one attending the fest felt left out. 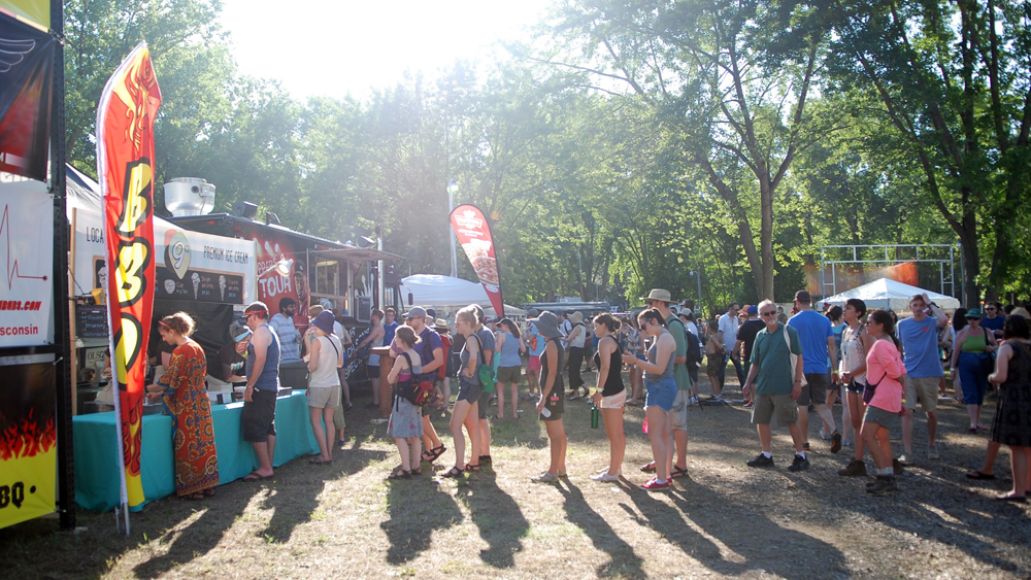 One of the more magical happenings was lead by Sam Amidon, folk musician turned choir director parade leader for the weekend. Moments like singing in a choir with Amidon or seeing Charles Bradley’s saxophone player dancing to Poliça, and running into artists enjoying themselves at shows fueled the spirit of experience.

Since this is Eaux Claires Festival’s first year, there were inevitably hiccups, which arose mostly when it came to procuring food or merchandise. Lines for these things were often incredibly long—some 30 or 40 people deep—and there didn’t seem to be enough vendors to handle the massive crowds, especially on Saturday. The most dire of logistical madness, however, followed the conclusion of Bon Iver when thousands of people left the festival at once. It took over an hour to shuffle up the path to the majority of the shuttles. While most accepted the situation, the overall consensus likened the crowd to cattle being herded. 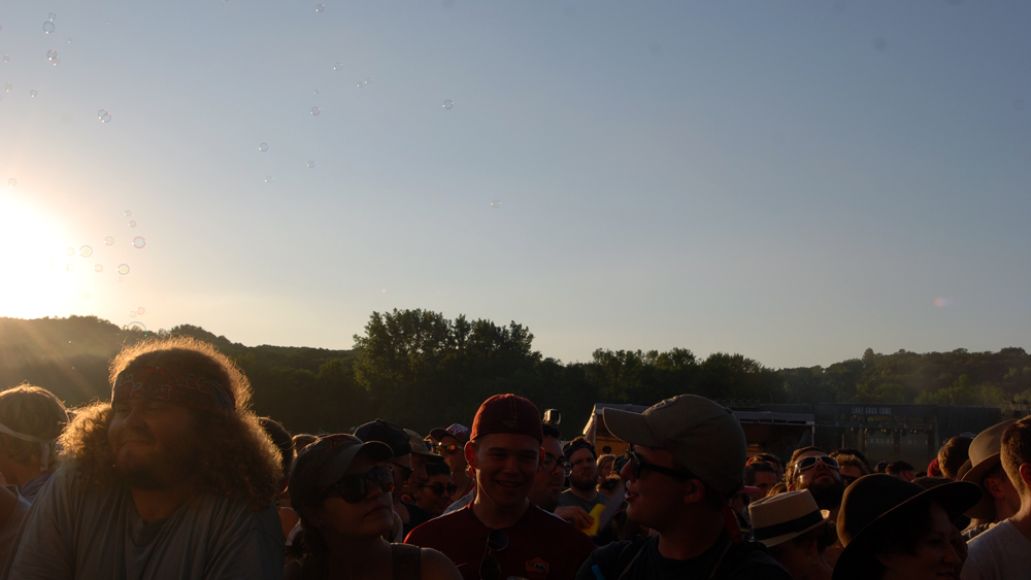 As was reiterated repeatedly by almost every musical act performing at Eaux Claires, this festival was for the music. It wasn’t a scene, even Sufjan Stevens boasted that he never plays festivals, because he “is agoraphobic and terrified of contracting lyme disease or an STD or whatever.” But more to the point he doesn’t play them because the appreciation isn’t there. The consensus was that Eaux Claires was a special place for musicians and their fans, for art to breathe and be enjoyed. So we took on the impossible task of ranking these acts for you from worst to best, but as you’ll quickly see, there weren’t any truly bad performances.