Mixing the populist punk ethos of The Clash with the storytelling tradition of Pete Seeger, Frank Turner is a guy who believes in the power of music and words to grab and inspire people. But you don’t have to reach that far back to find Turner’s most palpable source of musical inspiration. The singer has vocally championed The Weakerthans for years, and in light of the Winnipeg folk-punks’ recent breakup, we asked Turner to look back on the band’s 2003 masterwork, Reconstruction Site.

The title of your new record, Positive Songs for Negative People, even sounds like it might have a Weakerthans influence to it. They were a band that always looked to mine something hopeful out of bleak or mundane situations.

Yeah, very much so. The title came from a late night conversation with a friend about what I was trying to do. I’m certainly not the first person to do that, and The Weakerthans are a great example of a band that does that really well. It’s not wallowing in your misery, but it’s also not “Don’t worry, be happy.” But it’s hopeful.

What kind of influence has the band had on your music over the years?

I’ve been a fan of The Weakerthans for a very long time, and I think John K. Samson is one of the greatest lyric writers to ever walk this Earth. I’ve actually been more a student of the band than a fan. He released a book of collected poems and lyrics a couple of years ago. I picked up a copy and sat down with it. I also do a thing quite a lot where I’ll work through a band’s catalog song by song. Maybe not playing the exact guitar part, but working out the basic chords, melodies, and lyrics to see how the songs are structured. So I wasn’t deliberately trying to be like them, but taking that approach is obviously going to have an influence on my music. 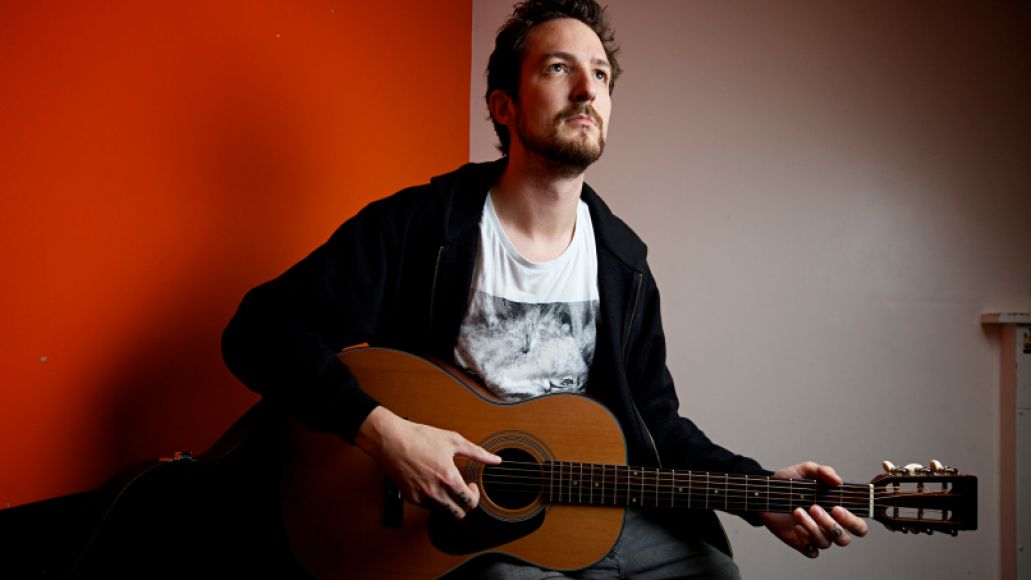 You can definitely see the parallels between your lyrics and John’s. There’s a very literate lean there.

Absolutely. I’m always kind of in awe of John’s lyrics. Just the breadth of the subject matter is incredibly inspiring to me. A lot of bands write songs that are about vaguely the same thing, you know what I mean? Then there’s a band like The Weakerthans that are writing about suburban Winnipeg or Bigfoot or ice hockey or curling.

Yeah, right. Their ability to tap into something human even when they’re talking about seemingly random things is pretty interesting.

Yeah. I mean, it’s poetry what he does. Not all lyrics are poetry; they’re two separate disciplines. But the best song lyrics I think approach that place. I think John’s one of the few writers who I would buy a book of printed lyrics from. I’m not always in favor of that idea, when bands publish their lyrics. They’re not poems. They’re not the same discipline, and a lot of times without the music they don’t hold up to scrutiny. But John’s do, and I think that’s quite rare.

I picked Reconstruction Site to talk about specifically because I know you’ve covered a few of those tracks live, like “One Great City!” and “A Plea from a Cat Named Virtute”. How do you feel about that record compared to some of the others in the band’s catalog?

Okay, so here’s a brief history of my obsession with The Weakerthans. Like most people, I got into Fallow and Left and Leaving because John used to be in Propagandhi, who I was a fan of. Fallow was ok. It’s still my least favorite of all their albums. But Left and Leaving was such an epochal kind of moment. Everything changed. It introduced a new degree of intelligence to the punk scene in a way that no one else had done before or since. I can’t really think of too many other records to compare it to. It cast a pretty big shadow for me as a teenager, and I couldn’t really pay attention to anything else they were doing for some time. I missed Reconstruction Site for a bit when it first came out, because in my head they were this band that had that one record, and that was all I needed.

It’s easy to really dig your claws into something, especially in those formative years. It’s a matter of getting out of your own way to a degree.

Yeah, but between Left and Leaving and Reconstruction Site and later Reunion Tour, there’s a degree of depth and intelligence to those last two records that was lacking in the earlier ones. I love Left and Leaving, but it’s kind of naive. Not in a bad way, but it’s more simple, to the point, and sloganeering in the lyrics. I think Reconstruction Site was the record where John really broke new ground as a more grown-up, unique, and intelligent poet and songwriter. It took a little longer for me to penetrate, but the hard work was rewarded. The depth of what he’s talking about, it’s so inventive. They were really operating at a high level. Every lyric on that record is just flawless.

I’ve covered “A Plea from a Cat Named Virtute”, which is a great song, but it’s sort of the single from that record. At the risk of sounding slightly contrarian, it’s probably my least favorite song on the record now. It’s the one that’s most like Left and Leaving in a way. 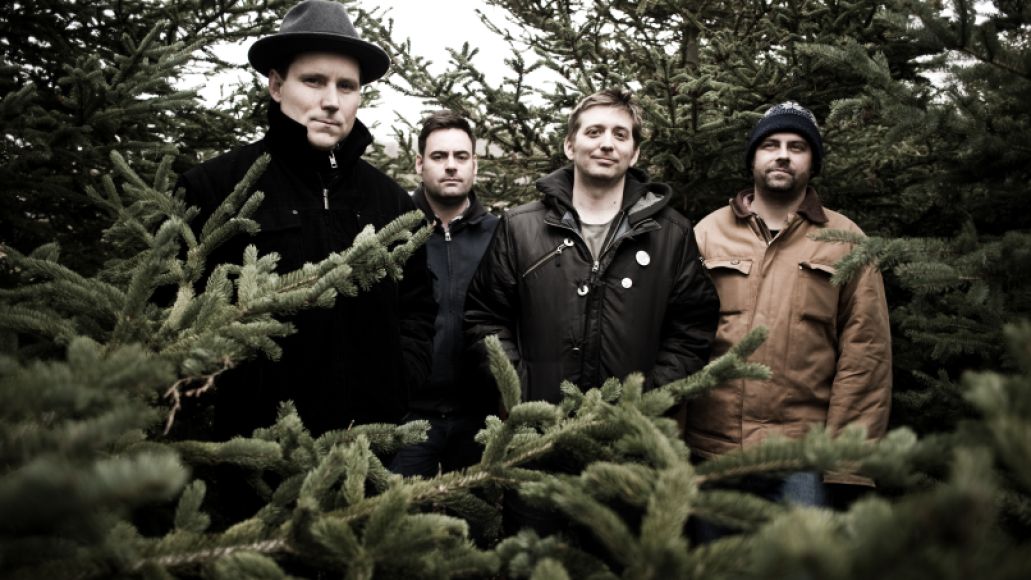 What songs made a stronger impression on you?

Well, it’s a borderline perfect record. There’s no such thing as a perfect record, but this one’s not too far away. The song “Reconstruction Site” itself is pretty classic. “One Great City!” is a wonderful piece of music. The first track, “(Manifest)”, is really great too. That first line, “I want to call a request through heating vents/ And hear them answered with a whispered no.” Fuck, I wish I could write a line like that, you know? It’s just really unique.

It’s hard keeping up with all the great lines they throw at you. They’re so frequent that you find yourself catching up with them after repeated listens.

Yeah, right. Absolutely. And that’s one of the reasons I like them so much, because they have that kind of density. A lot of bands. myself included, can throw you a hummable line or two. But there’s a consistent awesomeness to John’s lyrics that really rewards repeated listening. There’s always something to come back to. The only other lyricist I feel quite that strongly about is Leonard Cohen, who I think John is quite comparable with.

But as good a band as they are, there’s never been a lot of noise made about them. They have their fans obviously, but they’re one of those bands that just quietly made great records.

That’s probably why I’ve made a point of shouting them out so much in recent years. They were never a band that was very hungry for acclaim. They never set out to take over the world, so I doubt that they give a fuck. But to me, there’s a great pleasure to be had in sharing music with people and introducing music to people that might have a profound effect on them. I love grabbing people that way. Let’s put it this way: you know the level of drunk I am when I invite people over to my house and put on a Weakerthans record and start talking about them. My flat mate typically tends to go to bed at that point (laughs).

What was your reaction to the news that they broke up?

I mean, I have some personal connection to the band. They invited me onstage to play on a song with them in Germany a few years ago, which was a fantastically profound moment for me in my life. Then I ended up writing the press release for John’s solo record, which was great. I’ve offered them to be special guests on my tours many times in the UK, but it’s never worked out. I think they all have their own lives going on, and they don’t necessarily need to be in The Weakerthans. John is a guy who works at his own pace, and the idea of anyone coralling him into any kind of promotional routine or whatever seems kind of weird. I think he’s just very content with what he’s doing, being a writer as much as a musician. It’s a shame. I was sad when I heard the news, but I wasn’t surprised.

Well, it’s been eight years since their last record, so maybe the writing was on the wall.

Yeah, maybe so. But the nature of the announcement and of them as a band, it wouldn’t surprise me if they did something again as The Weakerthans at some point. I’m not saying I have any inside information on that, but I’d be very pleased if they did. But John’s still doing solo shows and that sort of thing, so there’s still music to be made. Plus, they left us with four incredible records, so we still have that.