On Saturday night, thousands gathered at First Midwest Bank Amphitheatre to welcome the Boys of Zummer to Chicago suburb Tinley Park. The tour — comprising Fall Out Boy, Wiz Khalifa, Hoodie Allen, DJ Drama, and DCD2 signee Max — hit the headliners’ hometown with an energy that erupted through the crowd from the moment Khalifa took the stage. As the Boys of Zummer banner changed to reveal a video of Wiz kickin’ it with some girls, the rapper was welcomed to the stage as he sauntered down the steps with a fat blunt in his hand. “Black and Yellow” had the crowd’s energy soaring.

Before getting into “Let It Go”, Khalifa got real with his audience by saying, “Put your hands together if you believe you can be anything in this world. All you gotta do is hold onto the positivity; the negativity, let that shit go. A lot of people don’t know that all you gotta do is be you. That will take you to the top.” 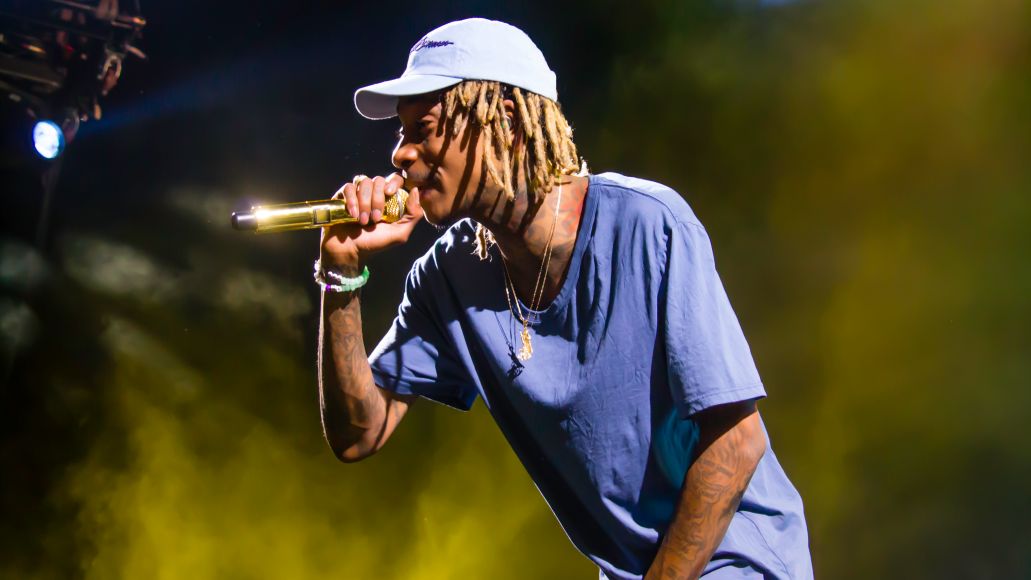 His set continued with videos of broads, brews and Khalifa at the helm of the party, interspersed with bright, pulsing lights as he spun through “Paperbond”, “So High”, and “Promises”. He egged the crowd on to light up with him, easily working his way through multiple blunts with his crew, Taylor Gang. “Show me y’all know how to party,” he chided, as the crowd chanted, “Work hard, play hard,” until reaching his level of satisfaction and being rewarded with the song of the same title. Khalifa disappeared to the edge of the pavilion to treat the lawn attendees to “Taylor Gang” before sneaking back to the front to finish out his set with “Young, Wild & Free”, “You and Your Friends”, and encore “See You Again”.

The energy became palpable as the crowd awaited hometown alt rockers Fall Out Boy. Their set sent the audience into a frenzy as the first notes of “Sugar, We’re Going Down” greeted their ears. A perfect cross-section of their discography followed — from American Beauty/American Psycho’s “Irresistible” to Save Rock and Roll’s “The Phoenix”, and a throwback to From Under the Cork Tree with “A Little Less Sixteen Candles, A Little More ‘Touch Me'”, the band had the crowd eating from its palm. 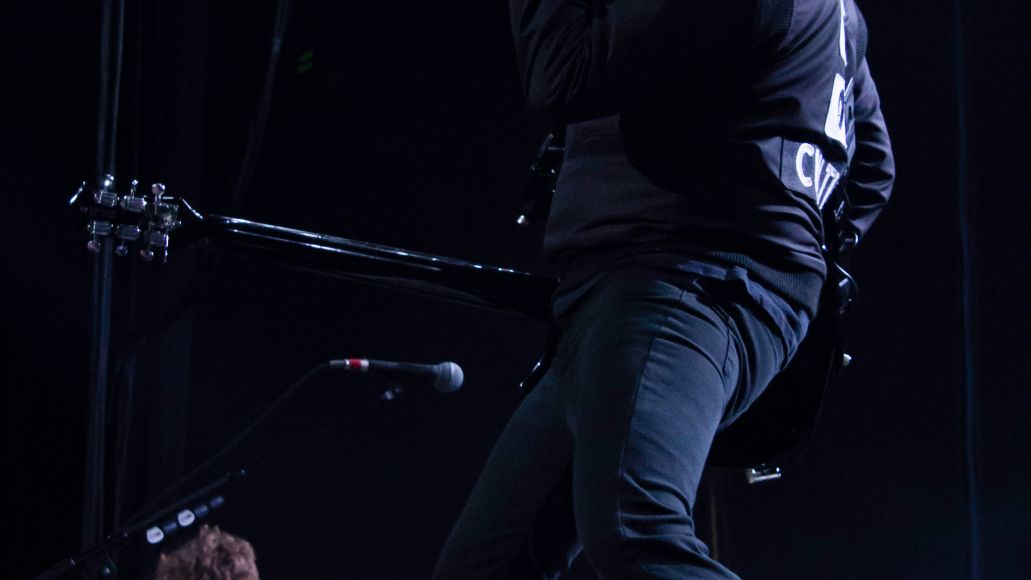 “Alone Together” coupled pyrotechnics with the screaming guitar lines of Joe Trohman and a backdrop of punks in love. “This Ain’t a Scene” had frontman Patrick Stump snarling, “That was pretty good, but I wanna hear you sing until your lungs give out,” as the audience helped finish the song with vigor. The stage went black as a surreal video played. When the lights came up, Trohman, Stump, and bassist Pete Wentz were assembled at the pavilion’s edge to serve up acoustic versions of “Immortals” and “Young Volcanoes”. Stump dedicated “Young Volcanoes” to whatever kid was attending their first show that night, asking the crowd to sing for that kid.

The boys were called back to the stage by the machine-gun precision of drummer Andy Hurley. His explosive drum break showcased his clean technique through a variety of styles from house music to rock to hip-hop. Khalifa joined the band for “Uma Thurman”, leaving as fast as he came to let them do their thing as “Thnks Fr Th Mmrs”, “I Don’t Care”, and “Centuries” finished their set. 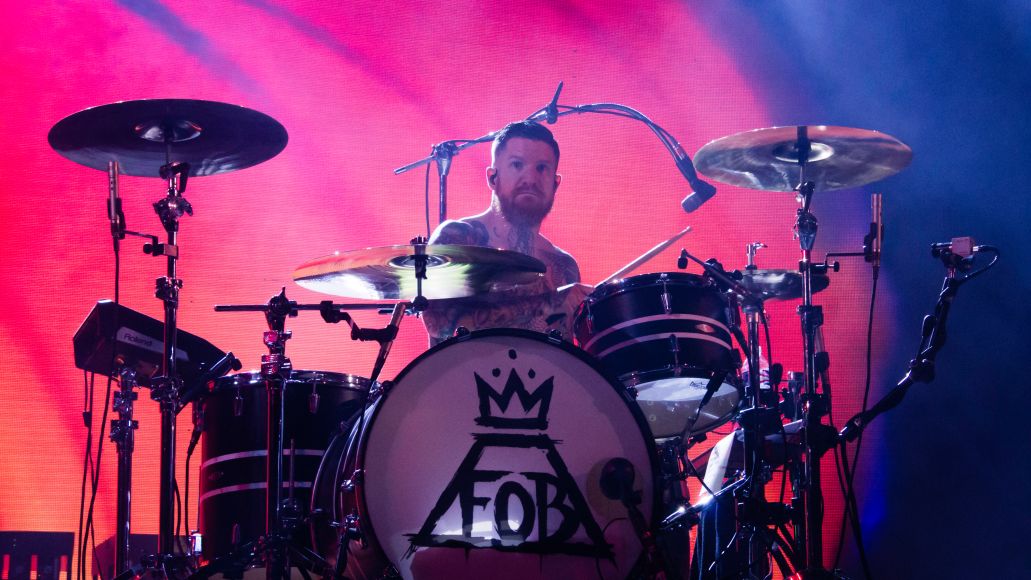 But a hometown show wouldn’t be complete without an encore. FOB took to the stage for two final numbers — “My Songs Know What You Did in the Dark (Light ‘Em Up)” and “Saturday”, which found Wentz standing in the crowd singing along with the pit. Thanking the crowd with his wide Cheshire cat grin, the bassist remarked, “Chicago, it feels so good to be home.” 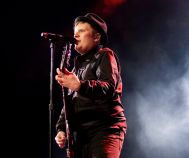 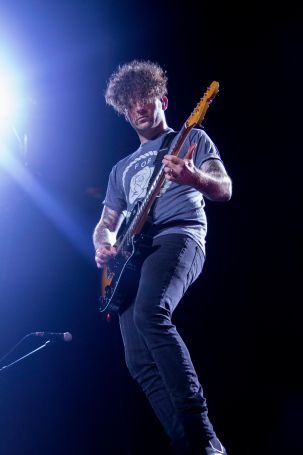 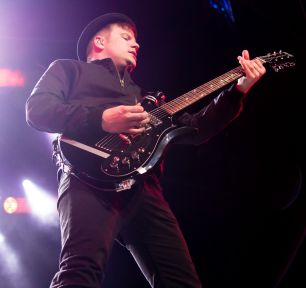 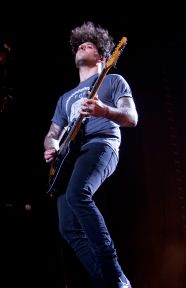 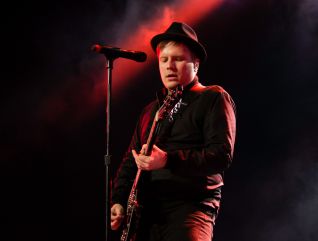 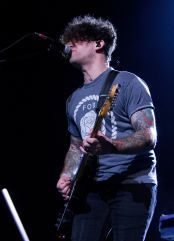 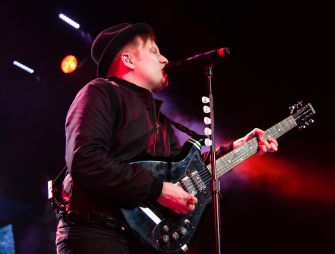 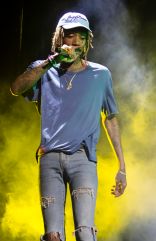 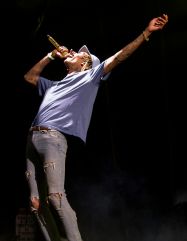