Jack White previously promised a new album from The Dead Weather in 2015, and he’s made good on his word. The hard-rock outfit’s third studio album, Dodge & Burn, will arrive in September through White’s own Third Man Records. It serves as the follow-up to 2010’s Sea of Cowards.

Dodge & Burn features 12 songs, including four previously released singles remixed and remastered. Among them: “Open Up (That’s Enough)”, “Rough Detective”, “Buzzkill(er)”, and “It’s Just Too Bad”. Other track titles include “I Feel Love (Every Million Miles)” and “Cop and Go”.

As a press release notes, White, singer Alison Mosshart, guitarist Dean Fertita, and bassist Jack Lawrence “spent their rare and sporadic free moments over the past year recording together in Nashville. With the members of the band heavily involved in other projects, The Dead Weather will not be touring in support of the new album.”

A limited-edition version of the album will be released exclusively through Third Man Records’ Vault series. The package includes the LP on “Inclement Weather” vinyl with alternate artwork, as well as a 7-inch of “I Feel Love (Every Million Miles)” b/w “Cop and Go”. Subscriptions to the Vault are open until July 31st. 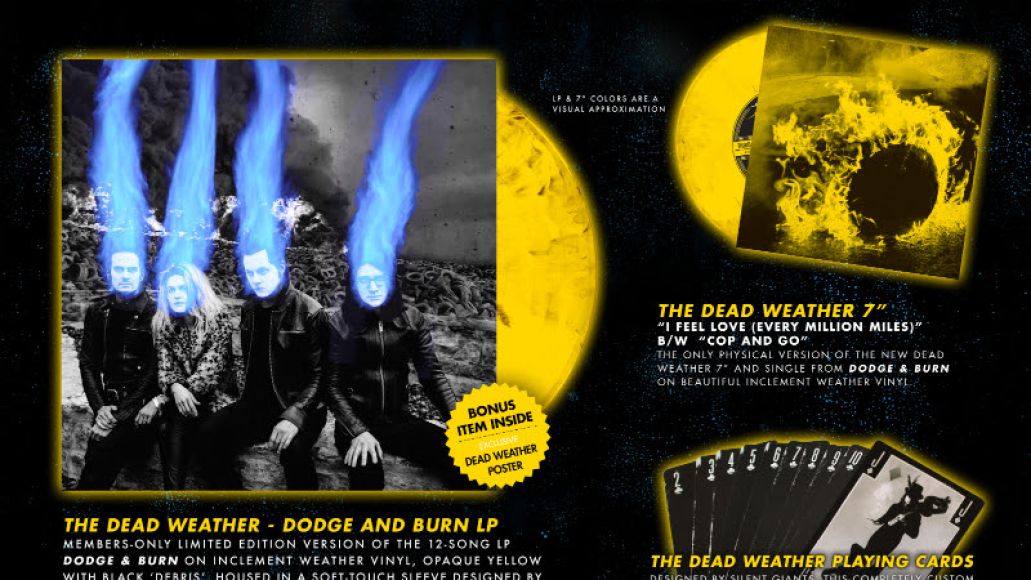 Below, listen to a brief sampler of the new album.