Picking out our 10 favorite songs this week was the most difficult such conversation in a very long time. In fact, it felt reminiscent of the heated battles over choices and rankings that happen around “Best of the Year” time. Simply put, this week delivered. Hip-hop heads will get their fix with Jay Rock and ShowYouSuck, Lane 8 and Dan Snaith’s Daphni heat things up for those looking for something to dance to, and Julia Holter and Birds of Passage dig deep into their emotions with enchanting new tracks. Dig in and enjoy!

10. ShowYouSuck – “Wrong Name in the Deathnote” 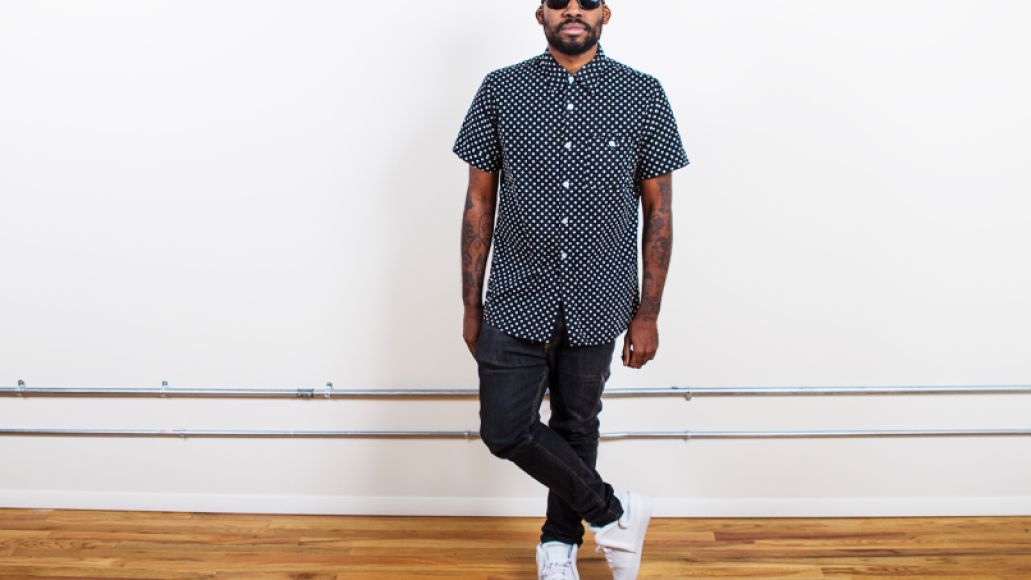 Under two and a half minutes long, “Wrong Name in the Deathnote” is a geeked-out one-off pieced together from three tangential motifs. As explained by Chicago rapper and pop-culture savant ShowYouSuck, “[it’s]something that me and my longtime producer, Mike Jaxx, usually do … where we take an hour and try to make three songs in that amount of time and whatever we end up with gets put together. It’s a lot of fun to do and I wanted to try that technique with Professor Fox.” This selection contorts from DJ Shadow hyphy toward melodic trap and twists back to the West Coast with some jazz-tinged, Brainfeeder-esque instrumentals. The track’s title draws influence from an anime, but the rhymes about pizza most definitely remain. So trade in those verses about bands and bottles, and just split a pie and share some laughs with ShowYouSuck. –Derek Staples 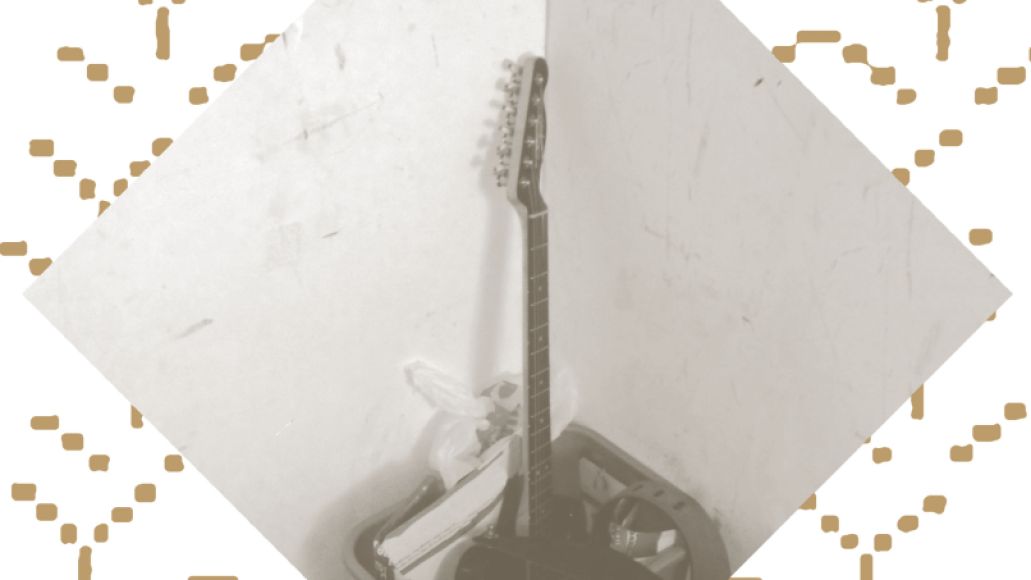 With the release of her third album, February’s I Want to Grow Up, Los Angeles’ Colleen Green cemented her place as a savvy practitioner of biting, guitar-driven indie pop. Apart from their economical qualities, her songs often have an expansive, floating feel too. “Hellraiser”, on the other hand, is all attack, complete with a scorching guitar solo. “As far as I can tell, you only raise hell,” Green sings to bring her first verse to a close, and the sting of her conviction never fades. Find “Hellraiser” on Green’s 7-inch split with JEFF the Brotherhood, out now via Famous Class. –Michael Madden 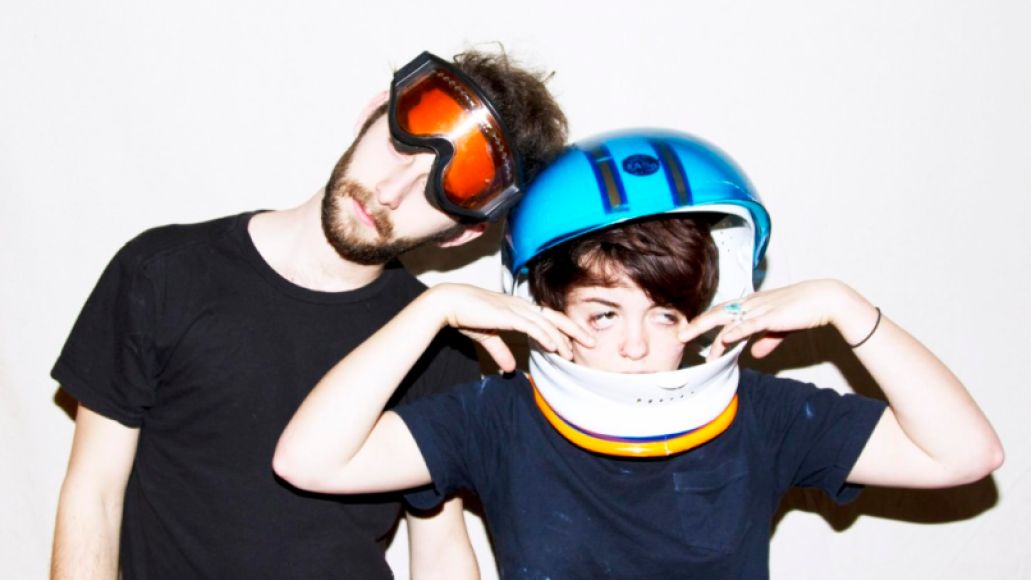 On Diet Cig’s debut EP, Over Easy, the New Paltz, New York duo kept things quick and quirky. They expand their boundaries on this new track, which arrives this week as a preview of an upcoming 7-inch. “I don’t play instruments very well,” sings Alex Luciano, “and I’ll eat all your cereal.” That’s only the first of a string of awkward confessions that launch the duo into a drum-bolstered breakdown. This is the closest to pop punk Diet Cig has come so far, and they wield that new energy with a measured dexterity, right up through the melancholy coda. –Sasha Geffen 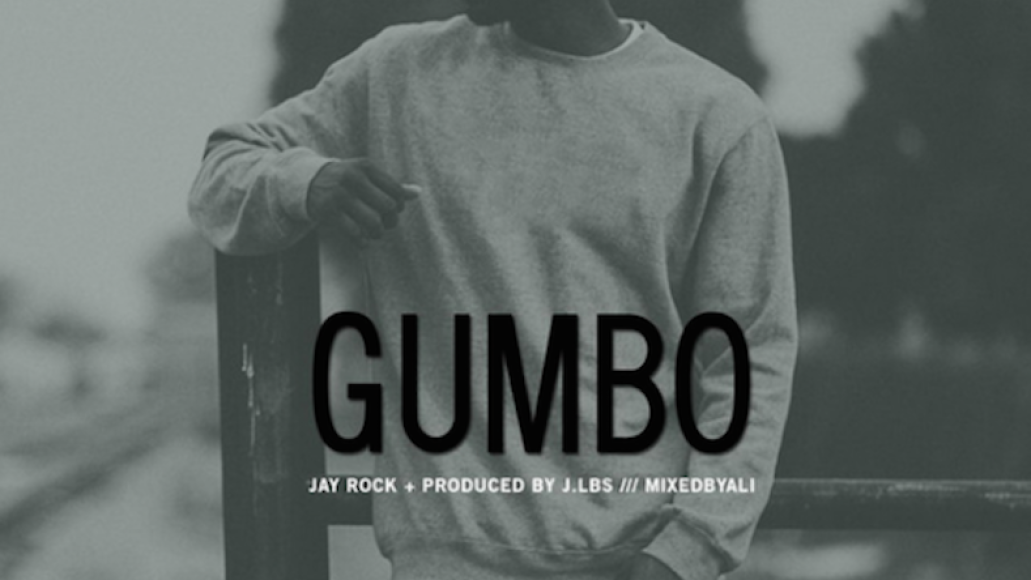 Last month, Jay Rock caught flak for naming a song “Money Trees Deuce” even though it didn’t have so much as a hook from Kendrick Lamar, the rapper who featured him on the original “Money Trees”. But Black Hippy, the group of which Rock and Kendrick are two-fourths, is aesthetically cohesive enough that they might as well establish continuity with repeated song titles. With its buttery chorus and producer J.LBS’s wah-wah guitar licks, Rock’s latest single, “Gumbo”, would be gorgeously laid-back if not for his gritty delivery, full of evocative realism: “Have you ever put your hand over fire just to see what you could tolerate? And you could find no escape?” Be on the lookout for his upcoming sophomore album, the follow-up to 2011’s Follow Me Home. —Michael Madden 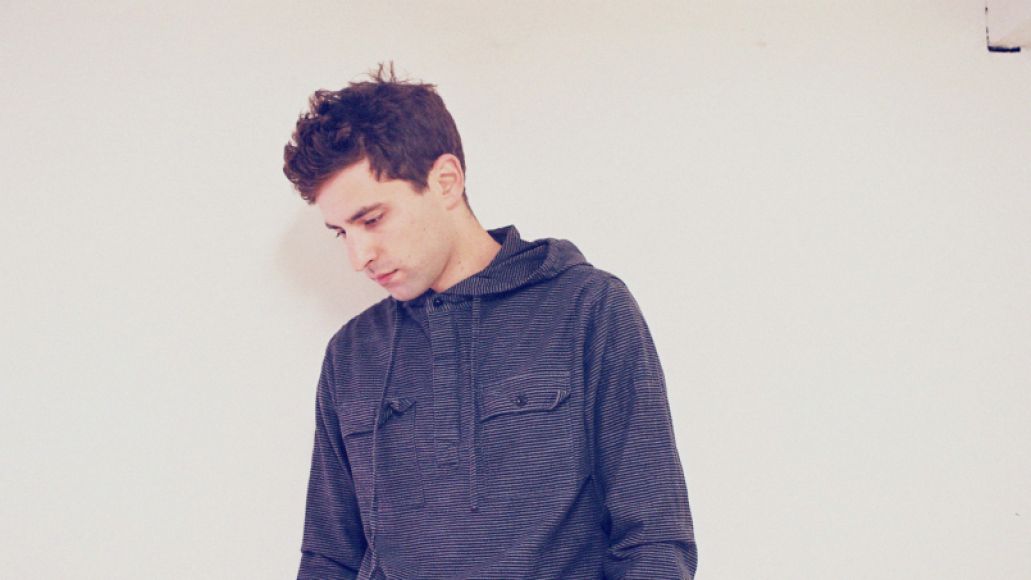 The German-based Daniel Goldstein, aka Lane 8, has been teasing the uplifting progressive instrumental behind “Undercover” during his recent live sets, and this week the track officially surfaced with the baritone vocals of Matthew Dear cutting against those impassioned dreamscapes. A versatile producer signed to the Anjunadeep imprint, Goldstein is as proficient in developing hypnotizing synth builds as he is at torturing souls with moody melodies — the inclusion of Dear emphasizing the latter during this collaboration. Don’t allow the “progressive” tag to lead you astray; this (like many Lane 8 productions) is a track primed for the bedroom, not the big room. Find it on Lane 8’s debut album, Rise, out July 17th. –Derek Staples 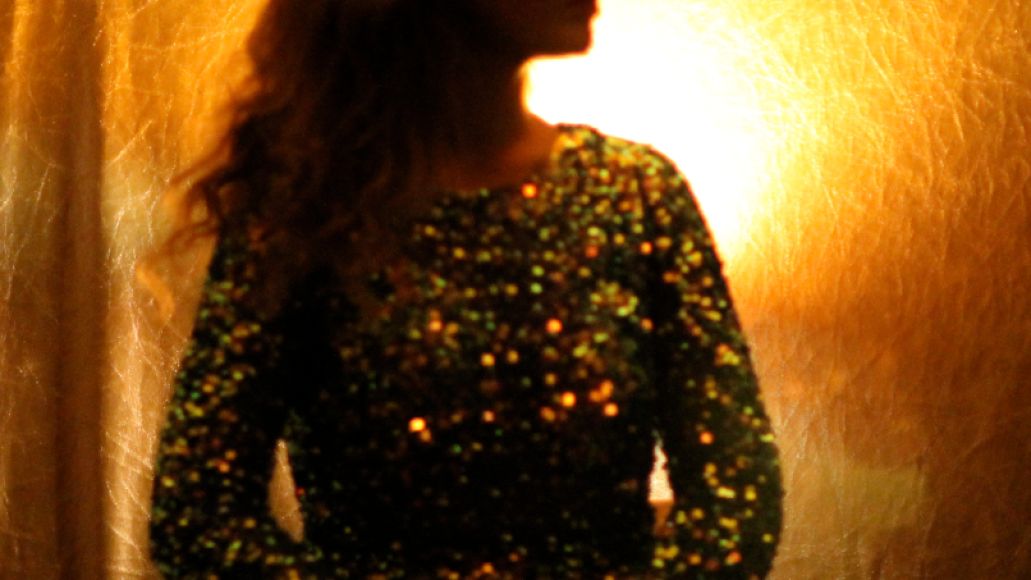 When I think Burger Records, I usually jump to frenetic garage rock. Clicking play on the latest song from a Burger signee and hearing syrupy ’60s psychedelia was a bit of a surprise, but when it’s this inventive and entrancing, it’s a very pleasant surprise indeed. After fronting Feeding People and singing with Death Valley Girls, Jessie Jones decided it was time to step out on her own, and judging from “Lady La De Da”, her self-titled debut should crack open more than a few minds. The resonant strings and Jones’ rubbery vocals seem to stretch time, and there’s a meditative beauty to the simple percussion and bass. And then things snap into place for an upbeat groove about “all my wishes coming true.” Jessie Jones hits shelves July 24th. –Adam Kivel 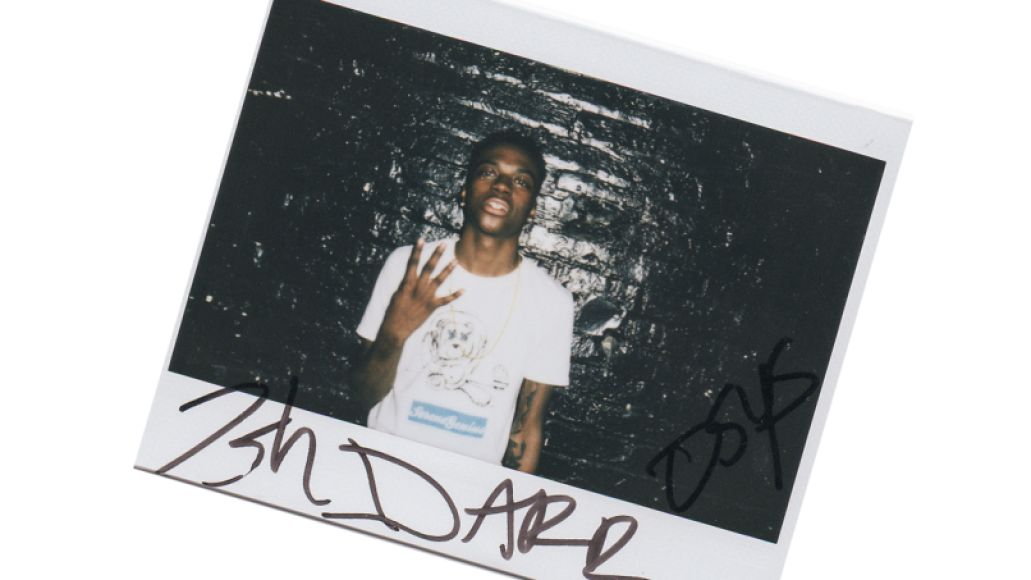 Though still just a teenager, Milwaukee’s IshDARR has already earned enough respect as a rapper to comfortably move in directions away from pure hip-hop. That’s what he’s done with the Medasin-produced “Sugar”, a breezy, mostly sung electro-bounce similar to Vic Mensa’s great house-influenced single “Down on My Luck”. It’s a declaration of versatility from Ish, what with its energetic tempo changes, unshakeable hook (“My sugar thang/ Baby, you my sugar thang”), and an “It Takes Two” sample thrown in for good measure. Milwaukee rap might not have much national recognition now, but let Ish lead the way and things will be fine. Catch up with the kid via his recent Old Soul Young Spirit album. –Michael Madden 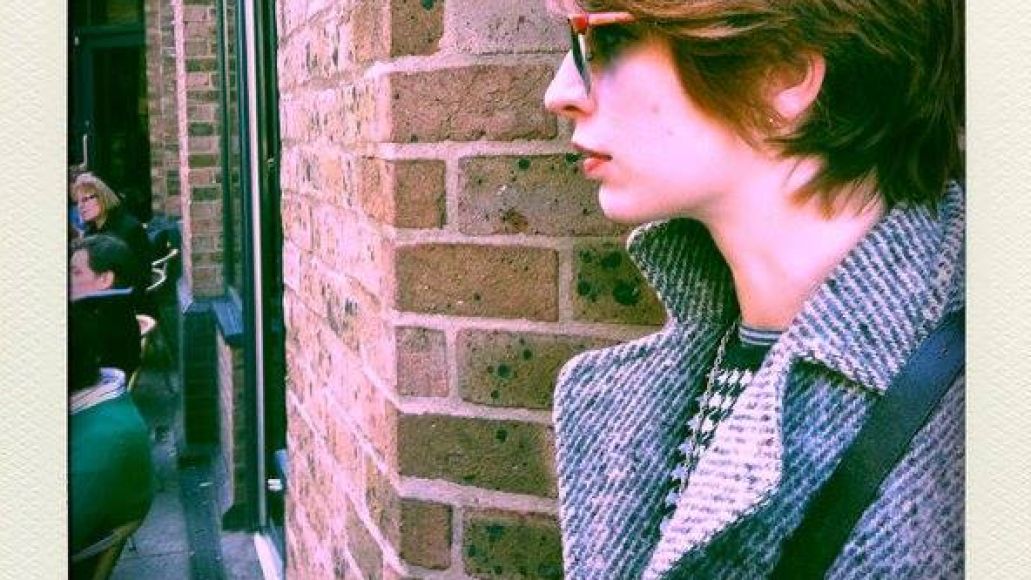 “All I have is my pen,” whispers Alicia Merz in the first moments of her new song as Birds of Passage. “Love, you don’t know what you’ve done.” The New Zealand artist’s latest recalls Grouper’s last album not just because it swaddles piano in reverb, but because of the cocoon of isolation it builds. Merz layers her own voice by the track’s end, but she still sounds painfully alone, cut off from all worlds except the one she’s able to build for herself. “These Things Don’t Matter Now” barely rises above the grain of her hushed voice and still manages to hint at an array of secrets in its echoes. –Sasha Geffen 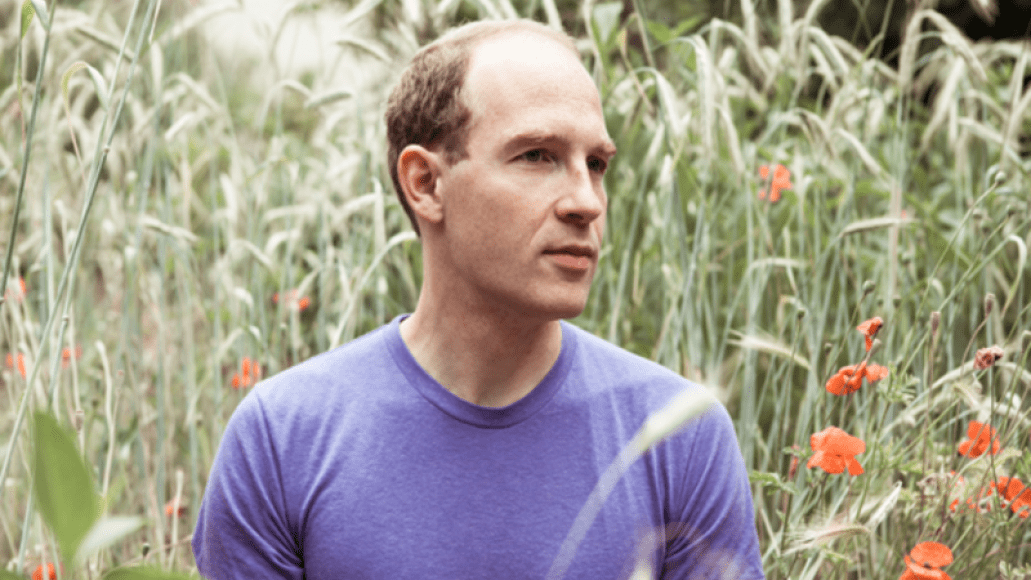 Though his main project has been having a great year, Dan Snaith hasn’t laid his alter ego to rest. He’s still leaking songs as Daphni, which is the name he gives himself when he feels like cranking out some more mysterious house beats than the ones he puts together as Caribou. His latest single, “Vikram”, is a sparse, pounding sequence offset by shadowy vocal chirps. Snaith keeps the song close to the beat, occasionally introducing and modulating unsteady arpeggios between the voices. This isn’t Caribou’s feel-good psychedelia, but it’ll draw up the brainy dancer in you all the same. –Sasha Geffen 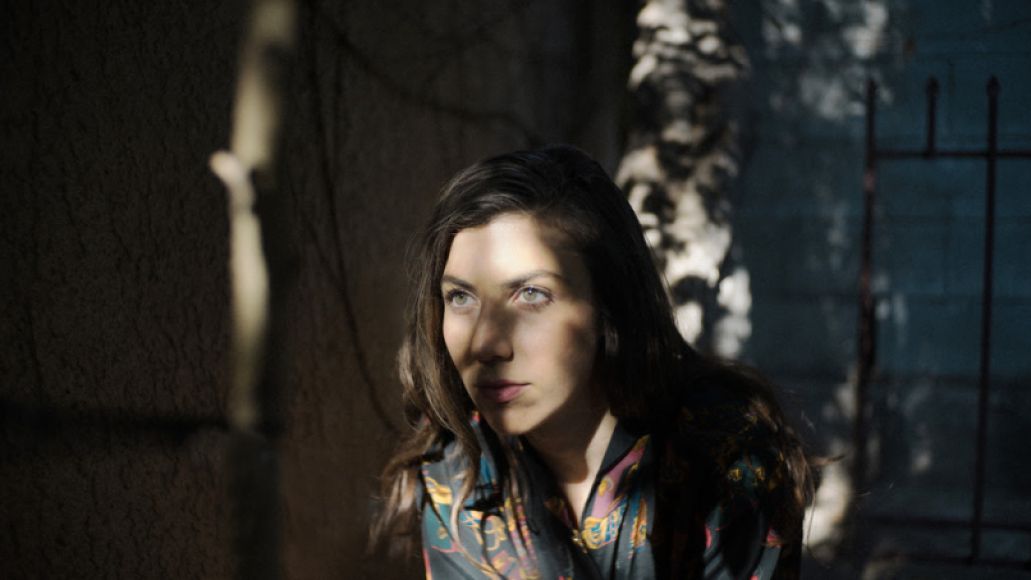 “My first thought was there are so many days of rain in Mexico City/ A good reason to go, you know I love to run away from sun,” Julia Holter begins on “Feel You”, the first taste of her upcoming album, Have You in My Wilderness. The song proceeds to uncurl intimate moments of longing, absence, memory, and uncertainty. Ripples of ornate strings, chiming keys, and haunting backing vocals swirl around Holter’s enchanting vocals, the phrases and images flipped through like Polaroids. But there’s a clear narrative to the moments, and Holter’s charming waiting presence ties everything together. Have You in My Wilderness drops September 25th via Domino. –Adam Kivel