Between Taylor-Nicki, Meek-Drake, and Ghostface-Bronson, the music world was pretty contentious this week. Heck, there was even some strenuous argument among the Top Songs crew over which of the many contending tracks should make the cut. But, much like the set of tunes that we present you with (and that Taylor-Nicki beef), things ended on a more harmonious note. So grab some sweet vibes courtesy of Stefan Ponce, talk about kissing with producer Lum, get into the groove with Kurt Vile, or, if you’re still feeling the darkness, get goth with Wax Idols or aggressive with Foals. 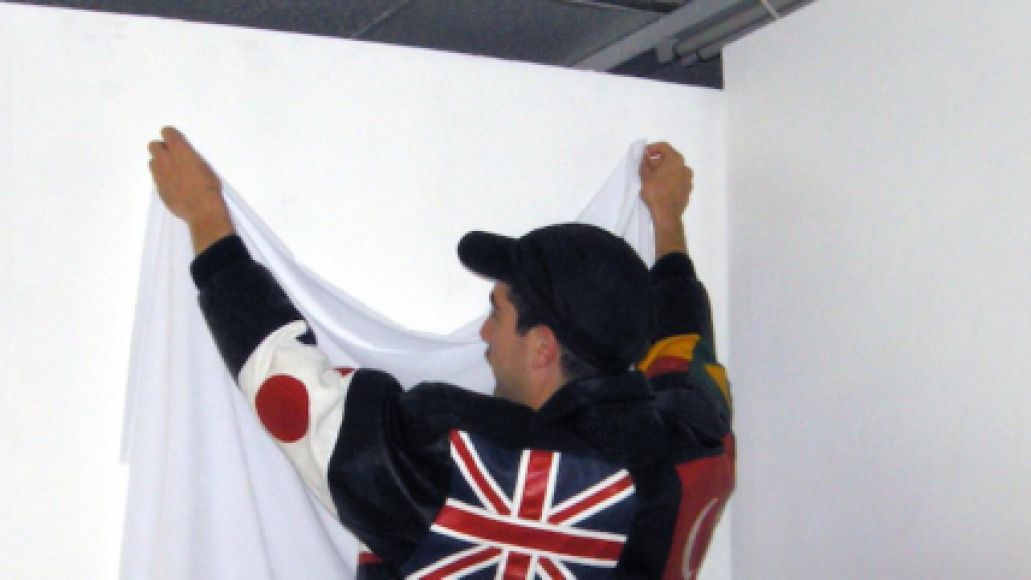 If I remember my teenage years accurately, very few things were scarier than the awkward first kiss. Bedroomer’s Lum encapsulates the many emotions of that moment within the harmonious chaos of the aptly titled “Kissing”. Just one taste of Lum’s vocal serenity when cast against a backdrop of stuttering melodies and electronic eloquence and it’s difficult not to dive right back in. A fan of silent devotion, as the track professes, Lum has allowed his Toronto base to intimately simmer in this bliss. With “Kissing”, Lum has earned the ears and hearts of lovers spread across the globe. –Derek Staples 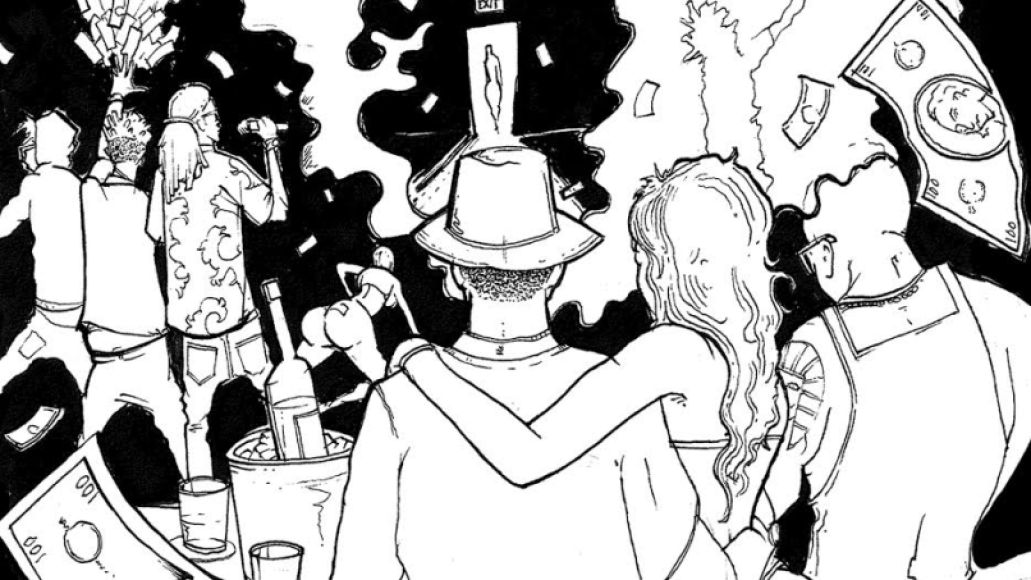 Enigmatic Orlando-via-North Carolina singer Young Egypt might not have much name recognition yet, but that hasn’t stopped him from teaming up with one of rap’s most visible groups. Aside from being a star-making turn for Egypt himself, “Can’t Believe” is also one of the more refreshing things Migos have done lately, with much of the Atlanta trio’s recent material relying heavily on established formulas. It’s an efficient, melodic thump, with Egypt gazing around the club, and Quavo and Takeoff gleefully joining in the glorious excess. –Michael Madden 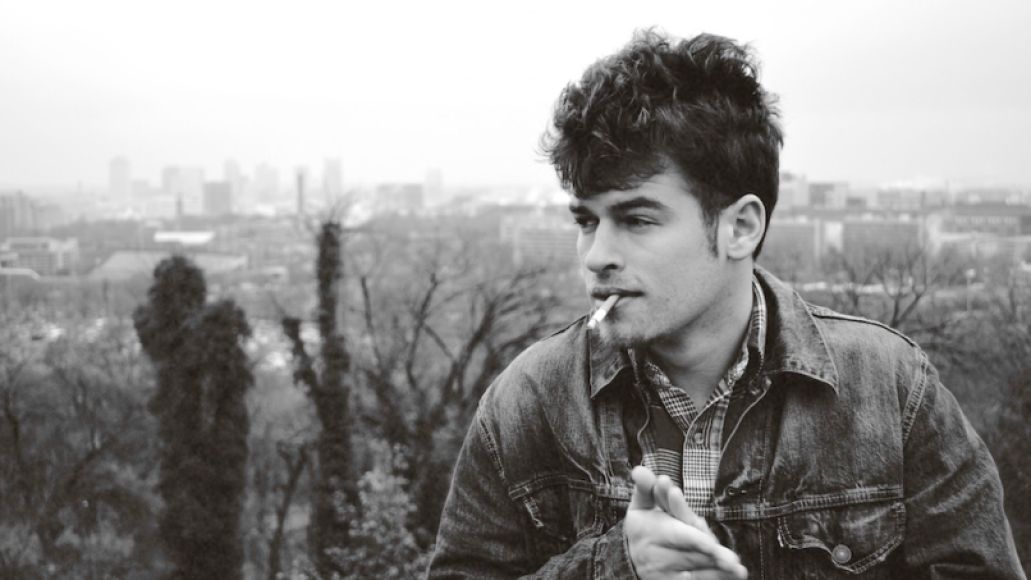 “Corner” is the sound of Night Beds mid-transformation. The strands of folk and alt-country that defined Winston Yellen’s 2013 debut, Country Sleep, are disappearing, as he’s now opting for lightly swirling, R&B-inspired studio exploration. It’s a new sound for him, but then again, Yellen need only rely on his voice, a powerful and sometimes haunting instrument, to convey vast meaning. Here, the particulars of his sound are secondary to the overarching sense of mood that comes naturally to him. Look for “Corner” on the second Night Beds album, Ivywild, out August 7th via Dead Oceans. –Michael Madden 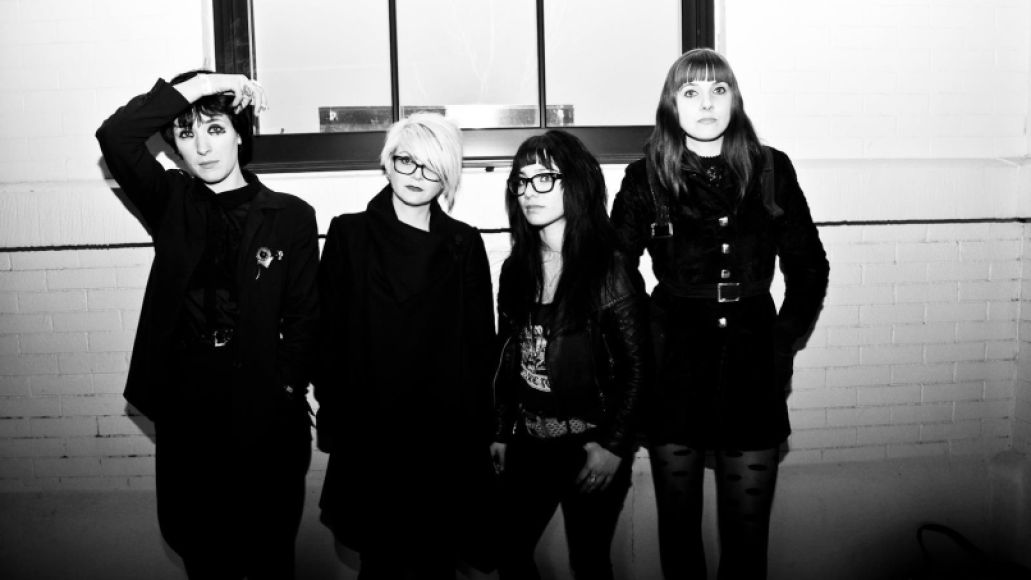 On October 16th, Wax Idols will return with American Tragic, their first new album since 2013’s Discipline & Desire and their first since lead songwriter Hether Fortune went through a divorce. The album’s first single, “Lonely You” is an appropriately mournful goth rock ballad, but it’s the kind of mourning that still has a lot of fight left in it. The drums keep a sharp and quick tempo, the bass cuts clean lines against the loose guitar chords, and Fortune’s vocals plead with someone she’s drawing close and pushing away at the same time. “Love is just a faded dream that I cannot remember,” she sings, and yet she’s “wanting for you, wanting for you still.” There are both tears and teeth packed into the song’s five minutes, and by the end, it comes through with some kind of hope.  –Sasha Geffen 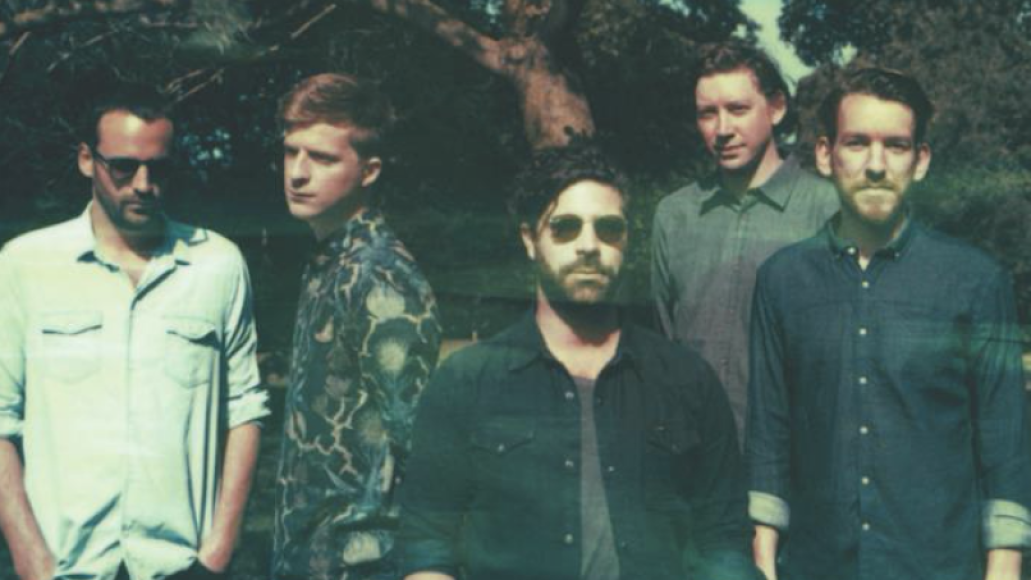 “I wanted to tap into my inner madman,” Foals frontman Yannis Philippakis explained in the announcement of his band’s new LP, What Went Down. While it may not be the most volatile song in the world, “Mountain at My Gates” does feature the vocalist letting loose, and it is a bit more brusque than you’d expect from Foals. Regardless, this group’s got hooks for days, and this song is no exception, the soaring chorus rising over pounding drum builds and plinking synth figures. Philippakis’ vocals, though, are the driving force, yipping and yowling as best he can to build the fervor. What Went Down hits shelves on August 28th via Warner Music. –Adam Kivel 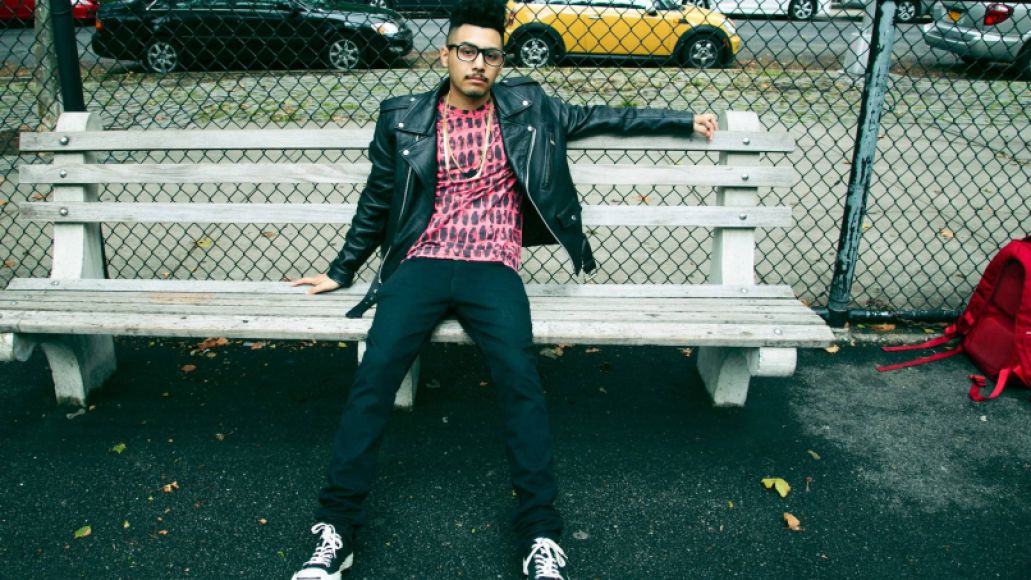 “Time collapsin’, now I’m stuck with bows and arrows through my mind,” the strong female vocals offer on “Forever Julie”, the latest cut from Stefan Ponce. If that name doesn’t look familiar, you’re not paying close enough attention. He’s hit it out of the park for the big boys (he’s the man behind the beats for Vic Mensa/Kanye West smash “U Mad” and Childish Gambino’s Grammy-nominated “3005”) and the up-and-comers (he’s also responsible for the latest from Mick Jenkins and released an EP with CoSigned rapper ShowYouSuck). “Forever Julie”, on the other hand, combines house rhythms and disco vocals (courtesy of an apparently shy unnamed collaborator) for a chill summer dance jam.  –Adam Kivel 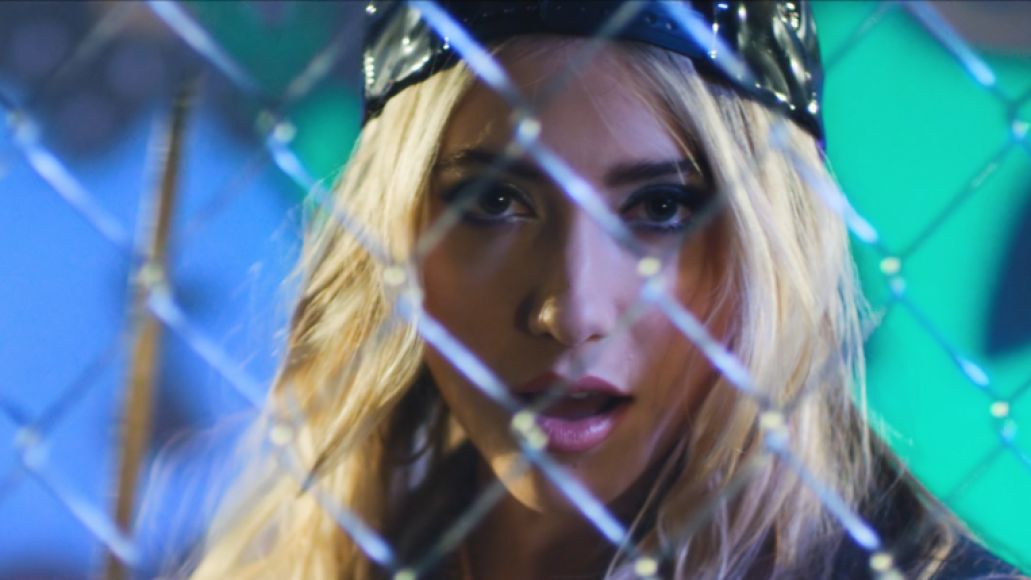 LIZ has a vision for the future, and she’s not taking any prisoners. The emerging singer’s new single, “When I Rule the World”, first emerged online as a bootleg from producer SOPHIE’s solo sets, and then it soundtracked an infamous cell phone ad, but now she’s released the full studio version into the world. LIZ and SOPHIE, two artists fond of all-caps feminine mononyms, make an explosive pair here. SOPHIE’s electronics are both colorful and abrasive, while LIZ’s vocal tone hits the perfect middle between tease and threat. “When I’m on the throne/ It’s a total freak zone,” she sings. “You should do as I say/ ‘Cause things are going to be my way.” She’s reaching for domination in every sense of the word, and it doesn’t sound like anybody’s going to be able to stop her. –Sasha Geffen 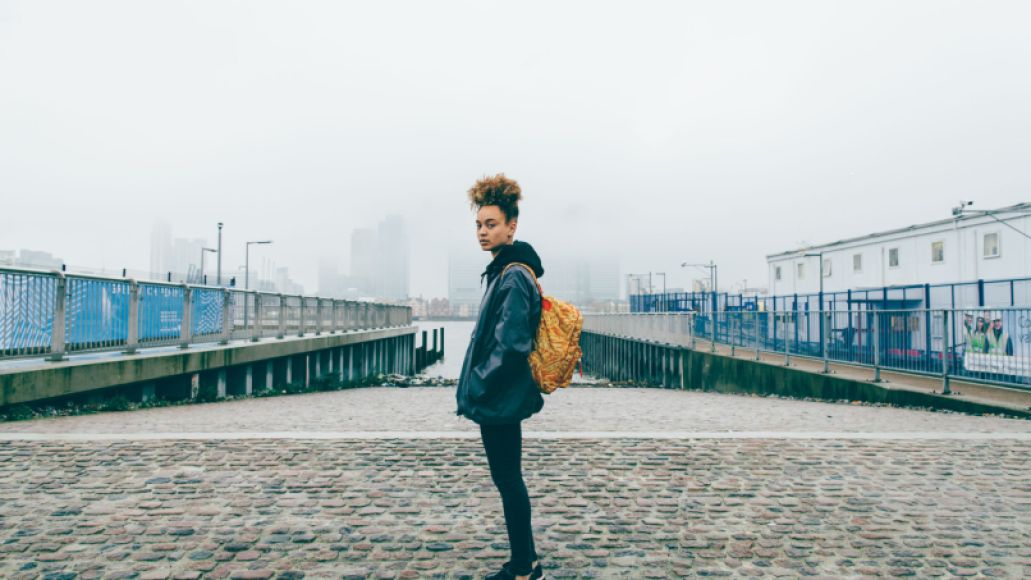 Thanks to the successes of the UK’s Disclosure, AlunaGeorge, Sampha, and SBTRKT, a new array of emotionally driven artists are sharing their narratives to the beat of soulful post-garage. “Stars” is the new single from London’s Connie Constance, the track’s subtly twinkly light on a songstress confident in her unique approach to life and this industry. Aided by R&S-signed producer Blue Daisy, Constance is offered a firm footing to begin this journey. The two come together for some seriously intimate power. Slip further into the duo’s creation September 25th via Black Acre. –Derek Staples 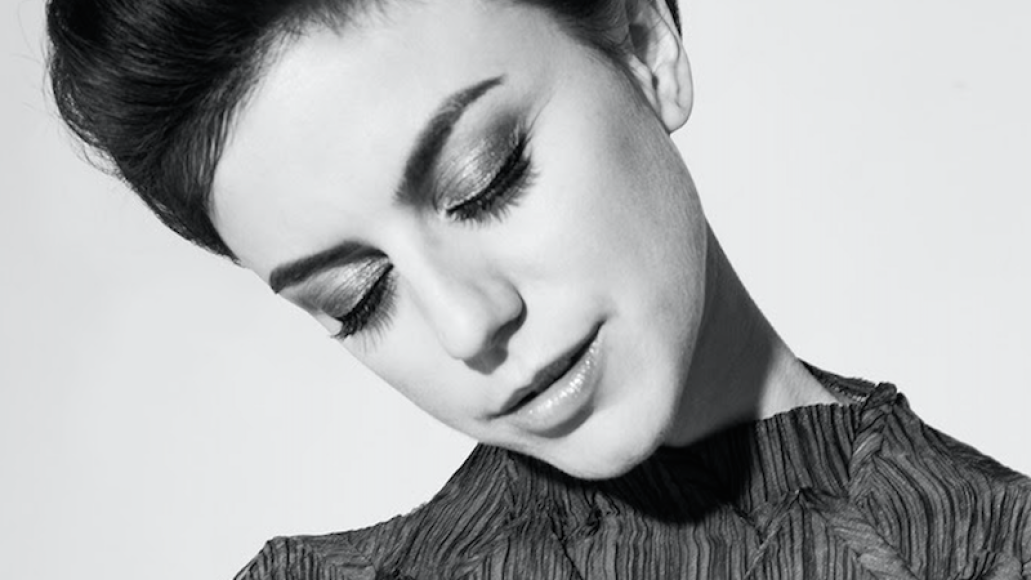 As a former member of the Dirty Projectors, Angel Deradoorian has worked with some of music’s most creative minds, including Avey Tare and Flying Lotus. Now, she’s striking out on her own with her forthcoming debut LP,The Expanding Flower Planet, released under her last name. The second single from that record arrives in a cage of grooves and interlocking synths. “The Eye” hints at some of the Dirty Projectors’ penchant for skewed vocal weight and polyrhythms, but this doesn’t sound like a Projectors cut. It’s a steadily growing slice of nervous psychedelia that goes out on a rising four-note coda, leaving as many melodic loose ends behind as it started with. The Expanding Flower Planet arrives via Anticon on August 21st. —Sasha Geffen 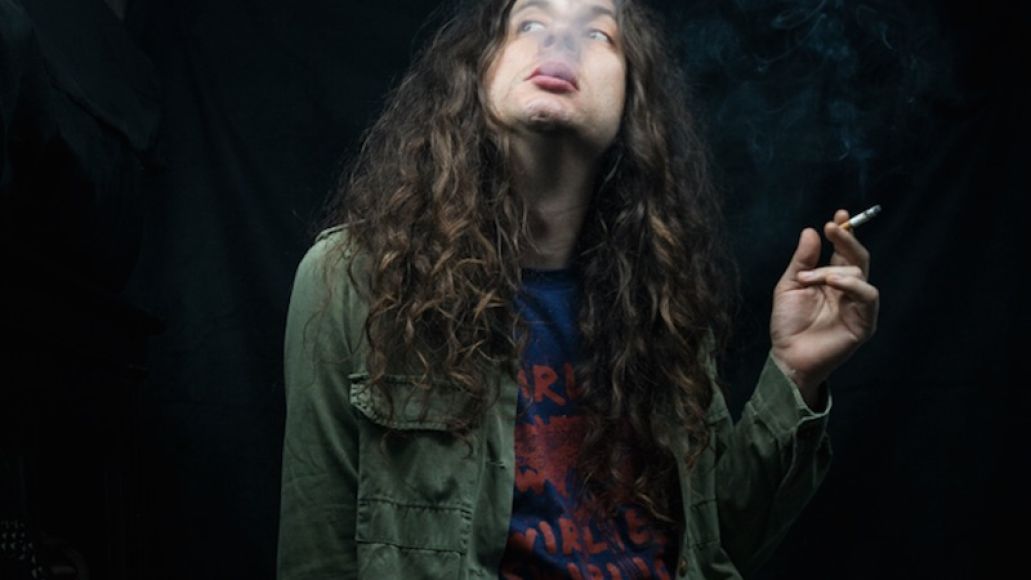 Philly singer and guitarist Kurt Vile maintains just the right balance of songwriterly craftsmanship and irreverent humor to be able to get away with a song called “Pretty Pimpin”. The opener from Vile’s upcoming sixth album, b’lieve i’m goin down…, it splits the difference between 2011’s Smoke Ring for My Halo and 2013’s Wakin on a Pretty Daze, recapturing the former’s introverted warmth and the latter’s sprawling collaborative spirit. Combined with Vile’s unmistakably hazy vocals and tumbling guitar lines, electric organ and synth (courtesy of Rob Laakso) enliven the proceedings without softening the serious, self-examining tone. The title, the phrase that Vile swaggeringly applies to himself, is only realized after momentary doubt: “I woke up this mornin’/ Didn’t recognize the man in the mirror/ Then I laughed and I said, ‘Oh silly me, that’s just me.’” b’lieve I’m goin down… is out September 25th via Matador. –Michael Madden