Even without taking one listen to Ben Katzman’s DeGreaser, it’s immediately clear that the Boston-based garage rock outfit probably knows how to have more fun than your average band. Listed on its upcoming tour poster (seen below) is a date that, instead of being dedicated to a sweaty gig in Smalltown, USA, is reserved for a magical destination called “Chill, Hard.” It threw me off at first (“What a bizarre name for a city!” I thought); now, I’m just in awe of that little bit of wit.

Once you get to the actual music, everything falls into place rather nicely, their tongue-in-cheek humor and a general sense of free-for-all fun just natural extensions of the band members themselves. The driving, growling rock — churned out by self-described “dorks that are obsessed with KISS and the Ramones — is loud, unabashedly honest, and awesomely infectious in more ways than one. DeGreaser’s latest song “You Shred (But Really You’re Just Playing Me) Baby” is a perfect example of what the band does best. As its title suggests, the track is about a badass woman with one major flaw: Her habit of falsely leading guys to think they’re actually more than just friends.

In an email to Consequence of Sound, Ben Katzman, who is also the head honcho of BUFU Records, explained the sentiment behind the song:

“Whether it’s your favorite band putting out a bad record or a relationship w/ your boo gone sour, sometimes you don’t see the freight train of heartbreak coming your way. ‘You Shred (But You’re Really Just Playing Me) Baby’ is DeGreaser’s upbeat battle to the moment of realization where you realize it’s time to let go, and move on.”

The song is taken from Ben Katzman’s DeGreaser’s upcoming album, Venus in Pisces, due out on October 30th via BUFU Records. In support of the record, the band will tour the US all through September. 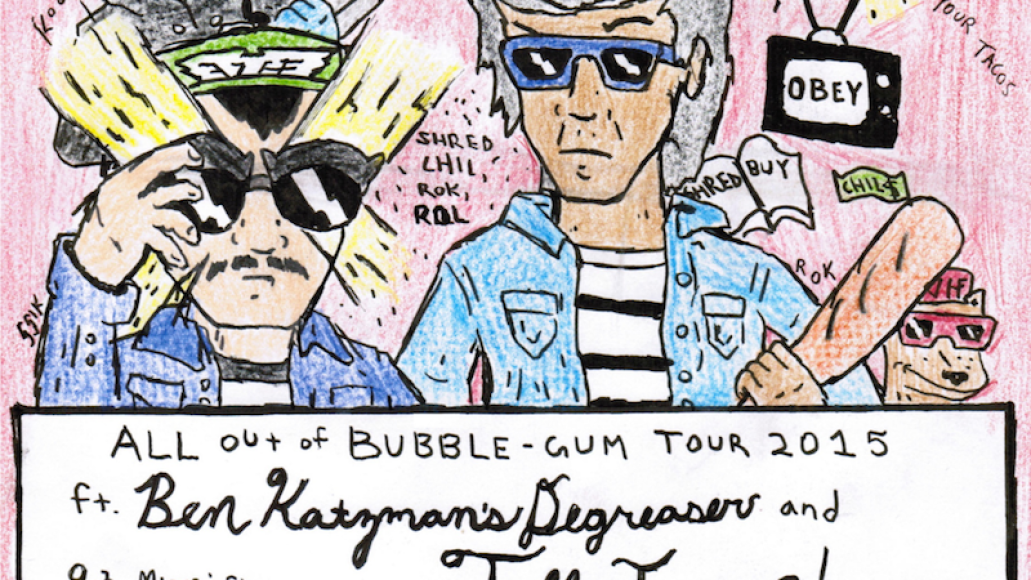