Drake hosted his annual OVO Fest in Toronto this weekend. Now in its sixth year, the festival kicked off on Friday with a set from comedian Kevin Hart. J. Cole and Big Sean shared co-headlining duties for night two. However, the weekend’s big attraction, of course, came via Drizzy himself, who closed out the festival on Monday night with a truly massive set that included guest appearances from Kanye West, Pharrell Williams, Future, Travi$ Scott, and more.

However, before any fun was had, Drake addressed his ongoing feud with Meek Mill. He began his set by performing the two new diss tracks he wrote about Meek, “Back to Back” and “Charged Up”. If that weren’t enough, he displayed a PowerPoint presentation of anti-Meek Mill memes as backing visuals, and was also seen wearing a T-shirt that read “Free Meek Mill.”

Following a surprise appearance from Future, Drake welcomed Kanye to the stage, who proceeded to tear through his own 12-song set that included “Wolves”, “All Day”, and a pair of collaborations with Travi$ Scott. Eventually, he joined forces with the master of ceremonies to perform “Blessings”.

Drake briefly rapped solo, including the live debut of “Hotline Bling”, before bringing out Pharrell to perform “Get Lucky”.

To conclude the set, Drake rattled off some of his biggest hits, including “The Motto”, “Started From the Bottom”, and “Marvin’s Room”. Once more, he set hit sights on Meek Mill as he performed “Back to Back” for a second time and teased a third diss track called “3Peat”.

Check out photos of Drake’s memes and a few fan-shot Instagram clips of the performance. 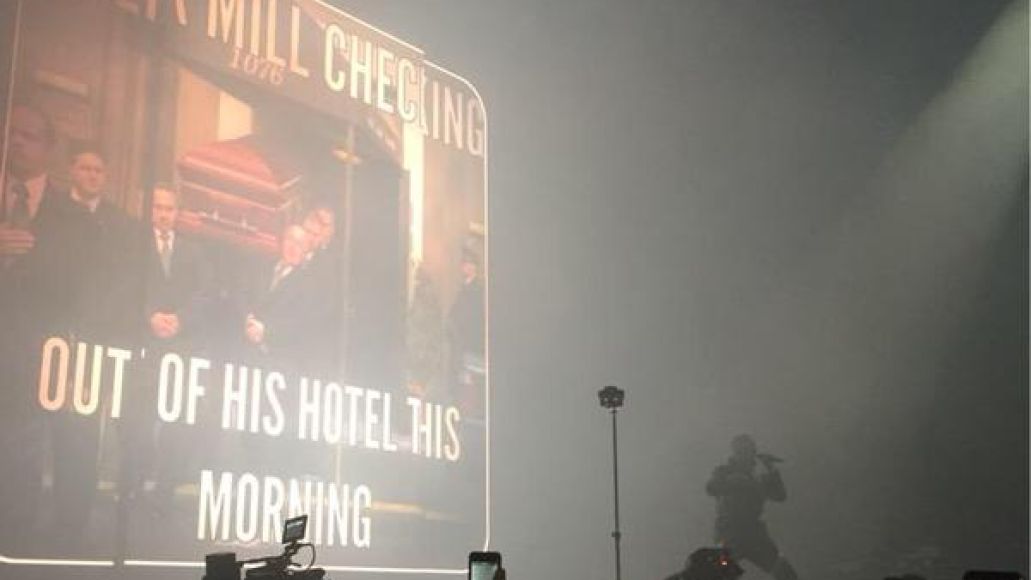 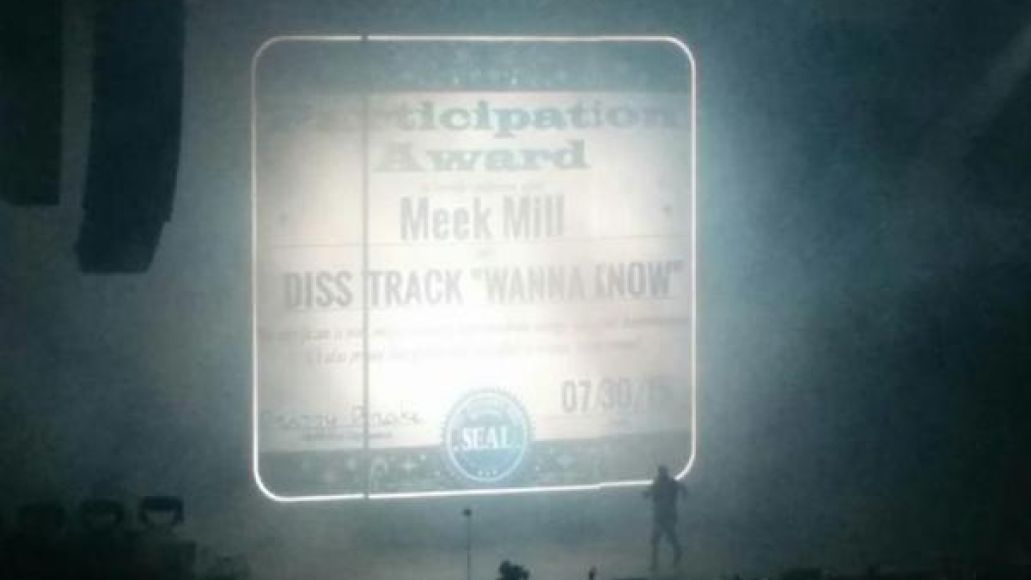 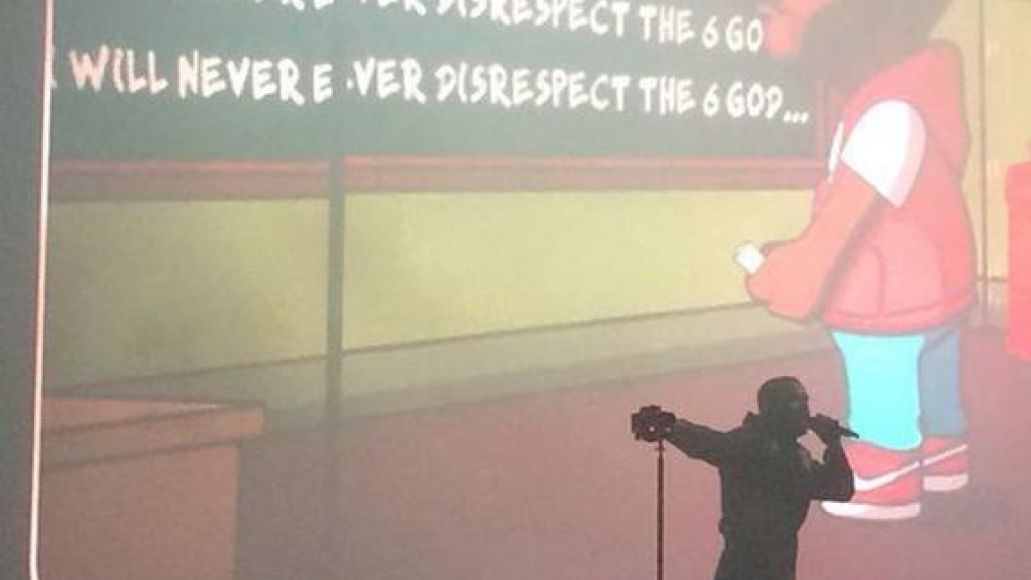 @Drake isnt letting the @MeekMill diss go. Watch as the 6 God shows meems of the beef during "Back To Back" #OVOFest pic.twitter.com/qfuhslmN8O

A look at the evening’s setlist (note: some songs may be missing):