When Sean Carlson started FYF Fest in 2004, it had a more profane name and a lineup that similarly reflected his tastes as an 18-year-old. Carlson is 30 now, and this year’s iteration of the fest suggests that a little age and perspective might not be such a bad thing after all.

FYF Fest is no stranger to growing pains. Previous editions held at the Los Angeles State Historic Park in Chinatown are remembered as much for their long lines and allergy-inducing dust clouds as they are for the actual performances. But Carlson and his fellow organizers have listened to fans’ complaints and built a juggernaut of a festival that’s fast becoming the best summer ticket in the country.

Gone are the long lines and crappy burgers, replaced by a streamlined entry system and gourmet food options at every turn. Also gone are the insane distances between stages; it no longer feels like you’re running a half marathon just to catch a band on the other side of the festival grounds. In the LA Sports Arena and Exposition Park, Carlson has finally found a venue that will allow FYF to grow without creating a new logistical hurdle each year. Hell, even the bathrooms are nice. 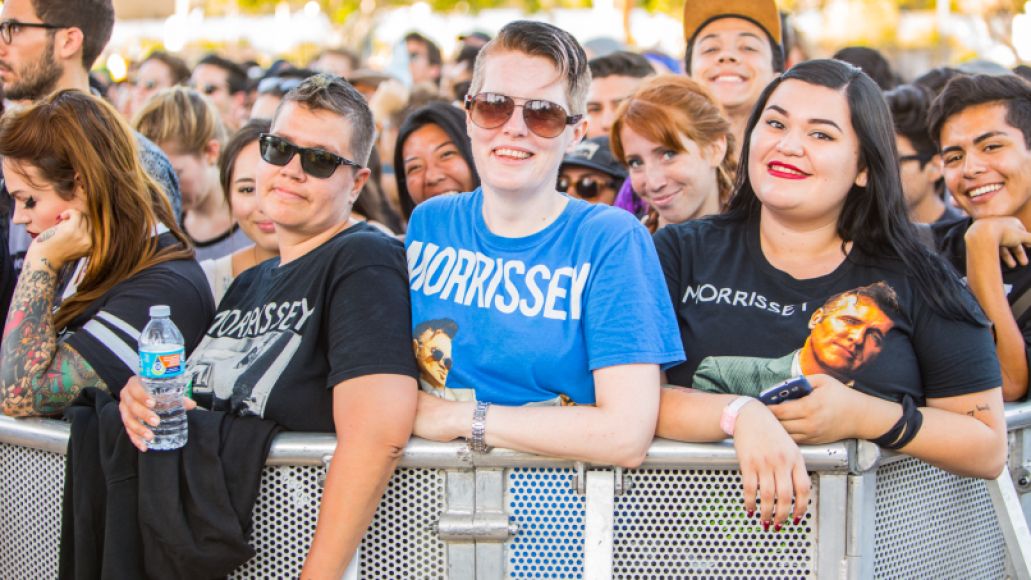 But people don’t shell out a couple hundred bucks for a decent place to piss. FYF’s real attraction is its lineup, which has evolved from a showcase of the different shades of punk rock into something much more impressive. Longtime fans may gripe about the inclusion of a whole stage dedicated to electronic music, but punk can’t pay the bills alone these days. A successful summer music festival in 2015 needs to have a little bit of everything, and FYF’s lineup is a clinic in how to appeal to pretty much everyone.

The best example of this might be the headliners. What does it say about a festival’s clout that Kanye West – arguably the biggest rapper in the world right now – is willing to hop on as a last minute replacement? Fans might have missed out on an appearance from the increasingly elusive Frank Ocean, but nobody can say that Kanye didn’t bring it to the Main stage on Saturday night. Morrissey proved equally impressive, and his set felt almost like a homecoming thanks to the Latino fans who came to watch it in droves. Sure, it was risky to book two of the most volatile personalities in music on back-to-back nights, but Carlson’s gamble paid off with minimal drama. 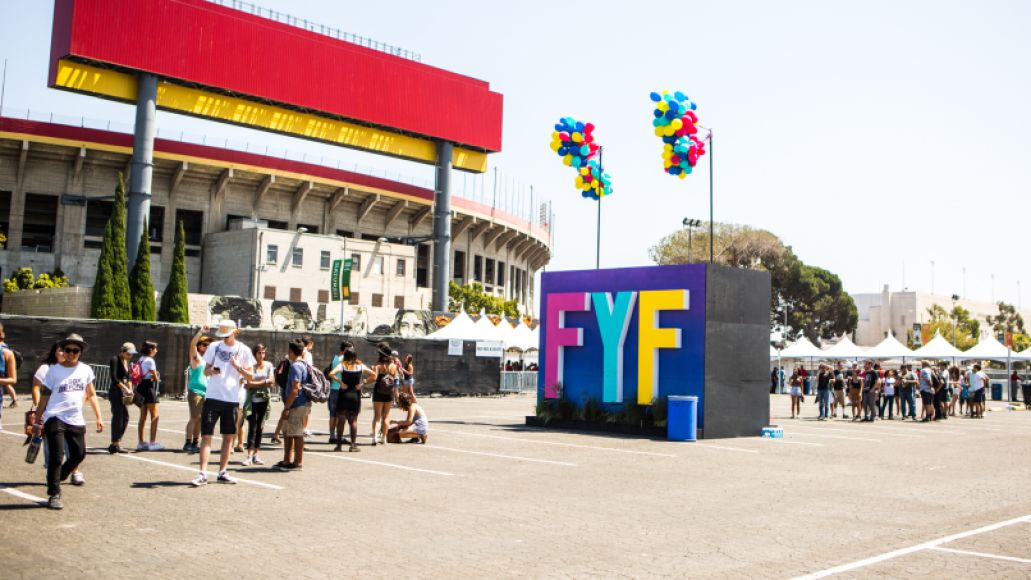 In fact, the defining feature of FYF 2015 might be its total lack of bad vibes. The heat never felt stifling, the crowds never felt too crowded, and the musicians – with a few exceptions – came out with their dance shoes on. Some of them even had a few tricks up their sleeves, whether it was the Jesus and Mary Chain playing Psychocandy from front to back, Run the Jewels teaming up with Zach de la Rocha and Travis Barker, Kanye West getting an assist from Rihanna, Flume being joined by Lorde, or Solange teaming with Dev Hynes. At Lollapalooza a few weekends ago, you couldn’t throw a water bottle without hitting a Bud Light ad or a 16-year-old overdosing on molly. FYF certainly looks more attractive by comparison, thanks to a better lineup, better security, and a refreshingly non-corporate look.

That’s the thing: For as much as it’s changed in its 11 years and 12 installments, FYF is still the baby of Sean Carlson. You didn’t have to look far for reminders of this. Sean Bonnette of Andrew Jackson Jihad waxed nostalgic about how Carlson gave his band their first LA break, and local punks Joyce Manor marveled at the fact that they’ve been allowed on stage for four years running. This is how FYF will continue to stake its claim as the country’s best music festival — it feels like the concert you and your best friends might book, if you had the time and the resources.

Now that it’s all over and the dust has settled, we’ve gone ahead and ranked all the sets we were able to catch this weekend. You might agree, or you might not. It doesn’t really matter. One of the beautiful things about FYF these days is that there’s room for all of that.