As an American, festivals in the UK are only five to eight time zones away, but might as well be in another galaxy. For starters, the art and activities are cranked up to 11. Also, the crowds are totally different. Think drunker, older, less drugged, more receptive, and prone to singalongs. However, getting in, out, and around a fest is a greater challenge. Rain and subsequent knee-deep pits of mud, as well as steeply uphill terrain, are the rule rather than the exception.

I opted to make my overdue return overseas to Green Man instead of a third trip to Glastonbury because I loved the lineup and wanted a new, more intimate experience. Green Man’s 20,000 capacity is one ninth that of Glastonbury, but once inside the gates, it still overwhelmed like a massive makeshift city spread across the emerald hills of Brecon Beacons. 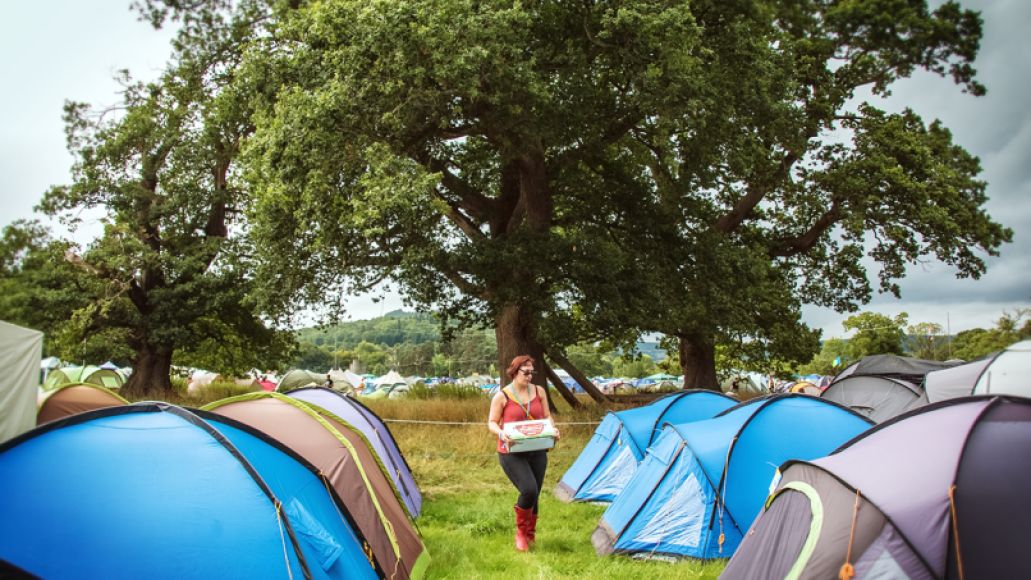 Thanks to a stellar lineup, a gorgeous (albeit rain-soaked) setting, and one intimate, friendly vibe, the Green Man Festival was a golden affair. Like most festivals across the Atlantic, Green Man hosted predominantly residents from the UK. According to Wales Online, five percent of the attendees came from elsewhere, with the percentage of visitors from other continents presumably being a minuscule fraction of that.

Being an American tourist was a novelty that never went unnoticed. “Yes, I flew from Los Angeles to attend,” I told impossibly benevolent, inclusive, and coherent people throughout the weekend to their surprise. My outsider status even netted me a Sexwitch setlist from a kind fan and an onstage shoutout. That’s right, Emmy the Great called out yours truly for my long journey to Brecon Beacons before diving into “Swimming Pool”. All this should soon change, though, because the secret of Green Man is out. 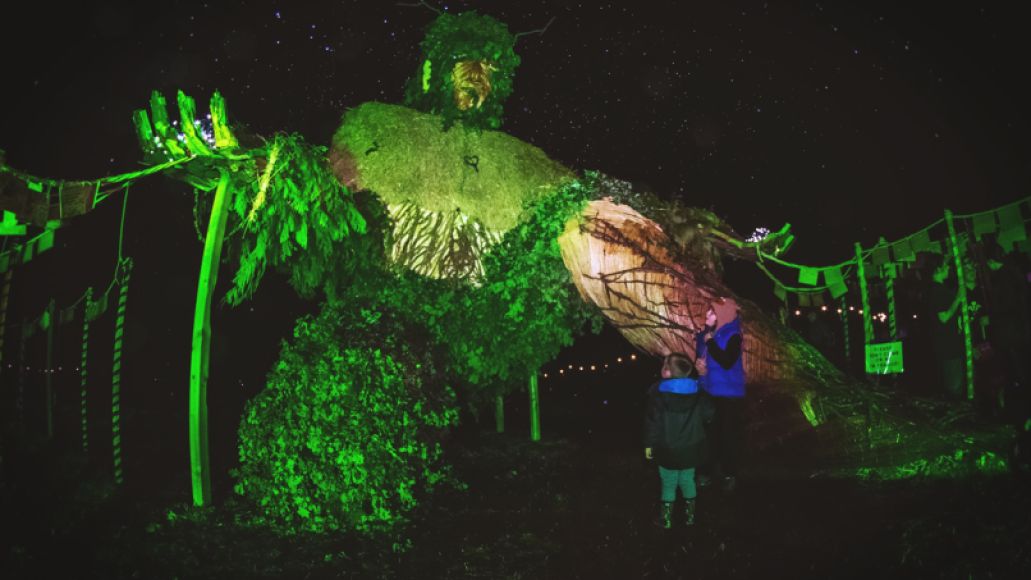 Although the EDM and hip-hop stars that draw the big festival crowds nowadays were absent from the bill, the mostly guitar-driven festival sold out well in advance. Posts yearning for a hookup or warning of scam artists selling nonexistent passes steadily streamed onto the fest’s Facebook page in the weeks leading towards the event.

Rooted in folk music, the Green Man Festival has evolved over the years into an increasingly eclectic event while staying true to its origins. The organizers have a vibe and crowd in mind, and stick to it. Playing alongside an array of folksters (mostly based in the UK) was a varied, enticing collection of acts of various styles and eras picked from the best the 2015 festival circuit has to offer. 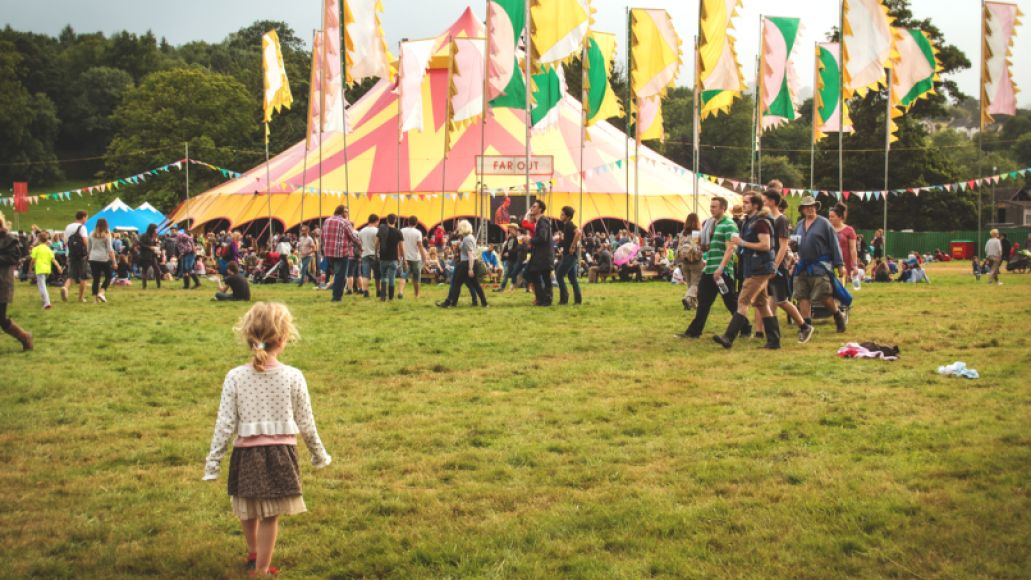 Main stage headliners Hot Chip, Super Furry Animals, and St. Vincent all represented contrasting sounds and styles. And speaking of St. Vincent, how amazing was it to see her get the top billing she deserves? More on that later, I promise, but a festival in the US needs to step up already. Outside the headliners, troubadours, post-punkers, beatsmiths, and indie rock experimenters all crafted a vibe of musical amazement and discovery.

An onslaught of activities and areas begging for exploration clashed with the impressive musical lineup over the most precious of festival resources: time. Green Man featured a beer festival with 108 local ciders, perries, and “real ales.” What constitutes a real versus fake ale is still unclear to me, but the boozy offerings outshined even the best craft beer tents at stateside festivals. The Green Man experience also included yoga, jacuzzis, educational activities, and entertainment for kids and teens alongside multiple stages for music, cinema and comedy. 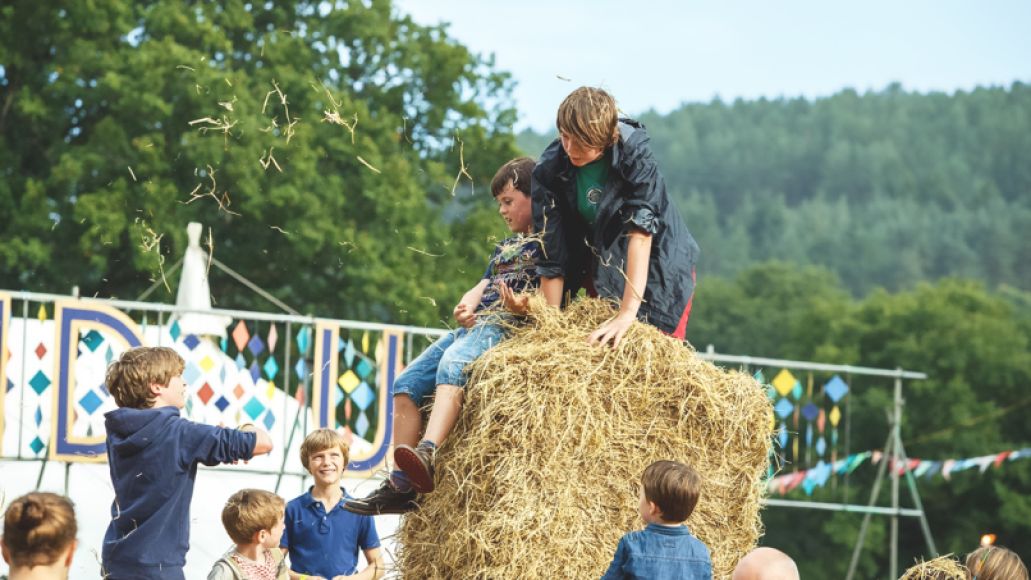 Yes kids, activities. Green Man was somewhat of a family affair, allowing cool parents to indoctrinate their younglings into the way of the festival life at an early age. Slides, rides, performers, film screenings, and even the trees beckoned to kids and the young at heart. This all-ages environment made for a vibe that was more chilled than hedonistic. The sea of discarded laughing gas canisters at festivals like Glastonbury was nowhere to be found.

Situated in the lush Welsh countryside of Brecon Beacons, Green Man was a picturesque paradise. Sitting on top of the hill at the natural amphitheater of the Mountain Stage and enjoying the majesty of the mountains, sheep fields, and ancient trees was another headliner in itself. At the end of the weekend, everyone gathered at the top of the festival site for the ceremonial burning of the titular Green Man and fireworks extravaganza. A local told me that every ember was a wish by an attendee. 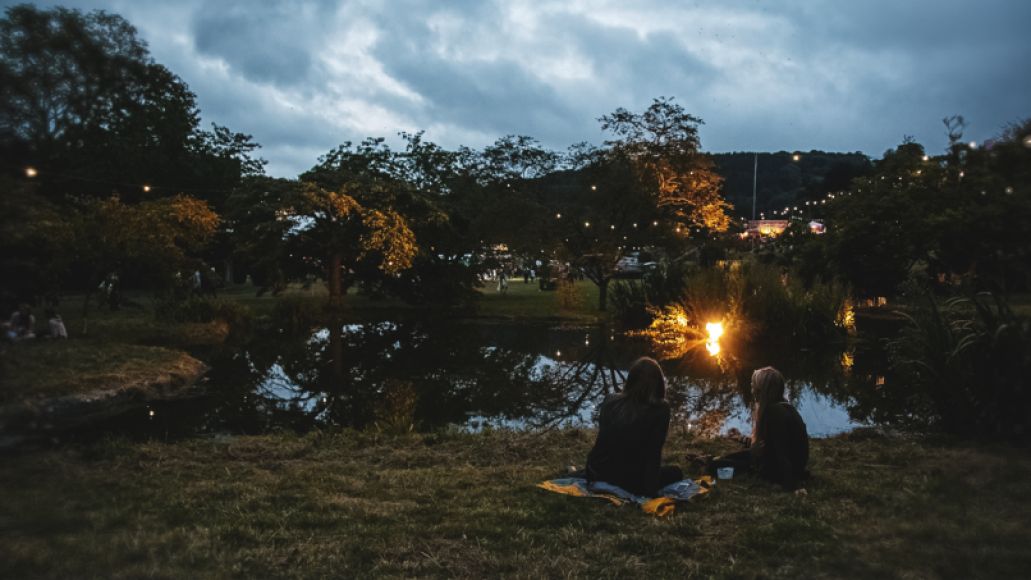 My wish? To one day return to Wales to relive the endless adventures, musical treats, and fully immersive experiences Green Man has to offer. Except, of course, with better weather and the strength to endure the long uphill marches from stage to stage.

Until that day comes, these were the best sets at Green Man 2015.