Taylor Swift has welcomed nearly every celebrity under the sun to her 1989 tour, including Kobe Bryant, Alanis Morissette, Beck, St. Vincent, and, most recently, Lisa Kudrow for a friendly rendition of “Smelly Cat”. All the famous faces seem happy to join the “Shake It Off” pop star on-stage.

But perhaps their only recourse is to smile and play along? As Grizzly Bear frontman Ed Droste learned this past week, if you instigate “Bad Blood” with Taylor, her loyal minion Swifties will swiftly launch an all-out assault.

Fans of the “Blank Space” songwriter began zeroing in on Droste shortly after he tweeted some not-so-savory comments last month. Some of those (seen below as preserved by Stereogum) include comparing Swift to Mean Girl character Regina George; remarks that she is a “self-serving” artist; and claims of knowing “first hand” how rude she can actually be behind closed doors. 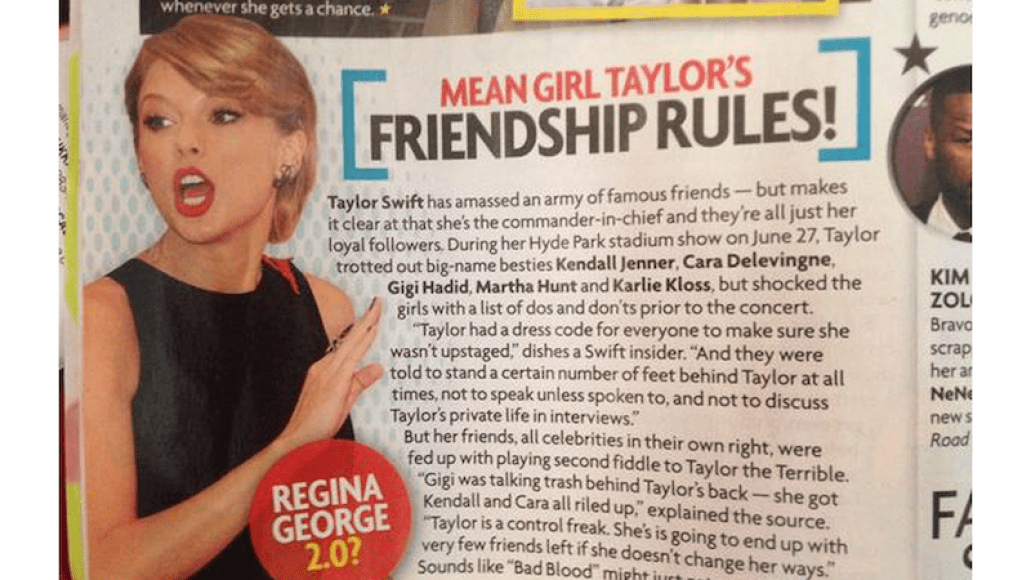 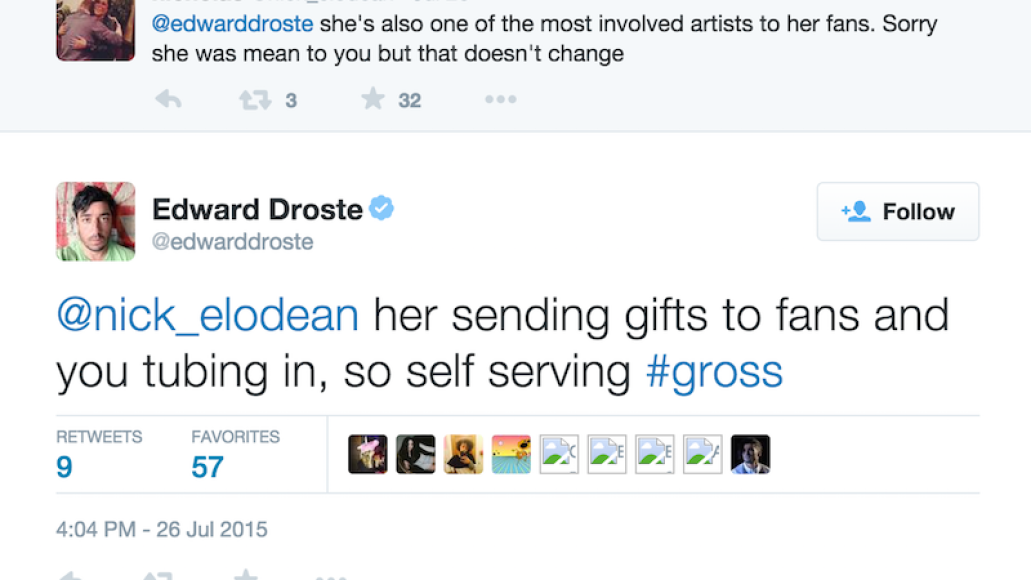 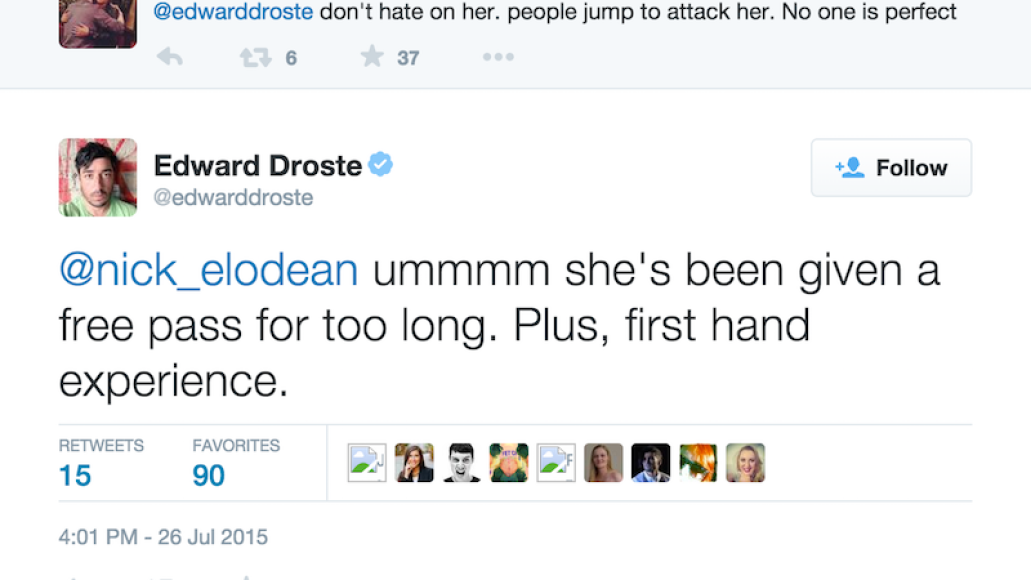 Swift’s mammoth 1989 trek — or that time she reached “peak caucasity”, as one reader put it — also drew out some negative vibes from Droste. After news surfaced that legendary folk songwriter Joan Baez had graced the Swift stage, he wrote on Twitter (below), “Joan Baez? Enough is enough.” 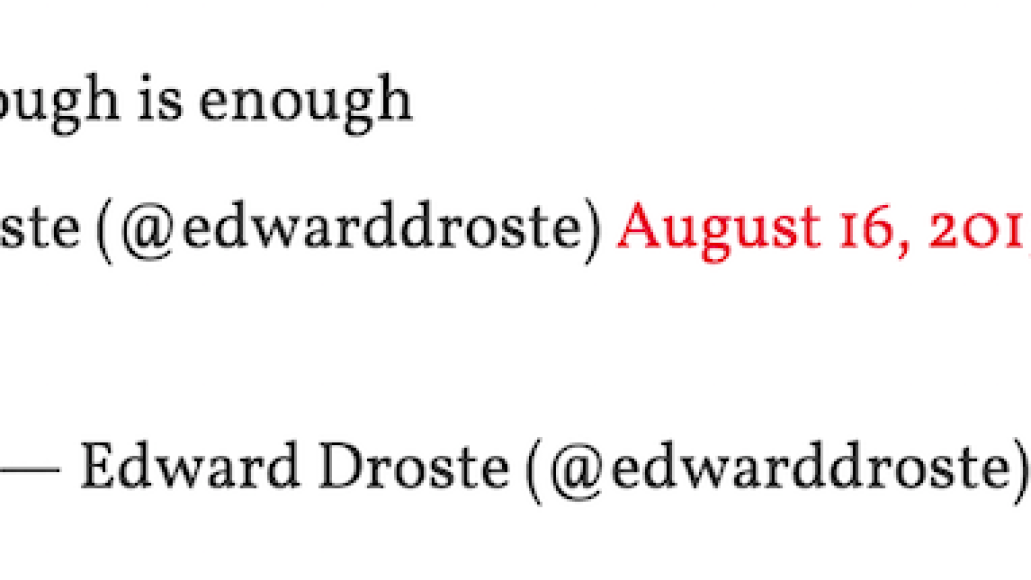 As to be expected, every slight brought on more backlash from Tay’s rabid fanbase. According to Droste, many of her “butthurt” devotees went on to call him “every disgusting slur there is,” listing “ugly”, “faggot”, and “dirty Jew” as examples. To make matters worse, even his longtime friends HAIM seemed to disown him and side with BFF Swift. 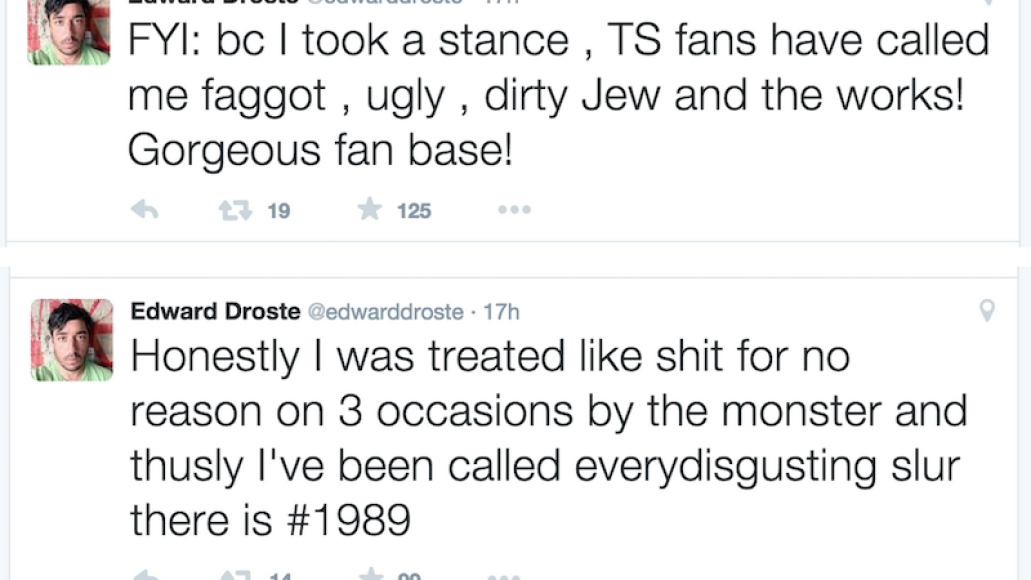 Naturally, Droste grew tired of the relentless drama and attacks and — in much the same way Apple conceded to Swift — he took it upon himself to bow out of the situation entirely by deleting his Twitter account. 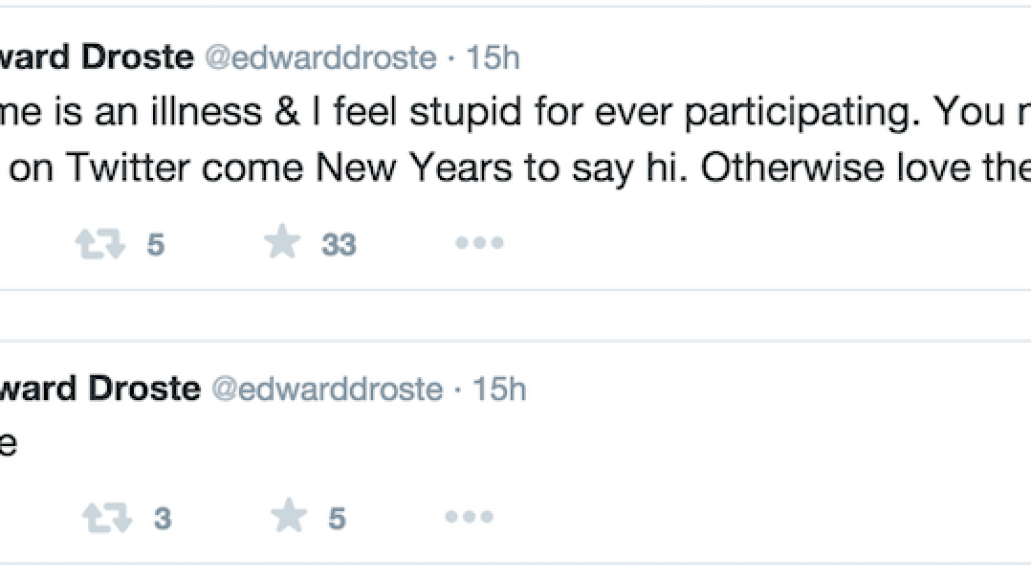