“I’m whatever scares you the most,” Barry Crimmins says in Bobcat Goldthwait’s new documentary, Call Me Lucky. “I’m a Communist with AIDS who bites.” Beneath the burly exterior and gruff stage persona beats a kind and generous heart, one that Crimmins masked for years from the general public. 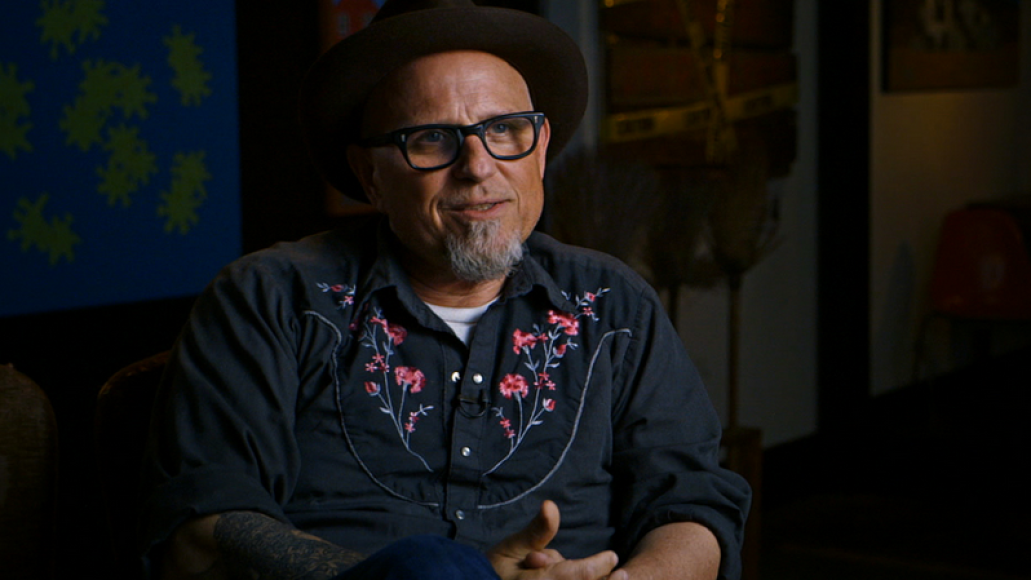 It wasn’t until the early ’90s that Crimmins publicly revealed that he was repeatedly raped as a young child, nearly asphyxiated by having his face shoved into couch cushions to muffle the screams. By revealing his past, Crimmins exposed the man behind the curtain: not a victim but a man ready to confront his demons. Soon after, Crimmins dropped out of the scene and took on AOL, then in its infancy, as a pedophilia den and hotbed for child pornography swapping.

Goldthwait, in his greatest and most gentle triumph behind the camera, dissects a brilliant and complicated mind, and a portrait of Crimmins as activist, humanitarian, and unlikely hippie hero is revealed. We spoke to Goldthwait and Crimmins about the film, true love, and artistic freedom.

How long had you been toying with the notion of documenting Barry? 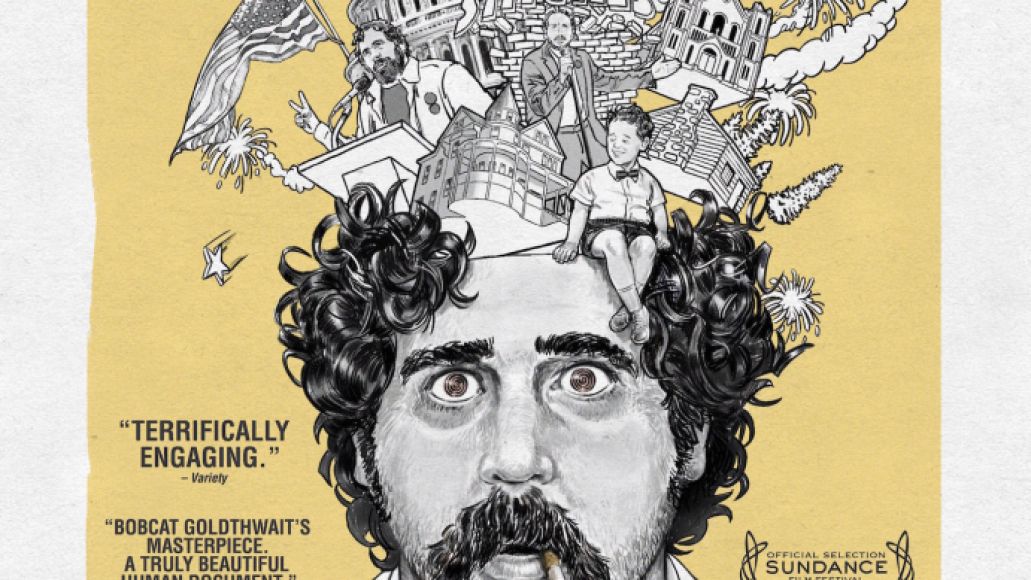 Bobcat Goldthwait (BG): In the mid-’90s, Barry went to the floor of the Senate at a judiciary committee hearing exposing AOL because they were allowing child pornography to be exchanged in their chatrooms. As an adult survivor of child abuse, part of Barry’s own healing was fighting for these kids who were being abused. He’d written an article in the Boston Phoenix, which was a really well-written story and had all the elements of a movie. It was funny and had courageous elements, so all the way back then I knew I wanted to make it as a movie. It was a lot harder to get it going, and to ask him to write a script for this, and me taking a swipe at a script, it took a long time. I’m glad it happened the way it did. I think him saying his own words is much better than me having someone else playing him.

Did Bobcat approach you with a quiet, “respect for his mentor” attitude?

Barry Crimmins (BC): First, he approached me about doing a movie with me taking on AOL. I almost never say no to my friends, but I’d just spent the better part of a year in chatrooms with these creeps. I was burnt out. Even though I was worn out from seeing what was happening to these kids, it was still about the kids. I needed a breather, and Bob was very kind about that. He was excited about the idea of a movie, but he’d check in every six months. He’d say, “What do you think?” and I’d say “No.” I’d never written a script. I write essays. I don’t write scripts. I took a swipe at it, and it was 312 pages. He only read the first 306, so I’m a little miffed. Indie filmmakers have a million-dollar budget, so I had no concept of what stuff cost. I kinda wasted his time, except it was a really good briefing in the end. When he went and did the doc, I think that as nutty as my script was, it covered some ground that was decent research.

I love, trust, and respect Bob so much as a filmmaker that I was able to sit back and trust him. I didn’t see it until Sundance, which is the same thing he did with Robin and World’s Greatest Dad. Originally, we were expecting to see the movie with Robin. Robin would have been there. It was really quite a moment, and he came through really well. I think I helped give him a good story. It was a symbiotic relationship between us for sure. He’s a magnificent talent and a great friend to have on your side. I’m really proud of this movie and proud to be a part of it. It’s about all of us, not just about me. It’s about the human condition.

In regards to the respect Barry won from the comedians at Ding Ho and Stitches, did you regard him as a surrogate father figure? I’m thinking of the moment in the film when you kicked drugs because Barry said, and I’m probably misquoting, “Go home and think about what you want to do with your life.”

BG: Not a father figure. I always saw Barry as one of my big brothers. He was a guy I looked up to. I never felt too intimidated by him. I just admired him. He was definitely more of a brother figure because he was like the big brother you looked up to, but let you hang out. It was like, “Get out here you little pukes.”

With your gruff stage persona, was that a conscious effort to develop a shield from people getting too close?

BC: I’m a really soft touch, and I get overrun once people catch on. As much as I could put it off with the demeanor that was tough to punch through, it saved me at least some bullshit. That was about it. I was rolling and tumbling, and I hadn’t even begun to deal with what I had been through in my life. I didn’t want other people to be in pain or mistreated. I had been around the country and been mistreated as a comic. Comics are mistreated, and they still are. In those days, you’d stand in line forever to go on at 3 a.m. for two people and then still be told you’re a piece of crap afterwards. You’re poor, and it’s terrible. With the Ding Ho, I tried to create a situation that I liked and I’d want to go into, where you’re treated well. “You’re on tonight? Go to the bar and get whatever you want.” If your parents came in, you fed them and when you walked onto the stage, you felt like somebody and you’re gonna do a better job. It worked, and when you combined that with the talent that walked in, it was a great time. 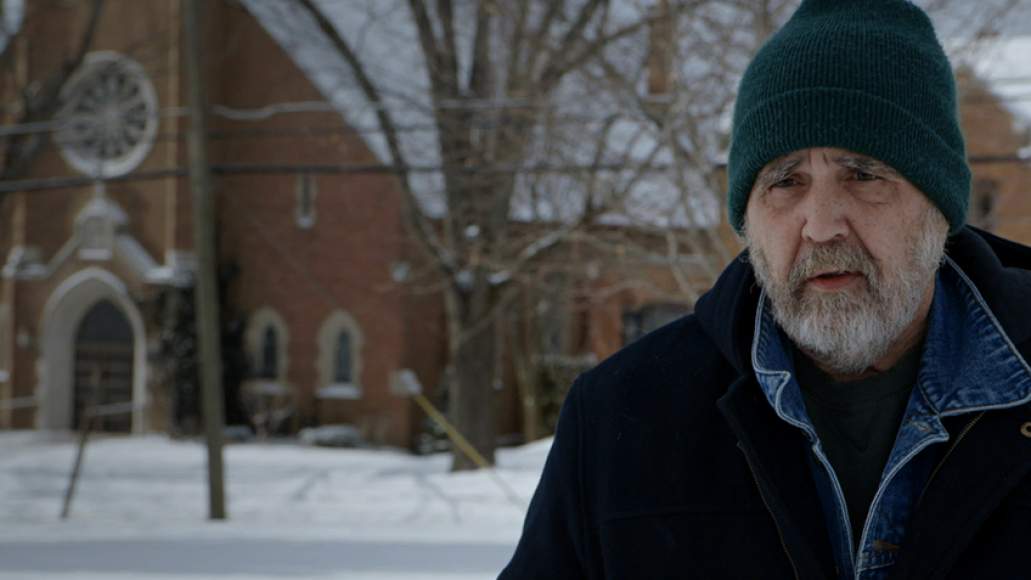 Did hard drinking and LSD ever turn on you?

BC: At some point, Goldthwait throws in that I’m a lifelong LSD enthusiast, and it’s like you’d think I was fucking tripping all the time. I think because I haven’t spoken out against LSD … I don’t know. To tell you the truth, I did some acid, and it opened my mind up. One of the reasons people think of me and acid is that during the cocaine nightmare of the ’80s, I was going, “You wanna get high? I’ll get you high. I’ll go get some fuckin’ acid. We’ll get high. If you want more, I’ll have it with me.” That was basically it. So I got this rep for that. There’s a great line someone used in some doc: “Cocaine is the drug for people who hate hippies.” I was the hippie. But a lifelong LSD enthusiast while I’m trying to be this responsible guy … [Laughs] It’s the one thing I take issue with.

Barry, one thing I was left wondering about in the doc is whether you’ve had a true romantic love in your life, or did past trauma affect relationships to the point where you’re more comfortable being alone?

BC: The movie would have been 70 hours long if we had the true romantic loves in there. I’ve had plenty of true romantic loves. I feel like I’ve given enough of my personal life publicly, and I don’t think it’s anybody’s business who I sleep with and love. It’s my business, and I don’t think it’s fair to a woman who’s nice enough to be in my life. It’s another way for people to get to you, and it creates problems in relationships. You come to a show with a woman, and the next thing you know some idiot has invited you to a barbeque because she gets along with somebody else. She didn’t do anything wrong, but it’s like, “I don’t want to go anywhere near that guy! He’s a nightmare!” So, I’ve always kept that private. Serious romantic stuff was one part of the story that I didn’t want, and Bob was cool about keeping it out. I’ve had great loves, and I’ve been unbelievably fortunate to have some tremendous women in my life. I still love every one of them that was close to me. 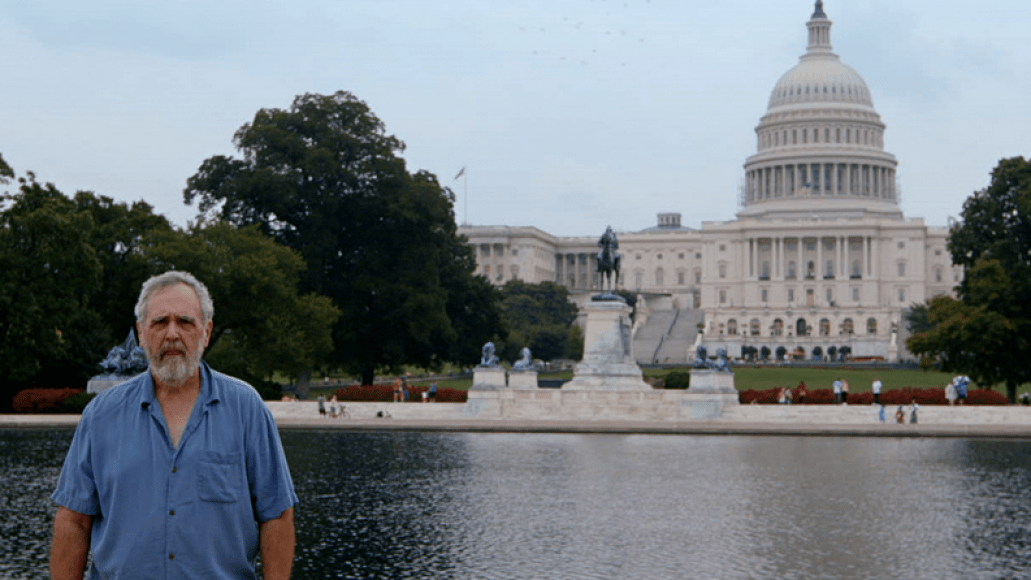 Is Donald Trump the nadir of our political carnival?

BC: [Sighs] I guess, ya know? It’s just a distraction from what we should really be talking about. The problem with this country is all these people talking about, “Oh, we need a better leader! There’s nothing wrong with the system, it’s just that we have the wrong person running it.” For starters, there’s something wrong with you if you want to be in charge. I don’t need a leader. I’m not on a field trip. I’m a grown man. I’m way less into that, or political stuff where they just keep you busy beating one another over the head with the 2 x 4s they provide, while you’re not really thinking about what you need to be thinking about. I’m with Howard Zinn on an election. Go down on an election day, do the least amount of damage you can, and whoever wins will hold their feet to the fire.

Is child pornography adequately regulated these days on the internet? Has security finally caught up to technology?

BC: I’m not really an expert. I just ran into this nightmare, and there are a lot of legal authorities on the case now. It would be dangerous now for me to really be able to know how to answer that question. If I was doing the kind of thing I did then, someone should look into me.

BG: It’s stressed in the movie that the police told me that they didn’t have computers in their office then. When Barry went to the police and went to the FEDS and AOL, he just magnified the situation and exposed it. I was told the stuff that he did influenced the way the police had trapped these pedophiles.

BC: Caught. There were so many of them that they didn’t get trapped. You needed a rake. 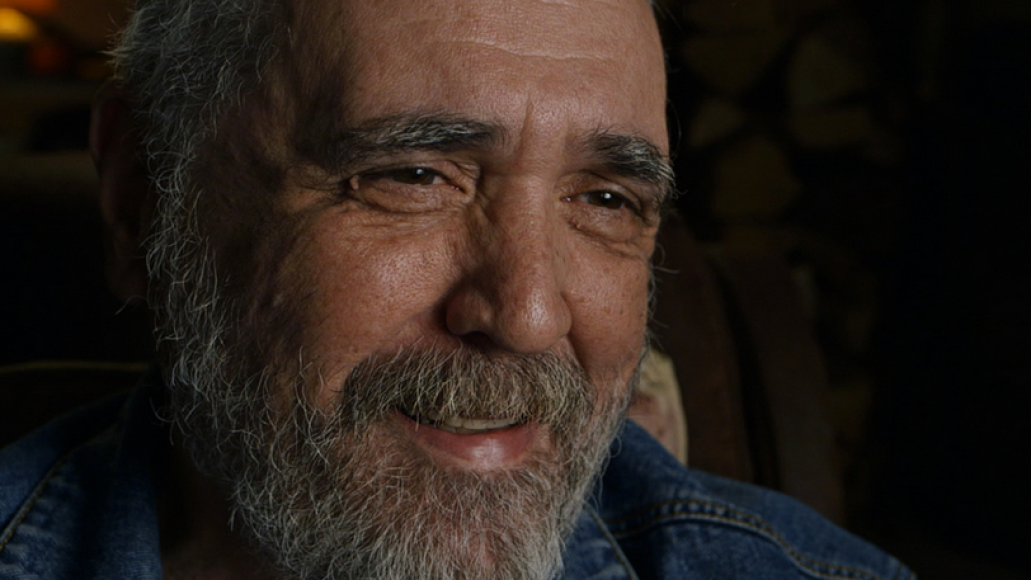 Bobcat, do you ever have ambitions to helm a tentpole franchise or big-budget film? Is artistic freedom most important to you?

BG: As a young man, I sold out. As an old man, I’d rather not. I just want to make movies that I would watch. I don’t discredit those kinds of movies, but I just don’t have any interest in them. I’m 53 years old. Those movies aren’t made for me, so I don’t want to make them. I don’t have a pot to piss in, but I’d rather be broke and making the movies about people and stories that I care about, with people that I love.

Call Us Lucky: A Chat with Bobcat Goldthwait and Barry Crimmins