By all accounts, Josh Trank’s original vision for Fantastic Four was not the version released by 20th Century Fox this week. The Chronicle director had promised a film that was more grounded, more character driven, and more emotional than traditional superhero flicks, inspired by the “weirdness” of David Cronenberg. However, the end result, writes Michael Roffman in his review, is a “mangled origin film that hints at meditative glory yet crudely succumbs to the traditional expectations of a modern superhero film.”

While the full story may never be known, much has been made of the behind the scenes drama that riddled the film’s production. Reports suggest Trank’s “erratic,” “indecisive,” and “very isolated” behavior caused such worry that producers were forced to step in at the last minute and re-shoot several scenes without Trank’s involvement. While 20th Century Fox has never outright confirmed this to be fact, Trank’s dismissal from the forthcoming Star Wars spin-off certainly offered damning evidence.

Now, Trank himself has admitted that the final version of Fantastic Four is not his. In a since-deleted tweet, he wrote, “A year ago I had a fantastic version of this. And it would’ve received great reviews. You’ll probably never see it. That’s reality though.” 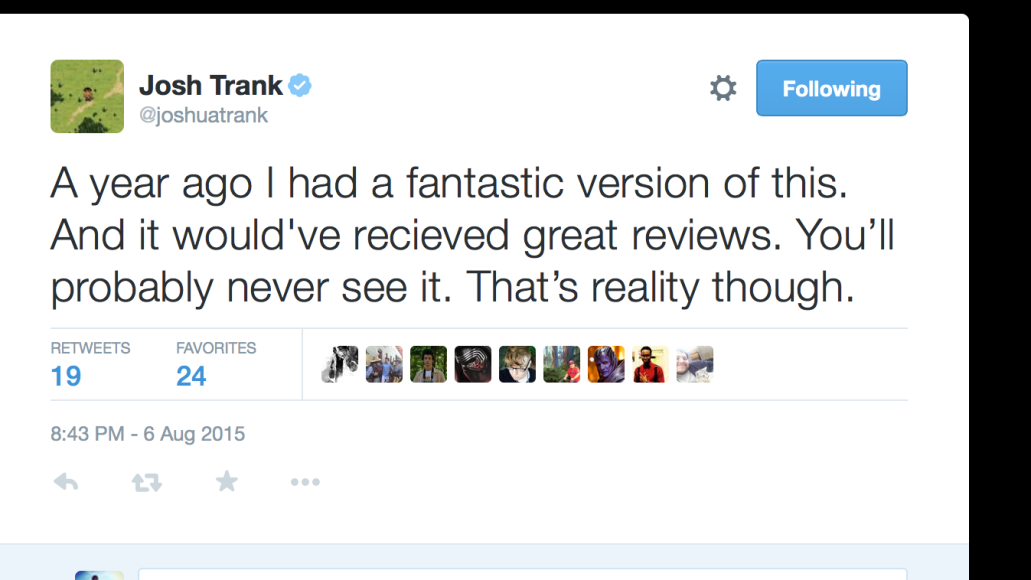 With Fantastic Four currently sitting at a 10% rating on Rotten Tomatoes, it’s hard to imagine what issues 20th Century Fox might of had with Trank’s original vision.