Love, not war. We are tired of the fires. Quiet, no riots. We are jammin’, dancin’ and lovin’. Don’t throw no rock, don’t break no glass, just shake your ass!

So goes “Good Morning Midnight”, the first interlude on Janelle Monáe’s sophomore album The Electric Lady, suites four and five of Monáe’s Metropolis concept series, aka the sci-fi, Afro-futurist tale of cyborg Cindi Mayweather. The above lines are spoken by the character DJ Crash Crash who cuts off a belligerent caller on his radio show. Violence is not the answer to oppression, Crash Crash insists. “That’s that ignorant, rusty-dusty, nano-thinkin’ nonsense I’ve been warning y’all about. Please stay away from fools like that!”

Two years on from that album, America is in a very different place. DJ Crash Crash’s philosophy has been roundly criticized in light of the increased visibility of endemic police brutality and the Black Lives Matter movement. The repudiation of forceful protest, of breaking glass windows, of setting the world alight with your anger can only be called respectability politics when black men and women are being killed by American police officers at a terrifying rate. 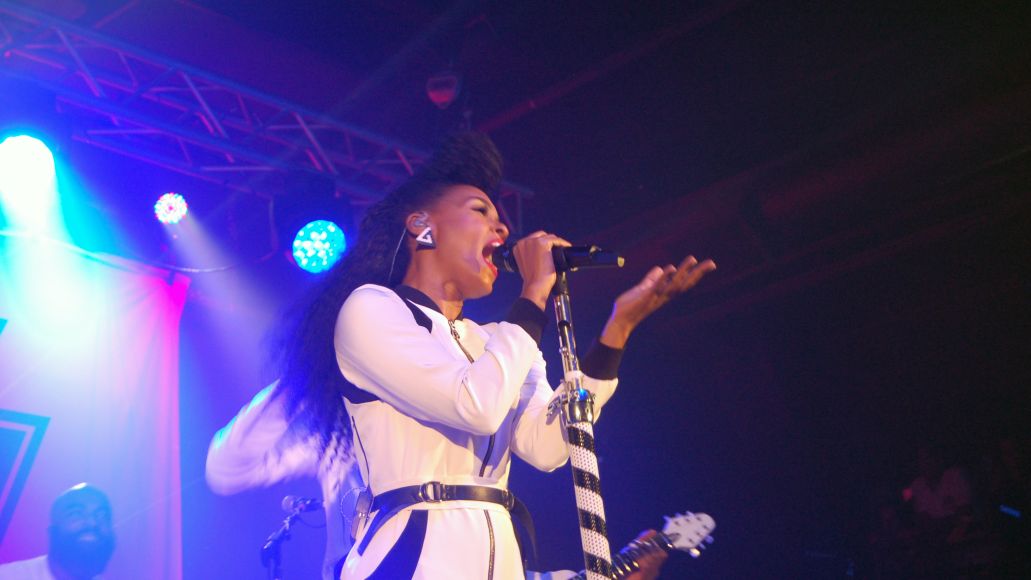 But Monáe has never wavered in her conviction that her voice is strongest when expressed through her art, and her politics embodied best in her music. The latest manifestation of this belief is Wondaland Records, Monáe’s longtime artistic collective that launched as a record label this February. Their first statement is an EP titled Wondaland Presents: The Eephus, a six-song offering of tracks by the artists on the label’s roster: Monáe, Jidenna, Deep Cotton, St. Beauty, and Roman GianArthur.

To celebrate its release on August 14th, the Wondaland artists embarked on an eight-date tour with free shows at undisclosed locations. Three days after the EP’s release, Monáe and friends turned Chicago’s Concord Music Hall into Wondaland with a savvy and smartly-executed show. Musicians bounded on and offstage to lend assists, play hype man, and nail their guest verses, all to hit home the deeply collaborative nature of Wondaland Records.

If Wondaland didn’t always fully succeed in this aim, it was only because Monáe was clearly the star of the show. The crowd was mainly there for the boss of Wondaland herself, evident from the screams that pierced the air when she joined GianArthur onstage for the very first song of the night and the dancing that ensued when she launched into “Q.U.E.E.N.” and “Electric Lady” later on in the show.

Was it any wonder? Monáe can fill a room with her energy. She was irrepressible, belting notes, jumping up and down, proving, truly, that the booty don’t lie. She rapped her way through “Q.U.E.E.N.” with defiance and aplomb, and zig-zagged her way through the wordy and dynamic “Tightrope”, the ArchAndroid hit that properly put her on the mainstream radar. After Monáe’s thunderous re-entry halfway through the show, the other Wondaland acts had to work twice as hard to keep the audience hyped. 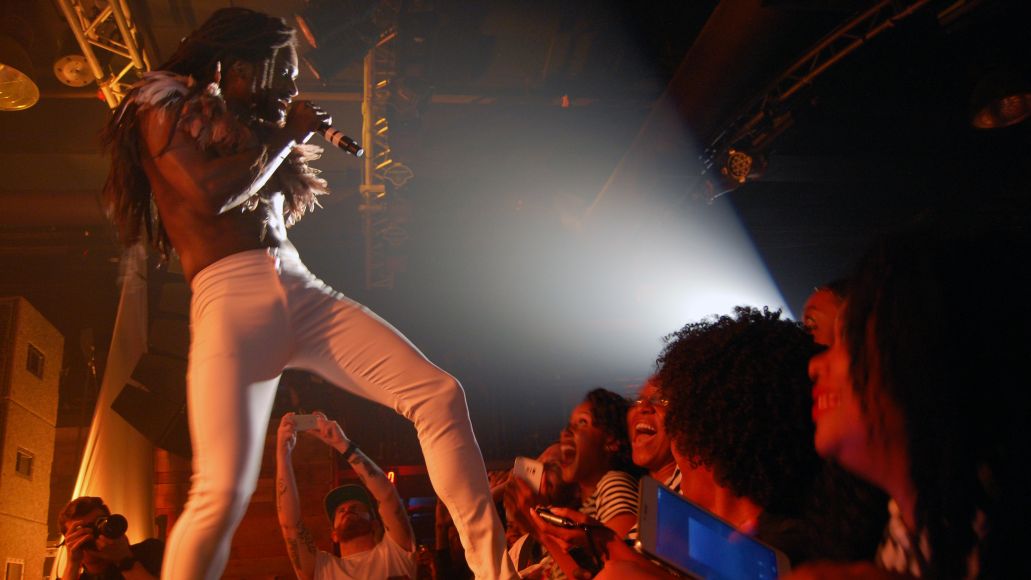 Some fared better than others – GianArthur led a successful stop-start funk interlude, while the duo St. Beauty unfortunately faded from memory with their mellow soul. Even though their track “Going Nowhere” is one of the understated highlights of Wondaland Presents: The Eephus, Alex Belle and Isis Valentino only received polite applause from the Chicago crowd. Deep Cotton brought a raucous, campy energy to the proceedings, peacocking and playing to the audience when they weren’t putting their all into their punkish fusion of rock ‘n’ roll, hip-hop, and funk.

And then there was Jidenna. The self-styled Classic Man has tapped into a significant part of Monáe’s own formula for success to great effect: the careful creation of a charismatic persona, tied to a singular and sophisticated aesthetic. Add a radio-friendly sound and you have the most successful artist (bar Monáe) that Wondaland has produced thus far.

After listening (repeatedly) to the “Fancy”-esque earworm “Classic Man,” it’s easy to believe you know Jidenna: a dandy decked out in a three-piece suit with immaculate facial hair and a taste for creature comforts. Live, however, Jidenna proved that he’s gunning to be more than an eccentric one-hit wonder with “Long Live the Chief” (which got a rousing singalong) and new non-EP track “Some Kind of Way”. The latter, an anthem to individuality and ignoring the haters, is particularly tailor-made for late summer radio. 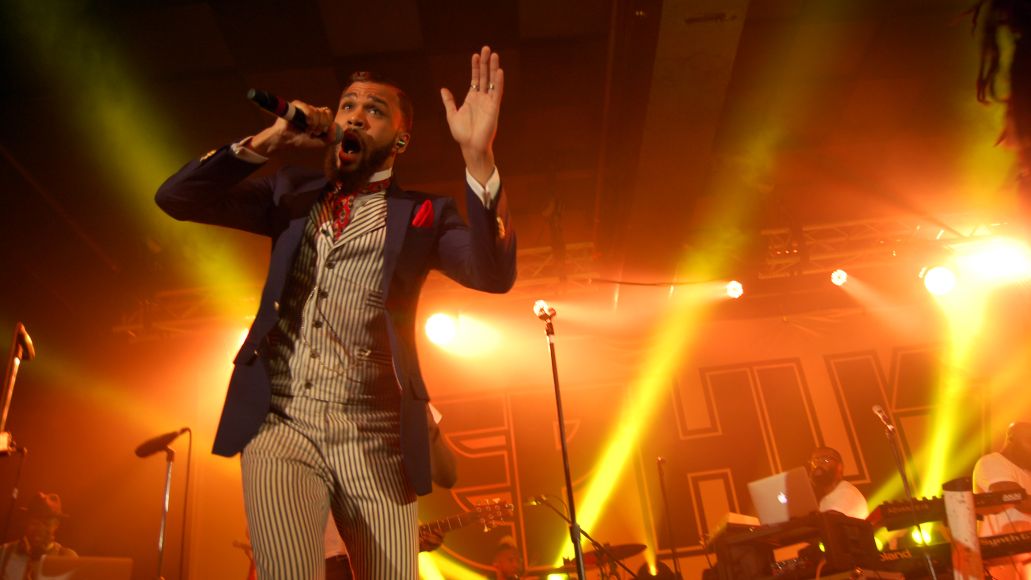 Before launching into “Long Live the Chief”, Jidenna paid tribute to a man who was shot outside the Howard Theatre in Washington, DC, where Wondaland played a few nights ago. “Tonight, this is Chi-town, not Chi-raq!” he told the audience, who roared in agreement. After the stunning closer “Classic Man”, all the artists of Wondaland reassembled onstage for their last word: “Hell You Talmbout”.

The conceit of Wondaland’s protest song is simple and powerful: a recitation of the names of men and women killed by police to rolling and thrumming drumbeats, followed by urgent exhortations to say their names. Monáe yelling Sandra Bland’s name took on a particular poignancy, as the artists had just led a rally alongside Bland’s mother at The Bean earlier that day, a ritual Wondaland is carrying out in each city they visit.

When Monáe spoke out on police brutality on the Today Show after a performance of “Hell You Talmbout,” she was cut off by host Savannah Guthrie. She made headlines for being silenced when addressing mainstream, white America, the segment of society that arguably most needs to listen. On the Eephus tour, however, to a crowd of simpatico fans, Wondaland were preaching to the choir. 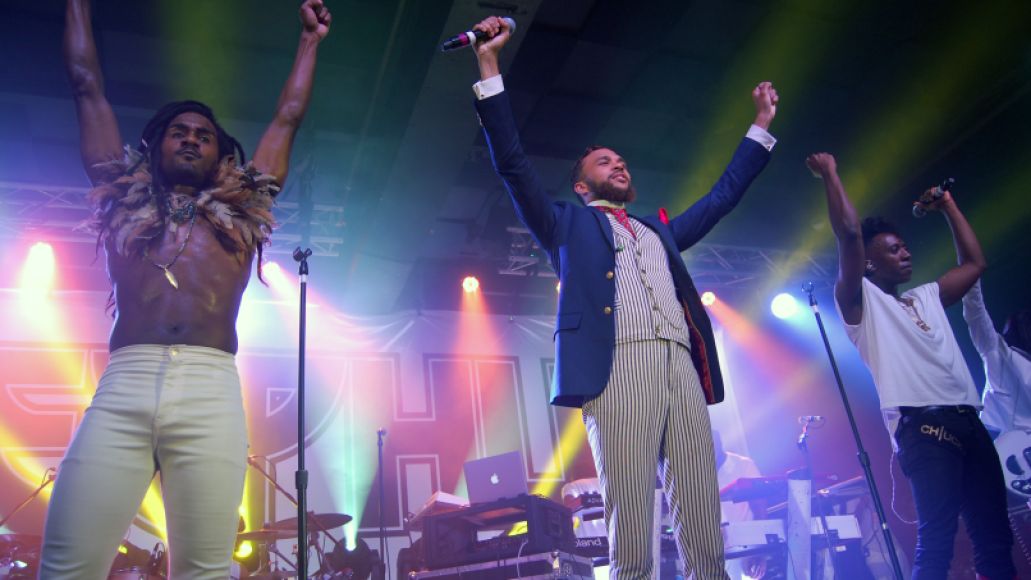 Nevertheless, “Hell You Talmbout” was a necessary affirmation of the importance of black lives, and a vocal reminder of the personhood of the victims of police brutality, so often reduced to a statistic. The Wondaland artists ended the show with a solemn dedication to their brothers and sisters gone too soon, but with both fists in the air: a symbol of undeniable victory.