Trey Anastasio originally announced his forthcoming solo album, Paper Wheels, late last year with a tentative early 2015 due date. It took a little longer than expected, but the Phish frontman will finally release the record on October 30th via Rubber Jungle/ATO Records.

Paper Wheels marks Anastasio’s first LP with the Trey Anastasio Band in three years. The iconic musician and TAB worked out the new material while on road  over the last few years, fine tuning it to the point where they only needed less than a week of recording time. “Taking a cue from the energetic immediacy of classic Stax Studio recording sessions,” a press release explains, “TAB worked fast and loose, playing together live in [Anastasio’s Vermont farmhouse-turned-rehearsal space/recording studio] The Barn and wrapping up tracks after one or two takes.”

Besides the regular audio formats, Paper Wheels will be released on splatter colored double-LP housed in a die cut gatefold package and featuring six unique sleeves. The deluxe edition is limited to just 4,000 copies, with pre-orders currently live at Anastasio’s website. Find the full tracklist and album art below, plus the previously released album track “Speak to Me”. 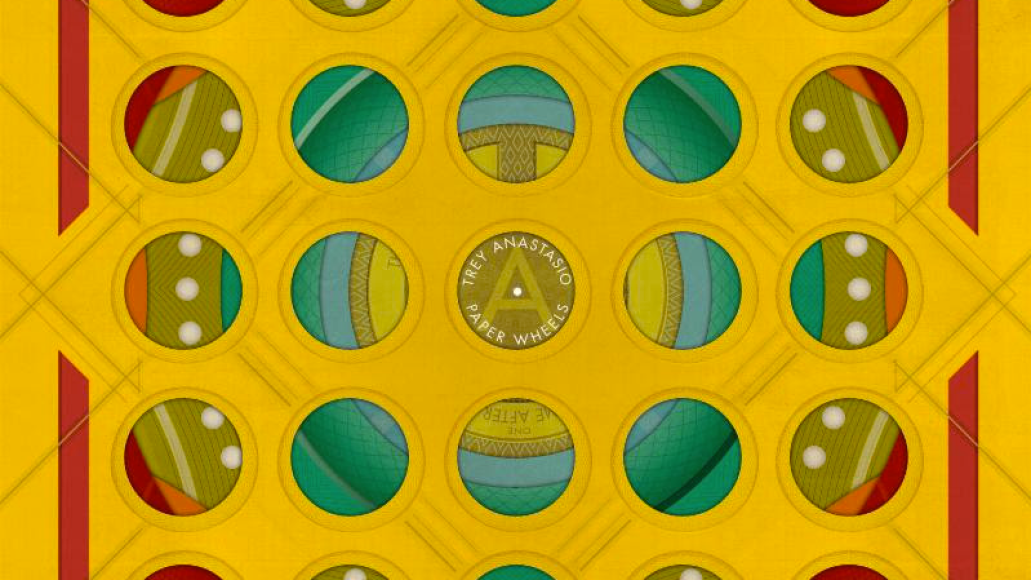 Anastasio and his band will support the new record with a string of fall tour dates. Find those ahead.