Since the advent of the earbud, listening to music has become a daily ritual for a huge portion of the population. But how many of us have been accused of ignoring someone when really you just had your headphones in? Or almost been hit by a car while out on a job because you didn’t hear it coming? The problem, of course, is that headphones block your ability to hear the outside world by default. StudioBananaThings believe they have a solution with their elegant bone conductive headphones, the BATBAND.

Now, to be sure, bone conductive sound technology isn’t exactly new. Companies have been vibrating the bones around your ear to send sound directly to your inner ear for a bit now, and hearing aids have long used similar tech. Most of these products, however, have been aimed at the low-quality, casual listener market — cyclists and those who can’t figure out how to play their MP3s through the car stereo. With the BATBAND, StudioBananaThing promises a sleek, high fidelity audio experience by actually surrounding your head in sound. And these are the guys who brought you that pillow that makes it look like you’re trying to contact Ork, so they know a thing or two about surrounding your head.

Most bone conductive headphones place transducers directly in front of your ears (some even go onto the cartilage). BATBAND instead places two above the ear, on the temple, and one on the occipital bone on the back of your head. As described in a prototype testing video, the resulting sound seems to emanate from inside your head outward, an experience once only reserved for crazy people.

BATBAND also stands out for its futuristic design and multi-function touch control system. There’s also a built-in microphone that allows you to make phone calls and hear the other person coming from right inside your brain. Which, okay, sounds kinda strange, but could be pretty cool in action.

Below, watch the pitch video, featuring perhaps the creepiest male model ever, and some images. Head to BATBAND’s Kickstarter to learn more or pre-order your own set. Nanu nanu. 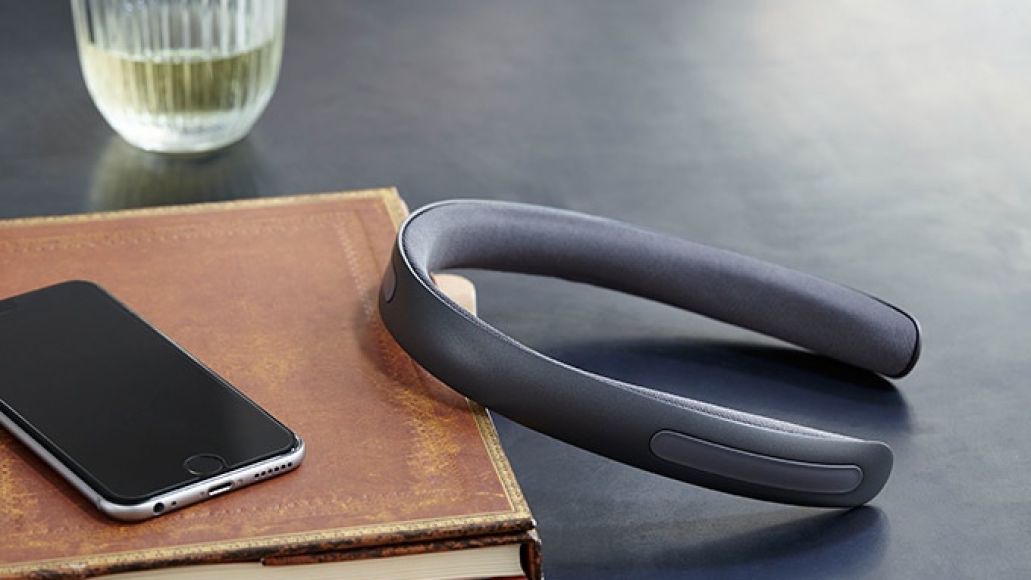 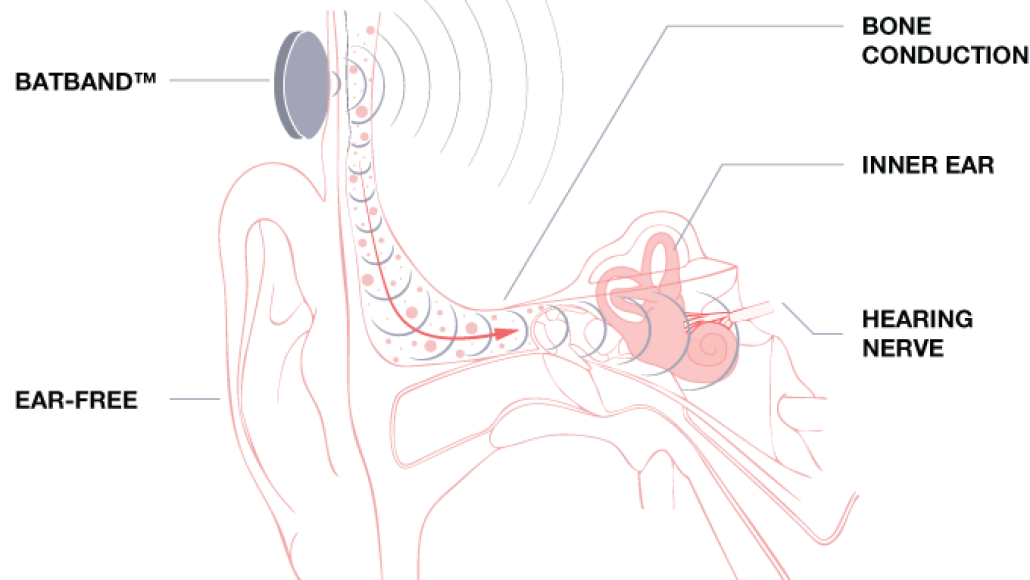 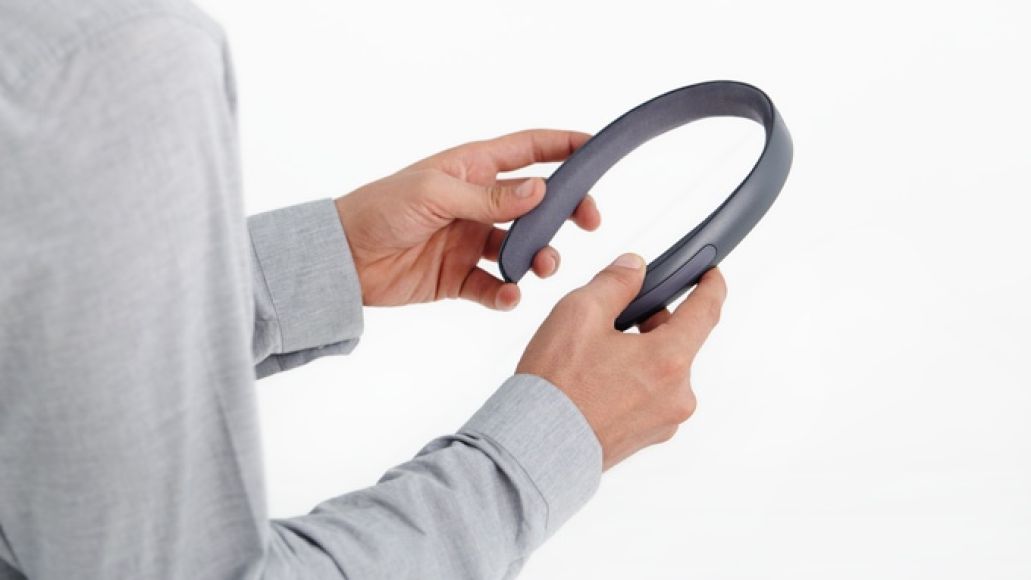