Nestled between the Potomac River and the Tidal Basin, the inaugural Landmark Music Festival boasted one of the most iconic locations in the United States: Washington D.C.’s National Mall. Steps away from the Lincoln Memorial and the Reflecting Pool (and with the Washington Monument viewable from many stages), it was hard to believe a major music festival was happening in the heart of the nation’s capital. With the goal of raising awareness and funds for restoring the National Mall, the festival brought The Strokes and Drake as its first headliners.

The weather, cool and cloudy for the vast majority of both days, seemed to threatened rain for the entire weekend, but thankfully only doused the crowd in a brief shower on Saturday night. While the downpour didn’t present a significant challenge for the grounds, C3 Presents did an admirable job at overall organization and fixing problems that came up on the first day, at least for a first-time festival. On Saturday, beer and bathroom lines were nightmarishly long; on Sunday, those queues were much more manageable. The grounds were medium-sized but manageable, although the northern part of the festival (Miller Lite, BMI, and Lincoln Stages) occasionally suffered from sound bleeding over when sets were going at the same time. 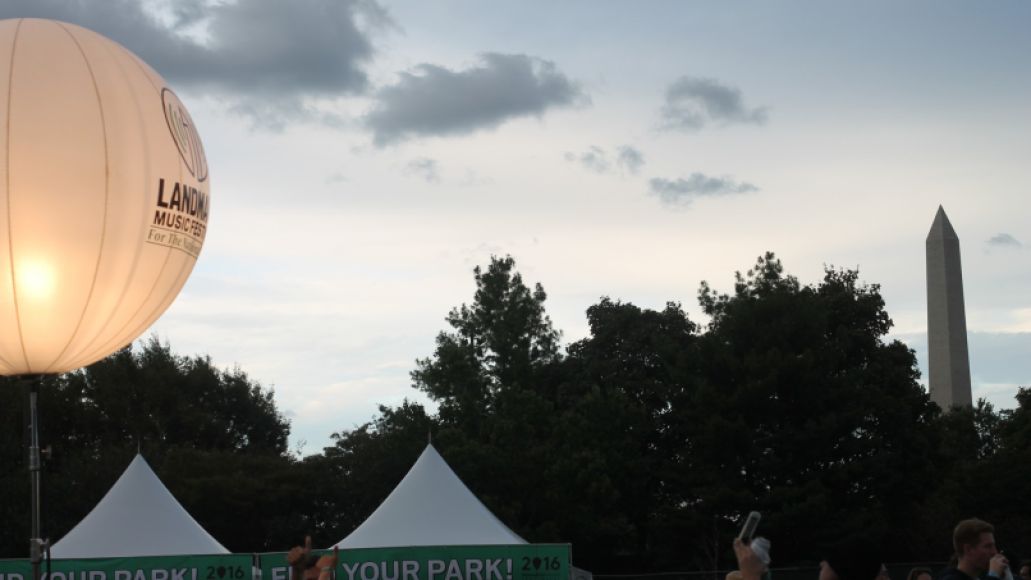 Another notable perk of the festival wristband was that you could exit and re-enter up to three times a day, an option often not available to fans who forfeit access to other festival grounds as soon as they leave. And a recycling program, entitled “Rock & Recycle”, urged action from the crowd by putting a plausible system into practice: They rewarded each recycling attendee with a full recycling bag and a free festival t-shirt. As a result, there were many people searching for empty cans and bottles on the ground in pursuit of their prize. The festival also offered an astounding set of options for food, including some of the most beloved local eateries like Ben’s Chili Bowl, Toki Underground (a ramen place), Pete’s New Haven Style Apizza, Curley’s Q BBQ.

Musically, the festival made an interesting decision regarding set times: At a minimum, the vast majority of artists performed for an entire hour. Overall, this was a successful decision as the smaller bands were able to showcase more of their music instead of getting boxed into a 20- or 30-minute set. And most of the lesser-known acts performed for closer to 50 minutes, giving fans buffer time to move from stage to stage and not miss any music. As far as sets go, audiences were treated to one of CHVRCHES’ first performances following the release of Every Open Eye, a career-spanning set by Drake filled with fireworks and pyrotechnics, and a fantastic homecoming for D.C. emcee Wale.

The smart money’s on Landmark returning as a staple music festival for the capital in the future.