“Take me to church, Chelsea Wolfe!” two overexcited goths screamed. If the Californian singer-songwriter heard them, she gave no indication. She and her band were too busy constructing said church on the stage of Thalia Hall, building a sonic cathedral where frenzied guitar and industrial noises swooped and clanged. It was a place of worship where you could bask in horrors like sleep paralysis and capitalistic exploitation, horrors Wolfe synthesized into heavy, moody neo-folk.

Before Wolfe began, Wovenhand took the stage. The alternative country band from Denver, Colorado, are Wolfe’s labelmates on Sargent House, and were last in Chicago to open for hometown post-rock favorites Russian Circles. Like Wolfe, Wovenhand play music characterized by density of meaning and a certain opaqueness when it comes to the musicians’ personal lives. Frontman David Eugene Edwards led his band through nearly an hour of songs culled mostly from their 2014 album Refractory Obdurate, which wrestles with themes of religion and redemption. 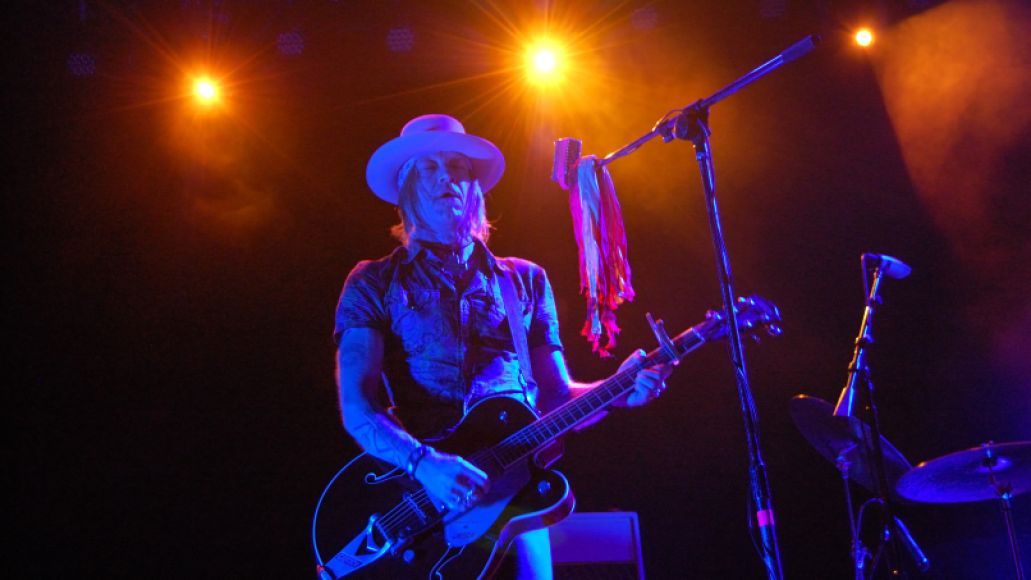 Wovenhand’s music deals with weighty subject matter, but watching them live, it didn’t seem like Edwards prioritizes making them hit through personal connection. Edwards is performative onstage: When he sang of breath, he raised his fingers to his mouth, trailing them away; he often simulated jerking his head back with a noose. But these weren’t the typical gestures of a rock star who doesn’t know what to do with their hands. They seemed more like rituals Edwards needed to do to tap into the spirit of his music, actions Edwards used to conjure up landscapes only he could see. It wasn’t necessary that the audience participate.

Wolfe was less aloof, graciously thanking the audience at intervals throughout the night. She was particularly apologetic when technical errors arose two songs into her set, unfortunately harking back to her spotty opening set for Queens of the Stone Age last spring. “I lost power in this part of the world,” she said, gesturing to her pedal board. It was a particularly poetic way of describing the failure of technology, but if you’ve looked at any of Wolfe’s lyrics, particularly on her latest release, Abyss, her eloquence isn’t surprising. 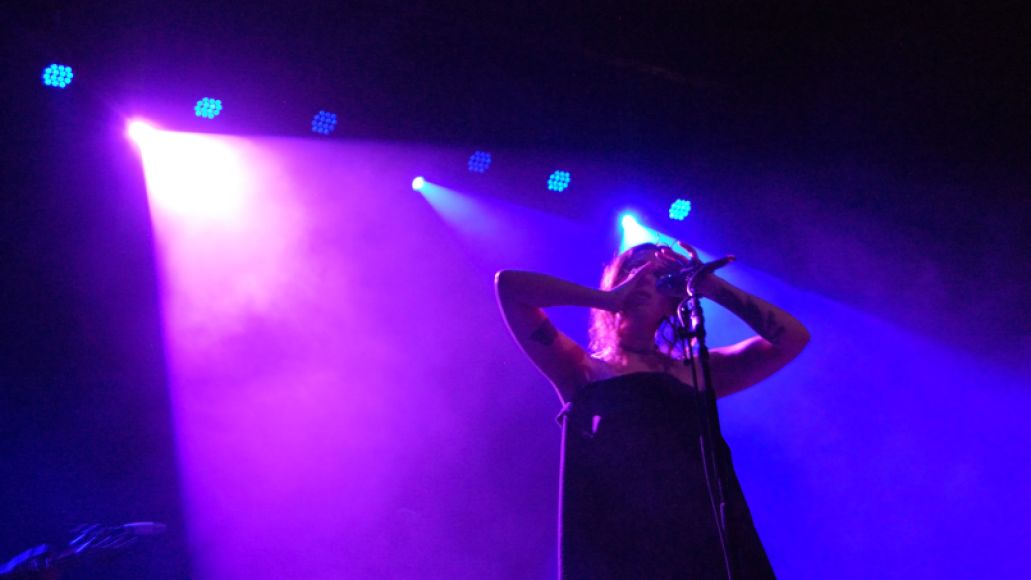 Wolfe has spoken about how on this album, she deliberately aimed for sounds that would translate live. Although Ezra Buchla’s viola parts and the atmospheric industrial scrapes came from backing tracks, Wolfe had no difficulty bringing the dark, hellish world of Abyss to life. The dramatic lighting punctuated the pounding percussion of songs like “Carrion Flowers” and cast her face in shadow. When she wasn’t playing guitar, she swayed and danced around her mic, holding the train of her black dress/toga, occasionally clutching her head, her hair falling over her eyes. On Abyss, Wolfe’s vocals lie low in the mix, and live, the punishing, distorted guitar and bass by Ben Chisholm and Aurielle Zeitler often threatened to overwhelm her voice. On quieter songs like “Simple Death,” Wolfe’s voice came through, laden with tenderness and fragility that imbued the song’s affecting lines “Our rotting bodies so deeply in love/ Empty within, empty without.”

Wolfe ended her set with “Pale on Pale” from her 2011 record Apokalypsis, where she invited Russian Circles guitarist (and Abyss collaborator) Mike Sullivan onstage to take over guitar duties, concluding a night where Wolfe’s ability to coax beauty from terror was on full display. That’s not always what’s expected of her: The desire for “confessional” female singer-songwriters has turned questions about Wolfe’s personal life into a recurring feature in interviews. Last night proved that Wolfe is less interested in her own emotions and more in what feelings she can produce in her listeners.