Before Chris Cornell sang a note, or even spoke a word, he got a standing ovation. The Soundgarden frontman glided across the front of the stage, shaking hands and giving high fives. Seven acoustic guitars were lined up behind him in front of a mural featuring an anatomically correct heart, which glowed under certain light. He’s far from the shirtless visage on the Screaming Life/Fopp album cover, looking much more tame in a gray sweater and jeans. Yet, the atmosphere felt like what might be expected for an arena performance, not a low-key acoustic set. The crowd’s screams were unquenchable.

Everything about the night was quintessential Seattle, bordering on stereotype. Despite being held at Benaroya Hall, home of the Seattle Symphony, most audience members were dressed in flannel and hoodies. During Philadelphia songwriter Hemming’s opening set, the crowd even started a Seahawks call-and-response chant that boomed vociferously with the concert hall’s acoustics. Hemming laughed it off, saying “Sports!” when the crowd finished. Seattleites are sentimental. We hold on tightly to our hometown success stories. This puts Cornell on the level of some sort of living Emerald City deity. He doesn’t even need to strike a Jesus Christ pose! (Sorry). 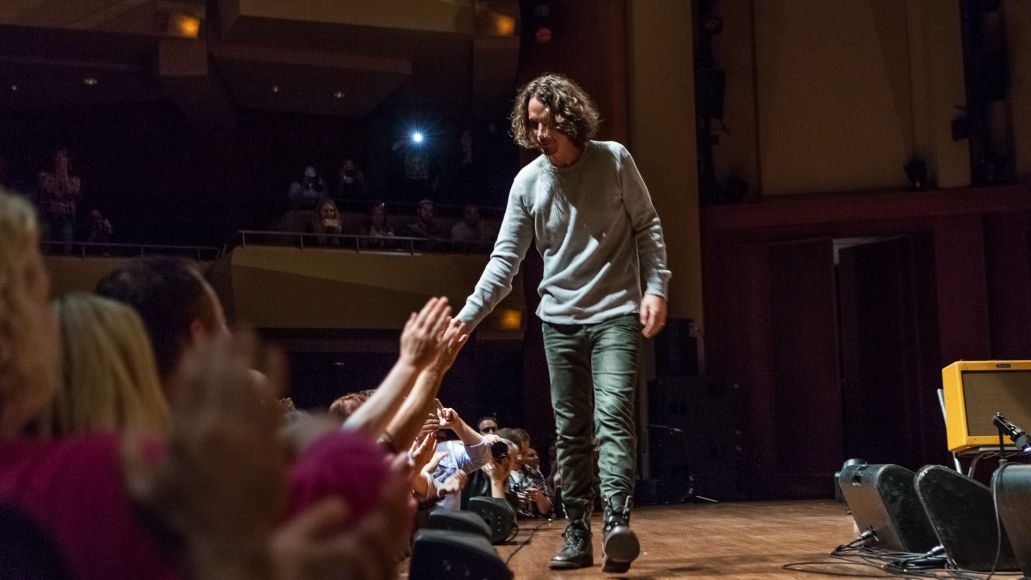 The excitement of Cornell’s homecoming felt mutual. He seemed to revel in the crowd’s enthusiastic energy. Before he played opener “Before We Disappear”, from his new album, Higher Truth, he addressed the crowd and said, “You guys be as loud as you want.” His raspy and piercing voice filled the room, seemingly not having aged since he debuted on the scene with Soundgarden’s Ultramega OK.

It quickly becomes clear that these weren’t just Soundgarden and Audioslave fans wanting to hear “Black Hole Sun” stripped down (although the crowd erupted when he played the hits). Throughout the set, people shouted out deep cuts from Cornell’s four solo albums, with a special inclination toward his first record, Euphoria Mourning. Cornell obliged and then some, playing 30 songs over the course of nearly three hours. What’s even more remarkable is how rapt everyone stayed throughout the performance, calling out song titles till the very end. Early on, Cornell reminisced about how when he first started performing, Seattle was a tough crowd that “didn’t lay down for audiences.” Now, he doesn’t have that problem at all. 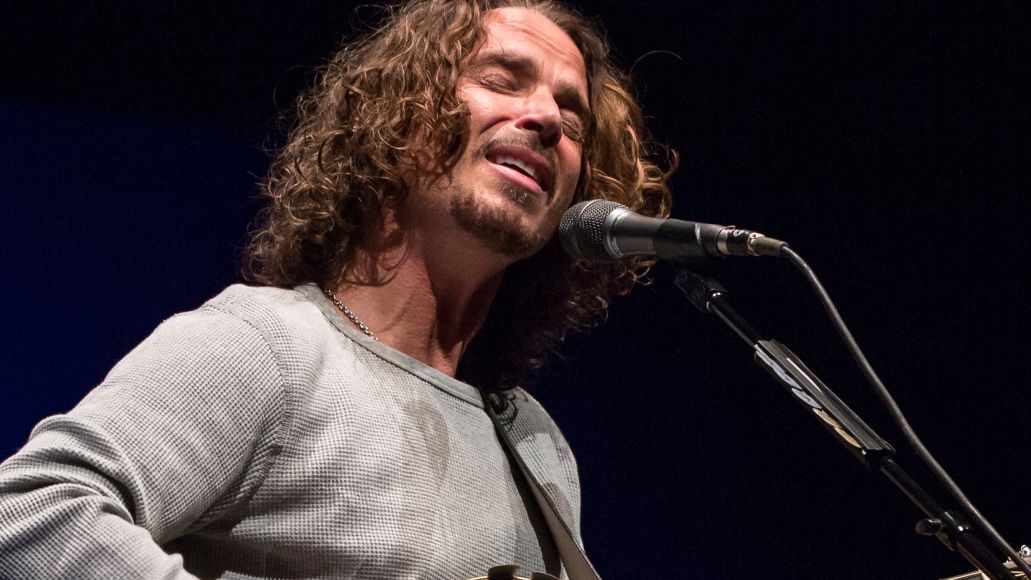 For the most part, he performed alone. He brought in multi-instrumentalist Brian Gibson for a few select songs to perform cello and mandolin when appropriate. But the appeal of the night was hearing Cornell in his purest form, taking away the shroud of fiery, electric guitars that he typically performs with. Before playing “Fell on Black Days”, Cornell joked about there being three guys in the building who knew how to play the song, then afterward revealed that the other Soundgarden members are in attendance. Kim Thayil, Matt Cameron, and Ben Shepherd never approached the stage, but their mere presence sent everyone into a frenzy.

Cornell did, however, bring in one famous friend: Pearl Jam’s Mike McCready. He stayed on stage for two songs, Mad Season’s “River of Deceit” and Temple of the Dog’s “Hunger Strike”. When Cornell went for the famous high note on the chorus, the room felt sacred and still. Both songs with McCready served as a beautiful homage to the early days of grunge and the spirit of collaboration that made the old Seattle scene so enthralling. 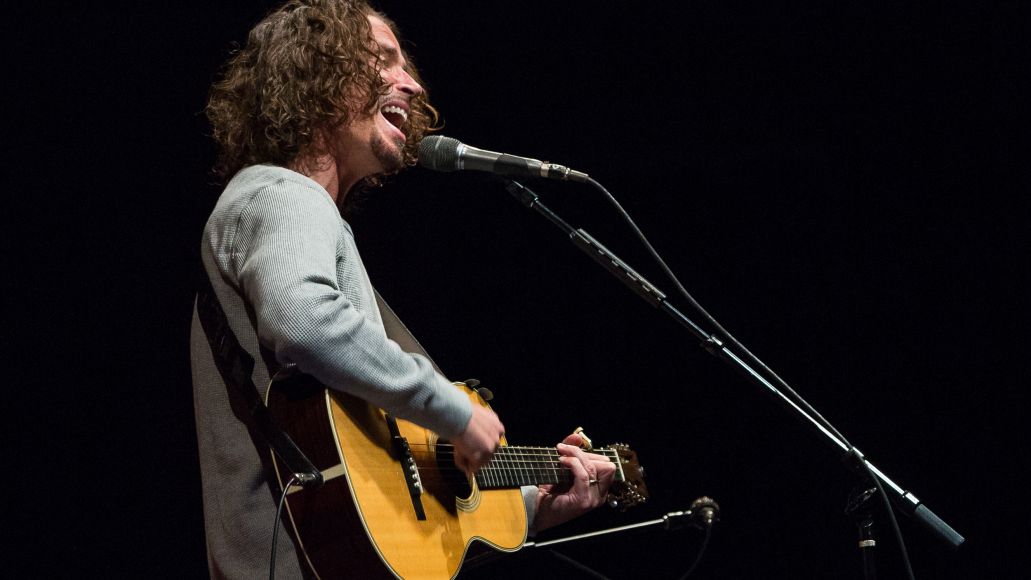 There was one other bit of unexpected accompaniment. Before performing “When I’m Down”, Cornell talked about how the last time he performed the piece in this space was with pianist Natasha Shneider, who passed away in 2008 from cancer. He was deliberate in pointing out how important her arrangement was to him, as a musician and as a friend.

“I don’t want to play [the song] to anything else, so I pressed her performance to vinyl,” he said, turning his chipper tone toward reverence. He walked to the side of his stage setup and dropped the needle, sending her beautiful and vibrant piano chords ringing throughout the building. Gibson accompanied again on cello while Cornell for the first and only time all evening performed without an instrument.

The moment spoke to a larger theme within Cornell’s set: giving thanks to those who’ve helped and inspired him along the way. There were plenty of covers of Bob Dylan and Led Zeppelin, songs written for his wife (“Josephine”), and even a chance to bring his daughter onstage. For a songwriter who’s fronted some of the most successful alternative rock bands of the past two decades, Cornell has a lot to be thankful for. Seattle was eager to show their respect as well. As he looped his guitar and went into a spiral of distortion and wailing vocals with closer “Higher Truth”, it felt like a montage of the mayhem that got him here and the insanity he’ll surely delve in again with his band. The hometown hero hasn’t forgotten his history, and it feels good to hear him fully embrace his roots. 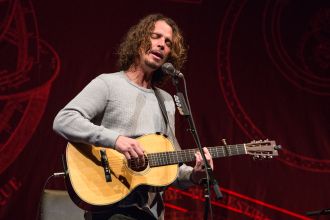 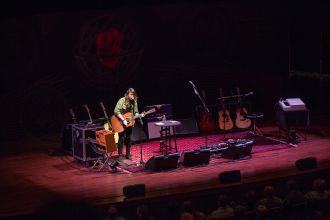 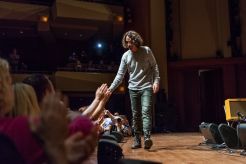 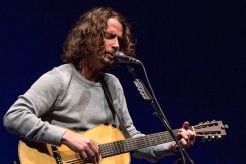 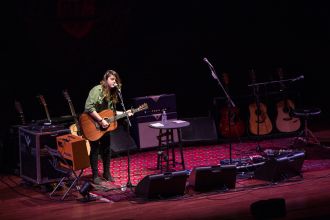 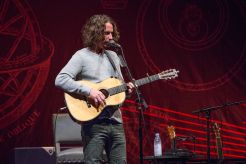 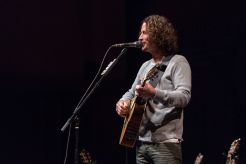