For the last 19 years since Destroyer released its debut album We’ll Build Them a Golden Bridge, little has remained consistent about the project except that it remains the chief creative outlet for one of music’s most curious figures, Dan Bejar. Over that time, guitars gave way to synthesizers only to return again, with the band’s most recent albums being driven again by keys and, of course, saxophones and trumpets. Sometimes Bejar relies on traditional pop structure; other times he unleashes sprawling blankets of wordplay and invocations, but always there is a direct connection between the songwriting and an innate sense of melody. While Bejar’s influences may be vast, they are all, at their heart, songwriters.

Live, Destroyer has also remained fluid. In 2015, Destroyer is an eight-piece band built to represent Bejar’s most recent recordings, including this year’s Poison Season and 2011’s Kaputt, to the closest approximation possible. Though the band around him has grown, Bejar as a performer has long been disinclined to leave his shell. A first-time observer at Sunday night’s nearly sold-out set at downtown LA’s Regent Theater might focus on the fact that he kneels down on the stage during any musical interlude, that his eyes mostly remain shut or focused on the ground, that he is more comfortable facing away from the stage than he is looking at his audience.

For those that have seen Destroyer play over the years, it’s impressive just how much better Bejar has gotten. Though it’s rare, he now will open his eyes to lock them with the audience’s, though the result is a little like catching a deer in headlights. Bejar used to require lyric sheets while on stage, but those have now been gone for a few tours. And for a couple moments during the band’s captivating 75-minute set, Bejar even got into it, grabbing a tambourine during “Hell Is an Open Door” and a maraca for the main-set closing “Dream Lover”, joining in in his band’s jam session rather than bopping around on the stage floor. 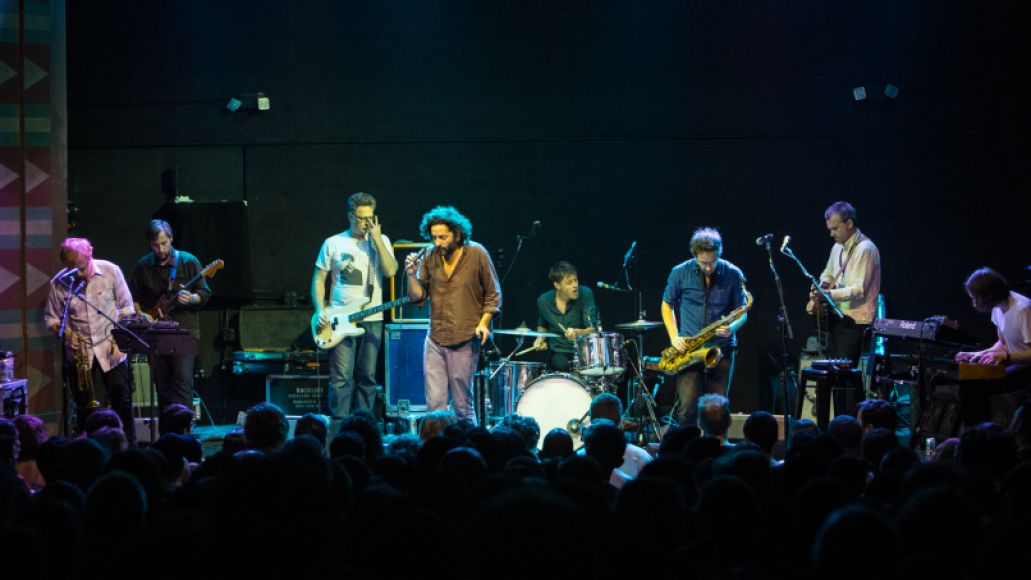 While much of the set was drawn from Poison Season, proving its worth beside some older favorites, it was most interesting to hear how material from earlier Destroyer periods fit in with the new setup. “European Oils” made complete sense, as the last couple Destroyer albums can trace their linage directly back to that track, but even better was the Trouble in Dreams deep cut “Libby’s First Sunrise” with an expanded arrangement to fit into the current setlist.

But it was the night’s closing track, “Rubies”, that transcended all else. Using a saxophone to tease the song’s melody, the band omitted both intro and coda, instead focusing on the meaty middle. The audience witnessed Bejar lose his stoicism and get fully immersed, screeching harmonies and setting the table for his band’s kinetic closing jam. The song went beyond recreating intricate arrangements and jamming on them, but actually gave a deserving classic song a makeover that made it feel new, fresh, and as vital as ever. In years past, it would have been hard to imagine Destroyer accomplishing this live. And for Bejar, hopefully it made the awkwardness of kneeling on a stage and squinting his way through a set feel like it was worth the effort. 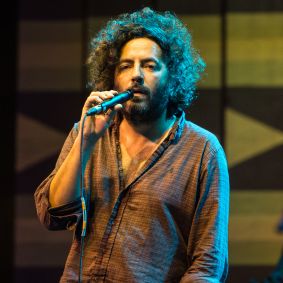