The Lexington brings a piece of America to this corner of North London. You can drink Brooklyn lager, Blue Moon, Goose Island, or sample one of 40 American whiskies in the worn plushness of the downstairs lounge bar while admiring the elderly jukebox. On Monday night, the modestly-sized 200-capacity gig room upstairs played host to another tasty American export in the shape of Lady Lamb. Even before support act Lazy Day opened, the intimate venue was filling rapidly. With the only seating facing the bar rather than the stage, soon the sell-out crowd gave a new meaning to a case of standing room only.

Described as the solo bedroom project of Tilly Scantlebury, Lazy Day stepped out of the boudoir into the shabby yet comfortable chic of The Lexington with its red flock wallpaper, drapes, and three odd lampshades hanging over the bar to add to the expectant ambience. A side effect of the main act choosing such a cozy venue for her debut in the city was that singer-guitarist Scantlebury and her guitar/bass/drums backing band had a ready-made and appreciative audience. With a smokily expressive vocal leading the way, Lazy Day impressed with the hypnotic closing sequence of “Oldest Day” and the refrain “Every time you make me feel so good” from a dreamy “With My Mind” quickly gluing these songs onto the hear-again notepad. 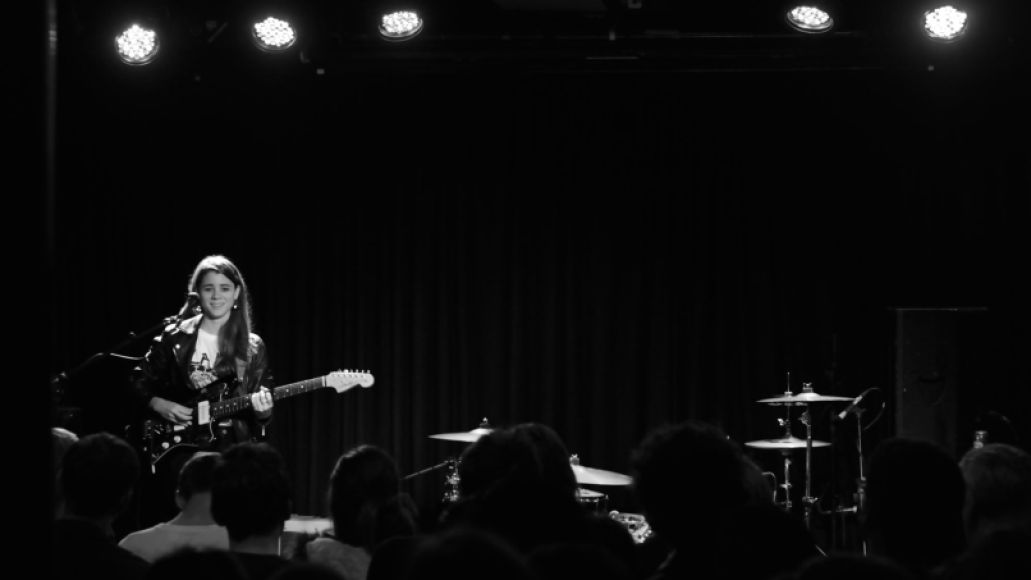 By the time Aly Spaltro, aka Lady Lamb, took the stage, there was no room to swing a cat, let alone sheep. Joined by London friends Alex Betancourt on bass and Amos Memon on drums, Spaltro kicked off with “You Are The Apple” from her debut studio album, Ripely Pine. It was a brave and assertive choice, playing out like a mini-symphony and often graphic in its imagery: “I still need your teeth around my organs.” Following it with arguably her most mainstream song, “Billions Of Eyes”, from her latest After, showed off Spaltro’s adroit guitar work enveloped by a tight rhythm section. As the set progressed, you were struck by how well the trio could replicate the sound on record, yet elevate it with a live kick and layer it with the icing of the Lady’s formidable lung power and characteristic cracked nuances.

The impression quickly solidified that here is an artist who has worked hard at her craft, improved it through live performance, and reached a point where she is ready to meet the world full on. There is an assurance about both her singing and guitar work that is hard-earned and well deserved. Reflecting on when I first came across Lady Lamb (back in 2011 during her Beekeeper days), it’s a privilege to see an artist blossom so much. Her rock chick outfit of black leather biker jacket, white tee, and dark jeans may be de rigueur but she wears it equally well. 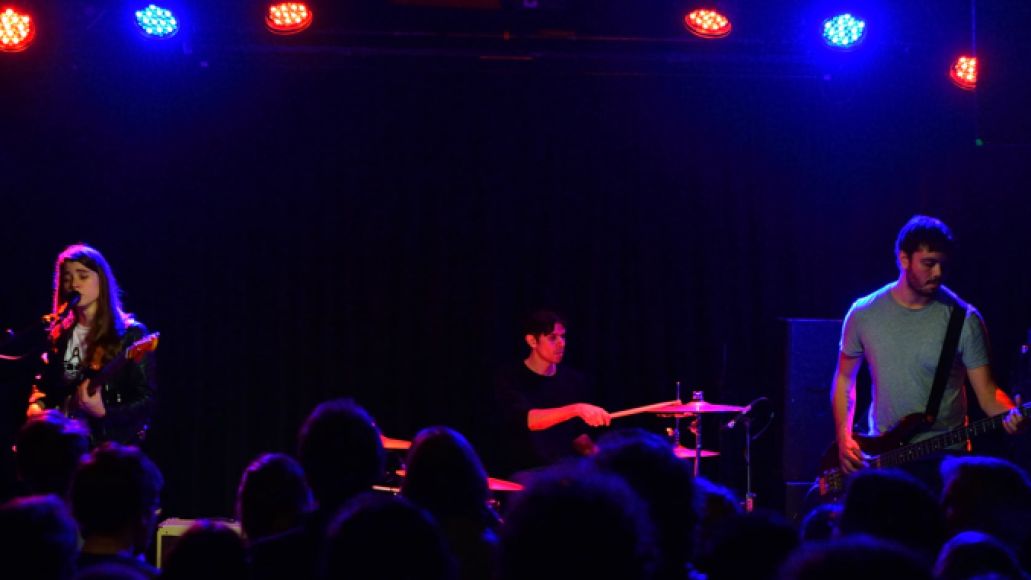 Tonight’s repertoire ran a gamut of emotions from joy to sadness, wonder to desire, courage to regret, contentment to depressing; all conveyed with the freshness and flourish of youth. The timely solo break in the set that takes in “Sunday Shoes” and “The Nothing Part II” gave Spaltro scope to play with the intimacy of the venue. The former song is especially poignant as, while it is a fictional imagining of death in the family, it plays out as something real and tangible. The contrast in styles was telling as her bandmates returned for a blistering working of “Bird Balloons” replete with that frantically fast guitar finale played out by the Lady perched on a conveniently adjacent small dais.

The quality of songwriting and performance did not let up as the set reached its crescendo with “Penny Licks”, a song from Lady Lamb’s early demos that reappears on After. As with many of her songs, she plays with tempos slowing down short passages to great effect and here created something of an opus out of a simple verse and chorus. Closing with a gorgeous solo version of “Ten”, a song full of reminisces of growing up, had the crowd, quiet during songs and enthusiastic after every one, hanging on every word. Not one for meaningless stage banter, Lady Lamb confessed to homesickness and missing her cat, and we saw the vulnerable side of this assured and capable artist. The song itself felt like a fitting end with no need for an encore. Yet we got one as, caught off guard as she returned to the stage to pick up something before heading to the merch table, Spaltro delivered a spur-of-the-moment solo version of “Taxidermist, Taxidermist” to a grateful audience who left stiff from standing but hardly stuffed.