From self-published e-book to New York Times bestseller to blockbuster film, the story of The Martian’s publication is almost as intriguing as its plot … but not quite. Andy Weir’s tale of astronaut Mark Watney, left for dead on Mars and forced to figure out a way to survive and let the world know he’s alive, is a refreshing blend of action, humor, and good, old-fashioned science.

From the immediate needs of making a few months’ supply of food and water last four years to the more extreme innovations required to contact Earth with no working communications, The Martian’s popularity is in large part due to the realistic, brilliant ways in which Watney keeps his hopes of rescue alive. 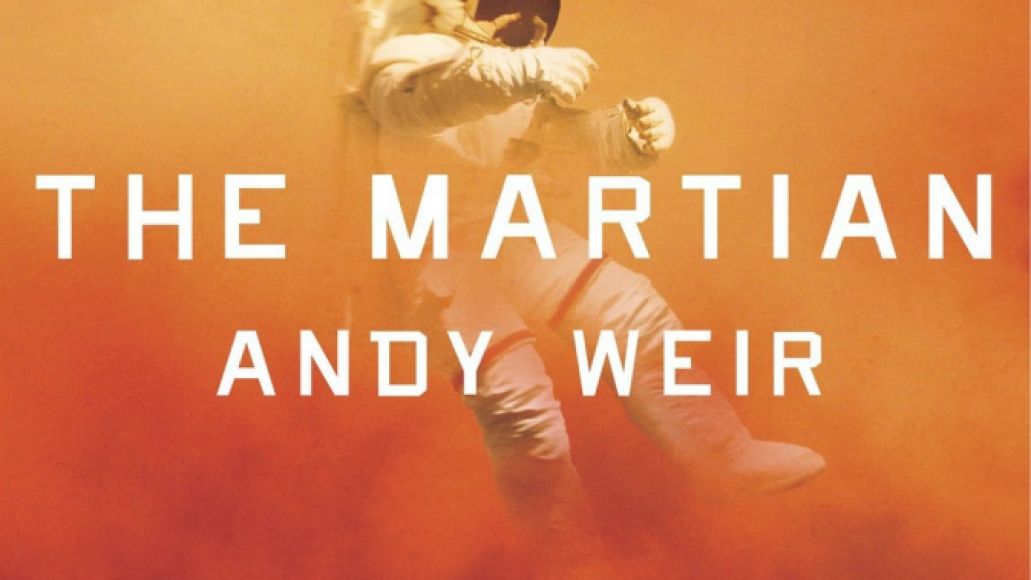 The son of a particle physicist, Weir wrote his novel with a background in computer science and has spoken often of the immense research he dedicated to subjects like orbital mechanics and astronomy. In celebration of The Martian’s debut as a major motion picture, we decided to run the details of the story by a definitive source: John B. Charles, the Associate Manager for International Science of NASA’s Human Research Program.

Charles is a Fellow of the Aerospace Medical Association and a Full Member of the International Academy of Astronautics. In addition, he is the co-developer of the Shuttle-era fluid-loading countermeasure and investigated the cardiovascular effects of space flight. He also coordinated all of the NASA-sponsored biomedical, biological, and microgravity science investigations as Mission Scientist for American astronaut missions on Mir, on STS-95, John Glenn’s Shuttle flight, and on STS-107, Columbia’s last mission in January 2003.

Writing by e-mail from his office at NASA’s Johnson Space Center in Houston, Texas, Charles graciously gave us his take on a number of The Martian’s most compelling plot points.

[Warning: If you haven’t read or seen The Martian, some plot points are revealed below.] 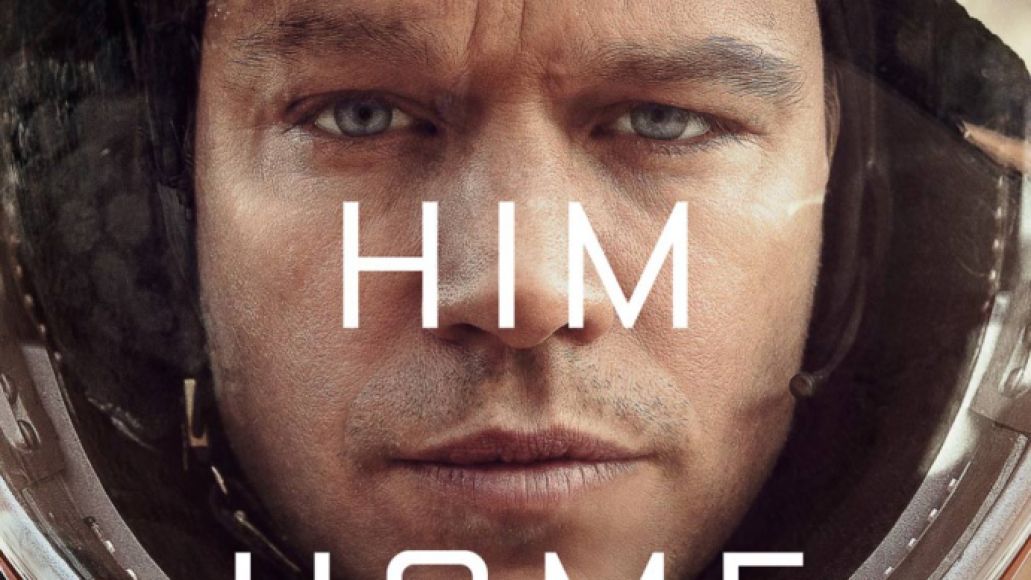 One of the more humorous elements of The Martian concerns Mark Watney’s entertainment options while he’s stuck on Mars. He has USB sticks from two crew members: one with every season of Three’s Company and one with a lot of disco music. When NASA sends people to space, especially for prolonged periods of time, do they get to bring memory sticks with bits of their favorite music and TV shows? Before USB sticks, was there a more primitive counterpart?

Such diversions are an important part of the psychological support of ISS crew members. I don’t know how it is done these days, but I wouldn’t be surprised if memory sticks are common. Entertainment has used the current technology available throughout spaceflight history.

The Russians used to pipe music up to their cosmonauts (imagine trying to decipher the tune through 1960’s tinny comm systems) and insisted that the cosmonauts also enjoyed playing chess with mission control. NASA’s 14-day Gemini 7 astronauts in 1965 brought one paperback each to read and never got very far into them. One of the choices was Roughing It by Mark Twain. Apollo 13 illustrated how the early Apollo missions brought along a little reel-to-reel tape recorder with music tapes that could be re-recorded with mission data if needed.

Also, If Watney was so unhappy with Lewis’ entertainment selections, why didn’t he just play his own? Everybody on the crew — including him — brought their own sticks. [Ed note: In a reddit AMA, Andy Weir admitted that he “cheated” a little because he “wanted a funny running joke about disco.”]

The character Mark Watney is both a botanist and a mechanical engineer, and there is mention made that all members of the crew sent to Mars are dual-talented. As NASA continues to probe the feasibility of a manned mission to Mars, is having a crew where each person is an expert in multiple disciplines a necessary factor?

It is already thus. Astronauts are surprisingly diverse and well-rounded individuals, more so now with the last few group selections than ever before. I like to tell my public-speaking audiences that NASA only selects people who are test pilot/neurosurgeon/concert pianists or equivalent. If they aren’t multi-discipline experts when they are selected as astronauts (and, if not, why would they be selected?), then they are by the time they fly.

You said you recently had a chance to see The Martian, along with your co-workers. What was the general impression? Does it rank as one of the more accurate “space” movies to come out of Hollywood?

The Martian was the best space movie I have seen in a long time, which means it is the least cringe-inducing. Hollywood always says they need to make the topic accessible to the vast movie-going public, which demands straying from actual reality more than I would like, but I maintain that if spaceflight is not intrinsically dramatic enough to hold your interest, then maybe the problem is not in the content but in the audience. My experience with the audience is captured by Jim Oberg in his review.

While a lot of the focus is understandably directed at the person stuck on a planet 140 million miles from Earth, the NASA ground control staff plays a pivotal role in the events of The Martian as well. What’s the chain of command like as far as making the kinds of decisions asked of the ground control staff in the book? Who has the final word on the ultimate hard choices?

The movie compressed an awful lot of people into a few central characters [as I mentioned above]. Generally speaking, the flight director (Sean Bean’s character) is responsible for the tactical planning and execution of the mission, and the crew commander (Lewis, in the movie) is responsible for the real-time, boots-on-the-ground execution in flight. Obviously, the manager of the vehicle program has a lot of clout, and the hierarchy in the astronaut office exerts their influence through their supervisory leverage on the crew members. [The chain of command involves] people like field center (like Johnson Space Center, Kennedy Space Center, etc.), Directors (absent in the movie), and the NASA Administrator (Jeff Daniels’ character, called the “NASA Director,” apparently to conflate the real-world roles of “NASA Administrator” and “Center Director” — see previous lament). Theoretically, the Flight Director has ultimate responsibility, and they will tell you that is a fact, but they get lots of friendly advice.

Andy Weir employs a narrative technique of having Mark Watney keep a running log of his activities while he’s stuck on Mars. Do astronauts keep “captain’s logs” when they’re on missions?

Everything is reported down to Mission Control, both electronically and in daily planning and debriefing sessions, so I don’t think there is a single Captain’s Log. But the astronauts often keep personal diaries, and we have a funded investigator who is allowed to go through those diaries (only with the astronauts’ permission) to extract and sanitize meaningful information on psych issues. [In the film,] I think Watney started the video log when he was abandoned, to let future generations know about his struggles. I don’t think he was doing it before then.

In a reddit AMA with Andy Weir, a user pointed out that due to the low atmospheric pressures on Mars, even a superstorm-strength wind would feel “like a breeze,” negating the accuracy of the incident that sets in motion Watney being stranded on Mars. If a wind storm isn’t actually a factor to be greatly feared, what elements of Mars do provide the biggest risks when astronauts finally get there?

He said he needed an initiating event and knowingly stretched the truth, but the rest of the movie was as accurate as possible. I followed up my “gotcha” question with kudos for his orbital mechanics, which is far more likely to be treated badly in movies — as demonstrated in the dramatic scene at the end of the movie. Also, the dust on Mars is not granular like the sand or gravel that pelted Watney, but more fine, like smoke particles.

The real-world problems are medical care when inevitable accidents happen, psych support (remember Marooned?) in a group of people who are simultaneously more isolated than anyone else ever in history and more connected, with a 10-20-minute delay due to the speed of light, life support (the ISS life support systems need regular replacements and repairs). 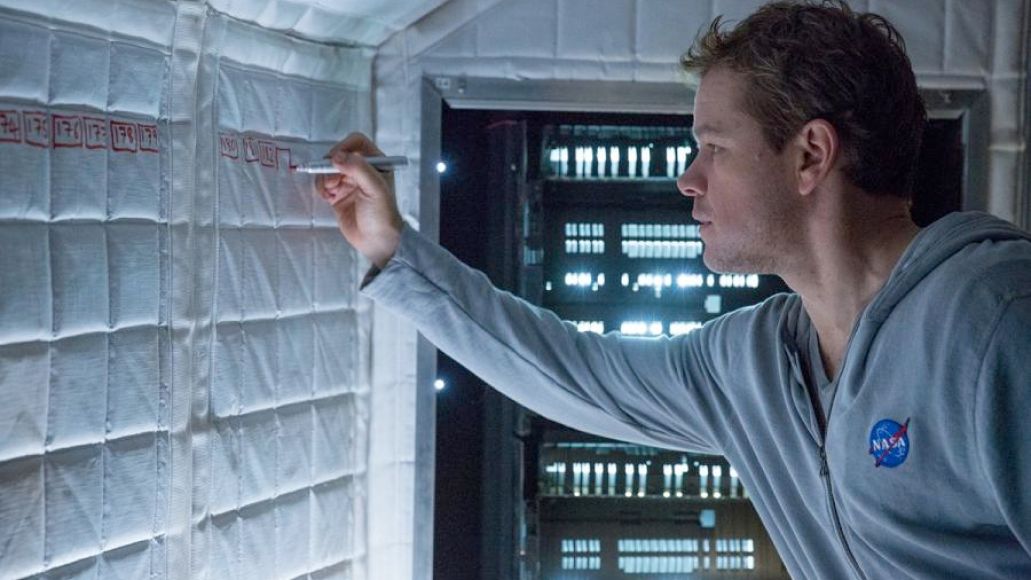 Of the many ingenuous tactics Watney employs in his stay on Mars, his idea to recover the Pathfinder lander and the Sojourner rover and retrofit them to communicate with Earth stand out as particularly crafty. It harkens back to the makeshift fixes utilized by the Apollo 13 crew too. Are innovation and resourcefulness vital character traits for anyone embarking on a NASA mission?

Yes … dude, are you pulling my leg?

What would NASA likely do if they learned an astronaut was stranded on Mars? Did they have “rescue” plans in place for the Apollo missions that reached the moon?

As to what NASA would do if they learned an astronaut was stranded on Mars — ask me in 30 years. It will depend on how and why the astronaut was stranded, the design of the mission, advances in technology, and even the mood of society at that time. The rescue options for Apollo were very limited. The ascent stage engine had to function well enough to get the ascent stage and the astronauts into lunar orbit — according to Michael Collins on Apollo 11 — any lunar orbit — so the orbiting command/service module could maneuver to retrieve them.

There was an extremely preliminary early concept that would see the stranded astronauts disassembling their lunar module and making a small open rocket-chariot that could get them into lunar orbit, for rescue as before, but that idea was never pursued, probably because it assumed only an unlikely failure that left the LM unusable but all of its components salvageable, and assumed that the astronauts didn’t break anything important while disassembling it, with all the wrong tools, in the lunar dust, in just the few hours remaining in their nearly exhausted life support systems. Astronauts like to refer to such plans as “something to do while you are waiting to die.”

NASA’s Dr. Ellen Stofan has stated that you hope to send humans to Mars by 2035. Will you make The Martian mandatory viewing/reading for crew members before they launch?

By 2035, I hope we have even better space movies, perhaps even shot in actual outer space, to inspire and motivate our intrepid martian.

The Martian opens in theaters nationwide on Friday, Oct. 2nd.