Truth to be told, there isn’t a day that goes by where I don’t hear a Phil Collins song. Whether I’m storming off the train to “Mama” off Genesis’ self-titled album, pining for my lazy days in Miami with “Take Me Home”, or sulking in my office with a bottle of Jameson as “I Don’t Care Anymore” ricochets off my vinyl player … look, sometimes we just need things in our lives.

It would appear that the singer-songwriter himself understands these needs, which might explain why he’s reissuing his landmark albums. (Well, that and the heaps of money to come.) Yes, as part of his new “Take A Look At Me Now” campaign, Collins plans to revisit each one of his solo works by releasing specially curated extended and remastered editions.

First up is his debut album, 1981’s Face Value, and his fifth studio release, 1993’s Both Sides, both due out November 6th. The former is a must-have for any record collection, while the latter is interesting in that Collins did it all himself, meaning no outside collaborators or songwriters. And you wonder why Yeezy and Action Bronson adore the guy.

Both deluxe releases will come with hand-selected demos and b-sides, which will examine how Collins’ work has evolved over time through the early stages to the studio and later on stage. Per a press release, “By contrasting the original studio versions of the material with later performances, the series demonstrates how Collins’ songs take on a life of their own once they’re freed from the confines of the studio.”

“I’ve always been quite proud of my demos and have often made them available as b-sides, but with a few exceptions, I have avoided including those on these collections,” says Collins. “Instead, I’ve focused on how nicely the songs developed when played on stage, rather than showing how they originated.” 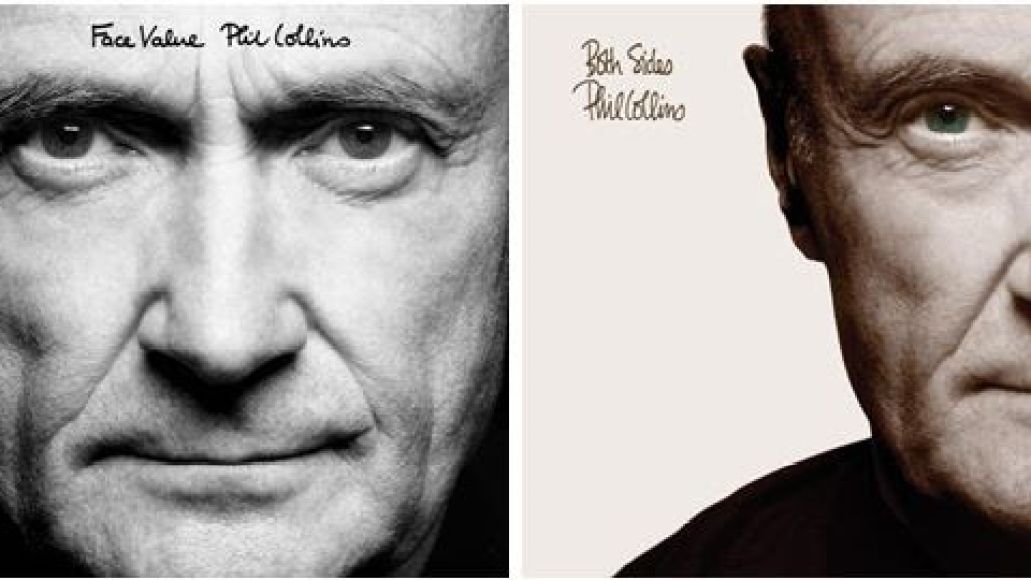 To hammer this point home, Collins has re-created the iconic album covers with his wisened mug of today, which seems more or less like an official Internet meme of sorts. It’ll be interesting to see how Hello, I Must Be Going and No Jacket Required will look in the coming months as he rounds out this series with the six remaining albums.

As expected, the reissues will be available in a variety of formats, including CD, digital, and 180-gram audiophile vinyl. What’s cool is that the vinyl deluxe boxed sets will come with extra space to squeeze in the rest of the collection as it comes. You’ll have to wait, though. After all, you can’t hurry love.

Here’s hoping this whole campaign gets him back on stage. Wishful thinking?

“In The Air Tonight”: