It’s already political season, and divisive media tactics seem to have us all in a rage for one reason or another. To counter those ploys, this week’s list is packed with a number of all-star collaborations. We have Big Boi alongside Phantogram (aka Big Grams), Jay Rock back with Kendrick Lamar and the Black Hippy crew, DJ E-Feezy pulling together the talents of Denzel Curry, Yung Simmie, and 808 Mafia, and Jacques Renault constructing analog gems with the Emperor Machine. Plus, if Indian Handcrafts’ sludge metal can coexist alongside Youth Lagoon’s dream pop, can’t we just take a moment to appreciate the endearing qualities inside us all? 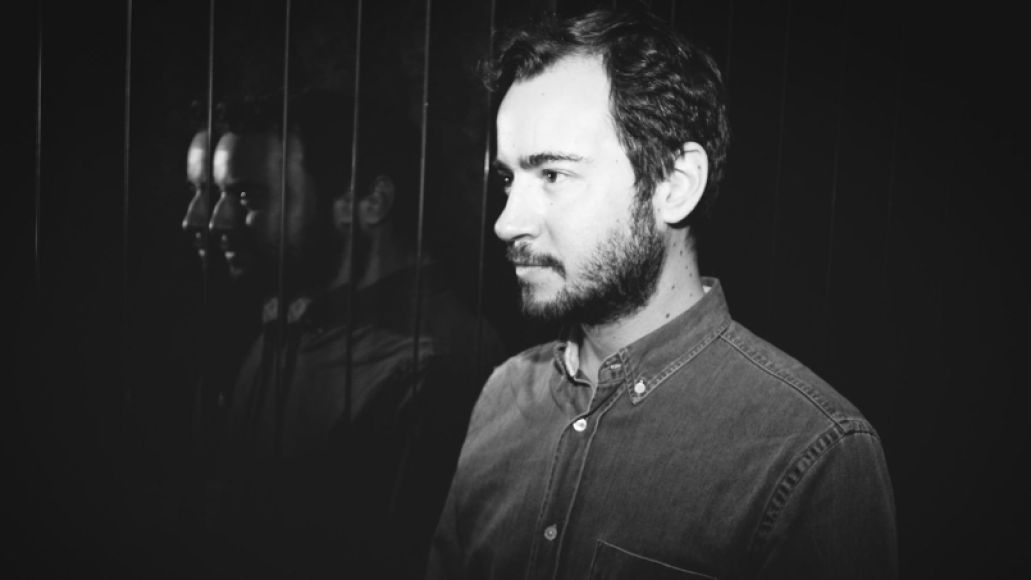 No matter how close a digital machine may emulate its analog precursor, the electronic irregularities can never be mimicked. Let’s Play House co-founder Jacques Renault and Staffordshire-based the Emperor Machine revel in the subtle imperfections of early house and techno burners, instilling those characteristics into their new collab, “Touch You”. Now available via Renault’s Zentrum LP, the song is an easygoing acid compilation, inviting listeners into an open-eyed trance between their jacking melodic interplay. No set should live at peak-time alone; “Touch You” is for those selectors that appreciate the emotive builds and calming farewells. –Derek Staples 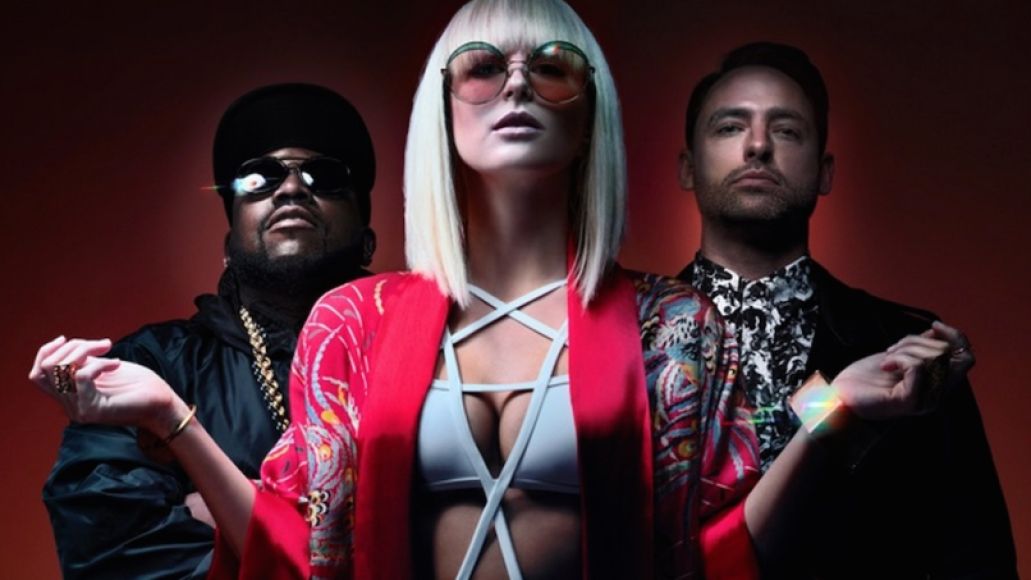 The music industry is often fueled by drama, so it’s a relief whenever an authentic partnership bears career-expanding tunes. The first single from Big Boi and Phantogram’s joint EP as Big Grams, “Fell in the Sun”, evolved from a series of collaborative recording sessions during the making of Big Boi’s Vicious Lies and Dangerous Rumors. Sans deadlines and management pressures, the trio was able to start fresh and challenge their individual and collective artistic boundaries. Established around a soulful, horn-tinged instrumental, Sarah Barthel’s atmospheric delivery balances against the baritone weight of Big Boi. Big Grams (out September 25th via Epic) promises even more experimentation, with Barthel and Josh Carter reportedly honing their rapping chops while Big Boi sings atop a few beats. –Derek Staples 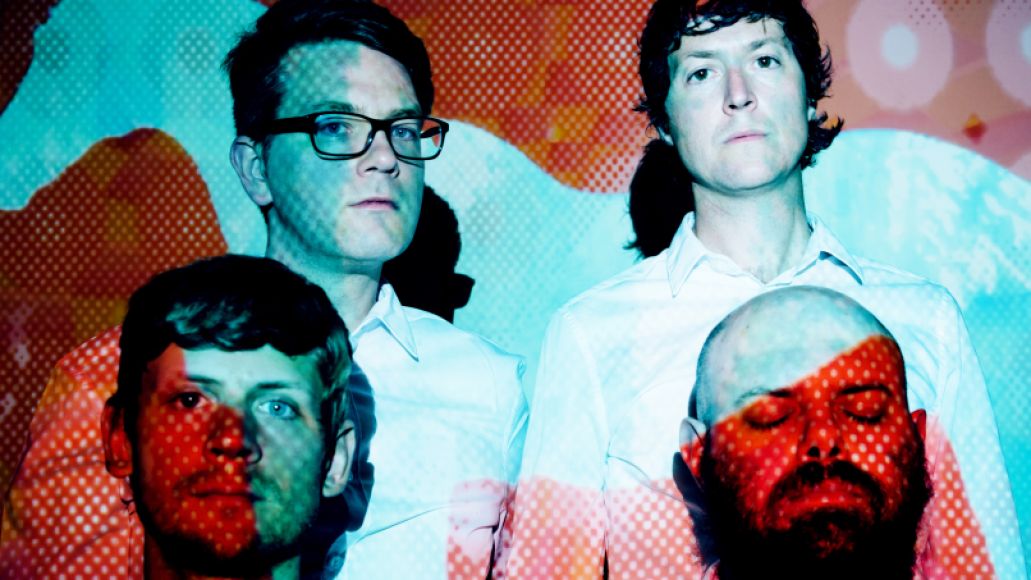 Most of the songs Damian Abraham commandeers as the head of Fucked Up keep things economical. For his guest spot with Fresh Snow, a heavy psych troop from Toronto, Abraham gets to sprawl across a whopping 11 minutes. “Don’t Fuck a Gift Horse in the Mouth” unfurls along a steady chug, slowly taking up more and more space as the bass curls deeper into a web of synthesizers. Then the lead guitar and the drums face off in sharp dives, and just when everything starts to sweeten, Abraham thunders in, scraping the polish off the melody Fresh Snow has woven together. If you like a tint of cinematic grandiosity with your hardcore catharsis, “Don’t Fuck a Gift Horse in the Mouth” makes a perfect marriage. File it next to Deafheaven under “screams to cry to.” –Sasha Geffen 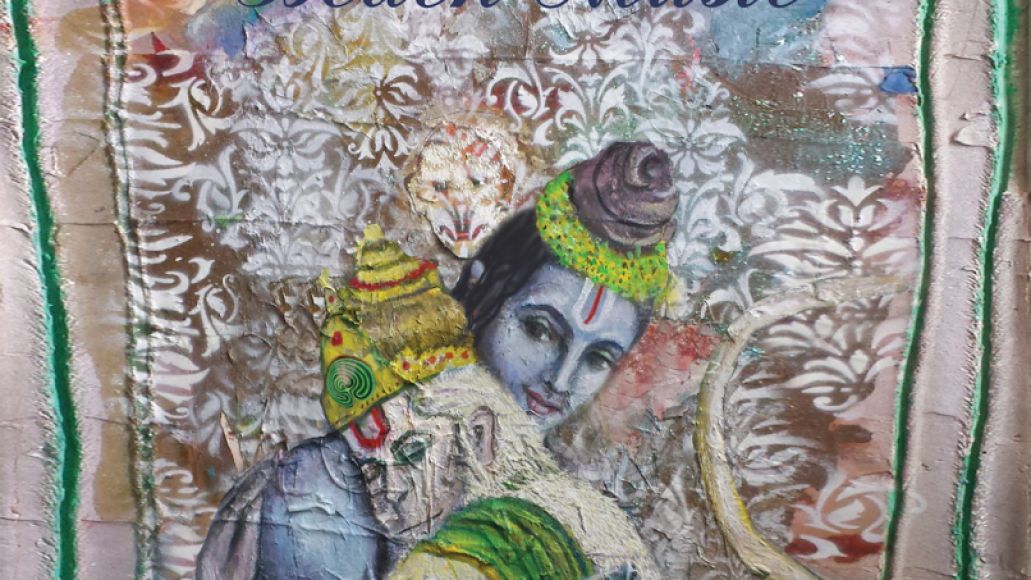 The more we hear of Alex G’s new album, Beach Music, the less stable it all sounds. The Philadelphia songwriter known for scratching out perfect two-minute gems now lets his mind unspool for going on five minutes, and “Salt” brings a viscosity to justify that runtime. Alex Giannascoli’s voice pitches and warbles, first naturally and then with the help of a few digital tweaks. His timbre lubricates the thin, ramshackle drum machine behind him; he drifts in and out of focus, singing lines like “Don’t make me hurt you” with the most offhand gentleness. “Salt” takes a few spins to hit, but when all its wrong parts lock into place, you’ll find yourself hooked along for the ride. —Sasha Geffen 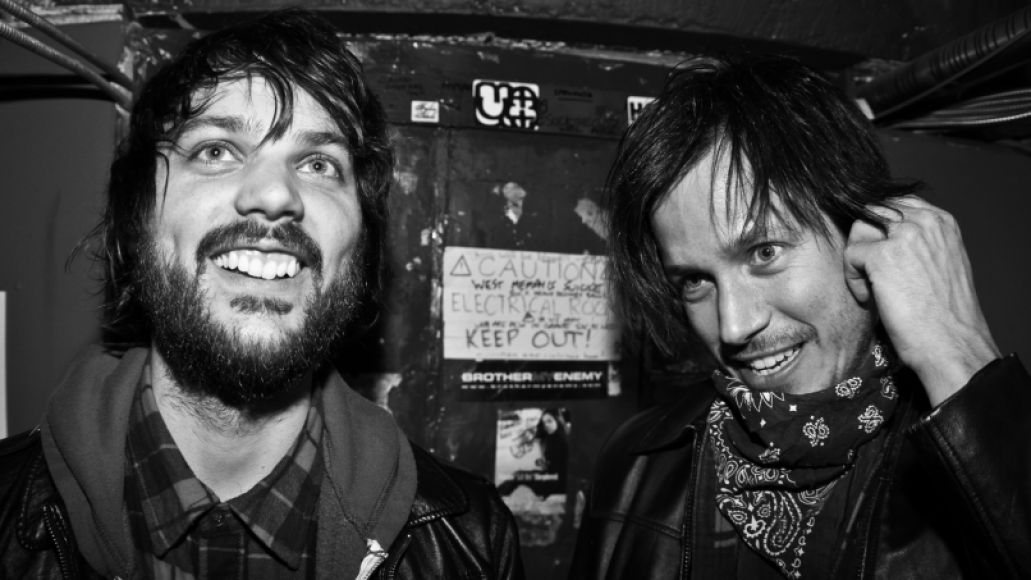 The riff that opens “The Divider”, the latest from Ontario stoner metal duo Indian Handcrafts, is the sort that chugs into your brain and seeps like black tar until the whole thing is filled up. It doesn’t hurt that Daniel Allen has a few more massive guitar lines to burn later in the complex track, or that James Aikins’ thumping drums lead the charge through much of the six-and-a-half-minute epic that stretches between KISS harmonies, cracked-sky acoustic interludes, and furious headbanging melodies. This expansive jam bodes well for their upcoming Creeps, due October 2nd via Sargent House. –Adam Kivel 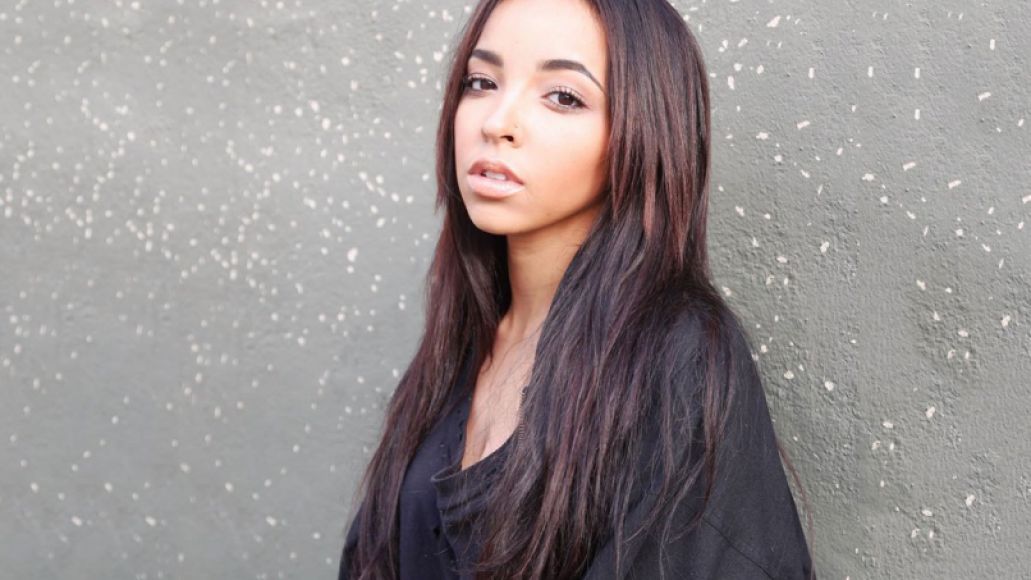 R&B singer Tinashe’s best-known song, the Schoolboy Q-featuring “2 On”, is an ode to being young and fucked up. Now, she’s back with “Party Favors”, which isn’t as innocent as it might sound. The beat is a drowsy, post-DJ Mustard whirl over which Tinashe and obvious recruit Young Thug chronicle their stony sagas. “I feel like I’m the highest in the room/ I feel like I could fucking kiss the moon,” Tinashe begins, which is one way to enter a song. Thug, an avowed proponent of weed, lean, Percocet, Xanax, and other things he should be wary of glamorizing too much, takes the opportunity to reveal his penchant for nose candy: “I took Hannah Montana before the show!” Throughout, Tinashe and even Thug sound poised and focused in a way that runs counter to the mental states described in the lyrics. –Michael Madden 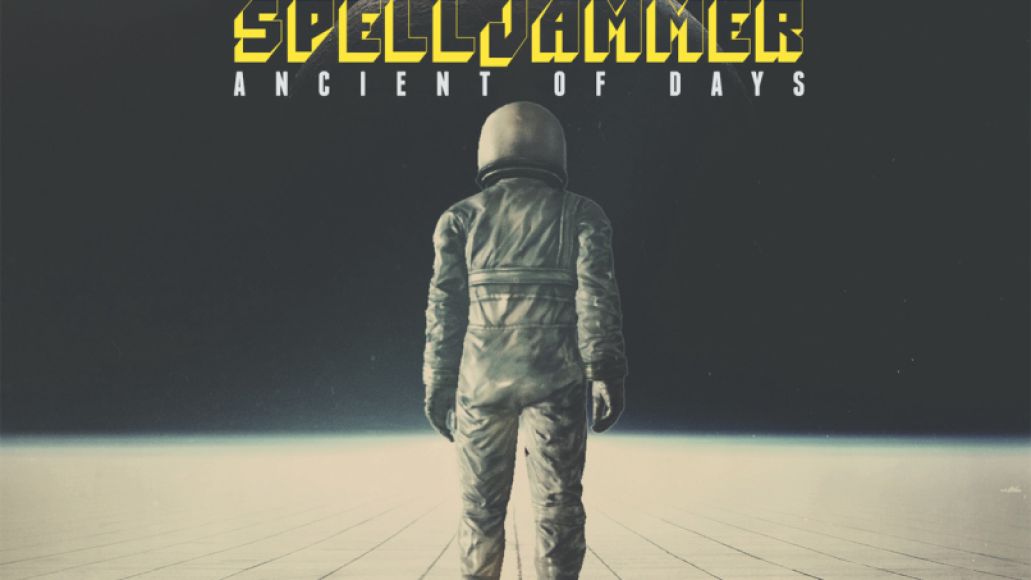 When you come across a metal band named Spelljammer, you’d think it would be safe to assume you’re in for some dark, mysterious fantasy business. Heck, it’s the name of a campaign setting for Dungeons & Dragons — but not so fast! This particular adventure is set in outer space, and the Stockholm-based trio sound like they’re riffing and shouting from the outer rings of Saturn, loud enough to make sure they reach the Earth’s atmosphere before lighting ablaze and falling to our ears. “Borlung” is a slow, stoned headbanger that luxuriates in its pain and darkness at over 11 minutes (!). This might be the sound of being sucked into a black hole. “Borlung” and the rest of Ancient of Days will be available October 2nd via RidingEasy Records. –Adam Kivel 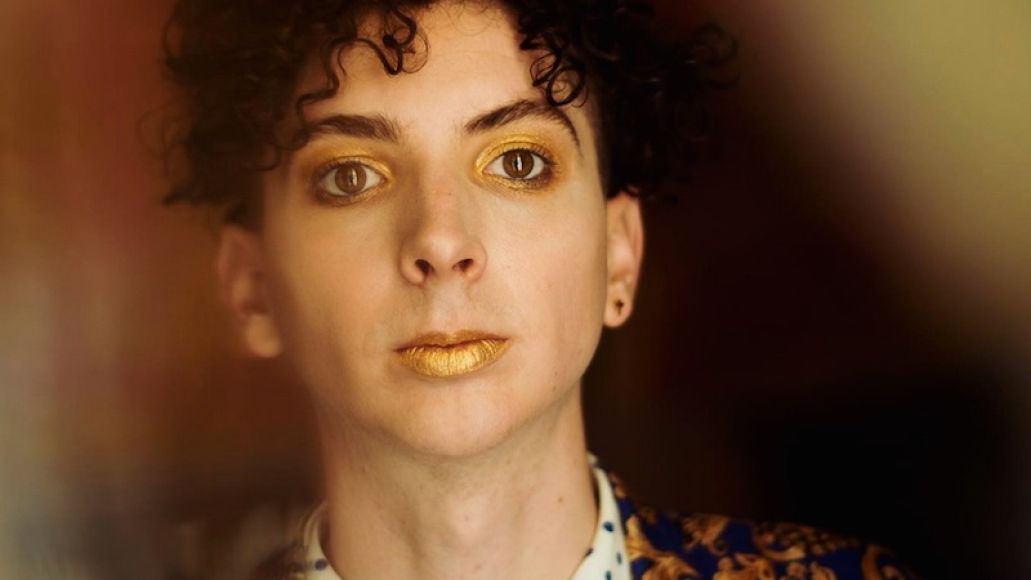 “How are we supposed to know what’s real?” pleads Trevor Powers during the first seconds of “Rotten Human” over a breathy synthesizer chord. The world starts to show its seams across the length of Youth Lagoon’s latest Savage Hills Ballroom single; if Powers’ first two albums kept a kernel of nostalgia for simpler times at their core, here he starts to resent that simplicity. He names the palliatives — drugs, booze, elective boredom — that keep people safe and numb, and he chooses to flinch away from them. “I’d rather die than piss away my time,” he asserts. If the suburbs sounded pretty on The Year of Hibernation, here, they sound like hell. –Sasha Geffen 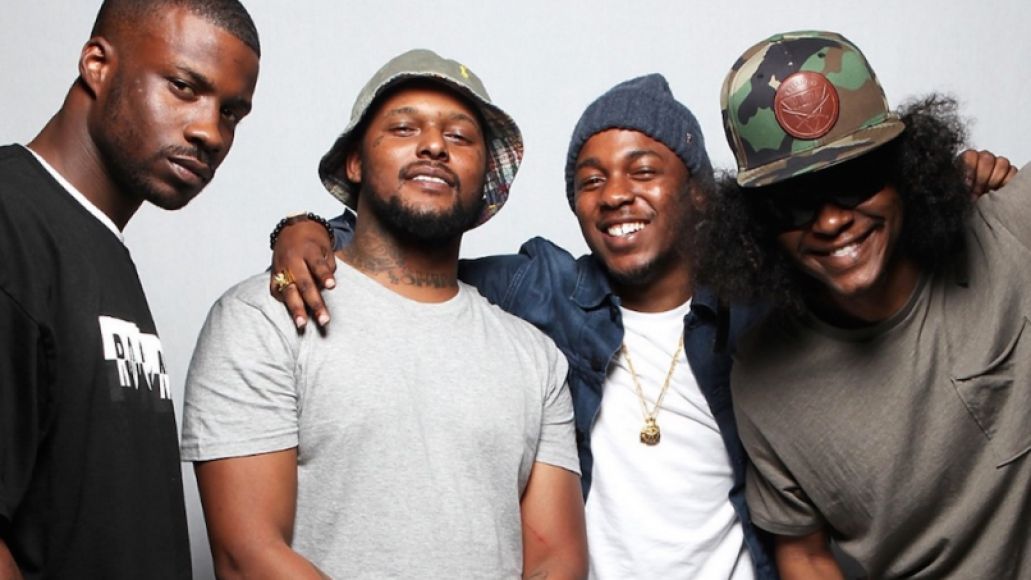 The four rappers in Black Hippy — Kendrick Lamar, Schoolboy Q, Ab-Soul, and Jay Rock — make big things happen whenever they come together for a new song. Such is the case on the flickering, subtly melodic “Vice City”, which appears on Rock’s long-awaited 90059, out today. All these guys have been voices of reason for their California communities in the past, but this song is virtually all braggadocio, whether it’s coming from the unusually hedonistic Kendrick, the promiscuous Rock, the enlightenment addict Soul, or the victory lap-circling Schoolboy. It’s all delivered in a rhyme pattern in which the last two or three words of each line fall slightly off beat — an inventive trick coming from a crew that has plenty up their sleeves whether solo or together. –Michael Madden 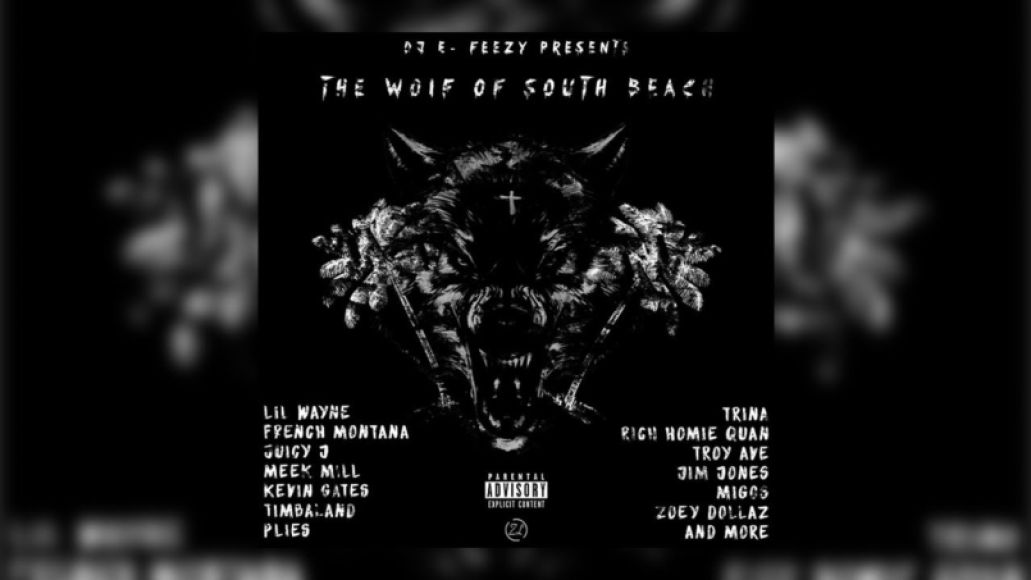 There are a great many songs on the new mixtape by DJ E-Feezy, the excellently titled The Wolf of South Beach, and one you shouldn’t overlook features two young Floridians who look like underdogs next to the likes of Lil Wayne, Juicy J, Meek Mill, and Migos. Denzel Curry and Yung Simmie broke through together on Curry’s “Threatz” in 2013, and they’ve proven to be a reliable pair ever since, with Curry usually bringing the more impressive bars and Simmie adding nonchalant hooks. That’s what happens on “Everywhere I Go”, though both get in their bars. Curry claims his music is dark and punishing enough to make “Black Sabbath look like the Beach Boys,” while Simmie outlines his playboy itinerary: “Everywhere I go I’m a fuckin’ chick magnet/ Grocery store, pick a bitch, then I bag it.” ATL production team 808 Mafia provide what might be the most bonkers rap beat of the week, an interstellar, bass-rattling quake that allows Curry and Simmie to chomp at it like sharks. –Michael Madden