, err, William Corgan, has made a habit of surprising his fans with his random, sometimes straight up oddball, hobbies. He’s done the pro wrestling thing, launched a career in musical theater, and even performed an eight-hour concert based around the Herman Hesse novel Siddhartha — indeed, The Smashing Pumpkins frontman is hardly what’d you call your run-of-the-mill musician.

His latest left-field venture comes in the form of People and Their Cars, a new website filled with faded, vintage images of — you guessed it — people and their cars, along with additional pics of old bridges, ships, and bedrooms. It’s like a hipster’s Instagram account, but like, filled with the the real deal. The photography project is so near and dear to Corgan’s heart, that he’s even quit Twitter to focus on it more, per his very final tweet on Monday (seen below). 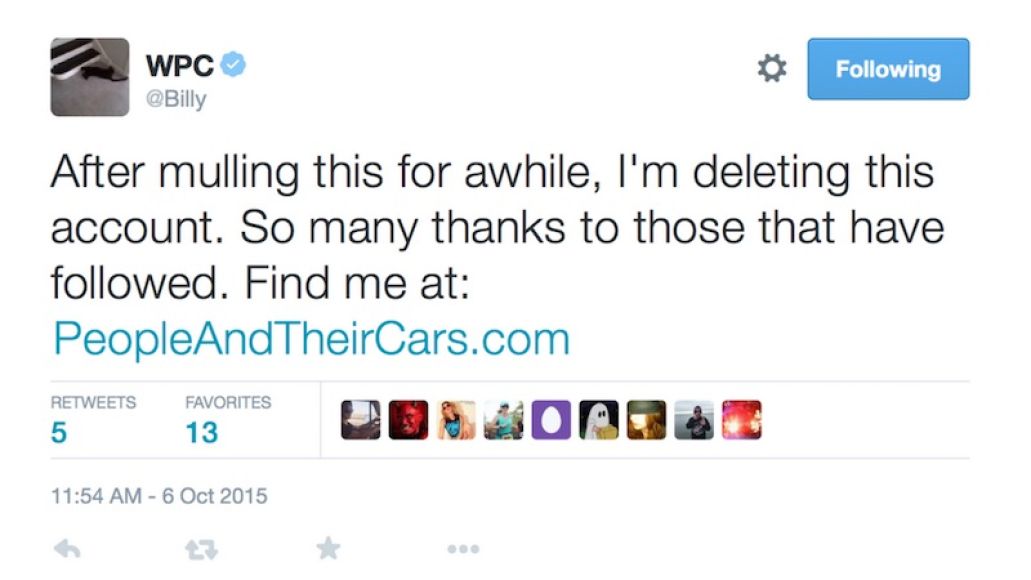 For those interested in keeping up with Corgan and his Cars (that sounds like a good idea for a weird documentary, no?), there’s a “Red Border Club” email list that folks can partake in. Club members will “not only the chance to receive additional images, but to be ‘first-in-line’ for updates on new merchandise and forthcoming People And Their Cars/Hexestential books. An it’s all for FREE: with no catch, fees, or obligation to buy.”